10 memorable moments from Infiniti in 2015 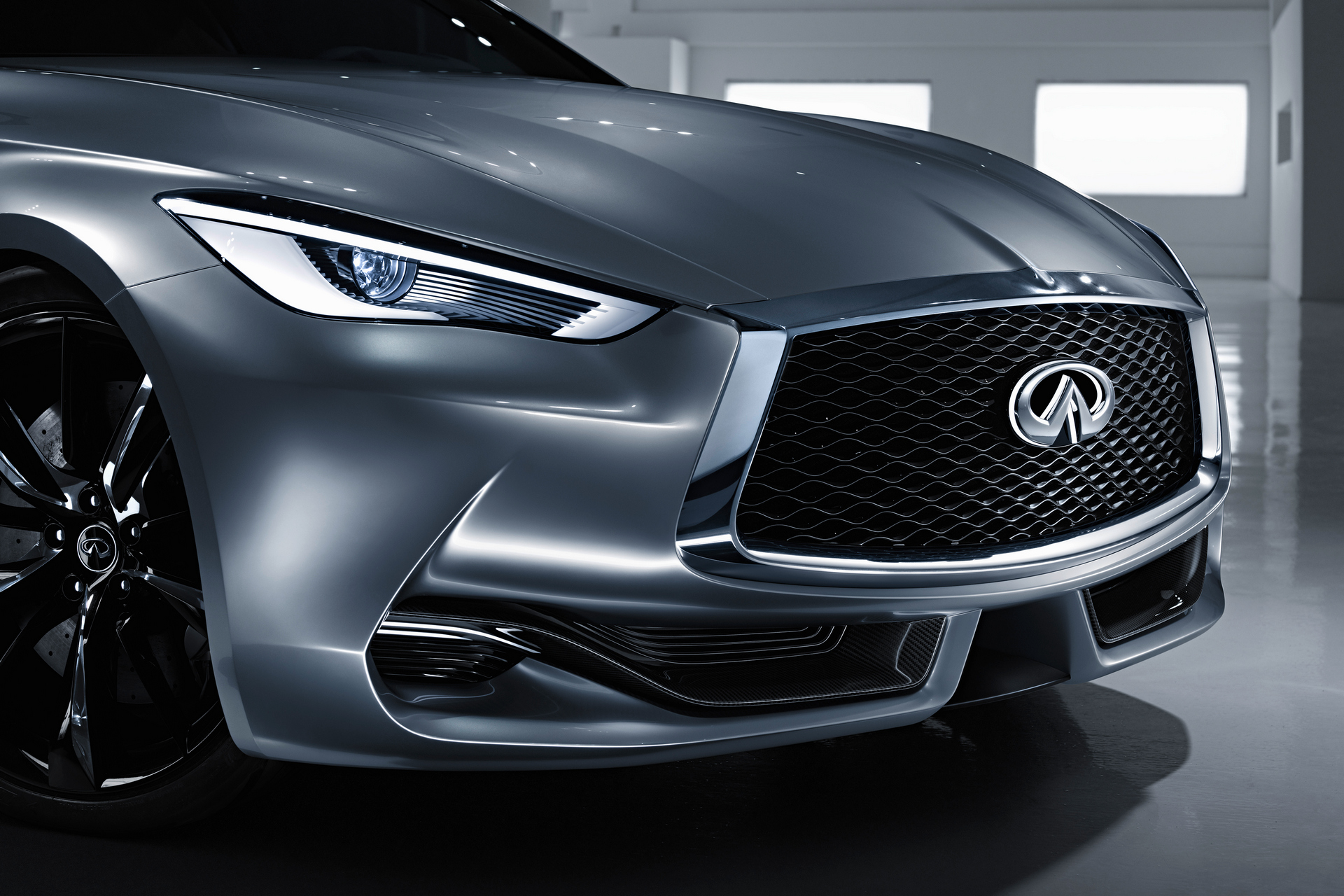 As 2015 comes to a close, we pause to reflect back on the past year. Record sales in the U.S. and around the world – and a host of new products including Q50, QX60, QX50, QX30, plus a new engine and some exciting concept cars – are just a few of the things for which Infiniti is thankful. Infiniti and Carrrs.com wish you a successful 2016.

Ahead of the holidays and the Detroit show in January, we unwrapped a few presents early. At a special event in Detroit, Infiniti Americas Vice President Randy Parker announced the availability of three new turbocharged engines for the Q50, including an advanced 400-horsepower 3.0-liter twin-turbo V6, and debuted the 2016 QX60 with restyled exterior and interior designs and improved driving dynamics. 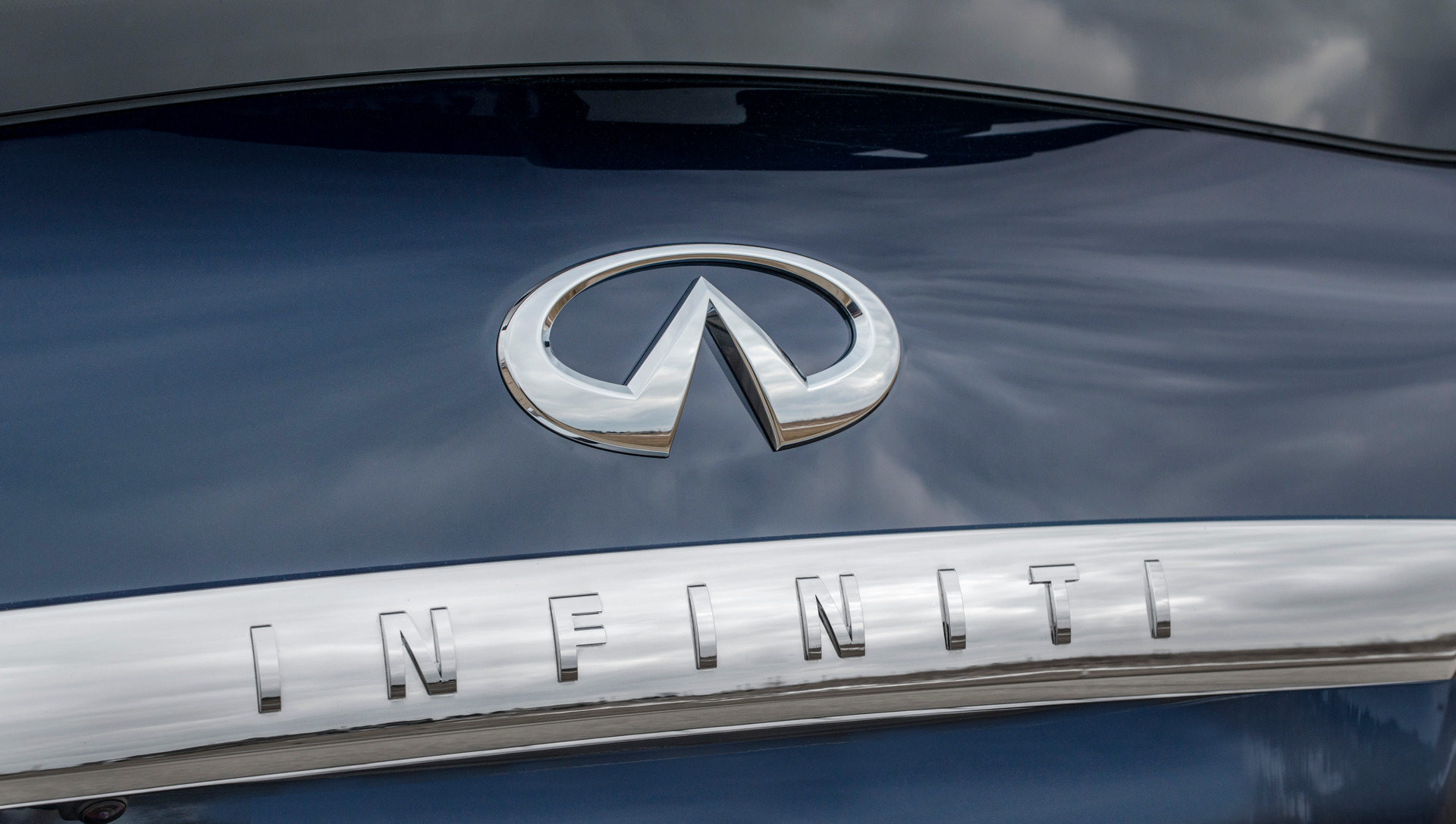 Infiniti recorded another exceptional sales performance in November when the company sold more than 19,100 vehicles globally, an increase of more than 1,300 vehicles, or 8 percent, over November 2014. This marks the 15th consecutive month of best individual months on record. With that result, Infiniti already surpassed its full-year 2014 sales volume – a record at its time – after just 11 months in 2015. Consequently, 2015 will see another all-time high result for the brand.

Strong sales performances in key regions and markets generated the sound global sales result. The 2015 November sales marked the best November in history for Infiniti globally and for many regions and markets including China, Western Europe, Canada, Mexico, Korea and Taiwan. The 2015 November sales was also an all-time record month for the Asia and Oceania region and Australia.

Year to date, Infiniti sold more than 192,000 vehicles ­– up 15 percent from the same period in 2014 and a new record for the company. In October, Infiniti already surpassed its full 2014 calendar year sales results in mainland China and Taiwan. Now in November, the same was achieved in key regions including the Americas, Western Europe and Asia & Oceania, as well as individual markets such as the United States, Canada, Mexico, Middle East, South Africa and Australia.

When the Infiniti QX50 was originally introduced (as the Infiniti EX35), it was one of the first personal crossovers, foreshadowing what has become the hottest segment in the auto industry. It featured Intelligent All-Wheel Drive, one of the most powerful engines in its class and a full-feature interior. It was also the first vehicle to offer technology features such as Infiniti’s innovative Around View® Monitor.

Today, the QX50 remains one of the most powerful and versatile personal crossovers in the segment. But much has changed for the 2016 model year – starting with the addition of 80mm (3.2 inches) to the wheelbase and a revised exterior that brings its design closer in look and feel to other Infiniti models such as the Q50 sports sedan. Standard content has also been increased, including the addition of a moonroof for all grade levels. Additionally, a new Hagane Blue exterior color is now offered.

4. Infiniti QX30: A premium active crossover for all purposes 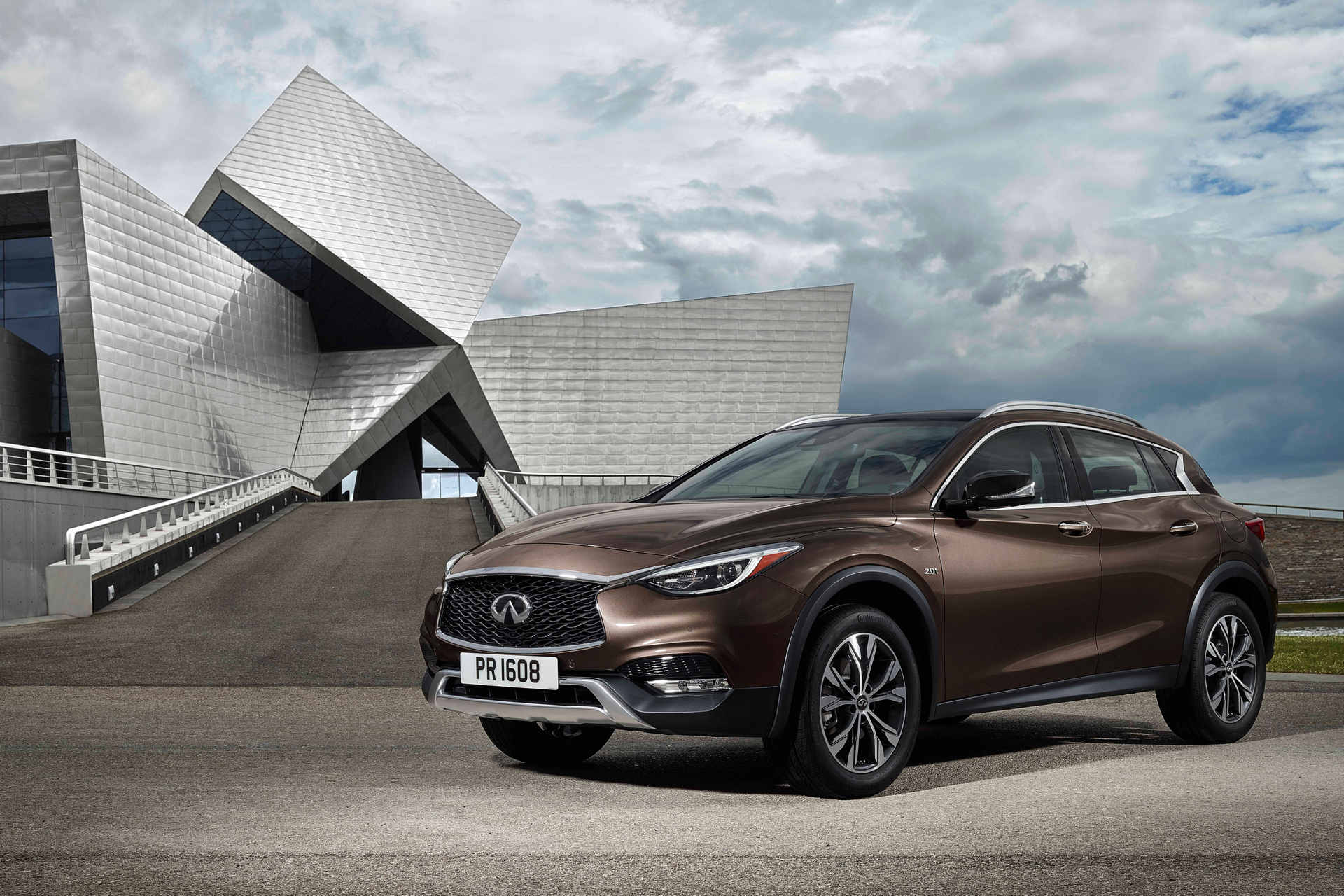 The Infiniti QX30 premium active crossover made its simultaneous global debut at the 2015 Los Angeles and Guangzhou international motor shows – signaling the next phase of the company’s global growth strategy. Created for a new generation of premium buyers who appreciate category-defying design inside and out, the QX30 boasts a purposeful appearance that makes a bold visual statement as part of Infiniti’s premium model line-up.

“With our recent sales successes and record growth, the current product offensive will further strengthen Infiniti’s global market position. The active crossover, QX30, will broaden our offer to new customers around the world,” said Roland Krueger, President of Infiniti. 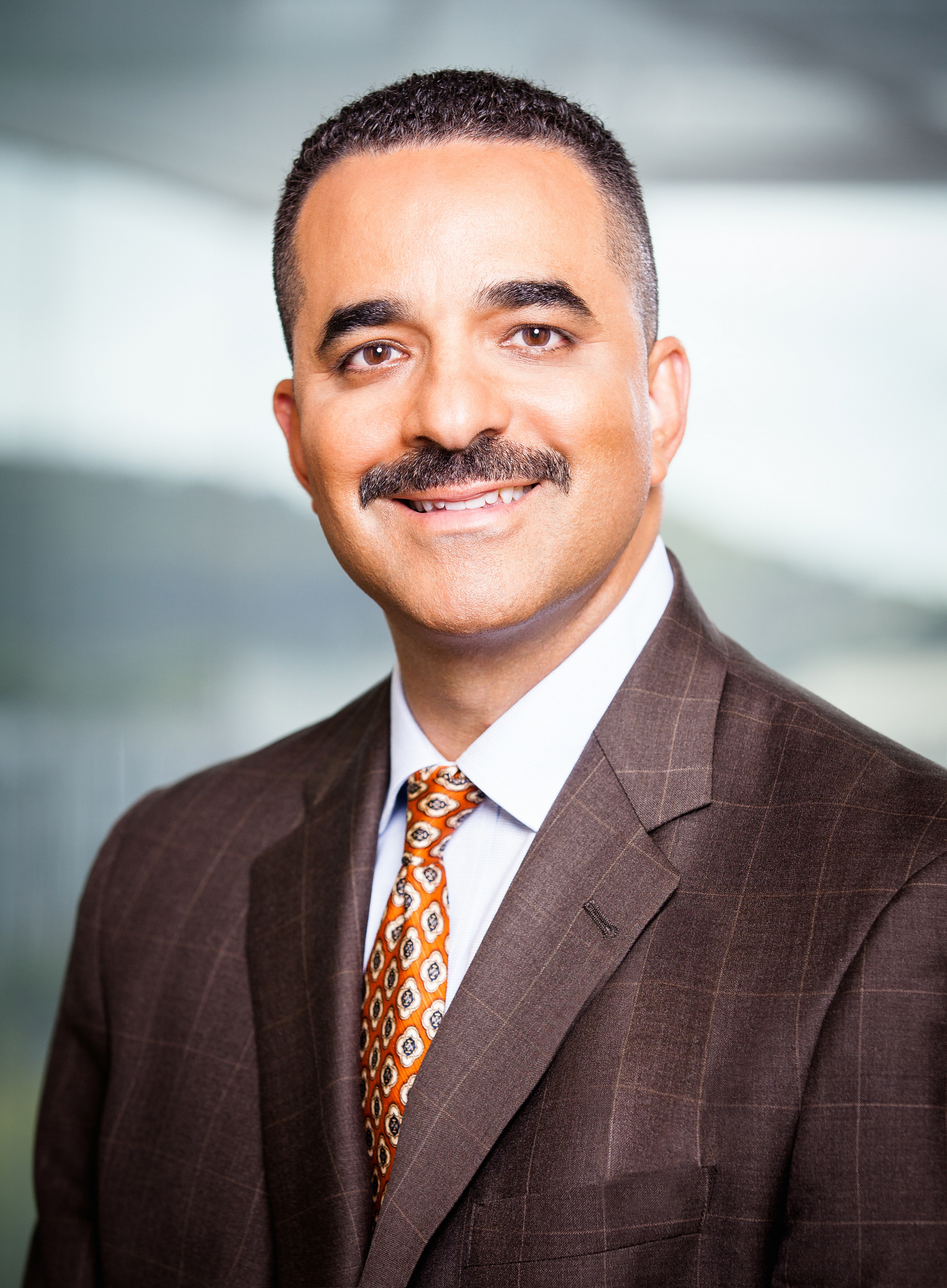 “It is our pleasure to welcome Randy Parker to Infiniti,” said Roland Krueger, president of Infiniti Motor Co., Ltd. “Randy will be responsible for accelerating Infiniti’s progress in our largest worldwide market and driving our brand transformation as we execute an expanded product portfolio of premium luxury products.”

Infiniti has set out to captivate the imagination and exhilaration of sports coupe fans with the stunning Q60 Concept. Premiered at the 2015 North American International Auto Show, the two-door concept hints at Infiniti’s next sports coupe.

The show-stopping Q60 Concept is an original and bold reinterpretation of an elegant lifestyle 2+2 coupe. Its unique combination of eye-catching contours, heart-pumping power and high-quality premium finishes gives premium customers a fresh and expressive style icon to which they can aspire.

7. New York’s culinary and philanthropic leaders flock to the new “MOFAD Lab” for a star-studded opening gala sponsored by Infiniti

MOFAD Lab, the Museum of Food and Drink’s highly anticipated exhibit design studio sponsored by Infiniti, welcomed some of New York’s preeminent philanthropists and culinary luminaries with a star-studded opening gala touching on the theme of flavor and taste earlier in October. The crowd celebrated the Museum of Food and Drink’s first brick-and-mortar space, which opened to the public on October 28 with “Flavor: Making It and Faking It,” a multi-sensory exhibition that shows how the flavor industry transformed the food we eat. In Flavor, visitors go on an adventure through the physiology, science, history, and culture behind flavor — tasting and smelling the entire way.

The 2016 Infiniti Q70 Premium Select Edition was on display in the Infiniti Pavilion at the 2015 Pebble Beach Concours d’Elegance.

“Following the introduction last year of the new Infiniti Q70 long-wheelbase model, we are continuing to expand our flagship Q70 sedan’s portfolio of offerings,” said Randy Parker, vice president, Infiniti Americas. “The new Premium Select Edition package gives the Q70 an extra touch of premium elegance that is right at home here at Pebble Beach – or in any neighborhood or driveway across the country.”

In July, Infiniti released a new campaign for the 2015 QX60, inspired by the 1983 classic “National Lampoon’s Vacation” which coincided with the July 29 release of Warner Bros. Studio’s remake. The campaign begins with a TV commercial starring the original movie’s car-loving blonde bombshell and supermodel, Christie Brinkley, and puts a spin on the famous movie scene as the modern day family heads to Walley World.

In the national spot titled “Vacation,” Ethan Embry (who notably starred as Rusty in “Vegas Vacation”) loads his family in the roomy 3-row QX60 and hits the road for Walley World. While on the road trip, Ethan looks in his side view mirror and sees an attractive blonde in a sports car fast approaching. As Ethan and the blonde keep up with each other on the highway, Christie Brinkley is revealed as his wife who catches this action and ends the scene with an ironic response: “Honey, a blonde in a convertible? Seriously?”

Infiniti was once again proud to partner with the National Association of Basketball Coaches (NABC), the NCAA and ESPN to sponsor the “Infiniti Coaches’ Charity Challenge.” In its fifth year, the program consists of 48 NCAA® Division I men’s basketball coaches competing for fan votes in a four-round online bracket tournament that helps raise money for charities of the coaches’ choice.

As an official corporate partner of the NCAA, Infiniti made total donations throughout the competition of $349,000. As coaches advance throughout the competition, donations totaling $249,000 were awarded to each of their charities of choice; the farther the coaches advanced, the more money they raised. The final winning coach received a total of $100,000 to benefit his charity of choice.