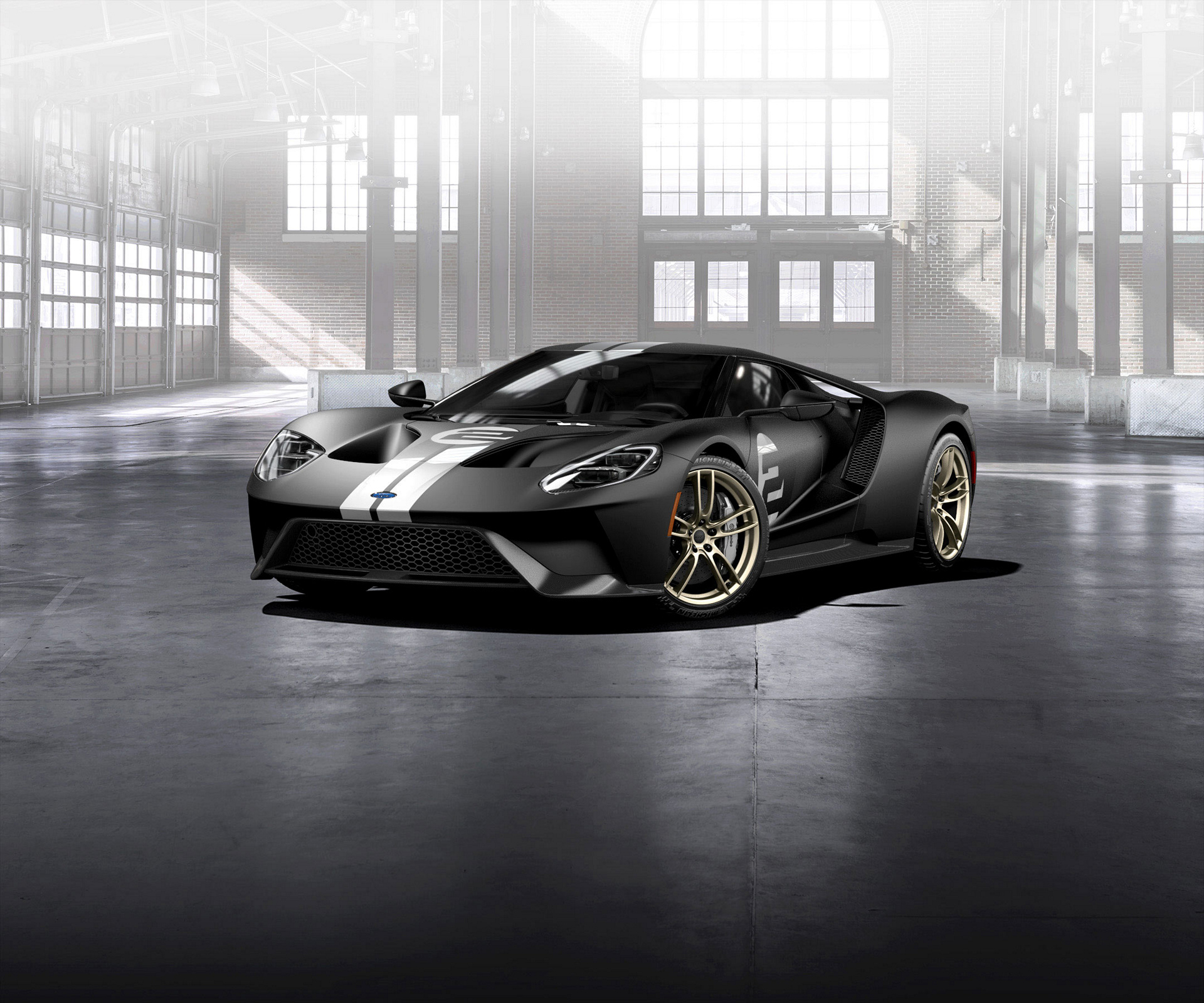 The all-new 2017 Ford GT will be available in a limited-edition Heritage theme honoring the GT40 Mark II driven to victory by Bruce McLaren and Chris Amon at Le Mans in 1966 – part of the historic 1-2-3 Ford GT sweep. The car will feature unique interior and exterior color themes, and an exclusive wheel finish. 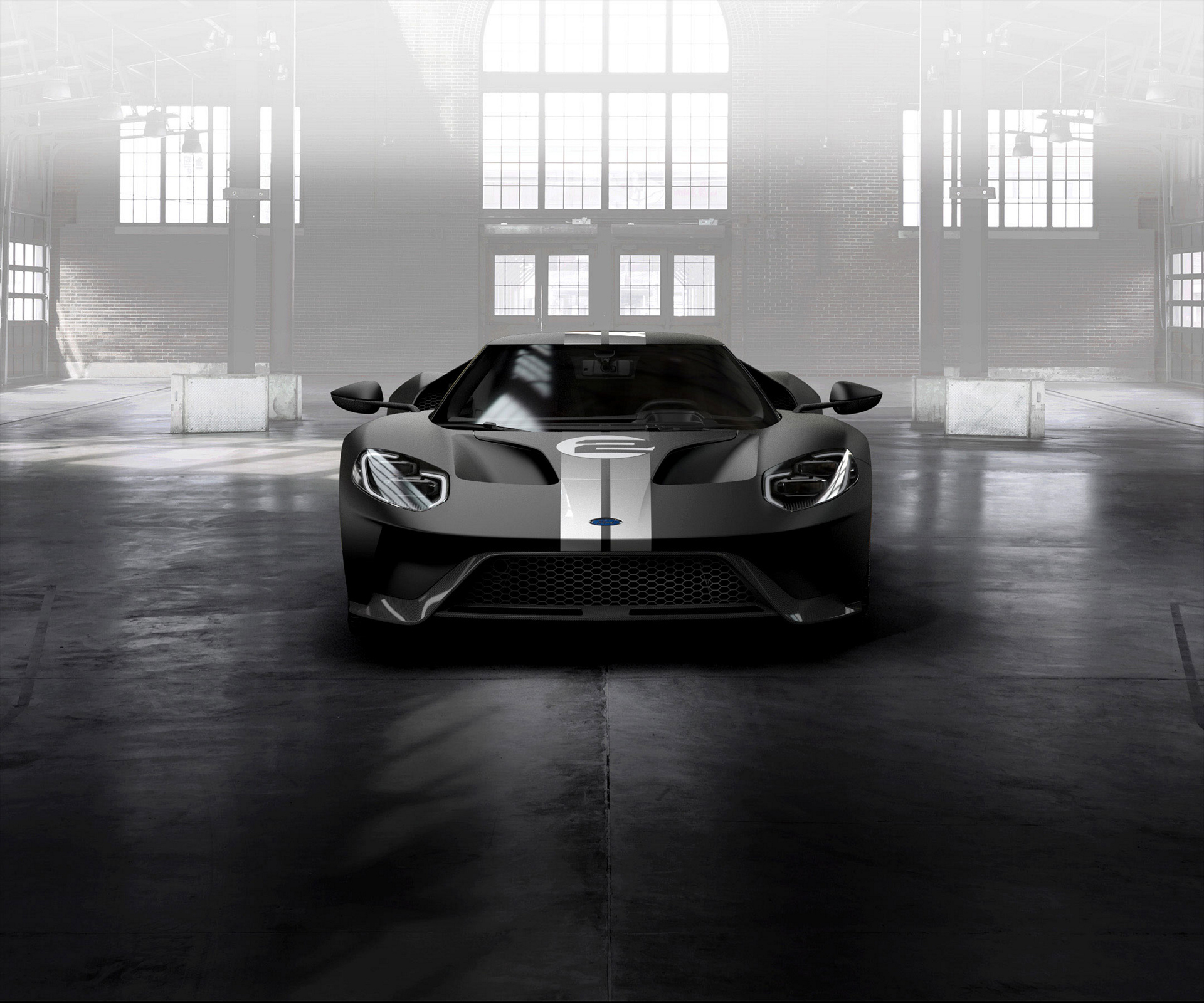 “Celebrating the anniversary of Ford’s historic victories at Le Mans has always been a part of the return of the Ford GT,” said Raj Nair, Ford executive vice president, product development, and chief technical officer. “The 2017 Ford GT ’66 Heritage Edition is a stunning tribute to the car that kicked off Ford’s string of Le Mans victories in 1966.” 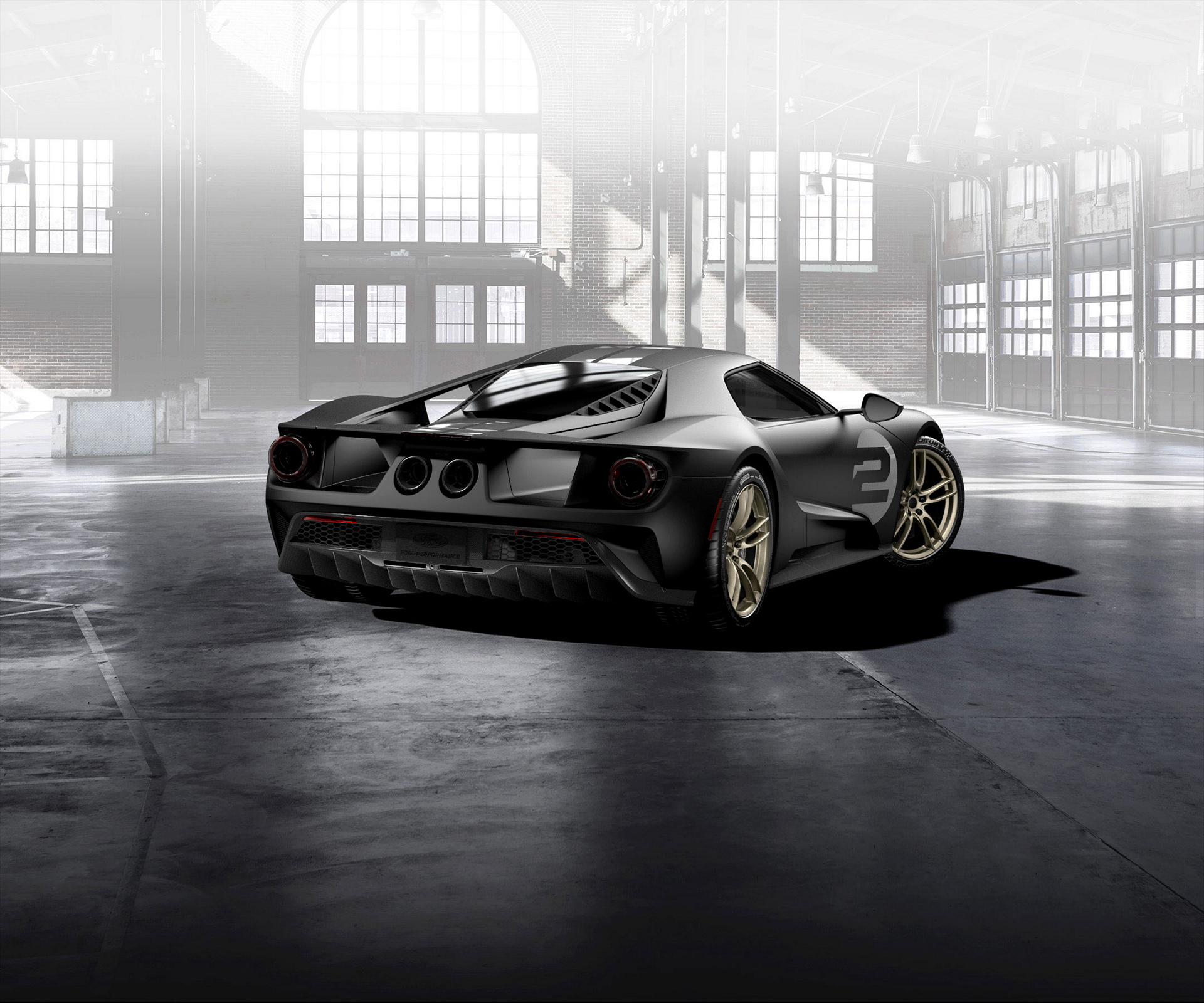 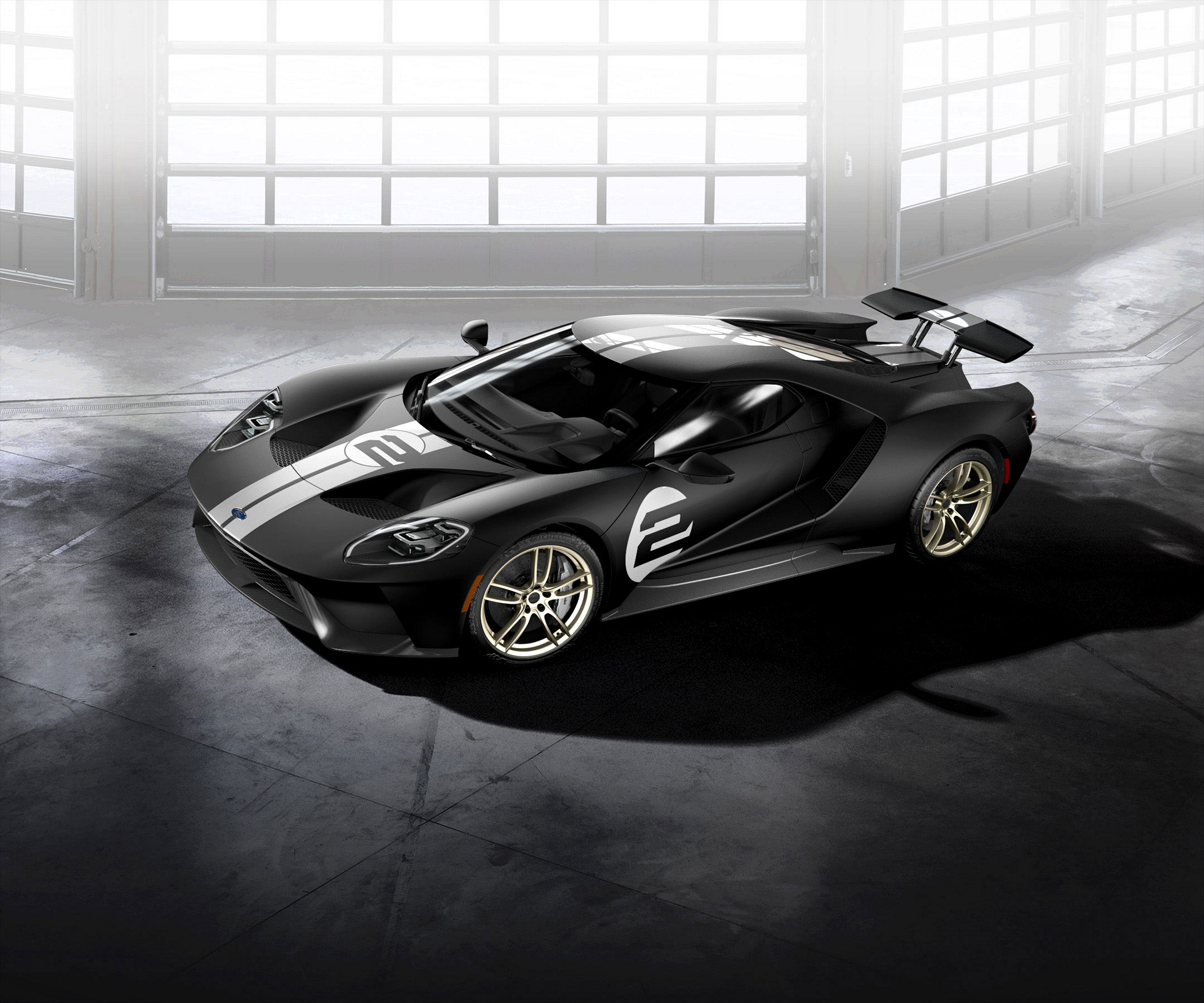 The interior of the limited edition model wraps the Ford GT carbon-fiber seats in Ebony leather, with pillowed inserts and plow-through stitching, and the seats’ head restraints and the steering wheel are debossed with the Ford GT logo. The instrument panel, pillars and headliner also features an Ebony-leather wrap, with gold appliqués on the instrument panel, the seat’s X-brace and shift paddles. Like the 1966 race car, the steering wheel is leather wrapped, with seat belts featuring a unique blue webbing. 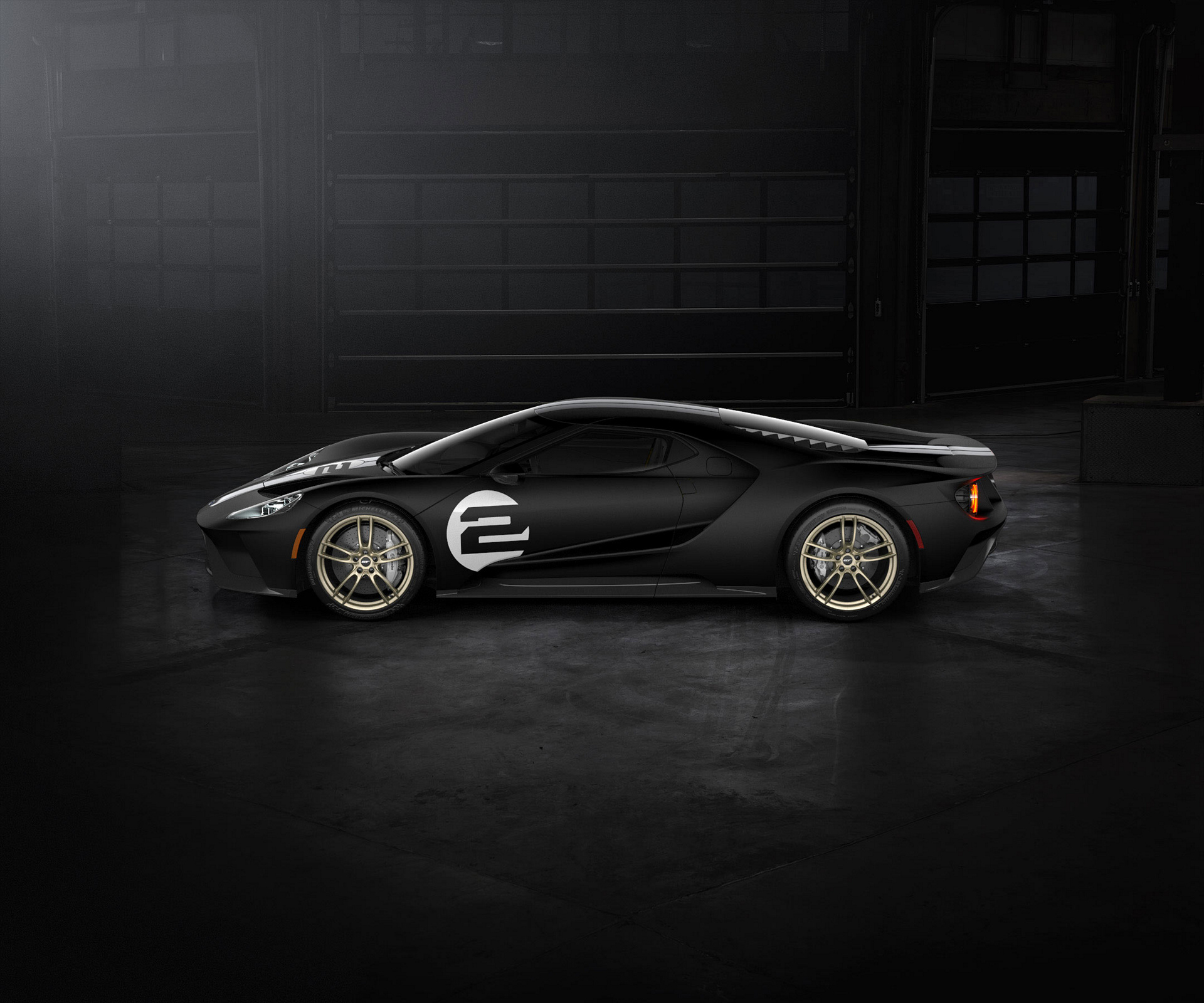 Garen Nicoghosian, exterior design manager for the car, says the team set out to highlight where it all started with the Ford GT. “While the looks are distinctly based on the GT40 Mark II race car,” he says, “we’ve accentuated new styling cues to provide a modern interpretation.”

The Ford GT ’66 Heritage Edition can be viewed at FordGT.com using the configuration tool. Limited quantities will be available for the 2017 model year only.