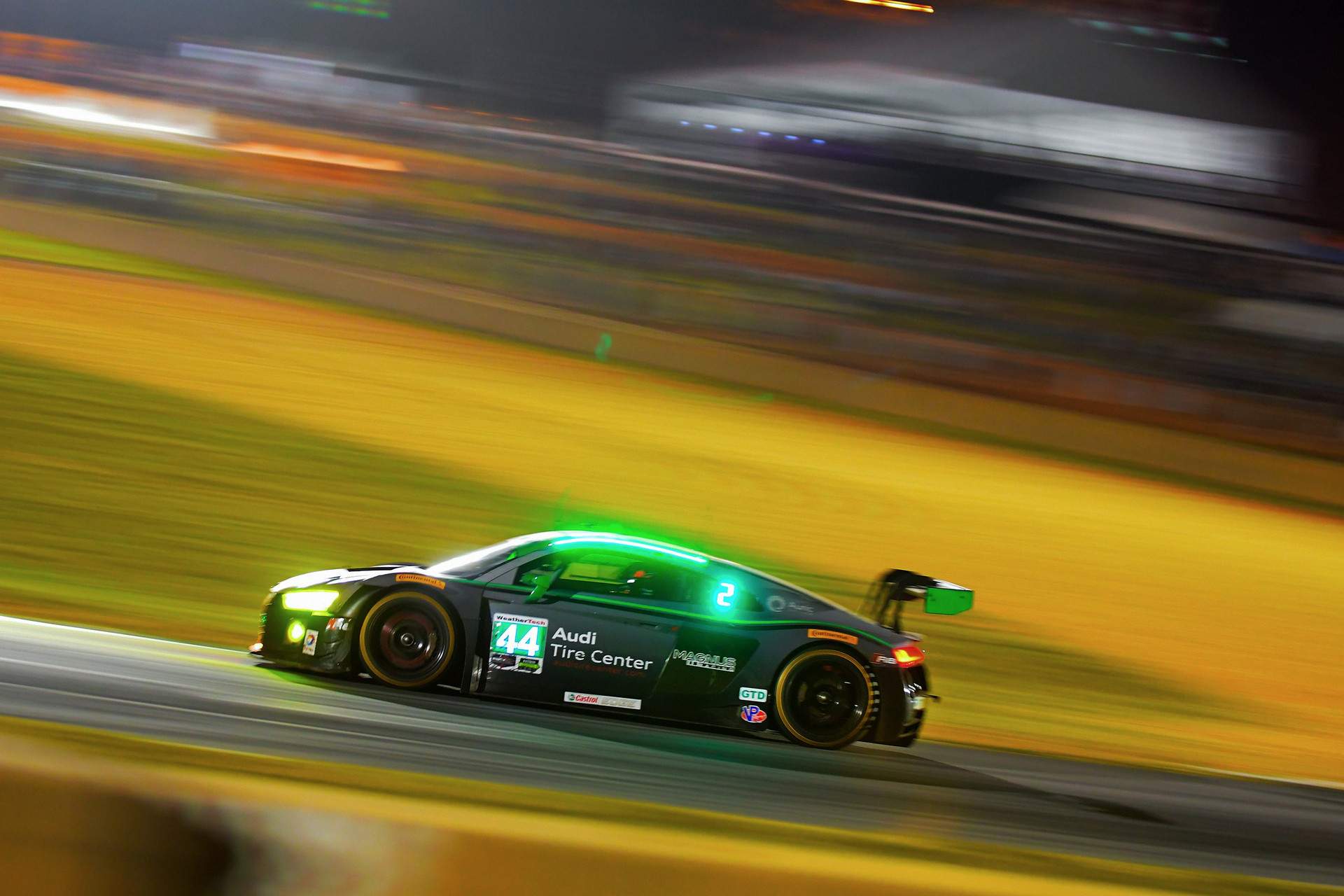 The Audi R8 LMS won manufacturer and endurance championships in its debut race season, once again highlighting the durability of the Audi R8 LMS and the Audi R8 production car, which share 50 percent of their parts with each other. Magnus Racing and Stevenson Motorsports delivered great results to win championships, underscoring the partnership between the teams and Audi Sport customer racing.

The 2016 season kicked off strong for the all-new Audi R8 LMS, when the #44 Magnus Racing car scored major points by winning the Rolex 24 Hours At Daytona, Northeast Grand Prix and a 3rd place finish in the 12 hours of Sebring. Stevenson Motorsports’ mid-season charge captured podium finishes at CTMP, Northeast Grand Prix and VIR that provided the momentum Audi needed to capture its first IMSA WeatherTech Manufacturer’s Championship in the GTD category.

“Congratulations to Audi on winning the IMSA GTD Manufacturers Championship,” said Johnny Stevenson, Stevenson Motorsports team owner. “We are proud to have been a part of their great season, and hopefully we can take everything we learned this year and come back even stronger in 2017. The whole Audi Sport customer racing group did a great job supporting us, and we are already looking forward to next season.”

“Finishing the 2016 season with the Tequila Patrón North American Endurance Championship is a great way to close the year,” said John Potter, team owner and driver of the #44 Magnus Racing Audi R8 LMS. “The cornerstone of the series is endurance racing, so to walk away with the championship in our first season with Audi is absolutely incredible. As both the team owner and one of the drivers, a big part of my satisfaction comes in the teamwork.”

Audi holds a special place in the record books of Petit Le Mans. In 19 years of running this 10-hour endurance race at Road Atlanta, Audi has captured the overall victory nine consecutive times. In 2014, The Audi R8 LMS finished first in the GTD category, proving endurance racing success is part of the Audi production car DNA.

Audi Sport customer racing is proud to support Magnus Racing and Stevenson Motorsports, who scored valuable points throughout the season to bring home the TPNAEC & IMSA Manufacturer’s Championships for the first time.

The Audi R8 LMS shares 50 percent of its parts and is equipped with the same engine as the 2017 Audi R8 production car. Customers of the road car benefit from the same level of durability engineered into every Audi R8 race car. The Audi Space Frame is manufactured in the same facility for the road and the track.