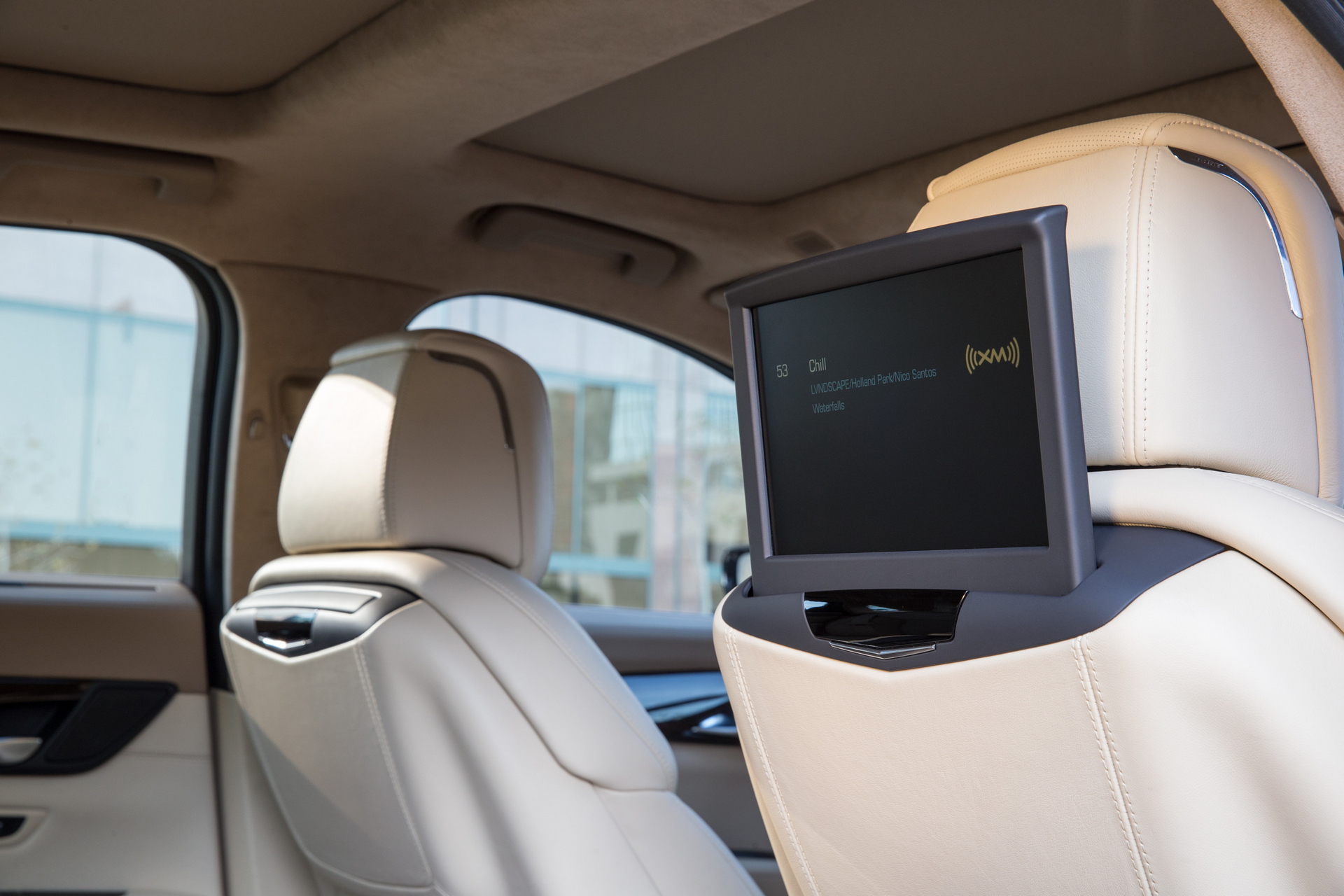 The 2016 Cadillac CT6 features an indulgent interior and industry-leading technology, including the available rear seat infotainment system that further elevates the back seat experience.

Headlining the advanced capability of the CT6’s rear seat infotainment system are the HDMI and USB ports located on the front of the rear center seat or in the rear seat center armrest. By utilizing these ports in combination with the vehicle’s built-in 4G LTE Wi-Fi network, owners can use devices such as Google Chromecast, Amazon Fire TV Stick or Apple TV to stream internet content directly (such as Netflix, Hulu or YouTube) to the rear seat screens. The ports can also be used to mirror device displays via the HDMI port or to play media stored locally on a drive.

The rear seat infotainment system includes two independent, articulating 10-inch-diagonal HD screens. The screens have been designed to seamlessly integrate into the CT6’s cabin and retract into the front seat backs when not in use. The screens tilt to make viewing easier and will remember that position until set to a new one. Passengers can play Blu-ray DVDs, view media information, see what is on the front CUE screen and adjust the rear massage function. (Rear seat massage on Platinum models only.)

The rear seat infotainment system is standard on the 2016 Cadillac CT6 Platinum trim; it is available as part of the Rear Seat Package on CT6 Luxury and Premium Luxury models.

All Cadillac models, including the CT6, come standard with OnStar 4G LTE connectivity with Wi-Fi hotspot that can connect to up to seven devices. OnStar 4G LTE provides a mobile hub for drivers and passengers to stay connected. The hotspot is on whenever the vehicle is on and comes with a three-month/three-gigabyte data trial. 4G LTE is the most current and fastest mobile data network — 10 times faster than 3G. And OnStar 4G LTE offers stronger, broader coverage than smartphones on the same network.

For front seat passengers, the 10.2-inch CUE screen can be used to play media from USBs or Blu-ray DVDs when the vehicle is in Park. Cadillac CUE also provides owners a smart and simple way to access both Android Auto and Apple CarPlay. A “Projection” icon will appear on the CUE screen to enable simpler, easier access to key smartphone functions, including navigation, contacts, hands-free text messaging and select applications supported by Apple or Google.