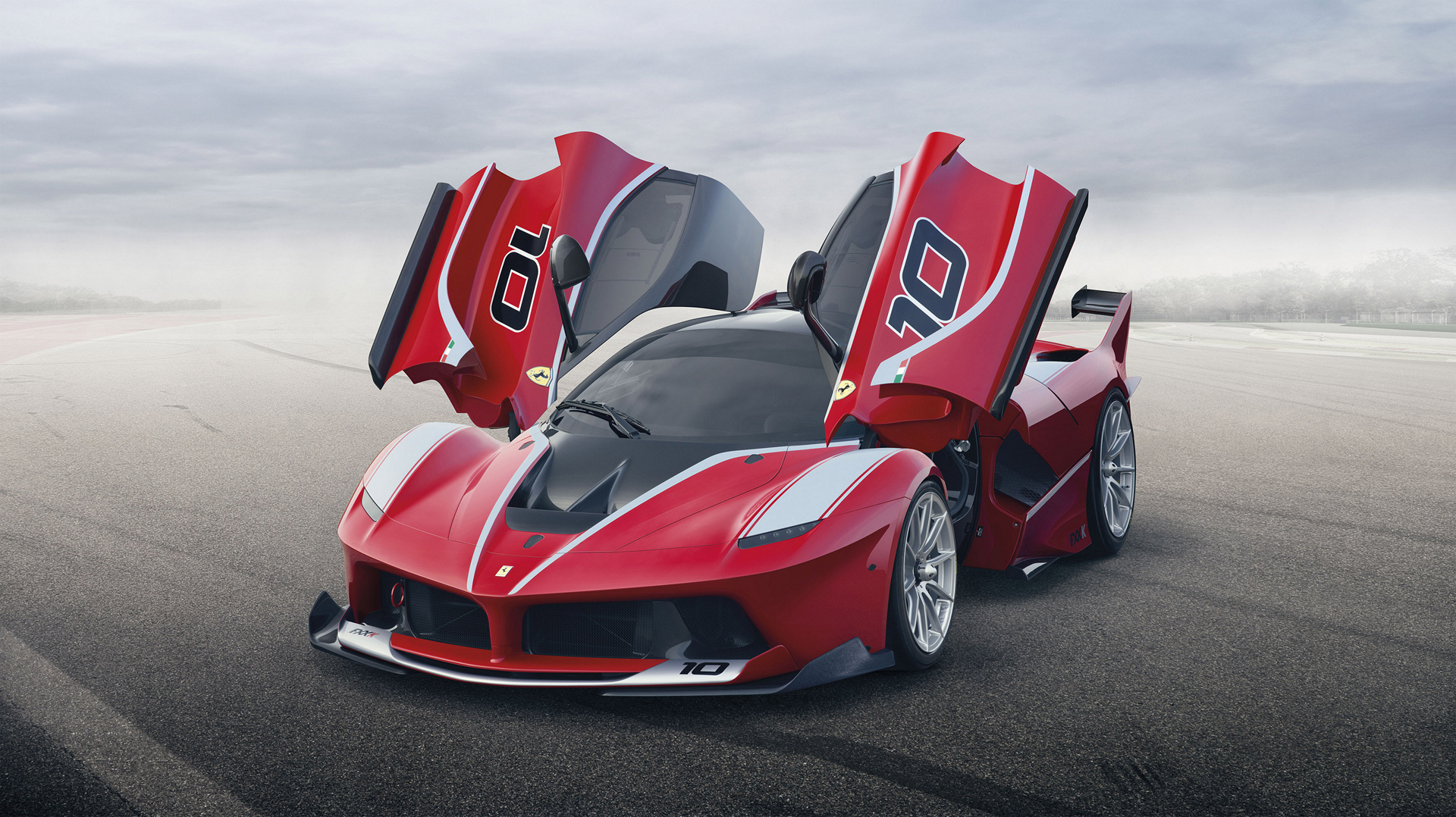 The Ferrari FXX-K is a high performance race car and prototype built by automobile manufacturer Ferrari in Maranello, Italy and designed by architect Flavio Manzoni director of Centro Stile Ferrari. 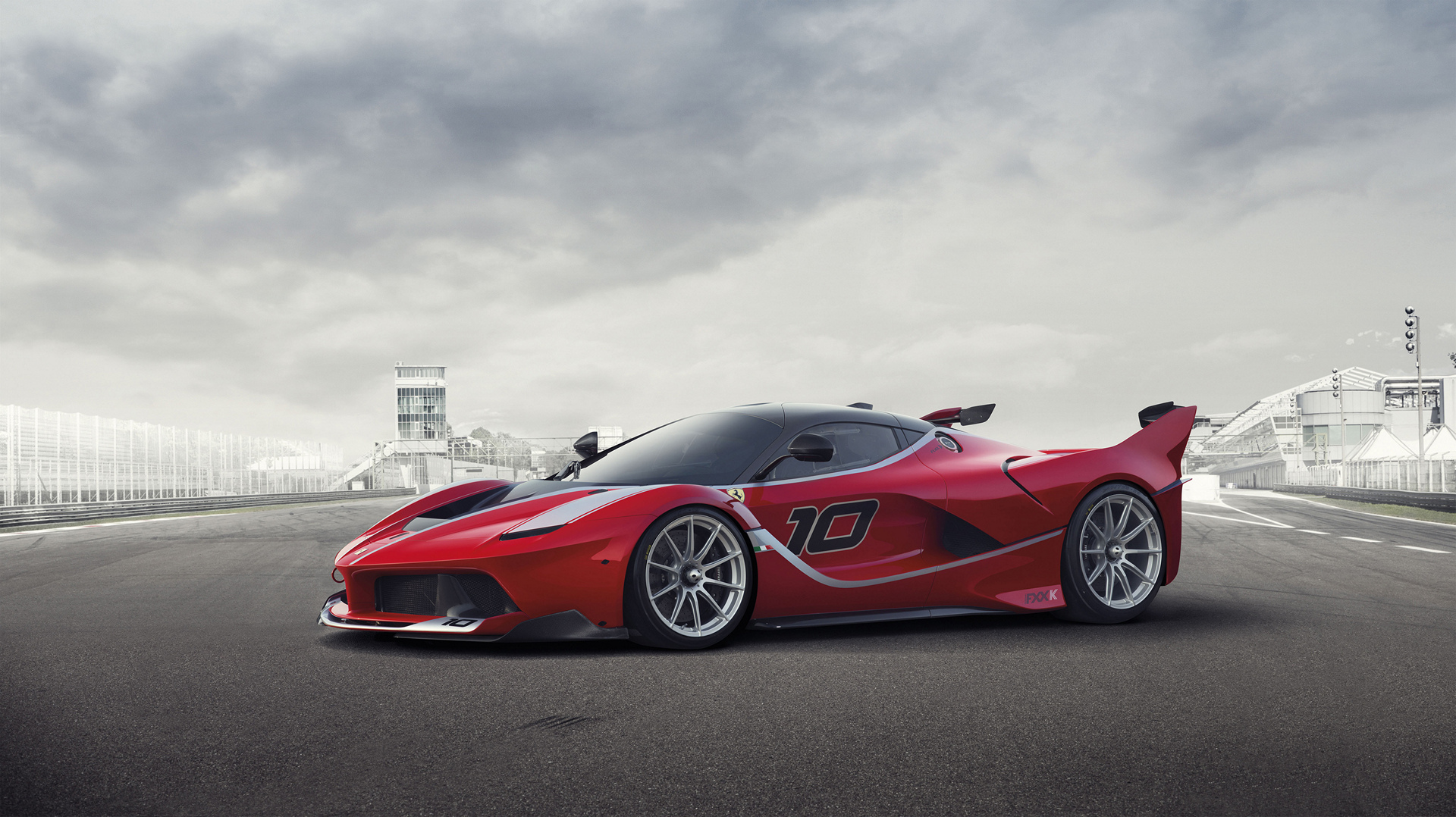 Unfettered by homologation and racing regulations, the FXX K will never be used in competition. It was, in fact, developed to be completely uncompromising, incorporating technological innovations that will guarantee an unprecedented driving experience to the exclusive group of Client-Test Drivers with whom the Prancing Horse will roll out a test programme over the coming two years.

The car’s enormous potential is attested to by two significant figures: a total power output of 1050 cv (860 cv delivered by its conventional V12 engine and 190 by its electric motor) and maximum torque in excess of 900 Nm. 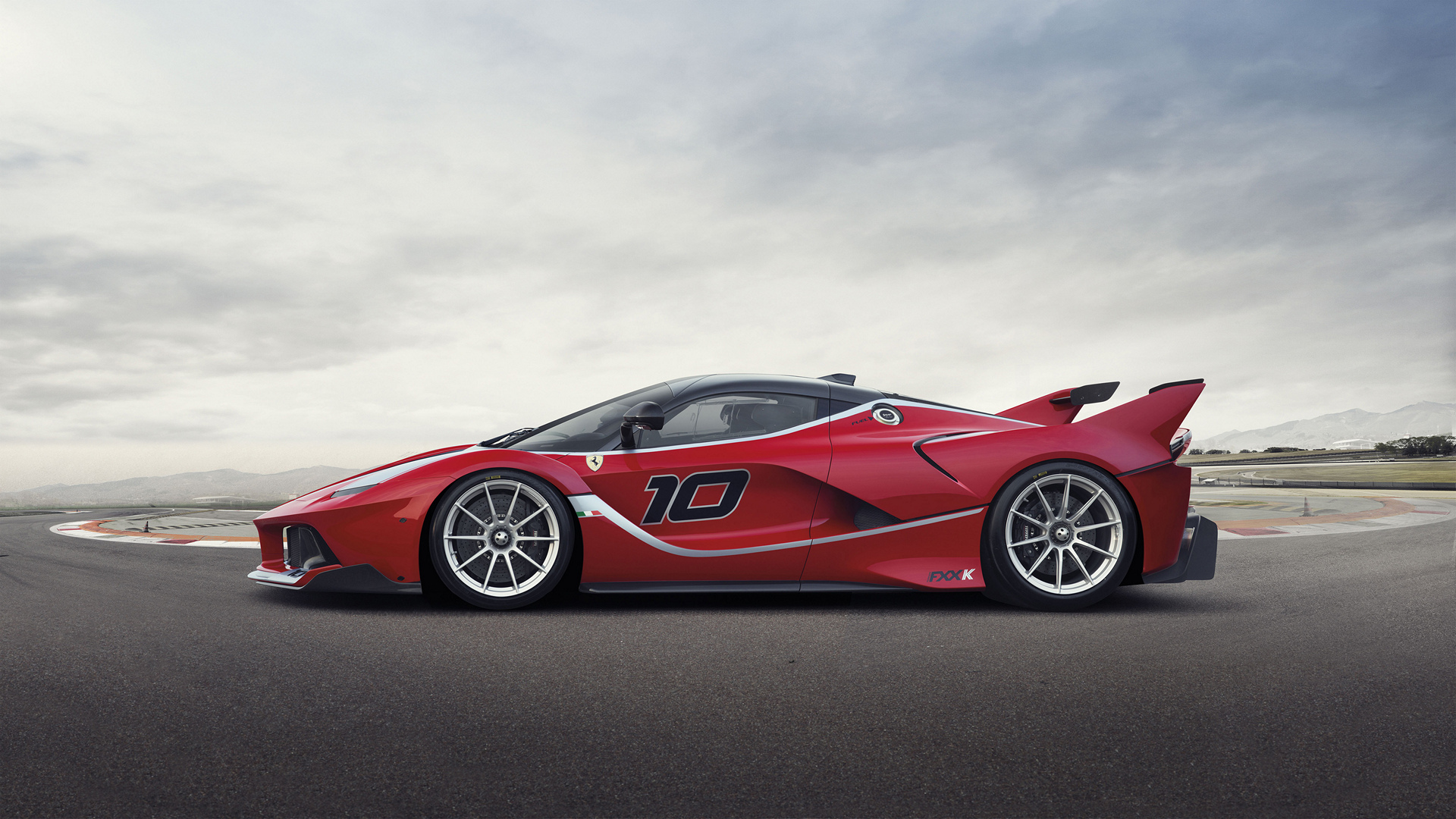 The FXX K’s 6262 cc V12 features new camshafts and a modified valve train with mechanical rather than hydraulic tappets. The intake manifolds have been redesigned and given a special type of polishing treatment. The exhaust system has been modified as its silencers have been eliminated.

The HY-KERS system has been evolved specifically for pure performance with the result that the driver can control the function logics from the specific 4-setting Manettino on the centre console: Qualify, for maximum performance within a limited number of laps; Long Run to optimise performance consistency; Manual Boost for instant maximum torque delivery; and Fast Charge, for a fast recharge of the car’s battery. 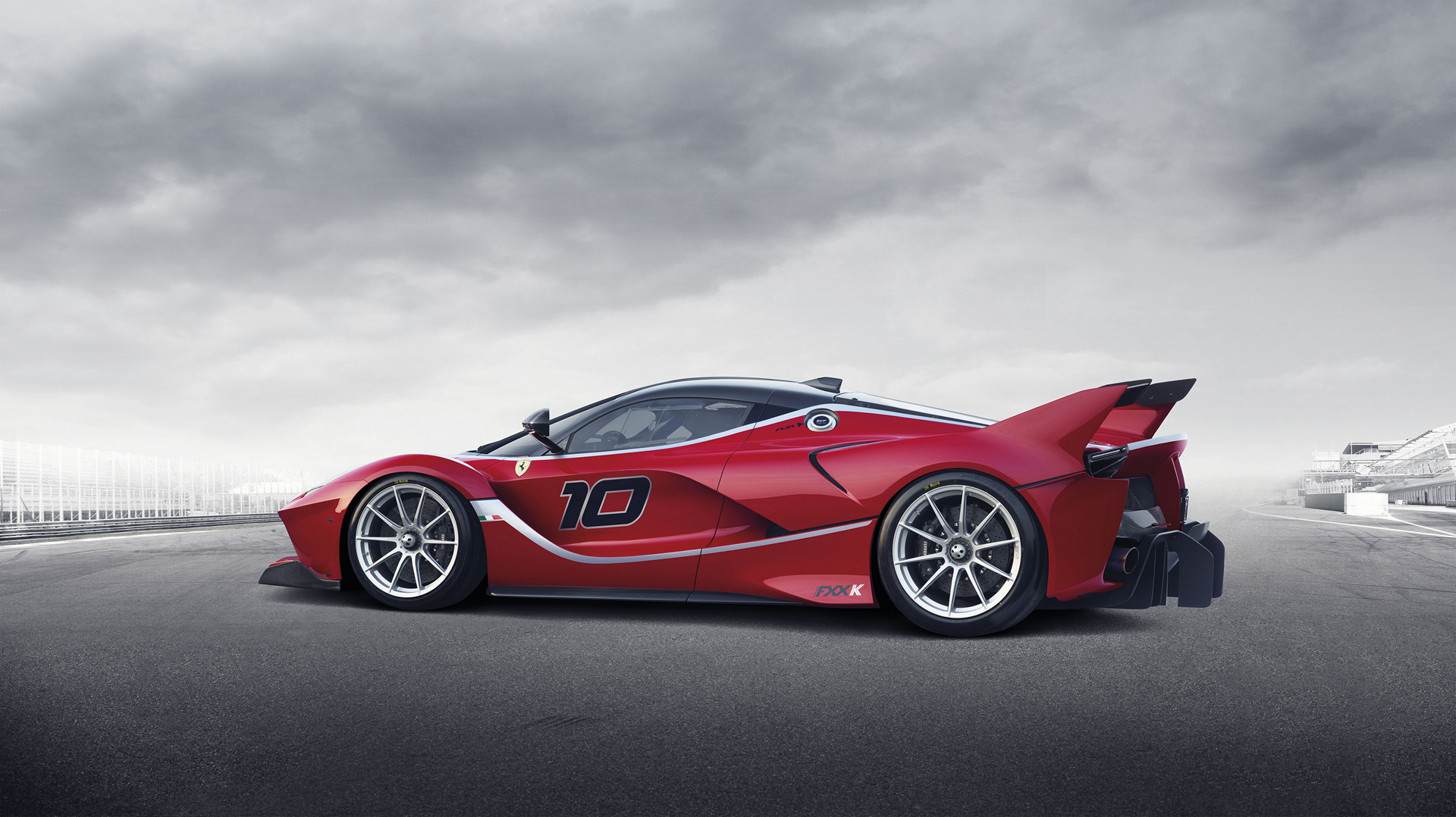 A focus on delivering maximum efficiency at every stage of every track lap has resulted in extensive but integrated work on the entire car body in terms of both active and passive aerodynamics.

The front of the car is dominated by a twin-profile spoiler and a larger splitter, which is 30 mm lower, with a gap in its centre. This design is an application of the concepts developed to improve aero balance in the GT category of the WEC, which Ferrari has won for three consecutive years. Two pairs of vertical elements, an endplate and, externally, a dive plane, together with vertical fins channel the air towards the car’s flanks, generating a longitudinal vortex that creates a localised depression. This in turn sucks the wake from the wheels to the outside of the aerodynamic underbody. Along with the side skirts that extend out from the sills, the vortex helps isolate the airflow from the underbody to boost its efficiency. 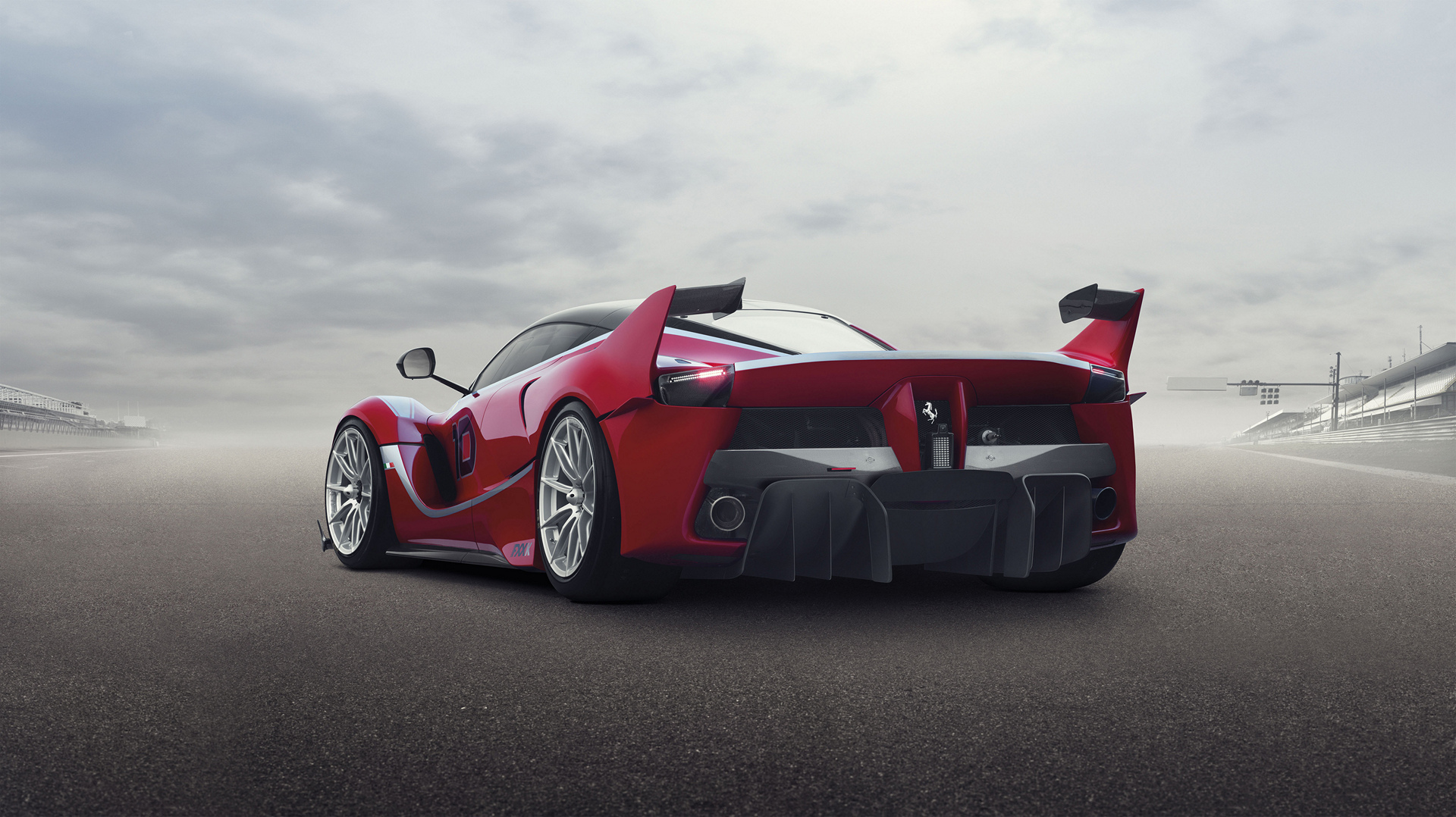 The solutions on the rear of the car are highly sophisticated, too. The tail section is now higher and the mobile spoiler extends further for a total increase in extension of 60mm when fully deployed. A vertical fin and a small wing each side of the tail act as guide vanes in the low drag configuration and boost the spoiler’s efficiency in the high downforce one. This system also creates considerable downforce at the rear of the car, allowing the use of an extreme diffusion volume for the rear diffuser which optimises air extraction from the underbody. The section of the flat underbody just ahead of the rear wheels is also exploited to the full to generate downforce thanks to the reduced pressure in the wheel arch guaranteed by the direct connection to the rear of the car by a by-pass duct. 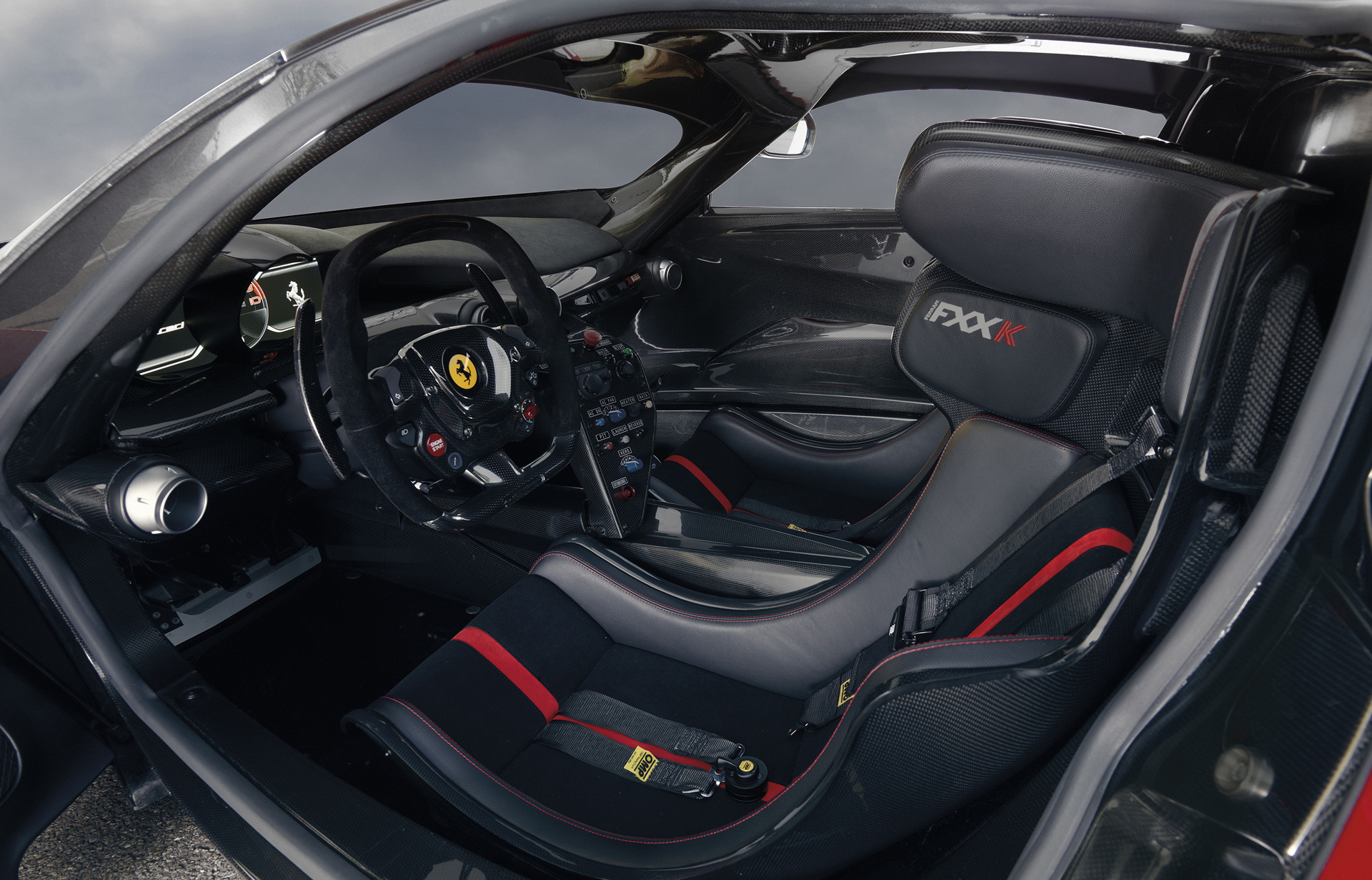 Vehicle dynamics are further improved by the adoption of Pirelli slicks complete with sensors that monitor longitudinal, lateral and radial acceleration, as well as temperature and pressure. This ensures an accurate analysis of the interaction between the tyre and track surface, providing even more vital data to enable the traction control system to guarantee maximum performance.

The intervention level of the E-Diff electronic differential, F-Trac traction control, Racing SSC (Side Slip Angle Control) – now specially calibrated to suit the car’s slick tyres – and the high-performance ABS can be controlled using the five-position Manettino on the steering wheel.

The story of the design of the XX programme’s latest product, named Red Dot Best of the Best 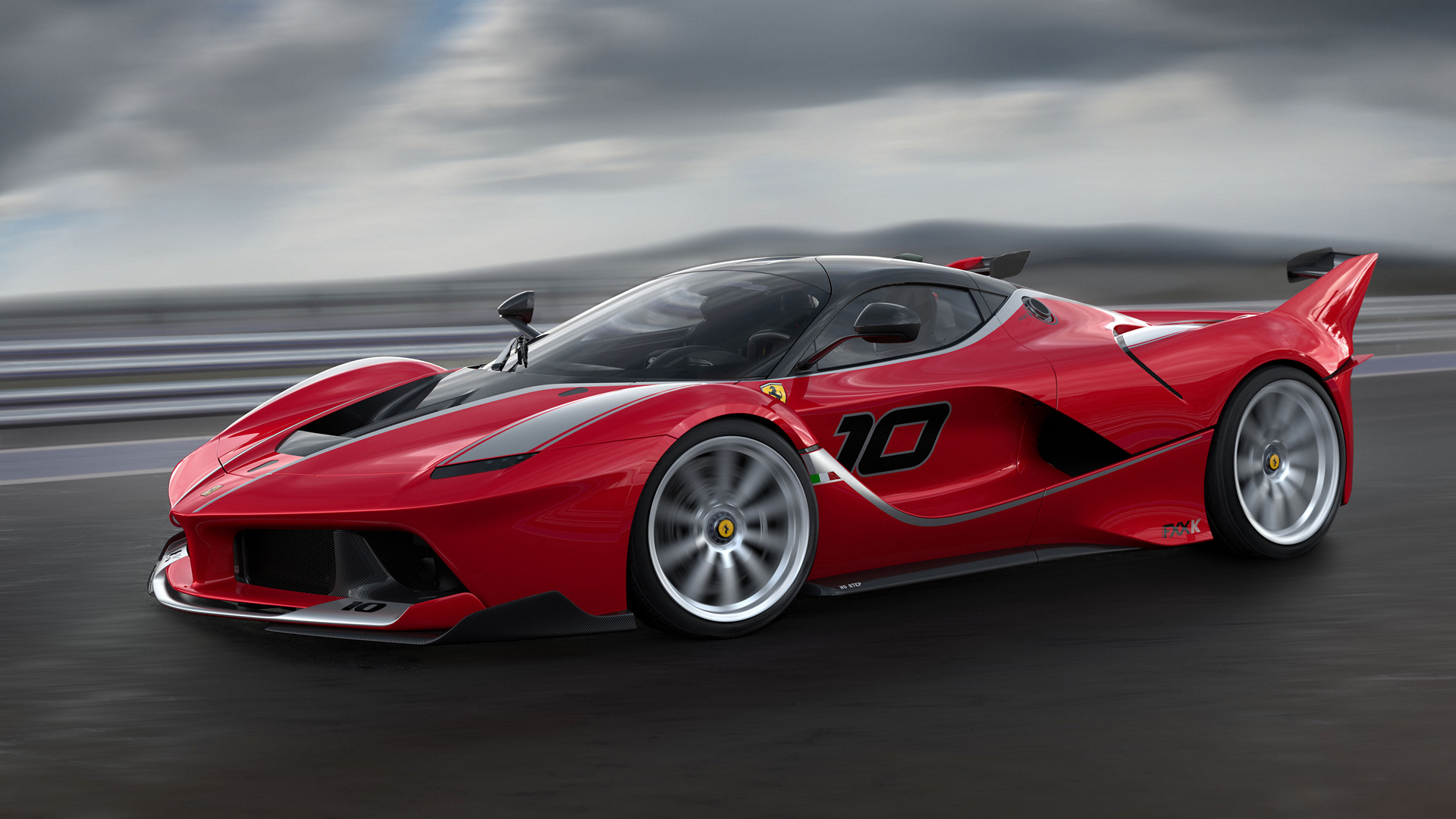 It was designed and built specifically for the track with spectacularly efficient aerodynamics and an exceptional engine. Even Sebastian Vettel uttered an unforgettable “Mamma mia!” when he got his first taste of its power. Ironically, however,it has now won its first prize – the prestigious Red Dot Best of the Best Award – for its design rather than its performance.Because form is as vital as function even in a beast of a car like this. 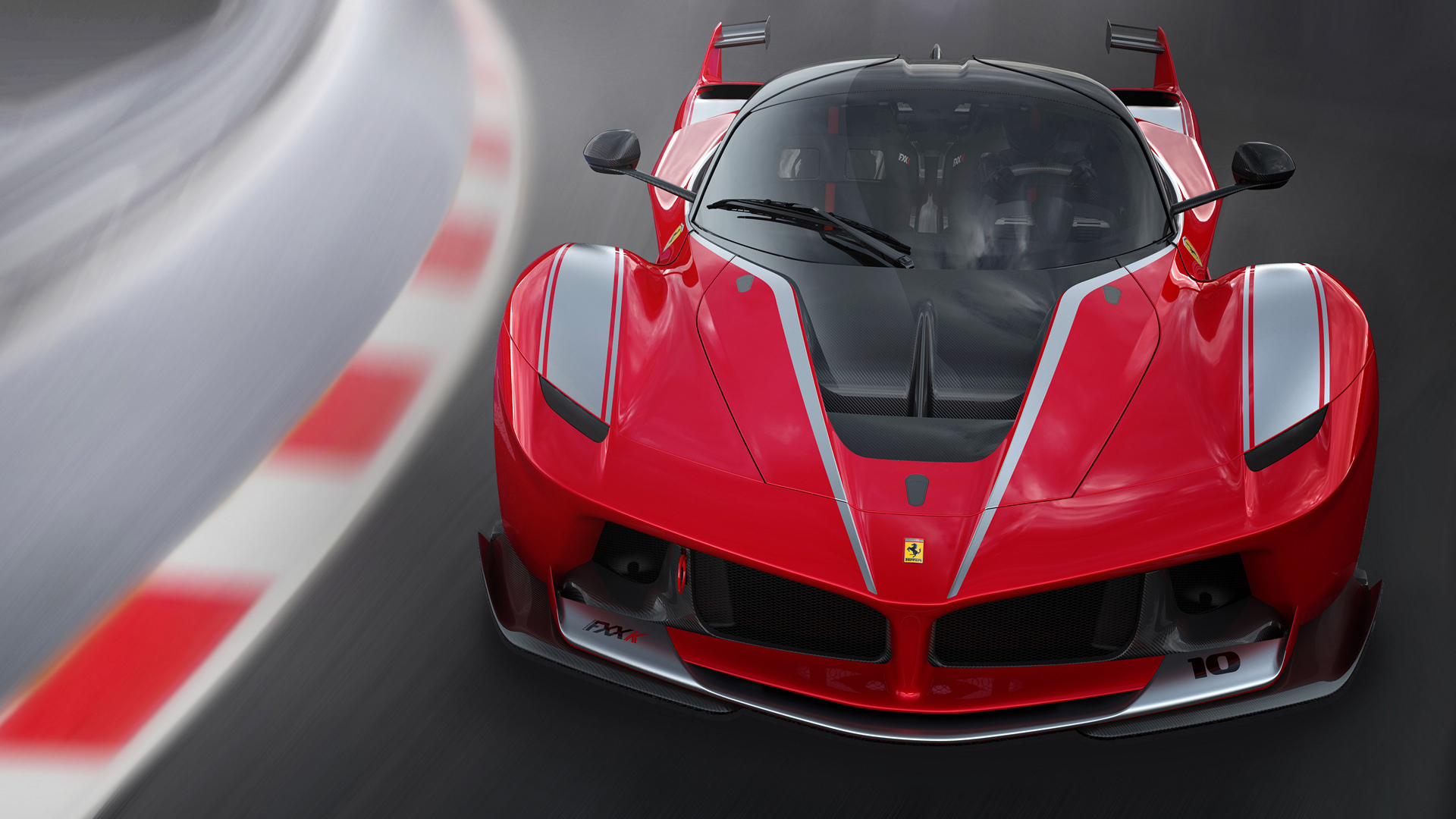 We’re talking, of course, about the FXX K, unveiled officially at the last Finali Mondiali in Abu Dhabi and the fruit of a symbiotic partnership between Ferrari’s GT and GES racing divisions. Arriving almost two years after the launch of the Prancing Horse’s most powerful ever road car, LaFerrari, this is extreme version was designed exclusively for track use. 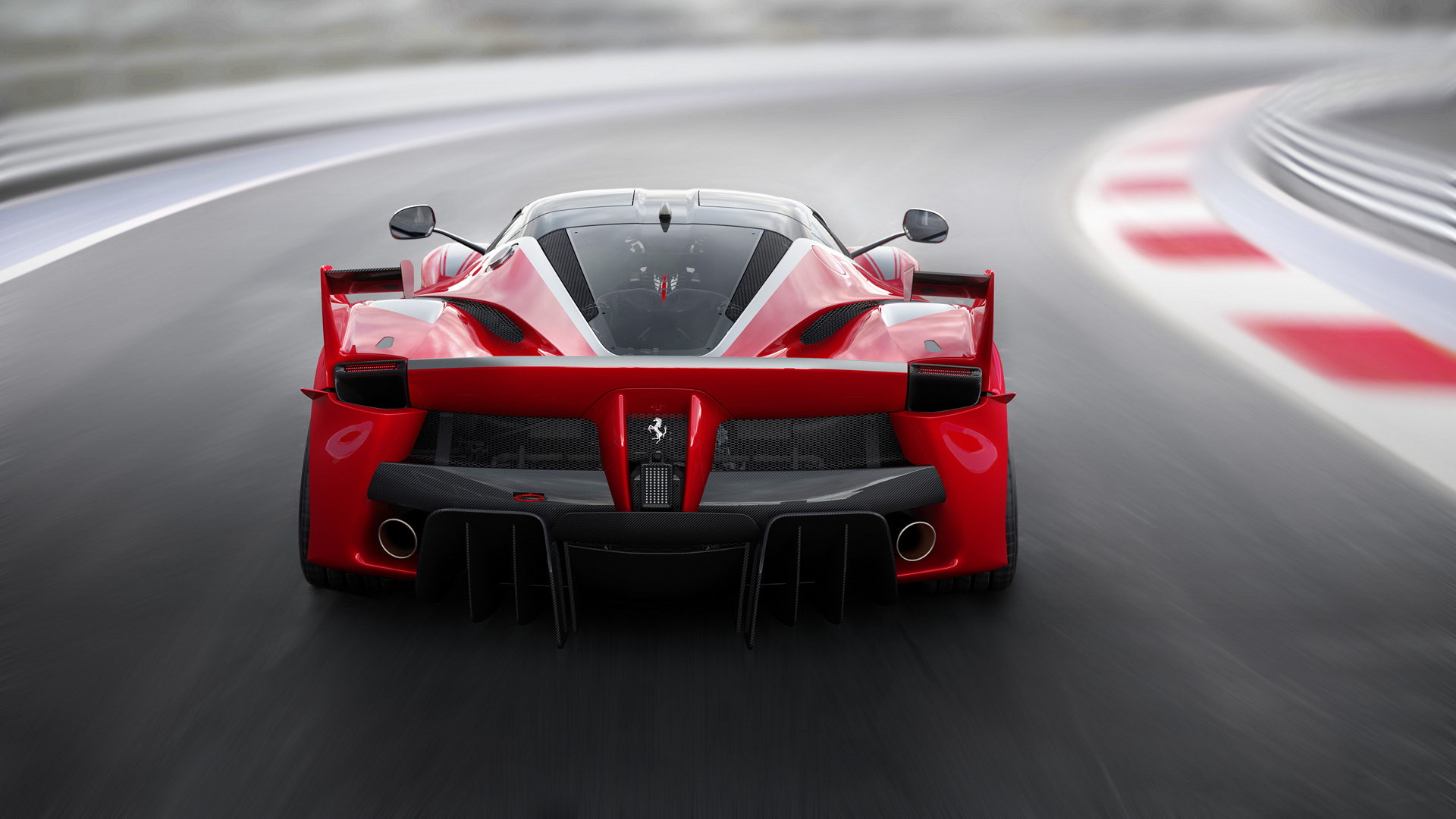 For Flavio Manzoni and his team at the Ferrari Styling Centre, it provided the perfect opportunity to unleash the full power and potential of the original design. As ever, the car’s good looks are absolutely functional and every single line has been designed to enhance its performance. The FXX K’s striking good looks and meticulous detailing are entirely the product of work done hand-in-glove with Ferrari’s aerodynamicists.

All of the bodywork panels have been radically modified to generate extra downforce but, of course, without impinging on the car’s aesthetic. For instance, flaps are mounted on top of vertical rear fins that recall the tails of fighter planes. The fins are integrated into the tops of the rear wings and reinforce the dynamic arrow-shape side profile.
The eye is instantly drawn also to the horizontal LED stripes that replace conventional headlights and broaden the front view of the car. The car’s lines are masterfully underscored too by an aggressive racing livery, an integral part of its style. 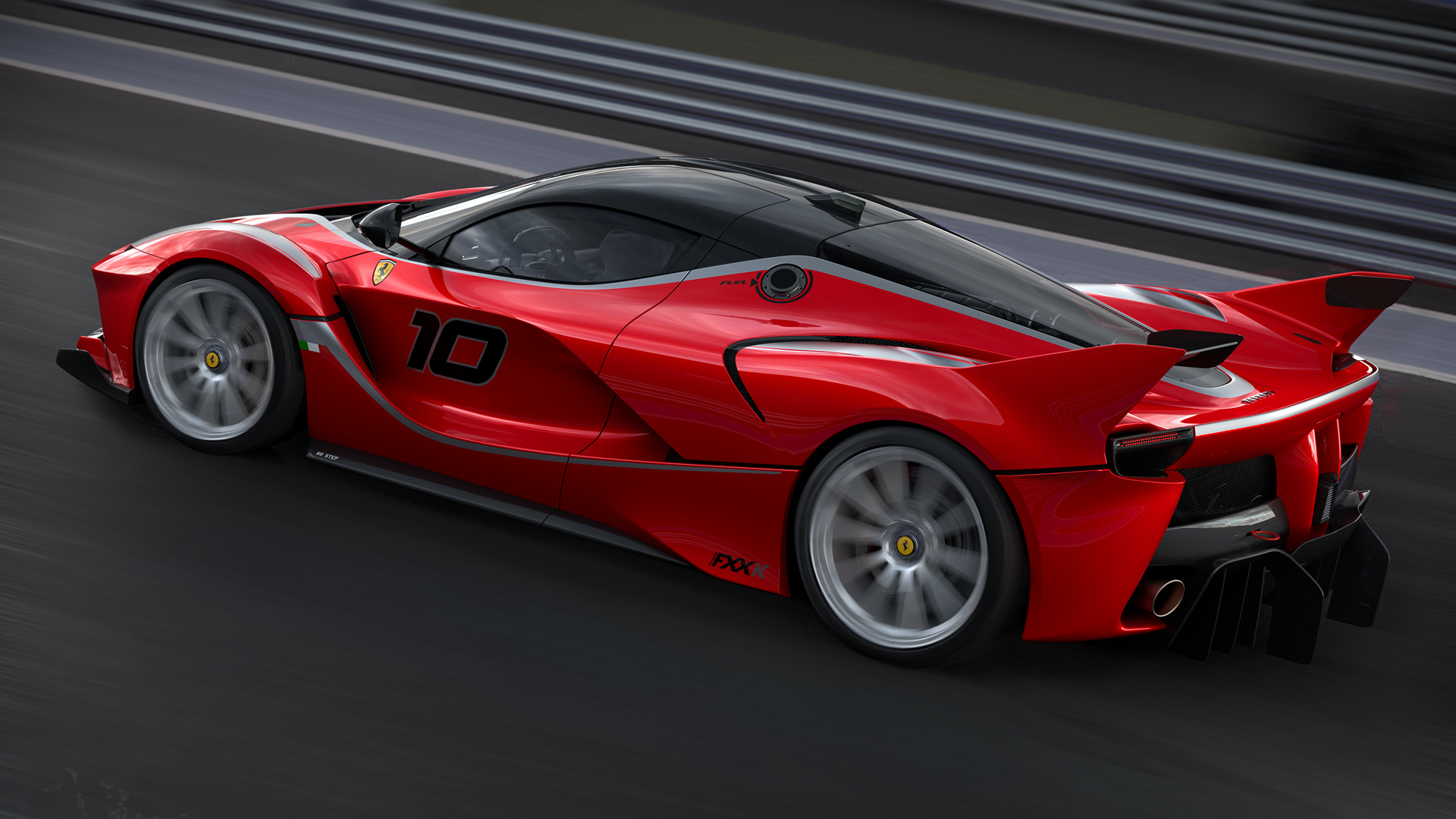 All of this combined with a lower set-up, wider track, higher camber and slicks on lighter wheels underscore the FXX K’s vocation for the track. 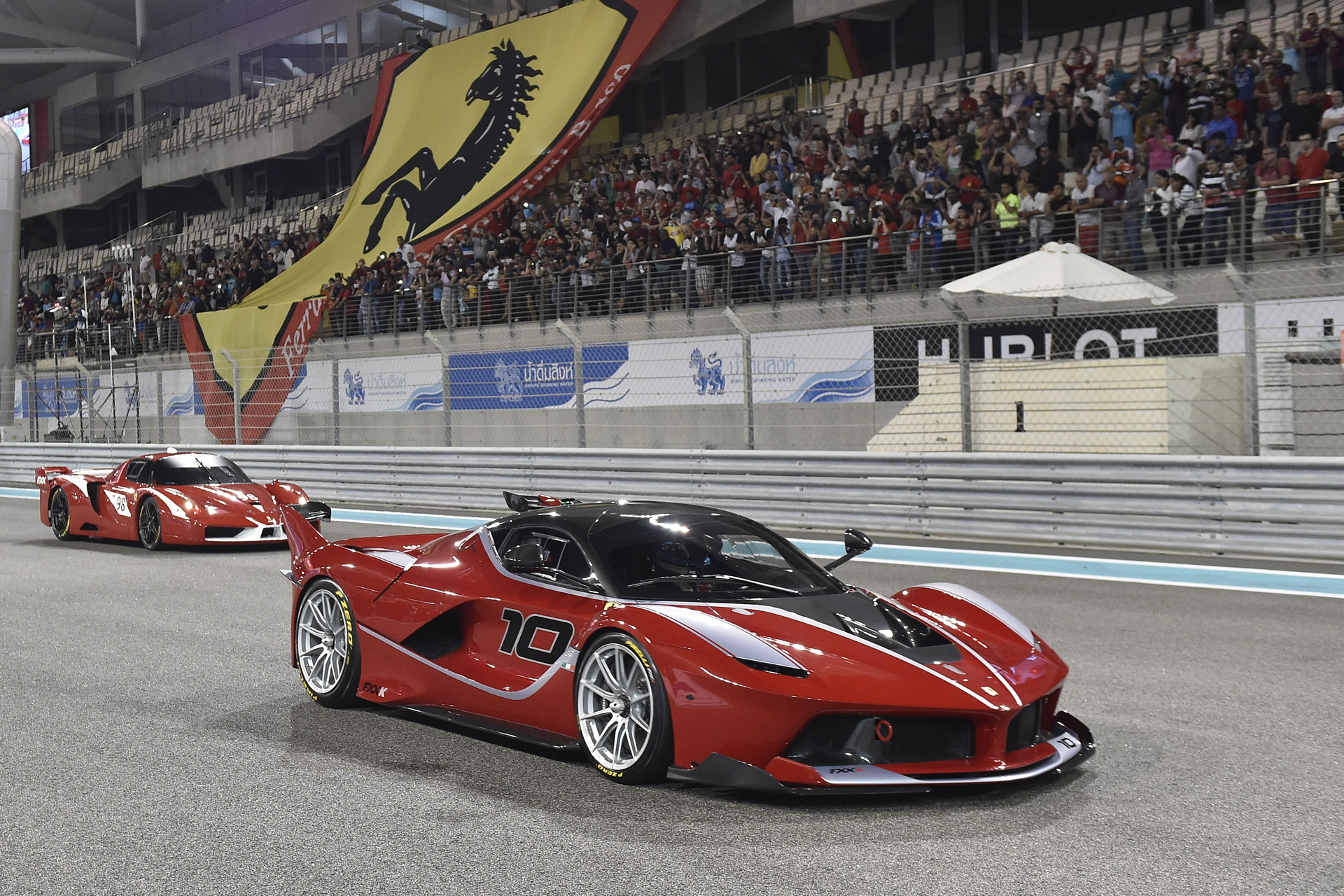 The Ferrari FXX K has won the Gold Award at the 2016 IF Design Awards ceremony in Munich. The latest model in Ferrari’s special XX Programmes was awarded the top prize by the Hannover institute’s expert jury for its sophisticated design and functionality. 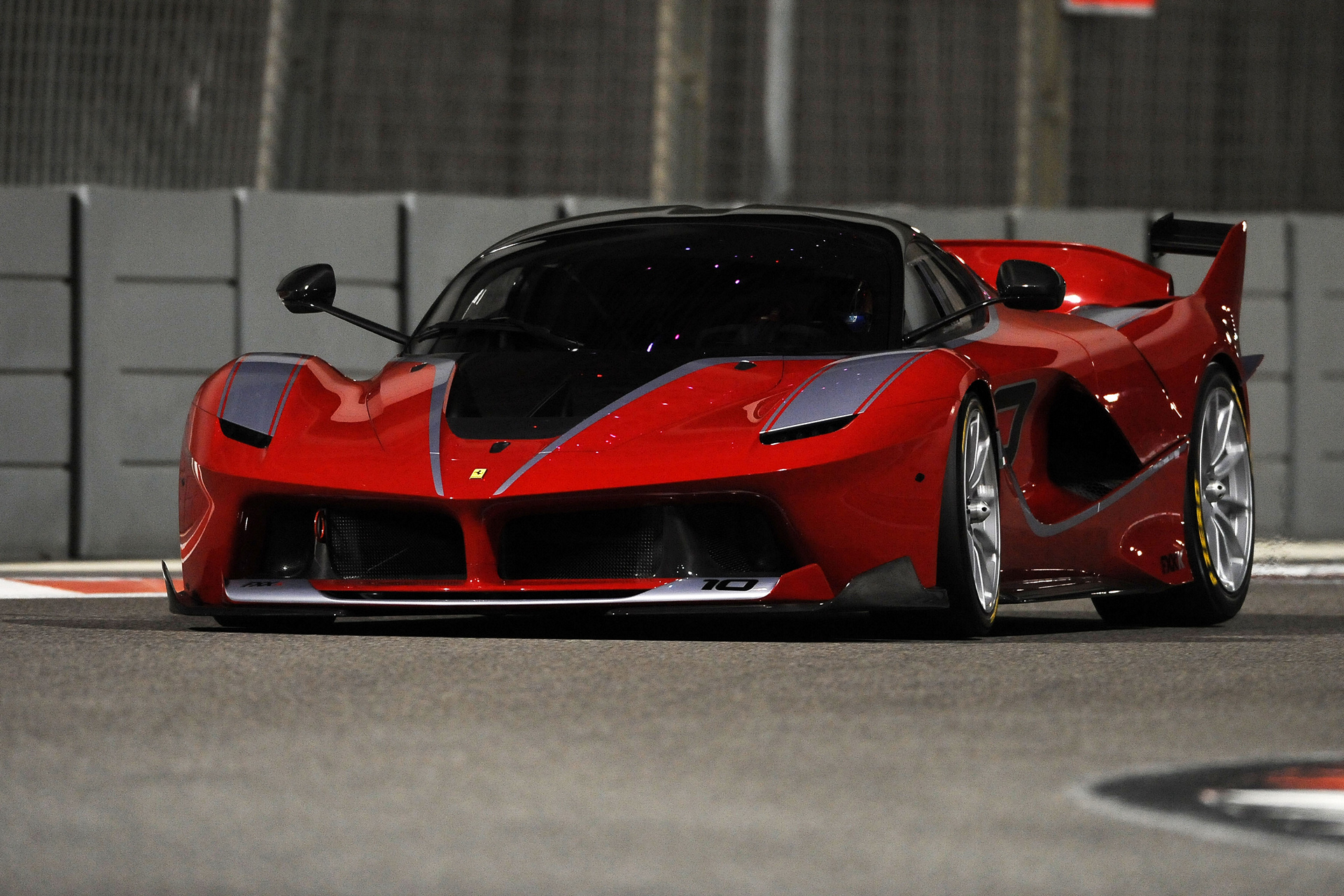 The jury had this to say of its merits: “The Ferrari FXX K, created by the designers of Ferrari’s inhouse Styling Center, directed by Flavio Manzoni, is the perfect bridge between style and technology, art and engineering. This car blends both beauty and functionality at an extreme level of refinement. Every single part that has an aerodynamic function is also styled, and no single element is present just for style’s sake, which reduces weight and complexity”. 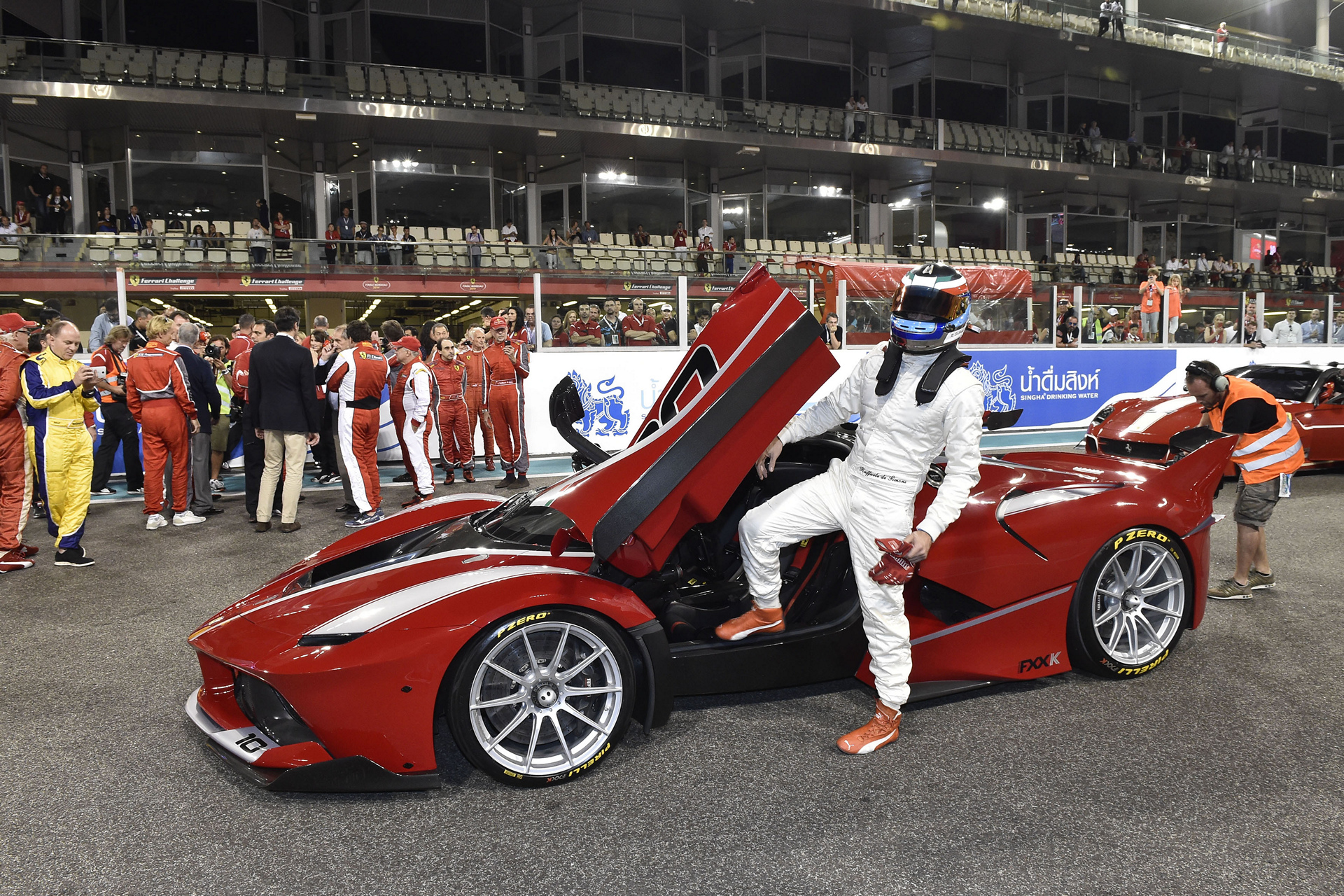