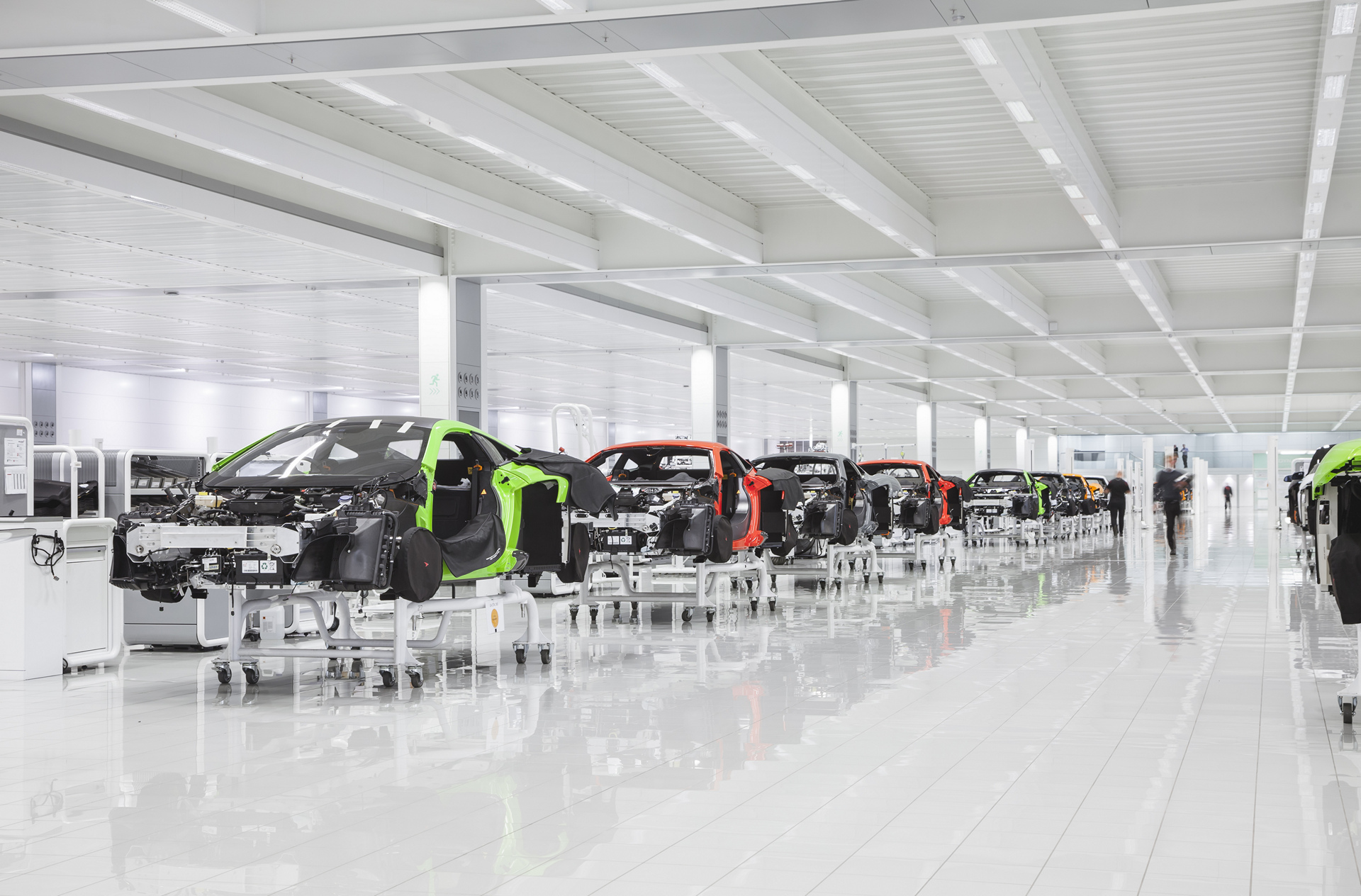 Just over six years after the company was formed, McLaren Automotive has announced details of its Track22 Business Plan, taking it through the next six years through to 2022.

Maintaining a spotlight on the development of the world best drivers’ cars, McLaren Automotive will continue to focus purely on the development of two-seater sports and supercars. At the heart of the Business Plan is a commitment to its industry-leading 20-25 percent of turnover invested in Research and Development for future products and technology. Over the six-year Business Plan period, this represents an investment of £1,000,000,000 and will lead to the launch of 15 all-new cars or derivatives. The launch of the new 570GT at the Geneva Motor Show represents the culmination of new model introductions for 2016. McLaren also confirmed the addition of a Spider derivative within its Sports Series family in 2017. Following the positive reception of the 675LT Coupé and Spider models, which sold out in a matter of weeks, McLaren has also announced that ‘LT’ will become a track-focused sub-brand with further models in the future.

Subsequent to the global success of the petrol-electric hybrid-powered McLaren P1TM, McLaren Automotive has confirmed that at least 50 percent of its cars will feature hybrid technology by the end of the Business Plan period. Research engineers at the McLaren Technology Centre in Woking, England, are also in the early prototype stages of the development of a fully-electric powertrain to evaluate its possible use in a future generation of an Ultimate Series car.

Mike Flewitt, Chief Executive Officer of McLaren Automotive commented: ‘Since its inception, McLaren Automotive has launched world-class products and this has been made possible by continuous investment in our future. The launch of our new six-year Business Plan, named Track22 because I believe that we are on track to a very exciting and successful future, scopes our future investments and development strategy up until 2022. This will see us launch 15 all-new cars or derivatives within our existing Sports Series, Super Series and Ultimate Series families. We will also develop an all-new engine architecture that will debut towards the end of the Business Plan period.

‘Our next hybrid vehicle will launch towards the latter part of our six year plan, and we will see at least 50 percent featuring hybrid technology by 2022. Hybridisation has obvious CO2 and fuel consumption advantages but for us, it is all about delivering the performance and enjoyment of a McLaren. But we won’t stop there. Our engineers have even started work on a one-off prototype to evaluate the possible benefits of a fully-electric powertrain in an Ultimate Series car; such is the pace of development.

‘Above all, this Business Plan confirms that McLaren Automotive will remain proudly and fiercely independent by continuing to build the world’s finest two-seater sports and supercars, hand-crafted by our team in Woking, England.’