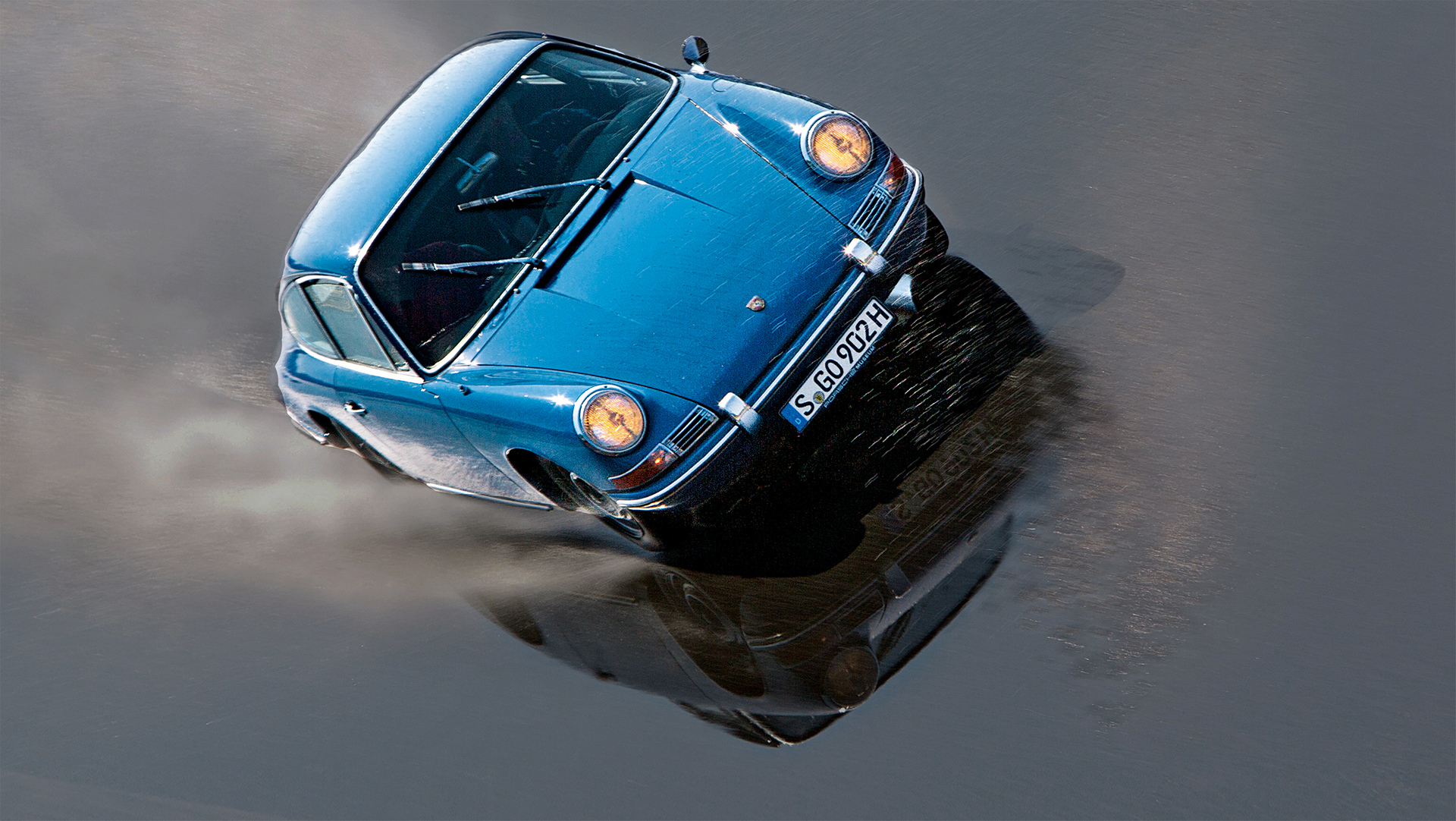 New tires are now available for nearly every Porsche model up to fifty years old. Technically revised and intensively tested—including by Walter Röhrl.

Tires have a decisive impact on handling. That’s true for new Porsches, and it’s equally true for classic models.

The N on the sidewall makes all the difference. What it means: this tire has been approved by Porsche. N—a seal of quality, internationally valid and officially recognized as a standard. After all, what good is a tire that is the right size, but actually designed for a van? It would certainly be of no use to a classic 911—and even less so to its driver.

Just how much effort goes into a simple letter on the sidewall is apparent only to someone who witnesses what takes place on the picturesque testing grounds in the Piedmont region of Italy. Airplanes from the nearby Milan Malpensa Airport draw white streaks in the steel-blue sky, but the test track is inundated with water for the important discipline of wet-surface handling. The spray kicks up as Walter Röhrl expertly pushes the Riviera Blue 993 RS into the corner. He wants to know: Does the tire demonstrate the unflappable balance that can single-handedly guarantee a good test result, even when driven at the limit? 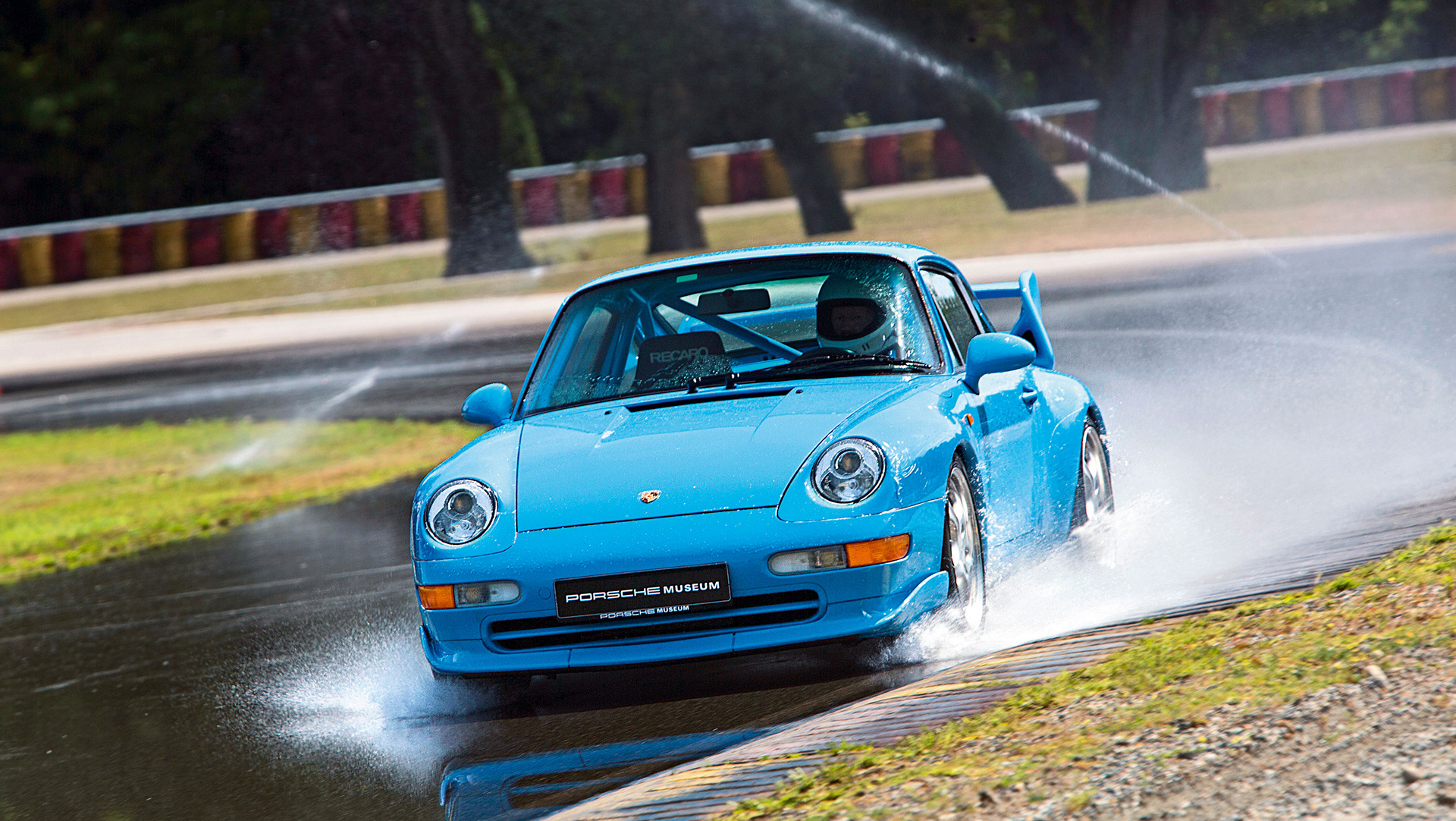 Röhrl’s satisfied expression provides a definitive answer: “It’s good.” He then elaborates: “The best thing is when the tire directly imparts what is happening beneath the tires to the driver’s hand through the steering system. The highly sensitive steering in all Porsches is perfectly suited to the task, anyway. But when the degree of strain is clearly signaled, so that the driver can ease up before things go too far, that’s when we can be satisfied.”

Satisfaction in 33 steps. That is the number of test criteria that have to be fulfilled. Only then does a tire attain the approval of Porsche. Manufacturing precision, concentricity, speed profile, braking performance and hydroplaning resistance, handling, steering factors, and the precision of directional stability—the team has to work meticulously to test all criteria. The tire manufacturer Pirelli combined classic tire profiles with the latest rubber mixtures and modern casing structures and released them to Porsche for testing. The Porsche Museum and the responsible classic-car department also made their rolling treasures available for the process. In the paddock stands a veritable who’s who of the Porsche world: early 911., the powerful 928 GTS, the fierce 996 RS, the breezy 993 Cabrio.

The grip is good and well balanced on both axles

State-of-the-art tires that look exactly like a Pirelli Cinturato of the 1960s—which is not merely a jewel in the crown of every concours d’elegance, but also an outstanding driving tire, confirms Dieter Röscheisen, a Porsche technician who was already on hand for the initial testing of the first 959. Together, he and Röhrl boast over eighty years of testing and rally experience. The new 185 VR 15 Cinturato for the classic, first-generation 911s gets good marks in Röscheisen’s book:

“It’s a good fit with the 911. The grip is good and well balanced on both axles. And even driving at the limit in wet conditions, it provides all the predictability that such a car needs.” 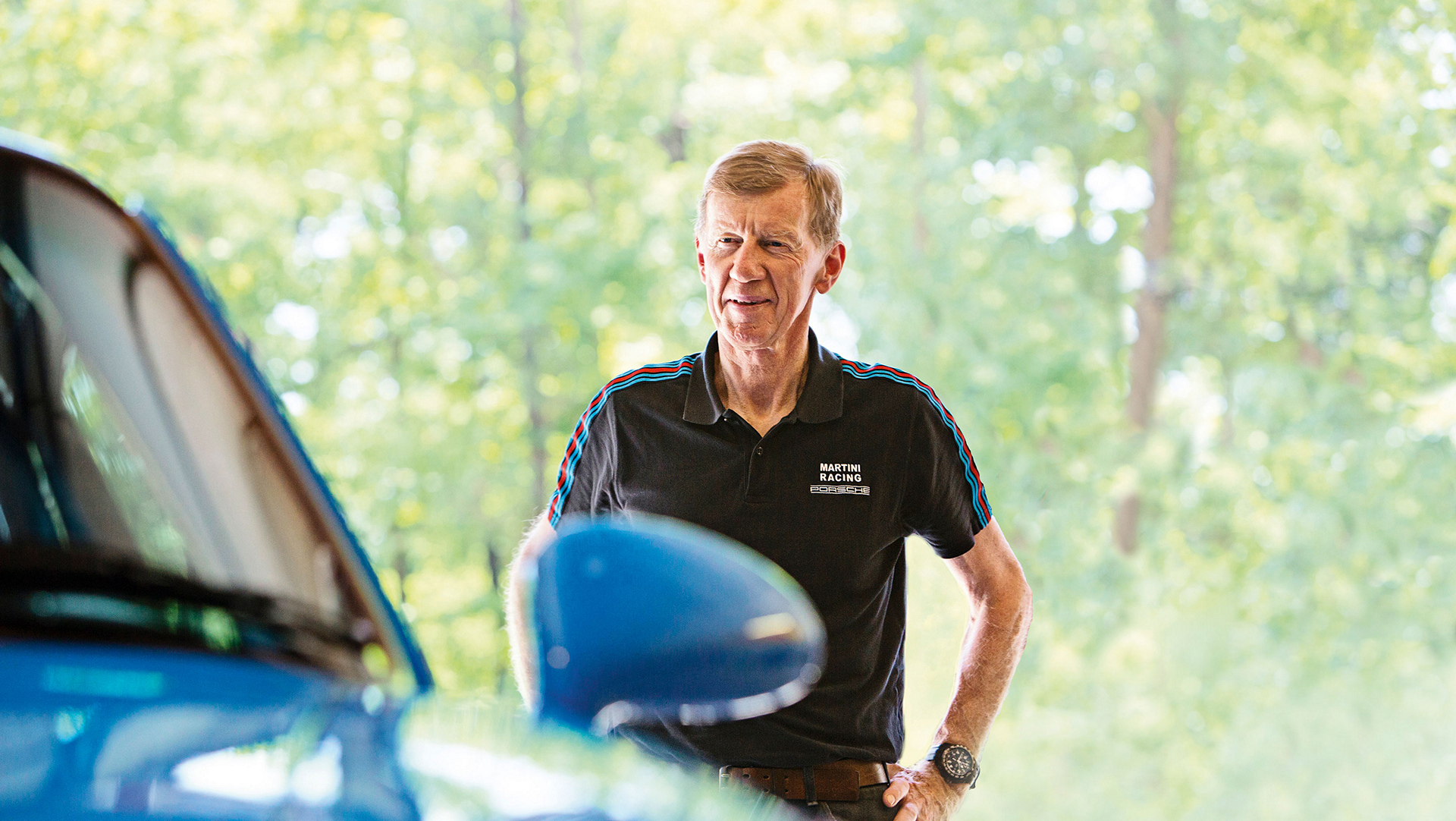 After this test, there will be some two hundred new, model-specific tire approvals for sixteen Porsche models, from the 356 to the 991, enabling practically every classic Porsche to be driven with the same verve and sportiness as on its first day. At the very least, that is—because Röscheisen and Röhrl are certain that the classic cars can easily beat their original lap times with the new tires. And that is an enticing proposition in the world of vintage car racing, where tenths of a second can make all the difference.

And to make traveling to the race on your own power possible in the best tradition of the old-school racers, a semi-slick model, the P Zero Trofeo R, has now joined the ranks of the N graduates. Semi-slicks differ from conventional tires in their more rigid shoulder areas and casings, and they have a softer rubber mixture than the normal tires offered for the Porsche 996 S, for example. This ensures that the Trofeo R does not “roll over” even after many fast corners on the track, as can happen with conventional road tires once their shoulders have effectively melted away due to the cornering stress. Walter Röhrl puts his admiration into words: “If only these had existed before.”