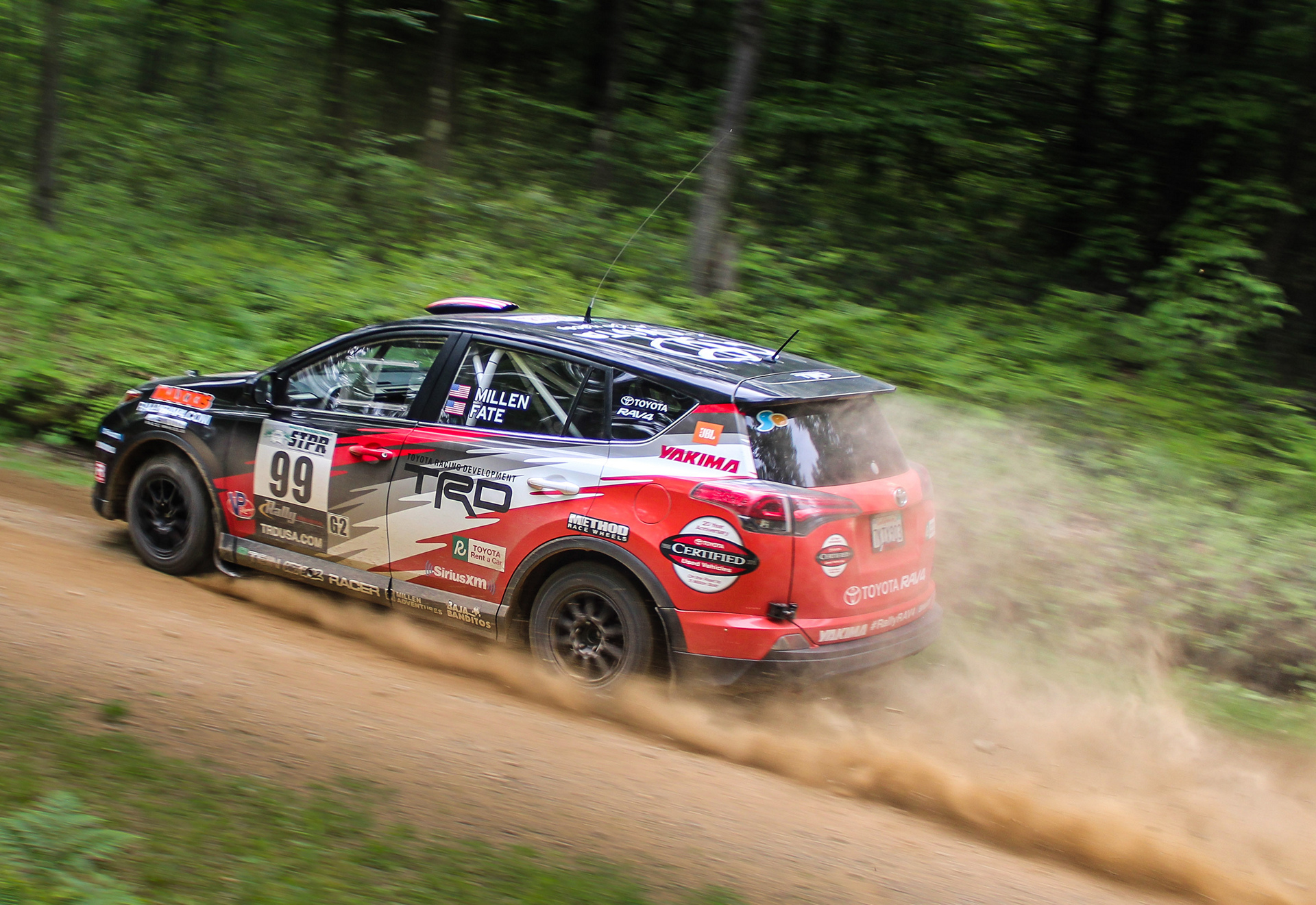 Team Moves onto Next Round Tied for First Place in Championship

Faced with changing weather conditions, unplanned course obstacles, and a slight penalty during the reconnaissance (recce) run, Ryan Millen and his Toyota RAV4 SE finished in second place at this past weekend’s Susquehannock Trail Performance Rally (STPR) in Wellsboro, Pennsylvania. The podium finish keeps Millen and Fate’s driver’s championship hunt alive, and ties them with the Ford Fiesta ST of Cameron Steely. In addition, the team finished an impressive fifth overall. 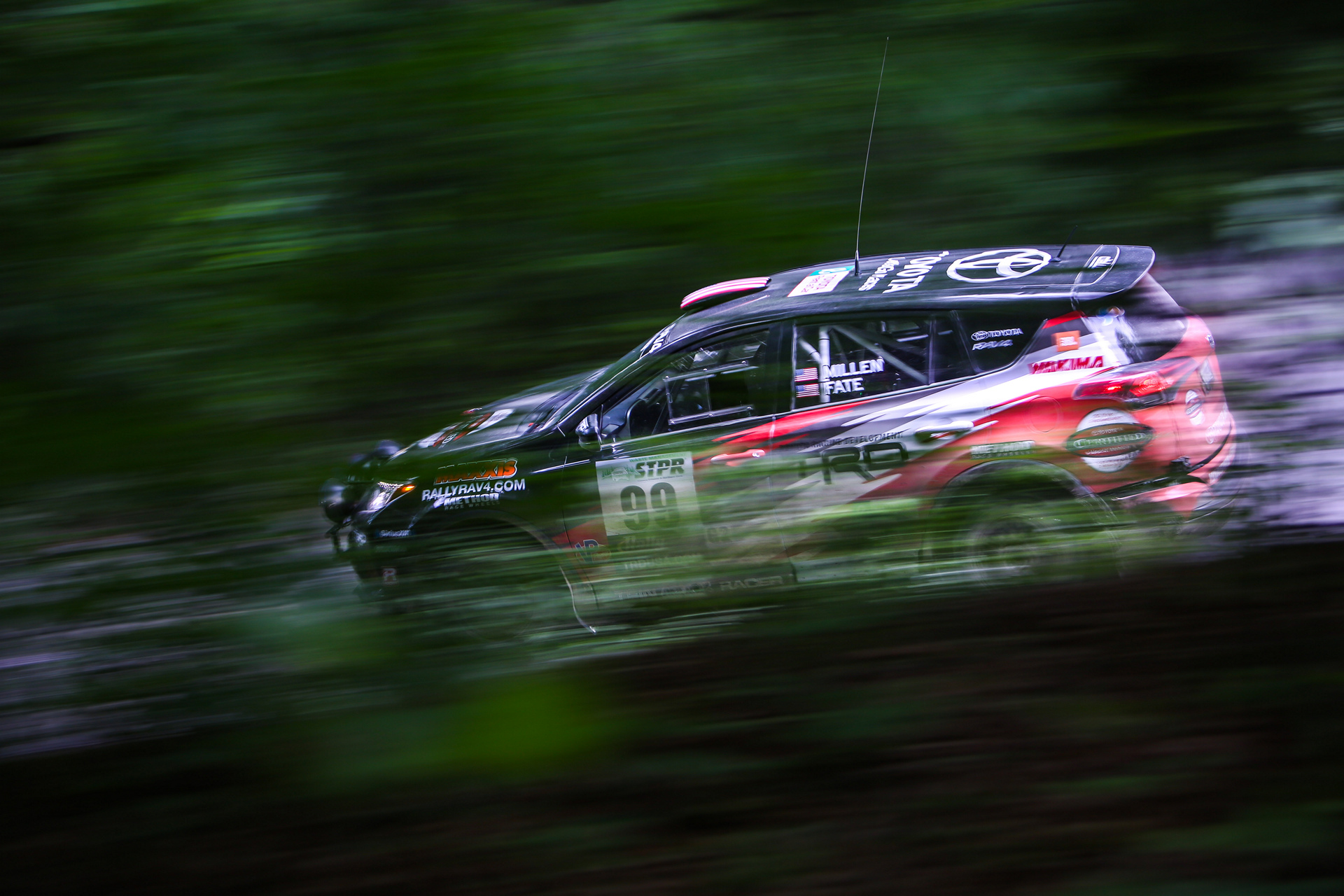 Before the race started, the team was assessed a slight penalty. During “recce” Millen and Fate were issued a 45 second penalty for exceeding the course’s 25 mph speed limit (several other competitors were also penalized).

With the green flag finally flying, the rally’s early stages proved tricky. Slippery, cold clay course conditions seemed to get slicker as the day progressed. Unlike many other competitors that ventured off course and into the thick forest, Millen and the RAV4 charged full steam ahead in a focused and meticulous manner. Attrition afflicted the field, which, as it turned out, became a competitive advantage for Millen and Fate. 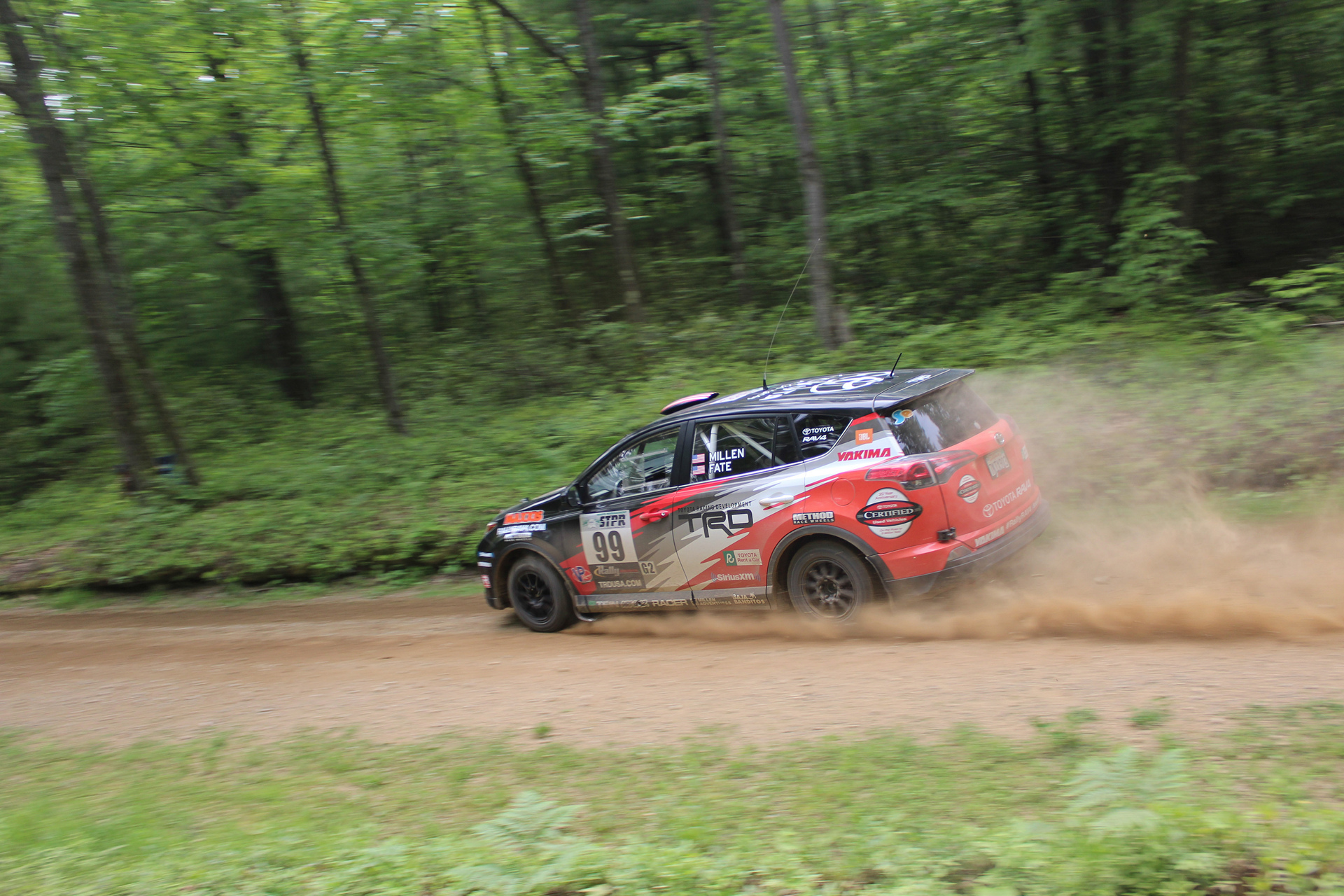 “It was really tricky. There was thick dust, and the surface didn’t allow us to get any heat into the tires. It was hard to get them to bite,” said Millen. “Typically we do well in handling, as the RAV4 makes a lot of grip, but this clay base really made it tough.”

By the end of the first stage, the RAV4 sat in third place. But at day’s end, the team picked up one position and was trailing first place by nearly 90 seconds. Much like the first day, the second presented many challenges early on. However, from their nearly two minute gap behind first place, stage after stage, Millen and Fate gradually made up time, helped in part by a tire puncture suffered by the leading Ford Fiesta. 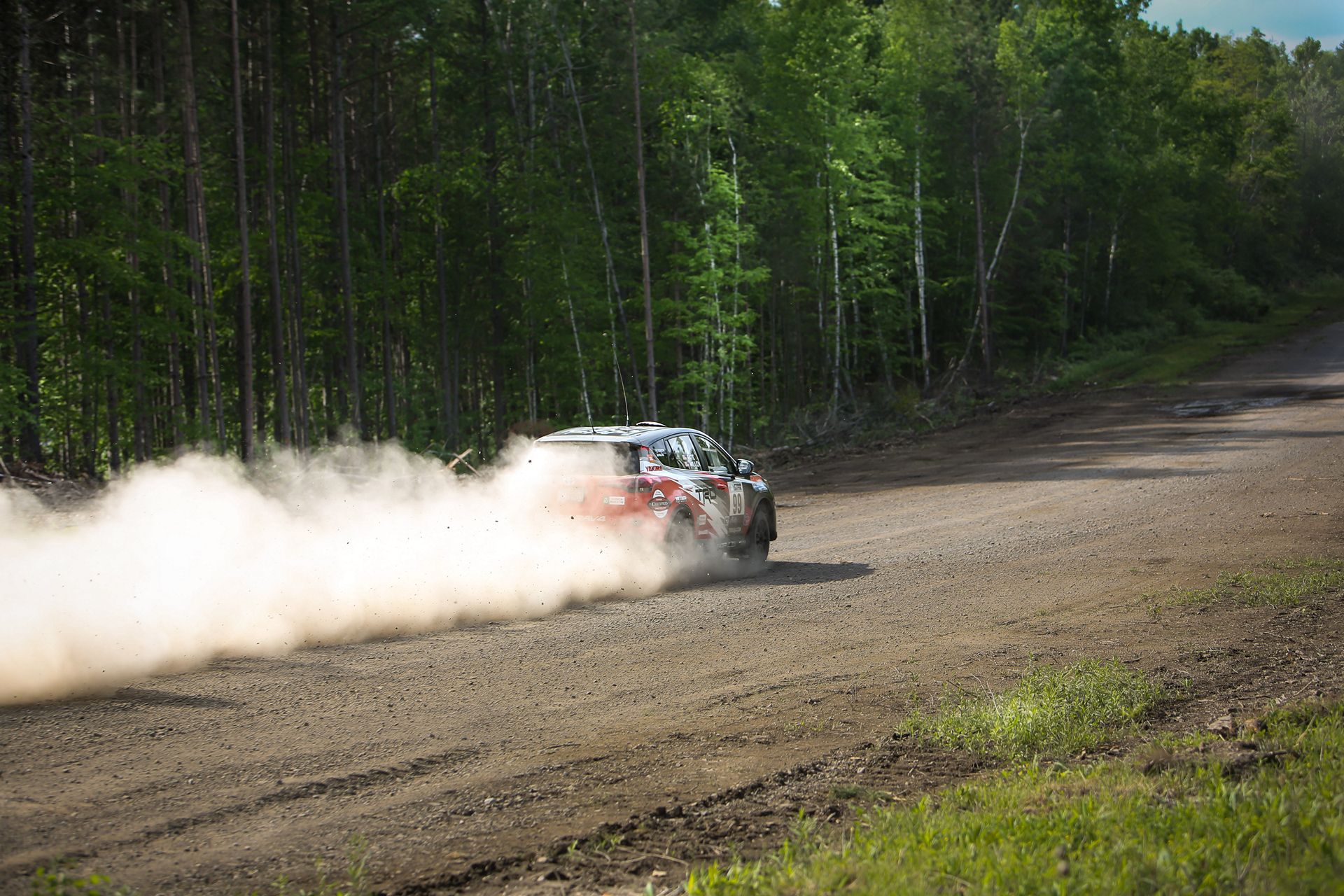 At the race’s finish, they had fought long and hard to trim the lead to just 30 seconds – remarkable given the two minute gap just a bit earlier. The dynamic, soon-to-be newlyweds sprinted past the checkered flag with an overall time of 2 hours and 20.9 seconds, a heady 8 minutes ahead of third place.

“What can I say…the RAV4 was again reliable…it never skipped a beat,” said Millen. “I know Cameron was fatigued and ready for the race to end, but we were hoping it would keep going so we could catch him. In the end, the race gods giveth, and the race gods taketh. I’m stoked to be in a tie for the championship.”

The championship now comes down to three races. The team now prepares for the New England Forest Rally in Newry, Maine on July 15.