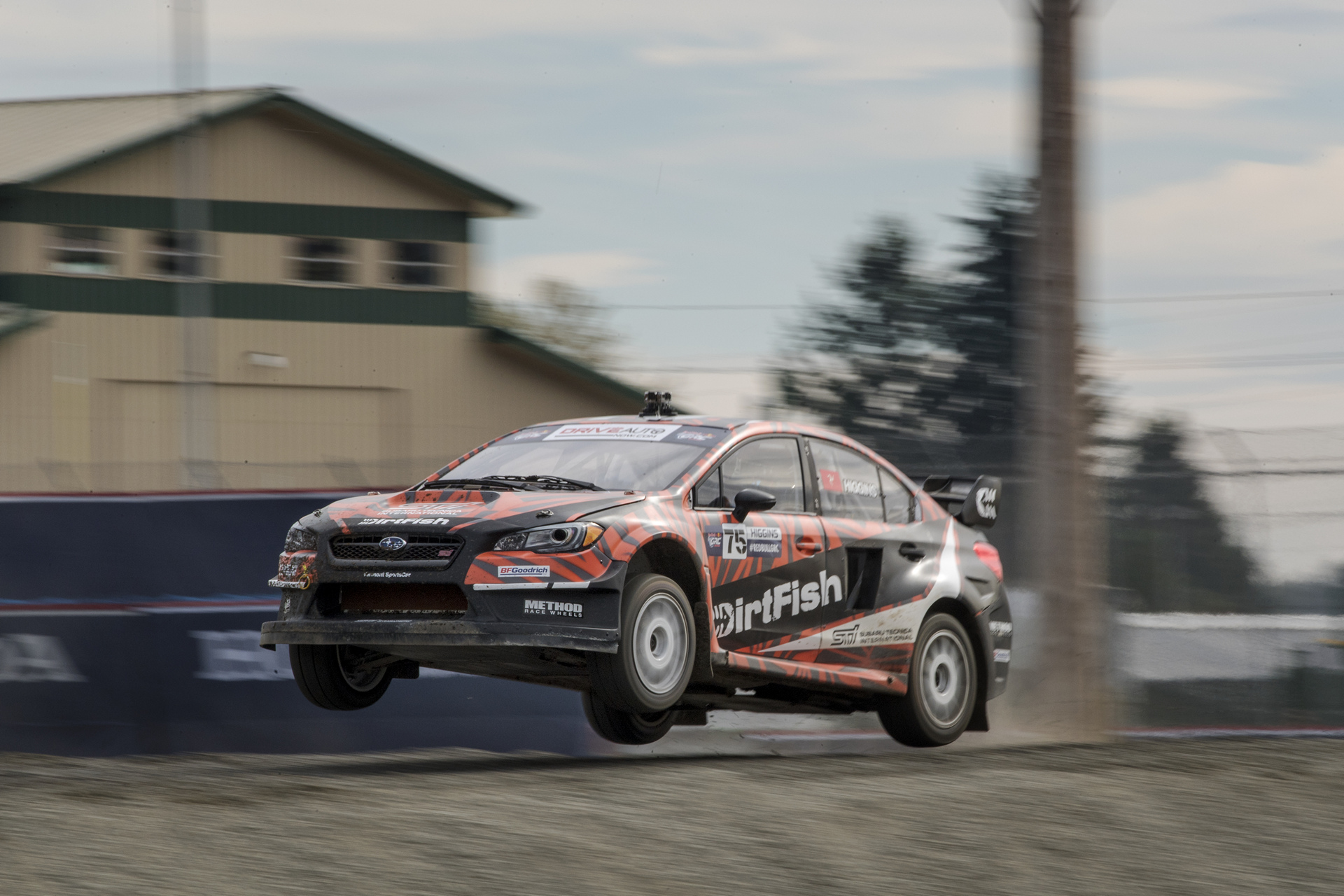 Subaru Rally Team USA fought through rain and mud for the team’s most encouraging results of the year at the Seattle round of the Red Bull Global Rallycross Championship this past weekend. Team drivers Chris Atkinson and David Higgins fought near the top of the field throughout the event, earning a 2nd and 3rd place finish in their semi-final events respectively and a 6th and 9th place finish in the hotly contested final. 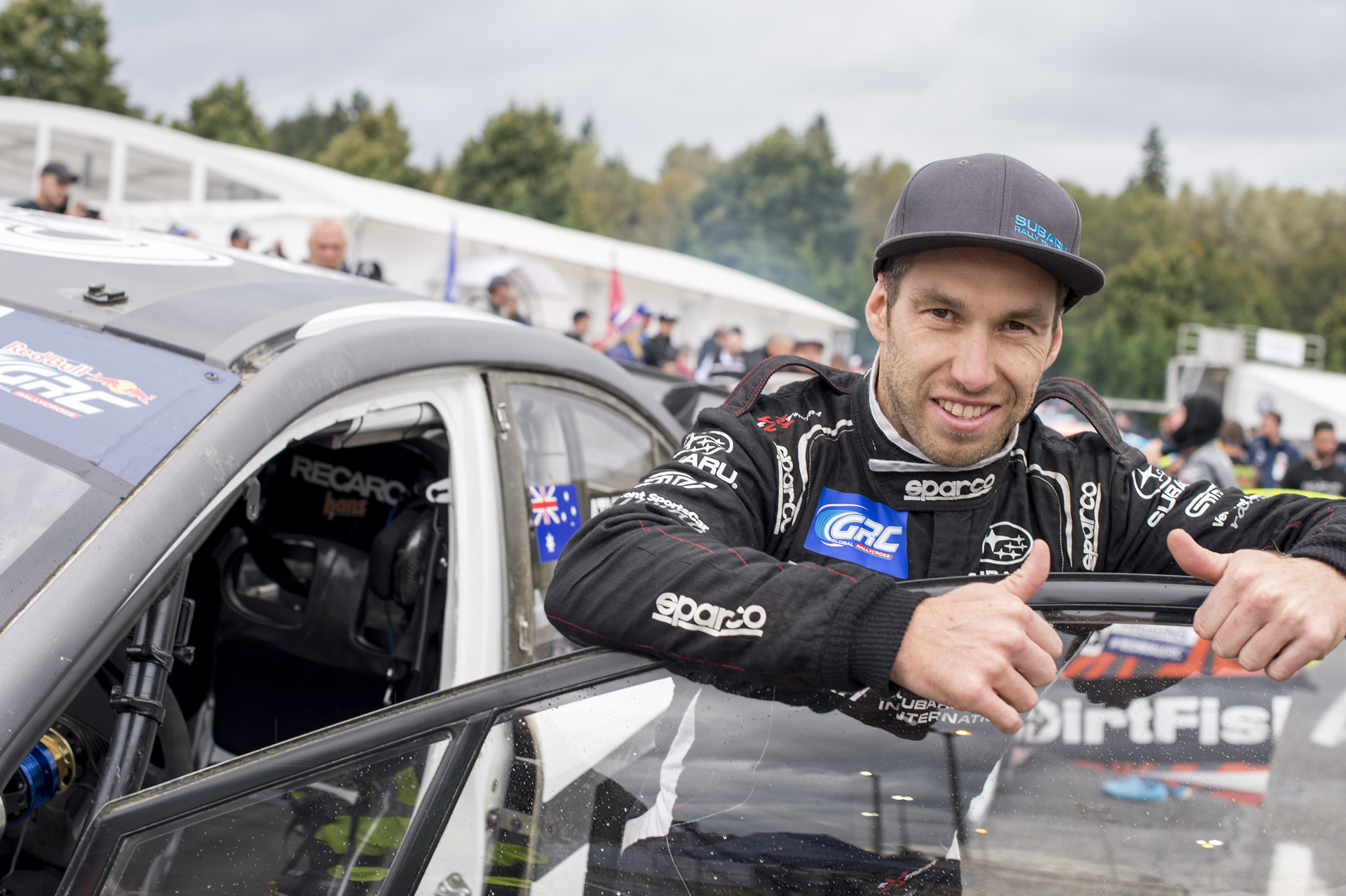 Subaru driver Chris Atkinson made a strong rallycross debut at the previous GRC round in Atlantic City, New Jersey. The former Subaru World Rally Team driver, with over 70 WRC starts in his career including 41 stage wins and six podiums, had never raced in rallycross prior to his debut last month. Atkinson’s rally experience was a boon in the wet and muddy conditions at Evergreen Speedway, one of the most unique courses on the 2016 Red Bull GRC calendar, which combined elements of its .625-mile oval with mixed-surface action and 70-foot jump that are signature elements to the series. 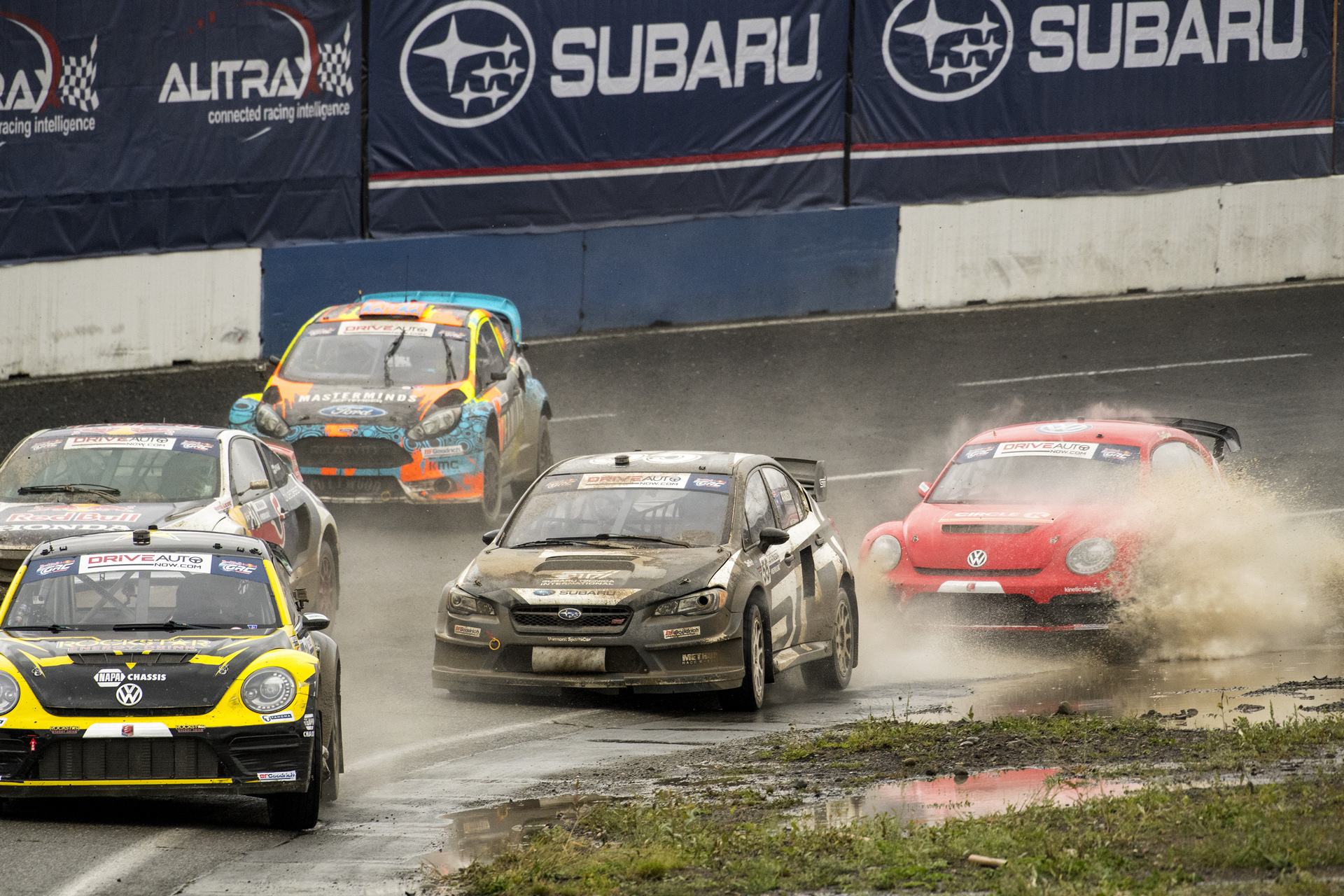 Atkinson shined in the pivotal semi-final where he battled defending GRC Champion Scott Speed for 2nd overall throughout the race. Drama unfolded as Atkinson braked to enter the joker lap Speed hit the rear of Atkinson’s Subaru hard, damaging his exhaust and nearly spinning him around. Atkinson kept his cool and was able to finish in 2nd position, promoting him directly to the final. Starting from the front row of the final he had an uncharacteristically poor start and bogged off the line. Atkinson found himself at the back of the pack but battled through the field to earn 6th overall. Being only his second ever Rallycross event, this was an impressive effort by Atkinson. 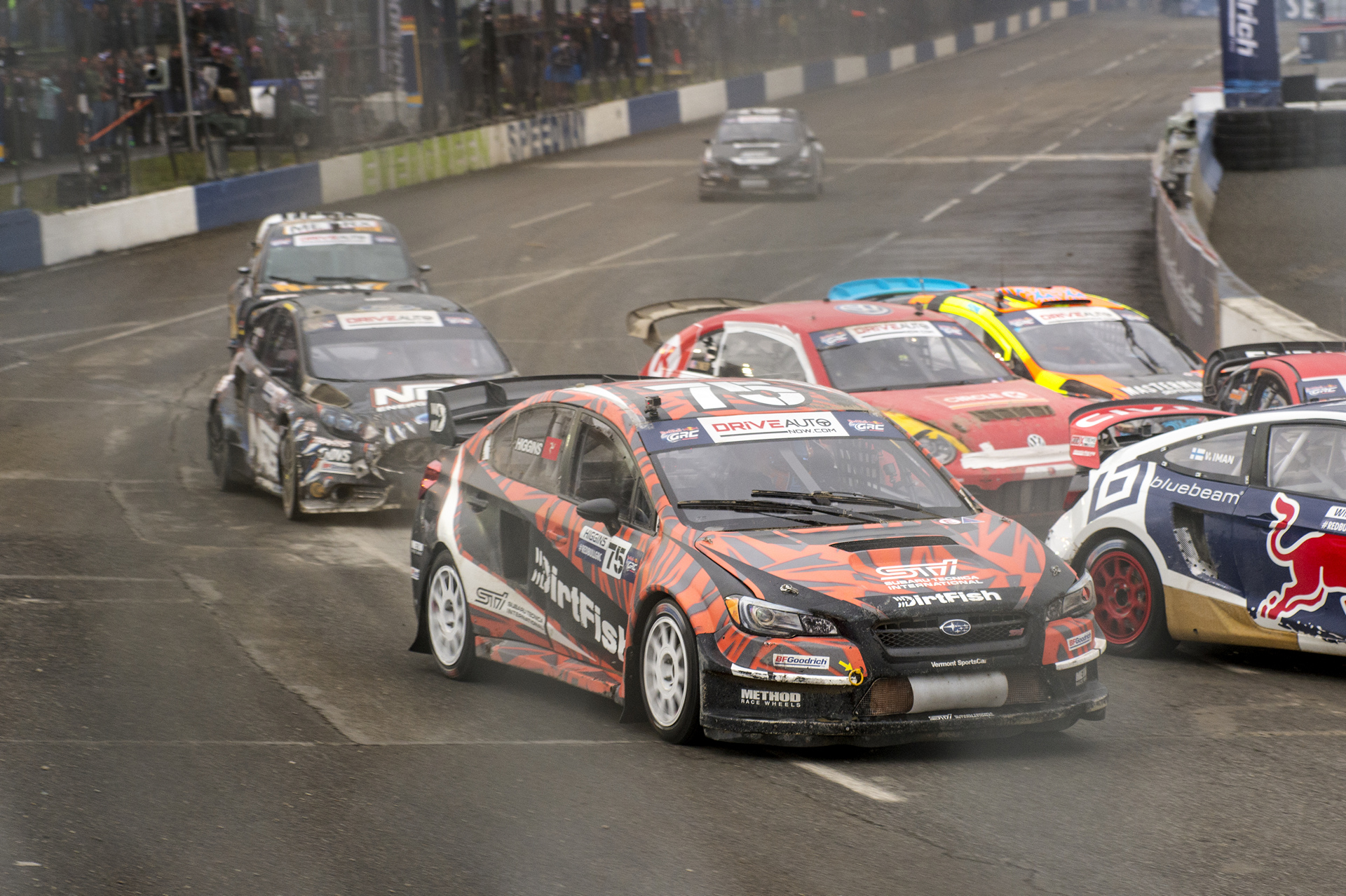 Higgins makes a pass along the outside at the start of the final at GRC Seattle © Fuji Heavy Industries, Ltd.

“We had a bad start (in the final) but we fought back and got P6 from dead last so it was ok!,” explained Atkinson. “We can take some real positives from this weekend; P2 in a semi-final and on the front row in the final. We know we are in the mix now and we are closing the gap to the front, we have a lot of work still to do but we can see the results now of all the work the team has been doing.” 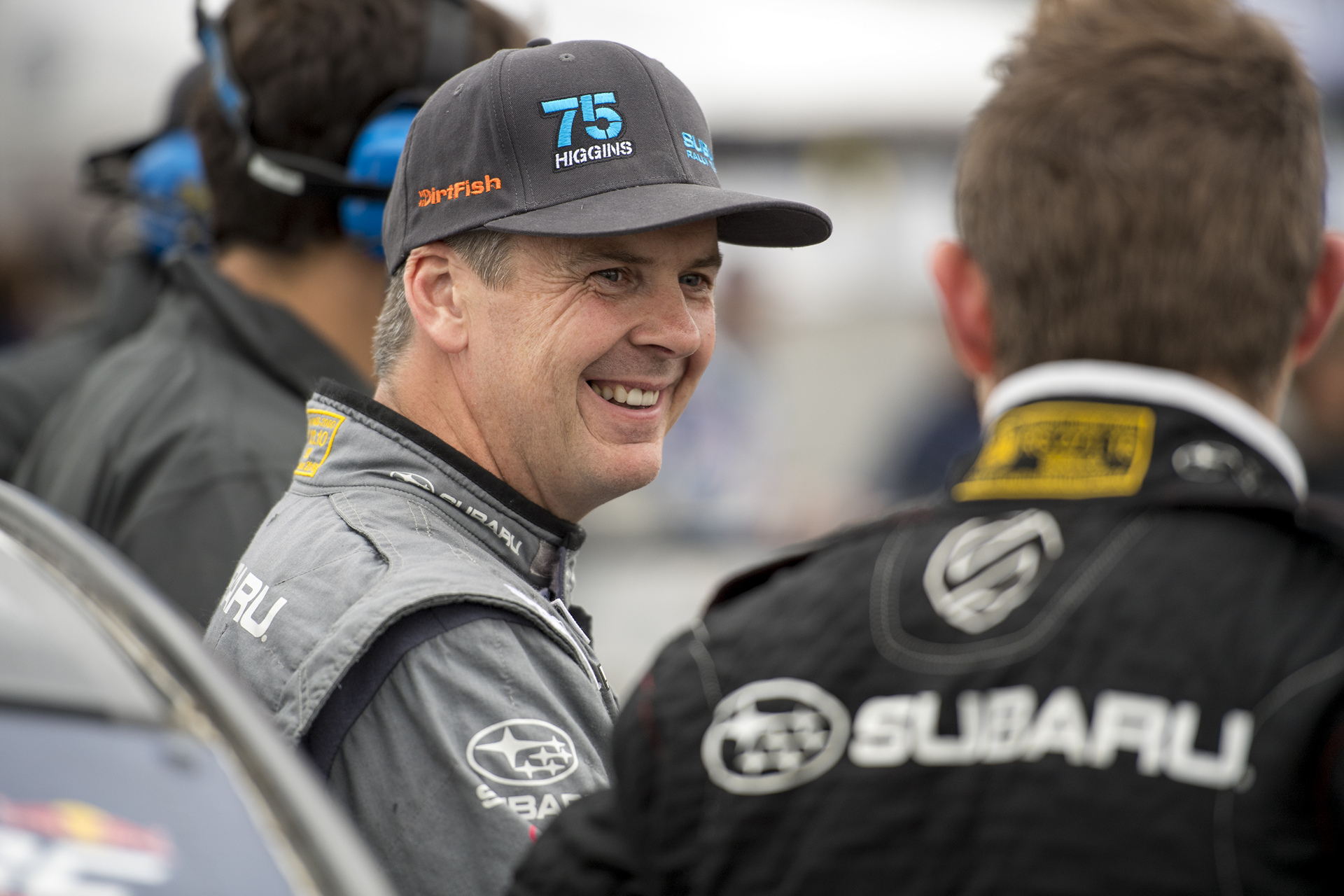 Subaru driver David Higgins has been busy competing in the Rally America Championship, where he is the defending 8-time Champion, but jumped at the chance to drive the #75 2016 DirtFish Subaru WRX STI in Seattle. With little previous time in the car, Higgins spent the early portions of the race dialing in the car’s setup in highly variable conditions. Things came together for Higgins in the semi-final where he was running 2nd overall until a final lap tire-puncture slowed him to a 3rd place finish, which was still enough to advance him to the final. Starting from the 2nd row of the final grid, Higgins advanced up to 4th position on the opening laps before a damaged drive-shaft slowed him, he soldiered on to a 9th place finish. 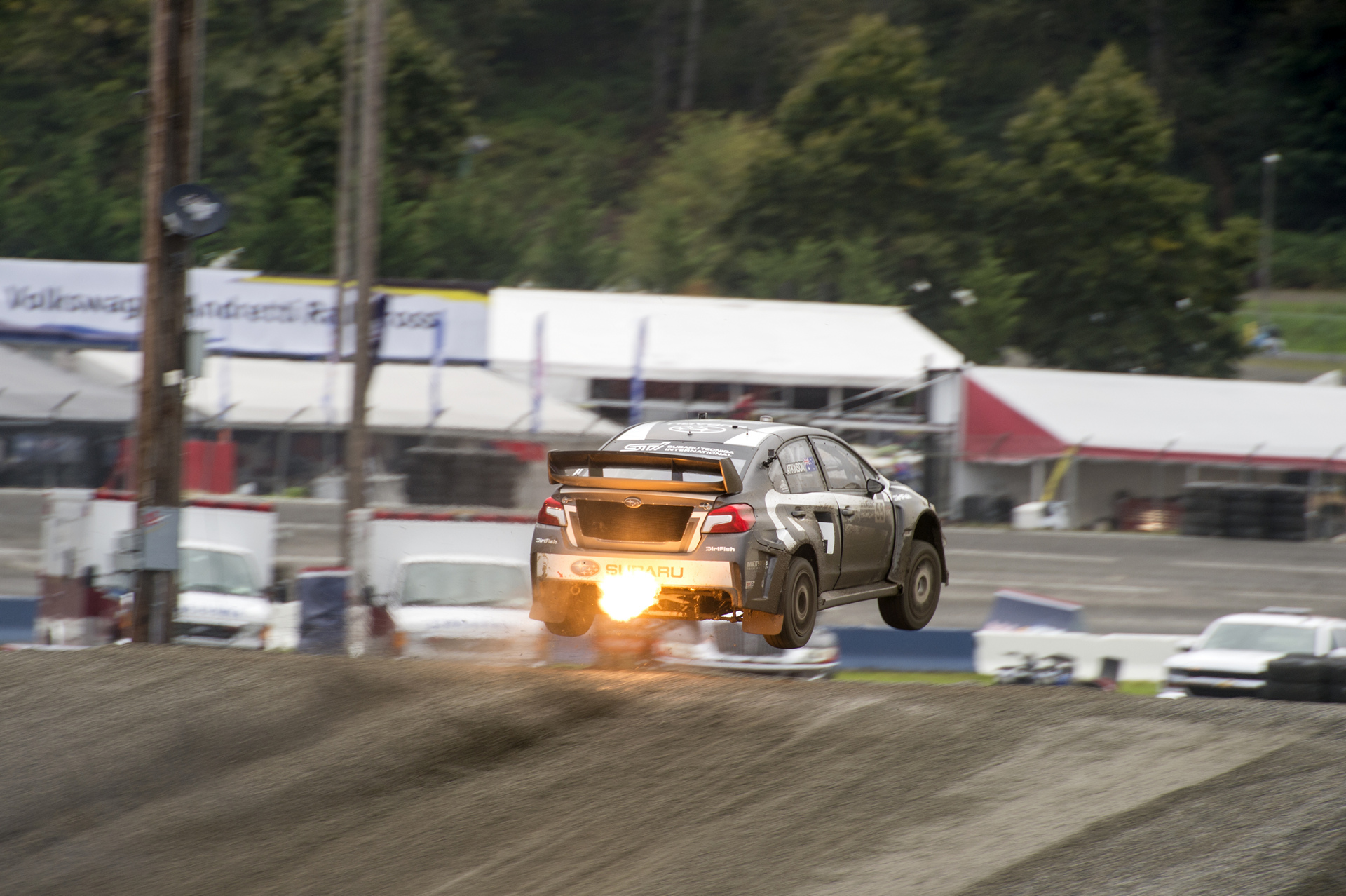 “It was disappointing result in the final, but we must take it as positive as the team did absolutely awesome job this weekend and we were fighting at the top of the field, our results in the semi-finals showed our potential,” said Higgins.

Subaru Rally Team USA will continue on to the final Red Bull GRC round of 2016, a double header race weekend October 8-10 at the Port of San Pedro in metro Los Angeles, CA.