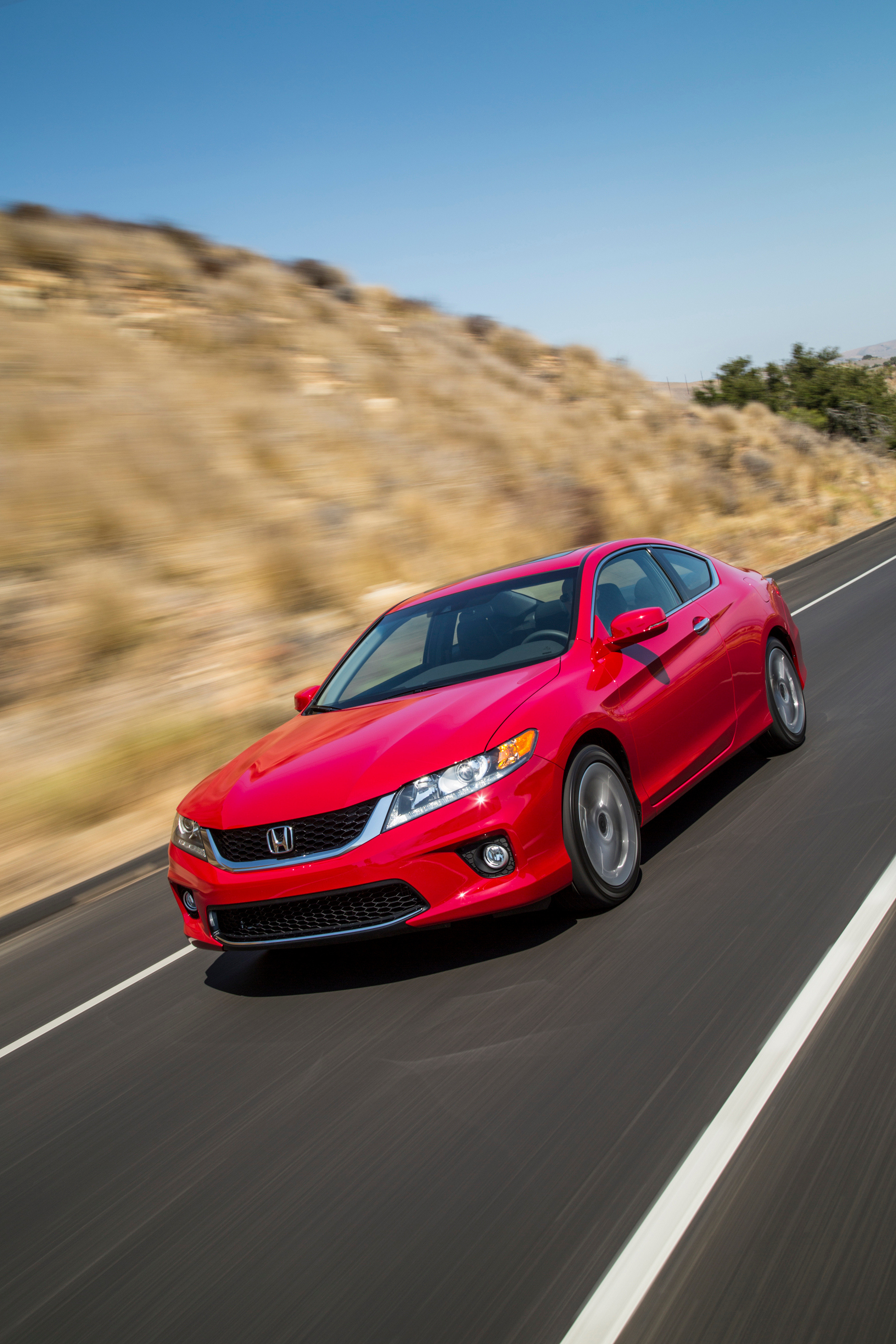 The highly successful seventh-generation Nissan Sentra, introduced in fall 2012, continues to be refined for the 2015 model year with a number of interior comfort and convenience enhancements – all which add value to an already outstanding array of standard and available features and equipment.

As the previous years, Sentra continues to offer class-above design standards inside and out, as well as efficiency in engineering. Sentra utilizes a fuel-efficient 1.8-liter 4-cylinder engine, which along with the next-generation Xtronic transmission with sub-planetary gear, helps the Sentra FE+ S model deliver 30 mpg city/40 mpg highway and 34 mpg combined – resulting in a more than 415-mile real-world driving range. Originally internally coded as LFA, the 2015 Sonata was unveiled in Korea late March 2014, and was unveiled in America at the 2014 New York International Auto Show. While the previous model incorporated significant aesthetic changes and sold successfully within the U.S, sales in Korea failed to meet expectations. A more conservative approach was thus taken, to appease the Korean market, resulting in Fluidic Sculpture 2.0. With LED Running Lights and Xenon Headlights, a more European look was established. The car inherits many styling features from Hyundai’s Hyundai HCD-14 Concept unveiled at the 2013 New York International Auto Show. The car also takes interior and exterior styling based on the 2015 Hyundai Genesis. In Australia and New Zealand, Hyundai have reverted to the use of the Sonata badge, replacing the i45 badge that was used only on the sixth generation Sonata in that market. Cruze is the cornerstone of Chevrolet’s North American small-car lineup, which is attracting a greater share of the market and more young, first-time customers to Chevy showrooms. Cruze is also Chevrolet’s best-selling car around the world, with more than three million sold globally since its launch in mid-2010.

The new exterior styling cues are inspired by the Impala and restyled 2014 Malibu, while more intuitive controls update the interior. New voice-controlled features enhance safety when responding to text messages in the vehicle.

“We’ve simply made a great, versatile car even better,” said Steve Majoros, Chevrolet director of passenger car and crossover marketing. “Chevrolet continues to design, build and sell the most compelling small cars in its history and the 2015 Cruze offers more of the features, connectivity and efficiency that are important to today’s customers.”

The Cruze’s facelift for 2015 refreshes the appearance for LT, RS, LTZ, Eco and Diesel models. A prominent dual-port front fascia takes styling cues from Impala and Malibu, contributing a more cohesive look across Chevrolet’s sedan range – including LED daytime running lamps on LT, LTZ, Eco and Diesel. They complement the Cruze’s swept-back headlamps, for a sportier presence. Several new exterior and interior colors will also be offered for 2015. For the 2016 model year, Elantra ups the value quotient by offering a new Value Edition that bundles customer-favorite features at an attractive $1,000 in value savings. In addition, the Limited model now comes with more standard features and maintains the same starting MSRP of the previous model year while Elantra Sport gets a lower starting price with the removal of standard leather and power sunroof.

Elantra exemplifies Hyundai’s emotional “Fluidic Sculpture” design principles. “Fluidic Sculpture” considers the interplay of wind with rigid surfaces to create the illusion of constant motion. Along Elantra’s sides are flowing lines that join a strong undercut feature line starting at the front door. These lines, along with muscular wheel arches and a sleek roofline, create a memorable and spacious package. Flowing lines also lead to an aerodynamic body. The drag coefficient for the Elantra sedan line-up is an exceptionally low 0.28. Fusion has been acclaimed as a design leader in the midsize sedan segment right from the start. Its numerous distinctions include Autoweek magazine’s Best in Show award at the 2012 North American International Auto Show and EyesOn Design honors for design excellence in a production vehicle.

Ford continues to improve and refine Fusion for 2015, with many new standard and available features throughout: The creation of this new 10th-generation Civic represents one of the most comprehensive and ambitious new-model developments ever undertaken by Honda, requiring an unprecedented commitment of R&D resources and Honda engineering prowess. While the development of the Civic Sedan was led by a North American team – a first for Honda and Civic – the overall Civic series involves design and engineering teams from Honda R&D, sales and manufacturing operations around the world, especially in North America and Japan, but also in Europe, South America and Asia.

In seeking to realize a “dynamic rejuvenation” of Civic and create a new interpretation “in a league of its own,” as the development team defined its mission, Honda engineers set out early during platform development to benchmark the world’s best C-segment vehicles—not only products in Civic’s traditional competitive set, but luxury compact class vehicles such as well. The 2016 Accord marks a further advancement of the 9th-generation Accord lineup. Building on the foundations established by the 2013 model, the more sophisticated, sportier, yet highly fuel efficient 2016 Accord features a further refined design, a more rigid body and upgraded chassis, and upsized wheels and tires on select models. All 2016 Accords can also now be equipped with Honda Sensing™ as a standalone option on all trims except Touring, which features Honda Sensing™ as standard equipment. Further changes include the expanded use LED exterior lighting, and new premium features and technologies, including the first combined application of Apple CarPlay®1 and Android Auto1 to a Honda model and among the first high-volume cars to apply the two systems in the marketplace.

Additional new available features for 2016, depending on model and trim, include remote engine start, front and rear parking sensors, rain sensing wipers, rear seat heaters, and a 60/40 split and folding rear seat. The Accord Sedan and Coupe, depending on trim, also feature new exterior color and interior fabrics and decor; and the Accord Coupe adds a new line-topping Touring model to match its Sedan counterpart. The Toyota Corolla may be America’s best-selling compact car, but don’t tell rear seat passengers it’s a compact, because Toyota managed to give them the kind of legroom you’d see in a full-size car – 41.4 inches. That’s just one of the many “class above” features that make the Corolla a standout in its segment. The 42-MPG EPA estimated highway fuel economy for the Corolla LE Eco model is yet another.

Those figures put the Corolla at the head of its class in both areas, with the rear legroom giving a 5-6 inch advantage over most competitors, and the top fuel economy encroaches on some diesels. That makes the Corolla pretty special, something Toyota is celebrating with the aptly named Corolla Special Edition for 2016. Toyota will build 8,000 for the model year.

Based on the sporty Corolla S grade with the CVTi-S transmission, the Special Edition adds more driving excitement. Sporty styling features, inside and out, complement a spirited driving experience made possible with steering wheel paddle shifters, rear disc brakes and Sport Driving Mode along with an array of additional standard features. After introducing the boldest-looking, quietest-riding, most comfortable and best-handling Camry ever for 2015, Toyota is boosting the momentum of America’s best-selling passenger car by adding a new Special Edition for 2016 and upgrading an already cutting-edge line of multimedia systems.

The redesigned Camry introduced a new chiseled design, and for 2016, the Special Edition shows off the wind-cheating lines to great effect in a choice of two exterior colors, Blizzard Pearl and new Blue Streak Metallic, accented by a smoked taillight treatment. The 18-inch alloy wheels in an exclusive design feature a machined finish and gloss black-painted accents.

The “special” in Special Edition certainly applies to the cabin, where this Camry features a standard power tilt/slide moonroof and a unique interior theme with blue contrast stitching, gauge cluster and trim, plus exclusive floor mats. The Camry Special Edition steps up user technology with a Smart Key System and Qi wireless charging for compatible smart phones. The standard Entune Audio Plus with a new Connected Navigation Scout® GPS Link App, uses the customer’s smartphone to provide navigation functionality through the head unit. For those who prefer integrated navigation, the available Entune Premium Audio with Integrated Navigation and App Suite provides it.

Depending on model grade, the Camry offers a variety of audio and Navigation packages with either 6.1-inch or 7-inch touch-screen displays. For 2016, the XLE and XSE upgrade from the 6.1-inch display to the 7-inch. Camry XLE and XSE grades equipped with 4-cylinder engines also gain the new Connected Navigation Scout® GPS Link App. (This Entune Multimedia feature is optional for the LE and SE grades.)