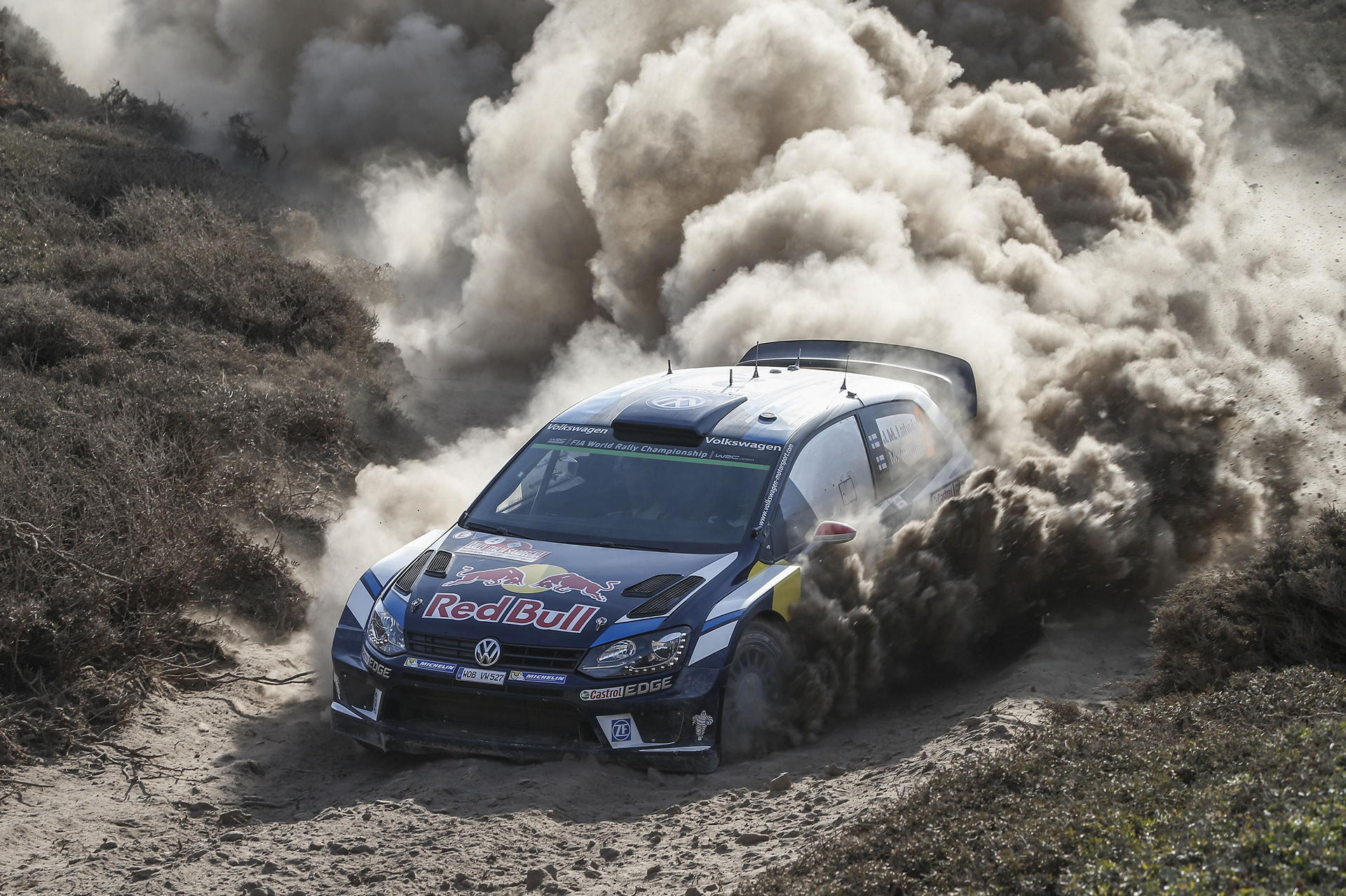 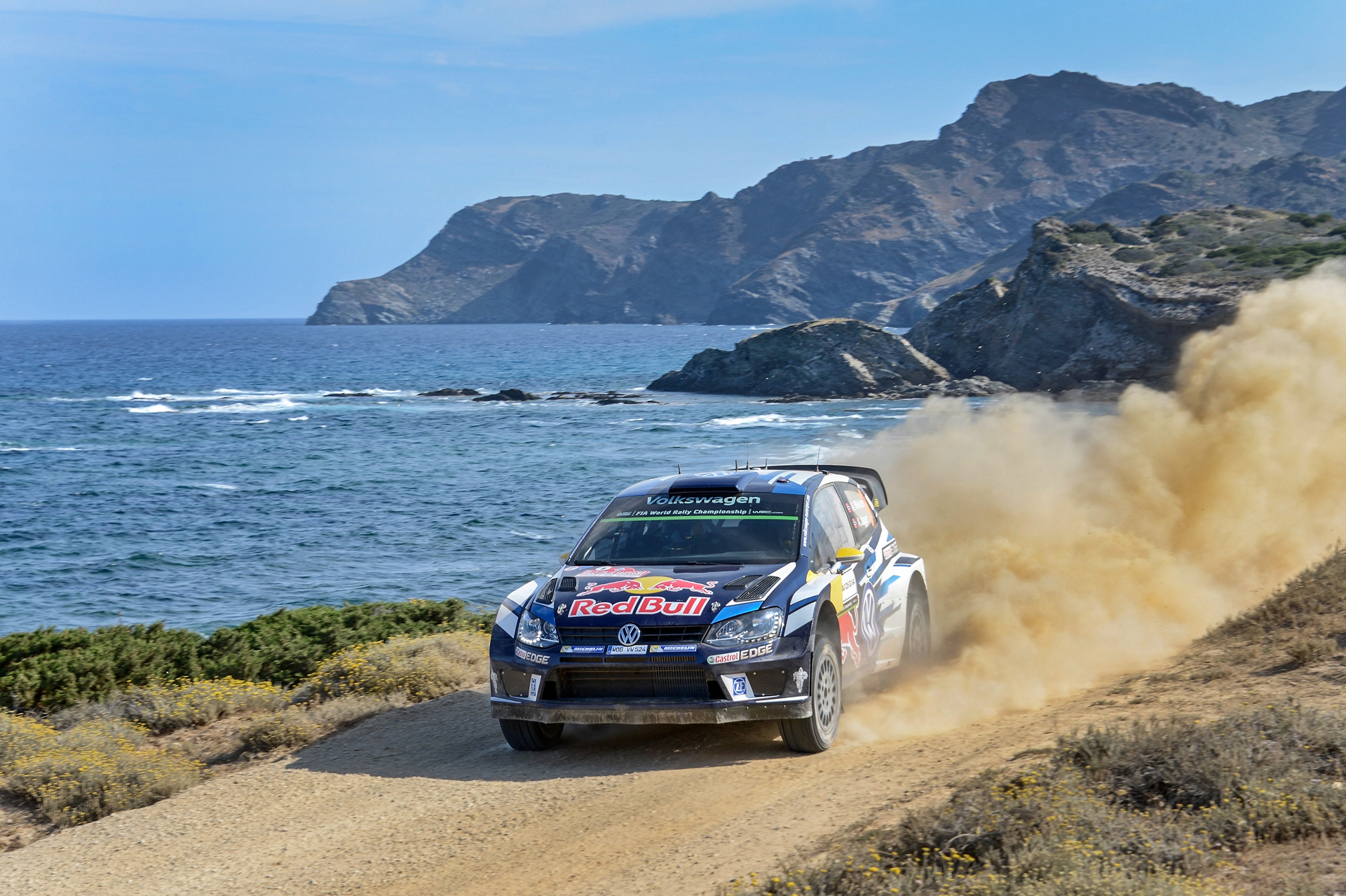 This represents a huge move in the race for the titles in the FIA World Rally Championship (WRC): Volkswagen significantly extended its lead in both the Driver/Co-Drivers’ Championship and the Manufacturers’ Championship with the Polo R WRC. Victory went to Thierry Neuville/Nicolas Gilsoul (B/B, Hyundai), who were involved in a thrilling battle for the lead with Latvala/Anttila. 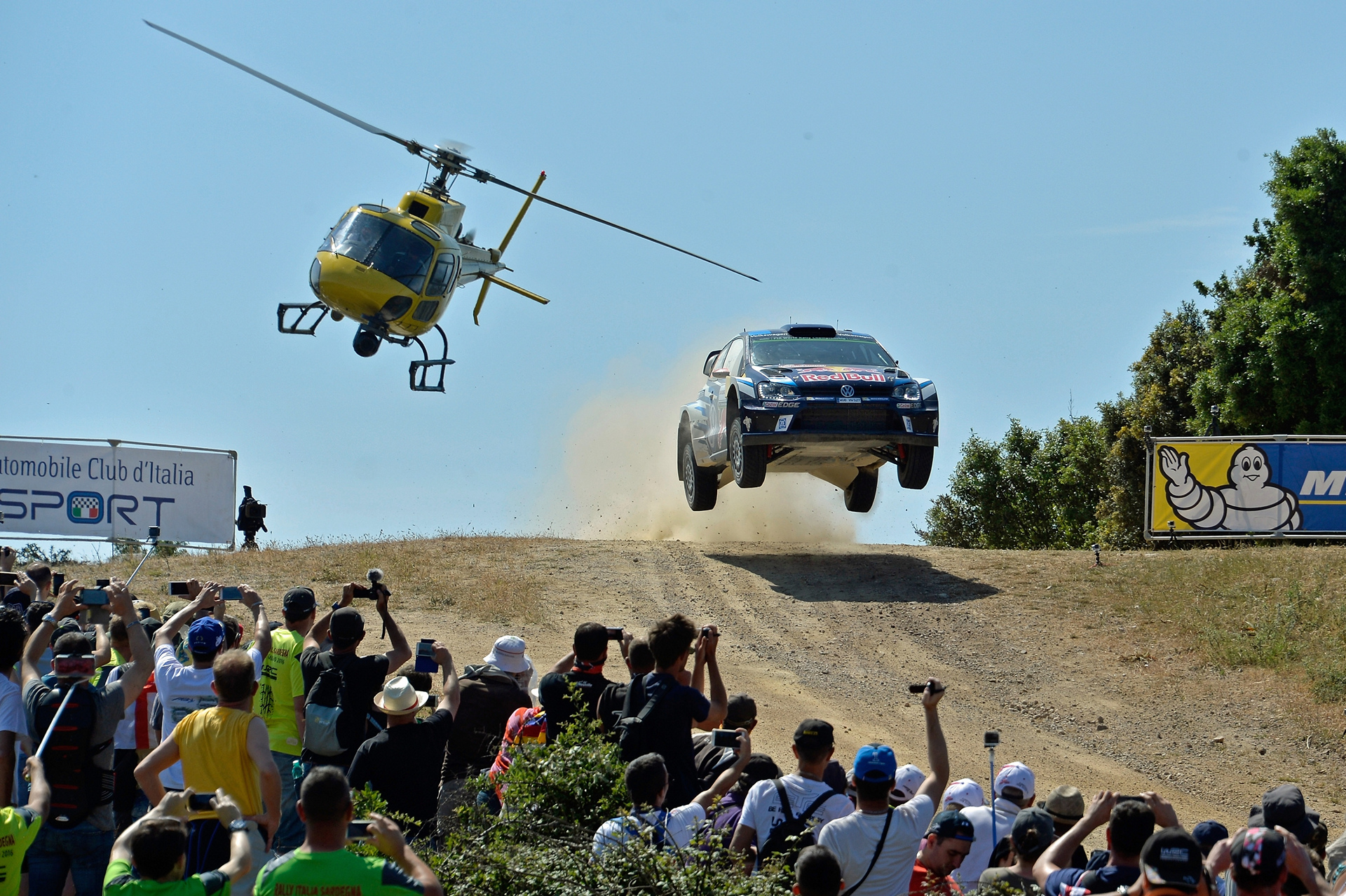 Ogier/Ingrassia who, as world championship leaders were forced by the regulations to open the route and were consequently unable to avoid losing too much time on the opening two days, played no role in the race for the “gold medal” on the Smaragd coast. However, they were rewarded for an impressive, battling performance with another podium result and will feel they got the maximum out of the rally. Andreas Mikkelsen/Anders Jæger (N/N) in the third Polo R WRC suffered a set-back: they hit a stone on the racing line whilst flat-out on Friday, and were subsequently forced to retire with a broken suspension and abandon any hope of picking up valuable points.

64 points for Ogier/Ingrassia, 70 for Volkswagen – the lead in the WRC grows significantly 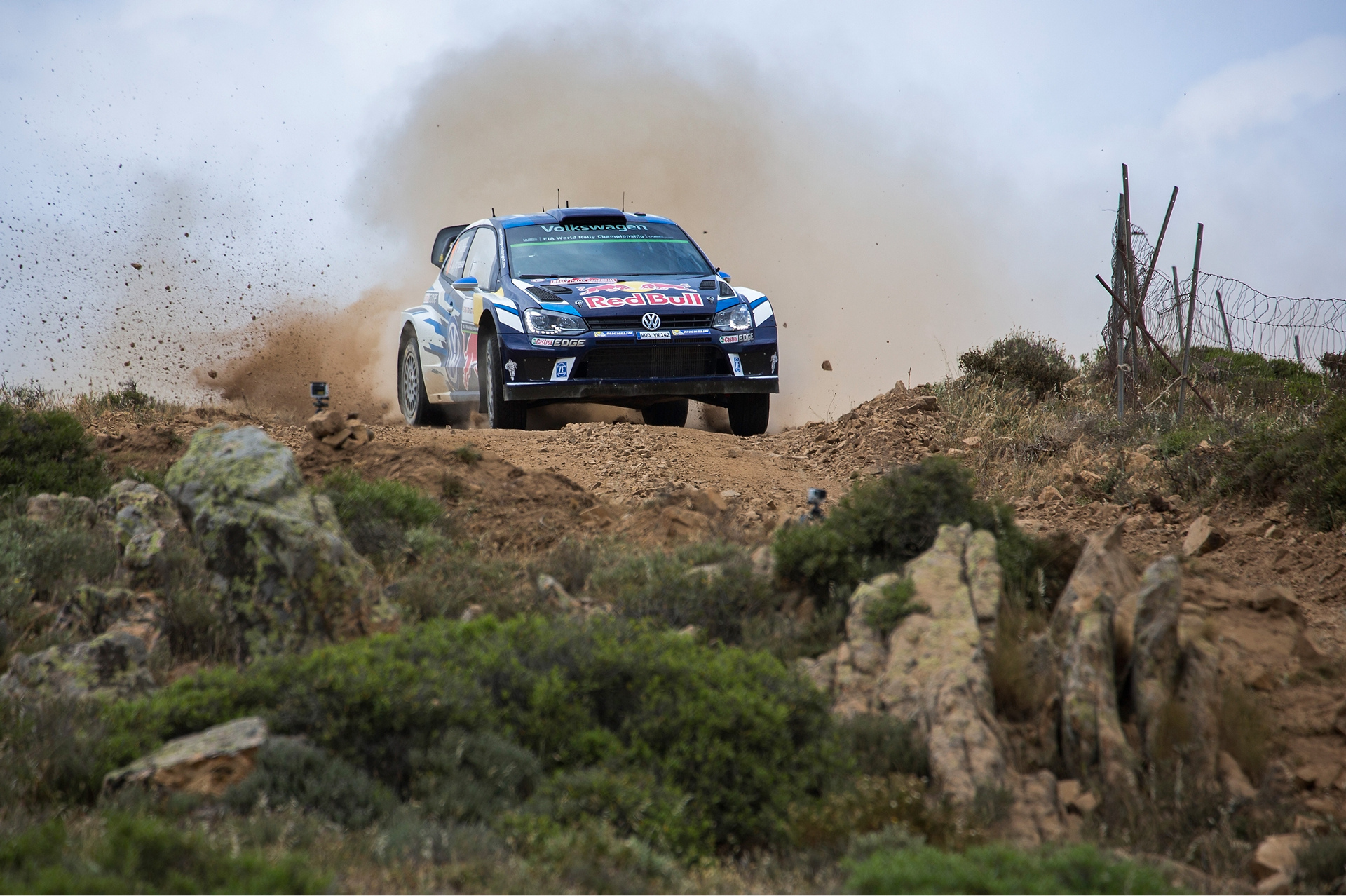 As far as the battle to defend the titles in the Driver, Co-Driver and Manufacturer Championships is concerned, Volkswagen took a big step forward at the Rally Italy. Sébastien Ogier and Julien Ingrassia stretched their lead to 64 points, while Volkswagen increased its lead over closest rival Hyundai from 49 to 70 points. A maximum 28 points per rally are up for grabs in the Driver/Co-Driver’s Championship, while a maximum 43 can be scored in the Manufacturers’ Championship.

Heat, dust and brutal routes – man and machine put through their paces

The Rally Italy on Sardinia is traditionally one of the gravel rallies on the WRC calendar that are particularly tough on man and machine. The 2016 rally was to be no exception: temperatures around 30 degrees and a whole lot of dust made life difficult for the drivers and co-drivers. Brutal routes, deep ruts, and boulders torn out of the road surface itself pose an extreme test for the World Rally Cars.

37 victories and only eight winless rallies – despite three rallies in a row without a win, the Polo R WRC remains by far the most successful car in the history of the World Rally Championship. The win rate of 82.22 per cent is unrivalled. Volkswagen duos have made it onto the podium with the World Rally Car from Wolfsburg on 78 occasions since the 2013 Rally Monte Carlo, including at the last 15 rallies in a row. At least one of the driver/co-driver pairings has featured on the podium at 43 of the 45 rallies.

A Herculean task: Ogier/Ingrassia open almost 90 per cent of the route 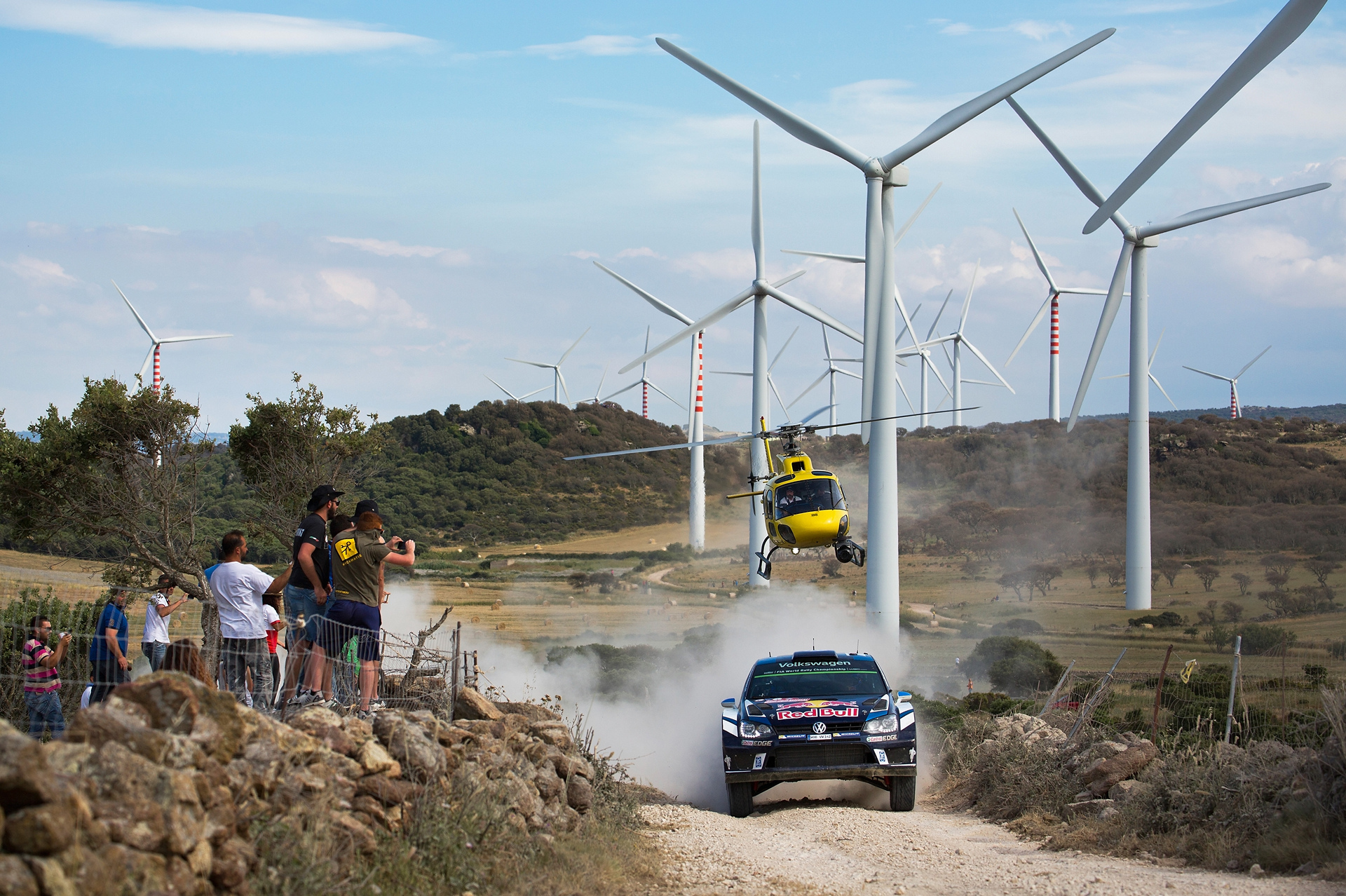 A struggle to master the loose gravel for 282 of 325 kilometres: as world championship leaders, Sébastien Ogier and Julien Ingrassia were once again burdened with the task of opening the route for two full days at the Rally Italy. This regulation made it impossible for the three-time world champions to challenge for the win without others slipping up, despite being in the most successful car in WRC history. Ogier/Ingrassia swept the roads clear for those behind them for exactly 87.04 per cent of the total distance. The disadvantage suffered on the first two days equated to one tenth of a second per kilometre and per car on the route. 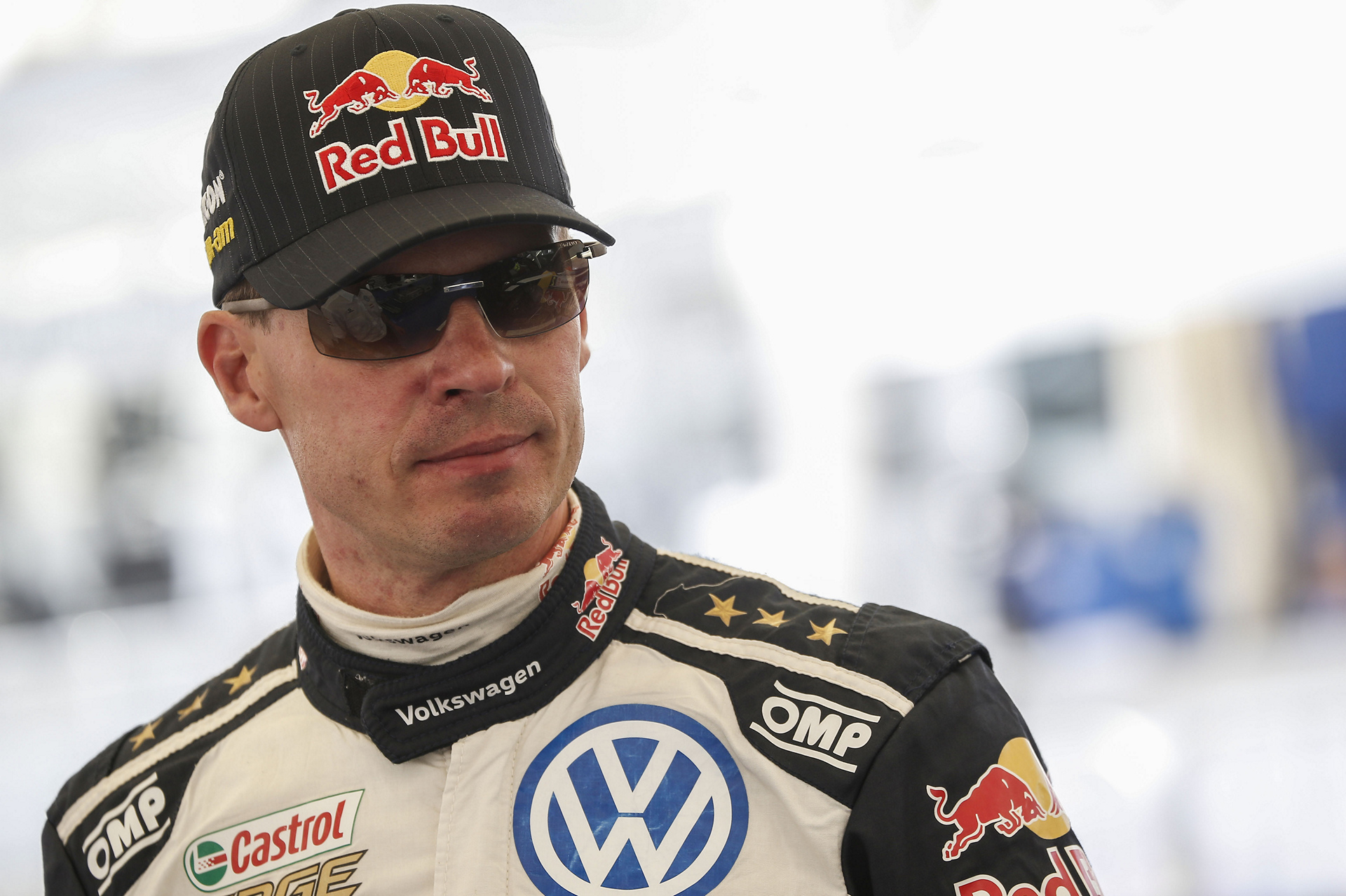 The World Rally Championship is set for an exciting battle for second place in the Driver/Co-Drivers’ championship over the next few rallies – and Jari-Matti Latvala and Miikka Anttila are right in the mix. Second place at the Rally Italy saw them close the gap to their rivals. Five duos are within twelve points of each other in positions two to six in the overall standings. 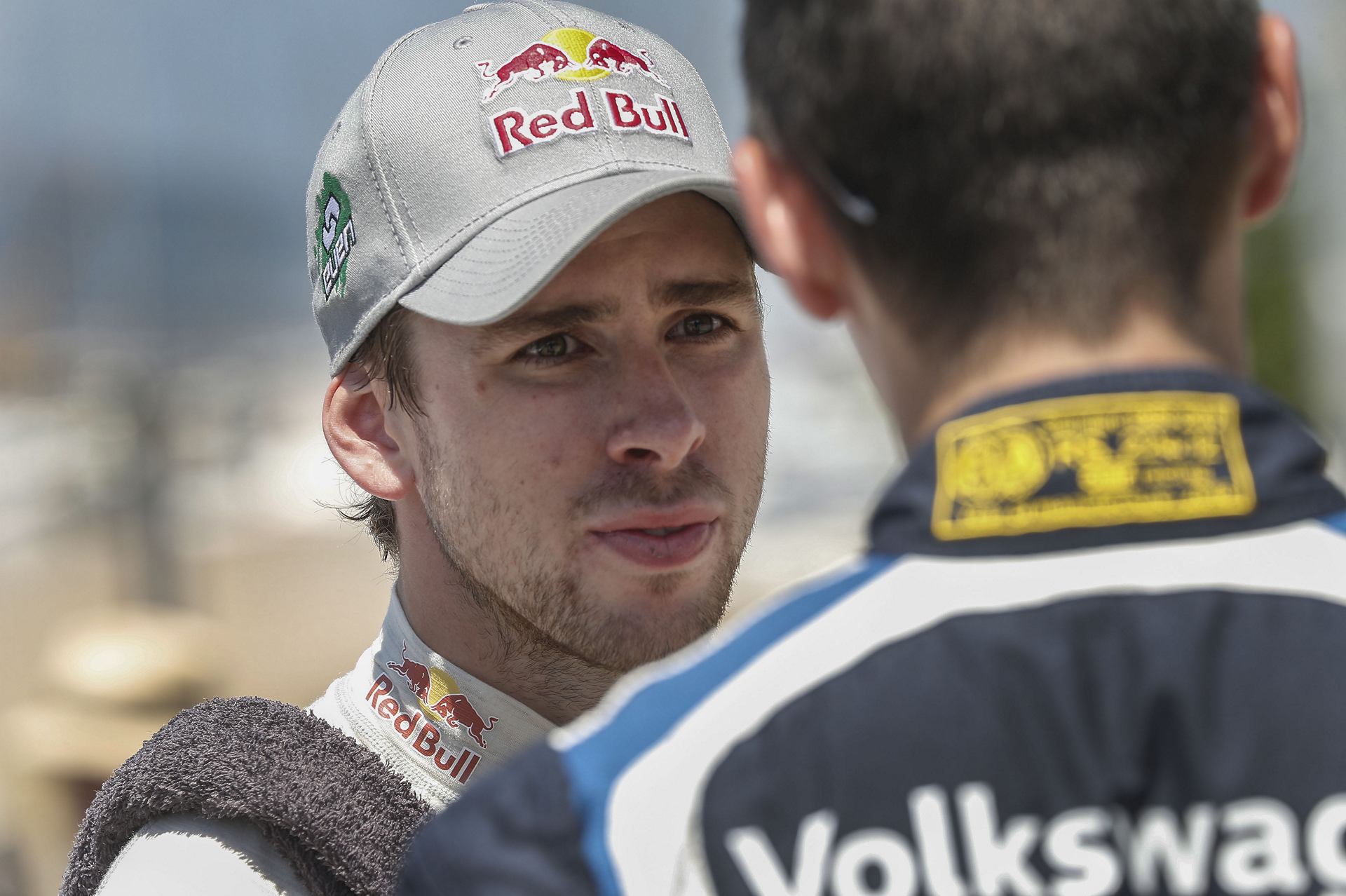 A stone in the middle of the racing line on the “Coiluna-Loelle” stage dashed any hopes of a valuable haul of points for Andreas Mikkelsen and Anders Jæger. Virtually flat-out in sixth gear, the Norwegian duo was unable to avoid the rock that appeared after a right bend, and hit the obstacle with the Polo R WRC. The front-right suspension broke immediately, after which there was no chance of continuing. Mikkelsen/Jæger were running fifth overall at the time, just behind their direct rivals in the world championship Mads Østberg/Ola Fløene (N/N, M-Sport-Ford) and Ogier/Ingrassia.

Success number 30 on the Power Stage: Sébastien Ogier remains the “Master of Faster” on the final special stage of a rally, on which bonus points are up for grabs for the three fastest duos. And that despite the three-time world champion sliding a little wide in a hairpin. The 70th Power Stage in the history of the World Rally Championship saw Volkswagen set the fastest time for the 36th time. The manufacturer has now scored extra points 81 times. Volkswagen has now amassed 175 points on the Power Stage alone.

Quotes after day three of the Rally Italy 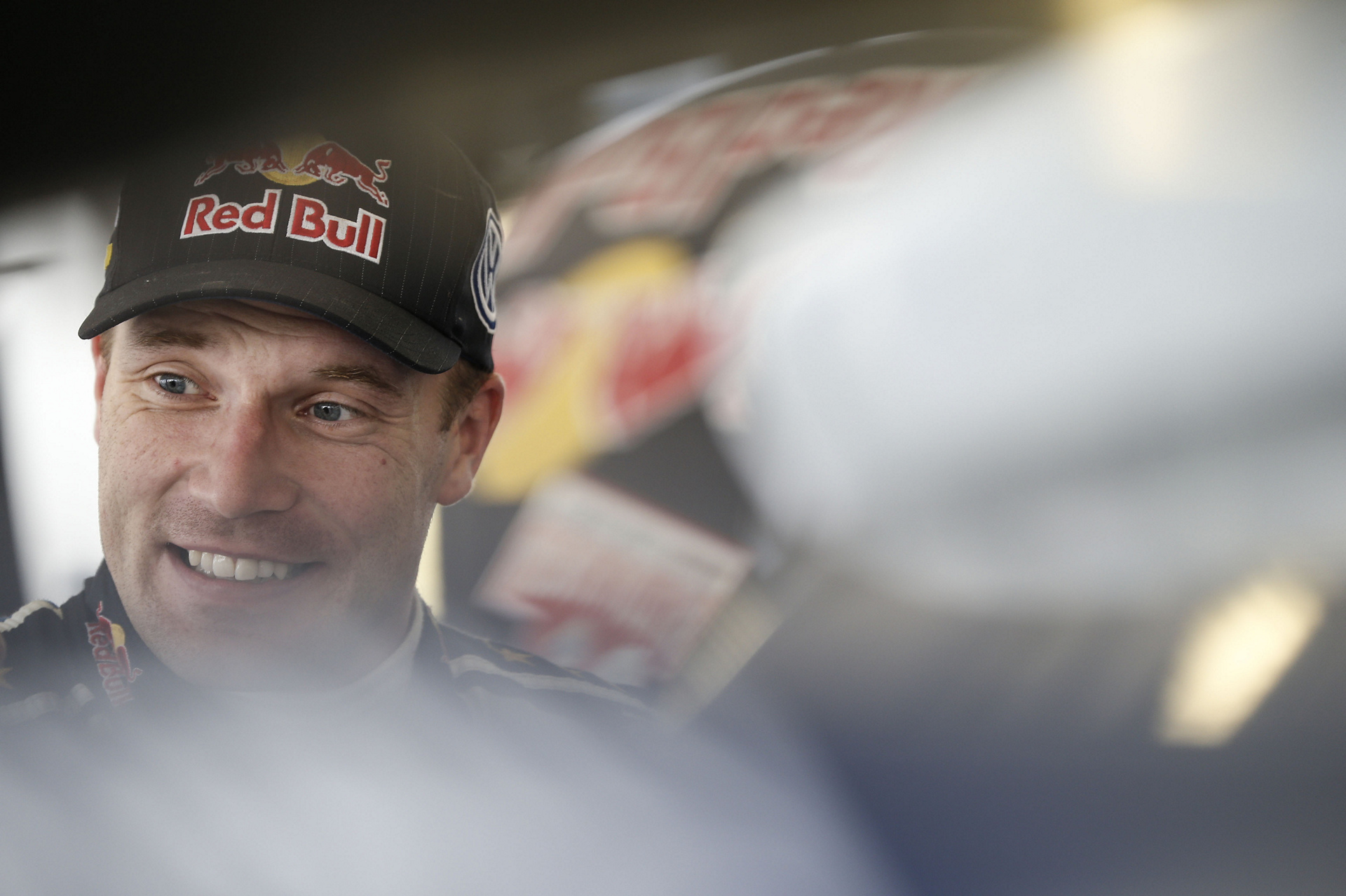 “Going into the rally, I knew that third place would be the best possible result Julien and I could hope for without others slipping up. As such, I am very happy to be on the podium. After the extremely long and tiring day yesterday, today was more of a relaxing cruise. Given the big gap to the front-runners and to those behind us, our priority was simply to get to the finish in one piece. The Power Stage was like driving on the beach – it was that sandy. We have once again significantly increased our lead in the world championship. With that in mind, it has been an ideal weekend. I would like to say a special thank you to my wife Andrea for waiting to give birth to our first child. I cannot wait to get home. The next few days will certainly be more exciting for me than any rally!”

“A successful weekend for us. As a team, we were able to stretch our lead in the Manufacturers’ Championship. We would obviously have liked to be stood on the top step of the podium, but, after my disappointing performance here in recent years, second place is a great success. Plus, we closed the gap to the front-runners in the Drivers’ Championship. Congratulations to Thierry Neuville. He did a great job all weekend and deserved to win. We will push hard again in Poland!”

“That is certainly not how I imagined the Rally Italy ending. On Saturday, on the penultimate stage of the day, we hit a rock at almost full speed after a long right-hander. Even with the best will in the world we could not avoid it. The big impact broke the suspension there and then. That was just unlucky, but is part and parcel of rallying. Sunday offered us the opportunity to test a few set-up variants on the Polo R WRC for the coming rallies. We hope we will benefit from that in Poland. We have always done well there in recent years – and that is obviously our goal again this year. We deliberately did not attack on the Power Stage, in order to start third instead of second at the next round. This will significantly increase our chance of winning. It is not nice for the spectators to see us ease up, but those are the rules we have to work with in order to achieve our goals come the end of the year.”

“Volkswagen significantly extended its lead in the Manufacturers’ Championship and took an important step towards defending its titles. As such, we can be very happy with the Rally Italy. Congratulations to Hyundai and Thierry Neuville, who produced a great performance and were better than us this time. Jari-Matti Latvala bounced back with second place – respect. Sébastien Ogier got the absolute maximum from his starting position. As first onto the route on this extremely loose gravel on Sardinia, he simply had no chance to compete for the win with those starting later on. Despite this, his performance was outstanding – even if the result does not quite reflect it. Andreas Mikkelsen was unlucky this time and, despite a good performance, was denied a possible podium finish. I think this will make him even more of a force to be reckoned with at the coming rally in Poland.”