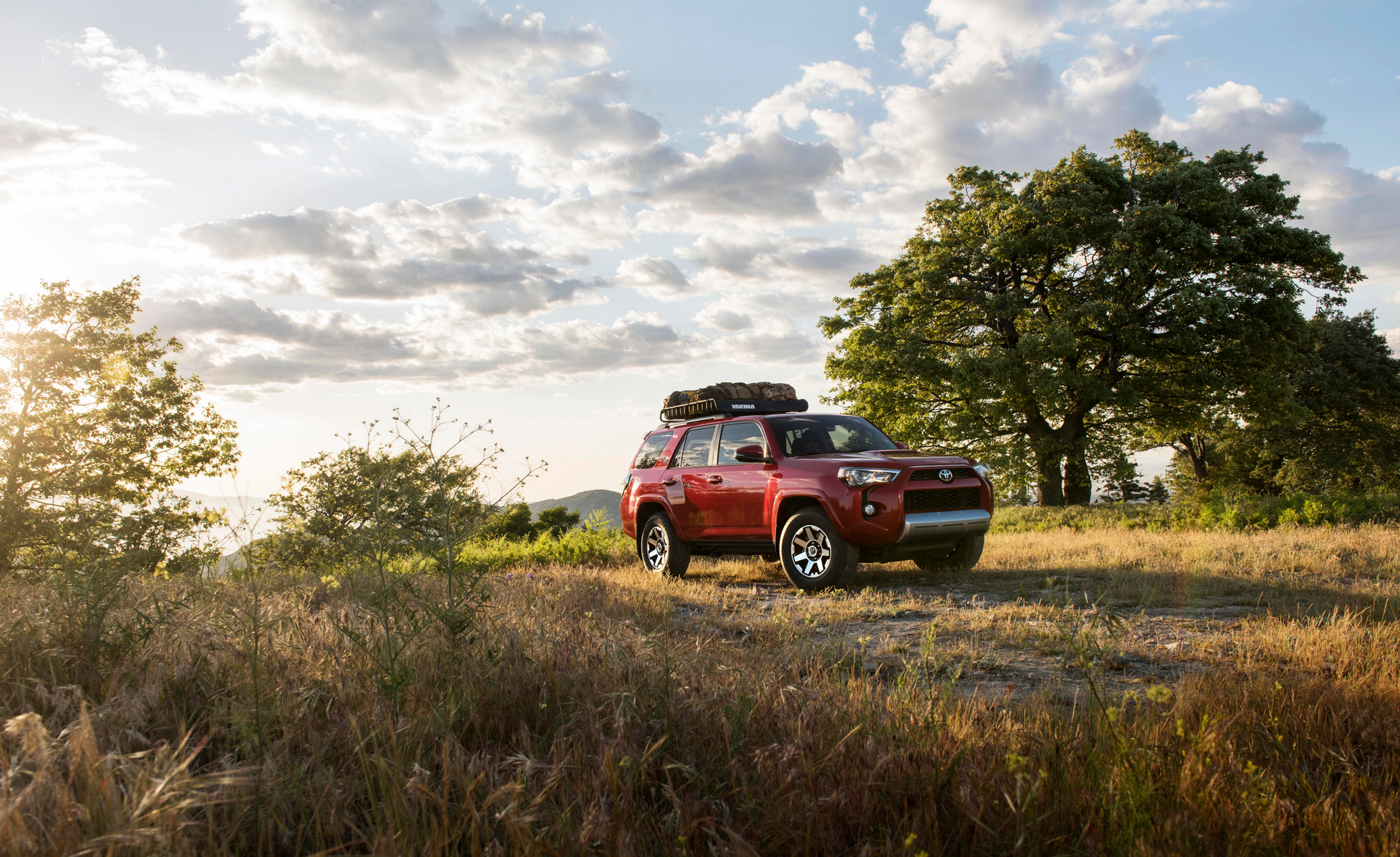 Adding to its impressive off-road credibility, the 2017 4Runner will be available in two new grades — TRD Off-Road and TRD Off-Road Premium. Both grades offer distinctive TRD (Toyota Racing Development) branding to stand out anywhere a 4Runner can travel.

Since its introduction in 1984, the 4Runner’s body-on-frame architecture has enabled the SUV to traverse challenging terrain while comfortably transporting people and all the gear they need for their adventures.

For four decades, TRD has been racing off-road and that heritage is reflected in these new grades. The exterior of the TRD Off-Road 4Runner features black painted wheels and a unique TRD Off-Road badge on the C-pillar. Inside, a TRD Shift Knob sits below the center console that has a carbon fiber look, while the floor mats feature the TRD Off-Road designation. The TRD Off-Road Premium 4Runner also adds “TRD” red lettering on the headrests for the driver and front passenger.

Under the rugged exterior of the Off-Road and Off-Road Premium grades, advanced capability is built into the 4Runner, including the Multi-Terrain Select system which allows the driver to use a dial to select the mode that matches prevailing terrain and conditions, adjusting wheel slip accordingly. The 4Runner lives up to its name with an electronic-locking rear differential and Toyota’s Crawl Control (CRAWL) feature. The latter helps maintain a constant speed, enhancing vehicle control when driving up and over obstacles in challenging off-road situations. With the transfer case shifted into low range, CRAWL regulates both engine speed and braking force to propel the vehicle forward or in reverse at one of the five driver-selectable low-speed settings. The driver can thus focus on steering over obstacles without having to also modulate the throttle or brake pedal.

Further off-road credentials include superior approach and departure angles, high ground clearance and available suspension upgrades. The available Kinetic Dynamic Suspension System (KDSS) facilitates extended wheel travel at slow speeds for greater off-road capability and stability. For example, on loose terrain such as mud and sand, more-than-normal wheel slip is permitted, allowing wheel-spin to work in the vehicle’s favor. The Mogul setting is for any extremely uneven terrain, such as V-ditches, slopes, and ridges — uphill or down. In this mode, wheel slip is minimized and the system acts more like a limited slip differential.

“The 4Runner has a large and loyal following, with dependability being a key factor. Of all the 4Runners purchased in the last ten years, 90 percent are still on the road,” said John Myers, national manager, trucks and SUVs, Toyota Vehicle Marketing and Communications. “4Runner owners often take their SUVs off the beaten path, so these new TRD Off-Road grades will be a popular recognition of TRD’s history in the off-road arena.”