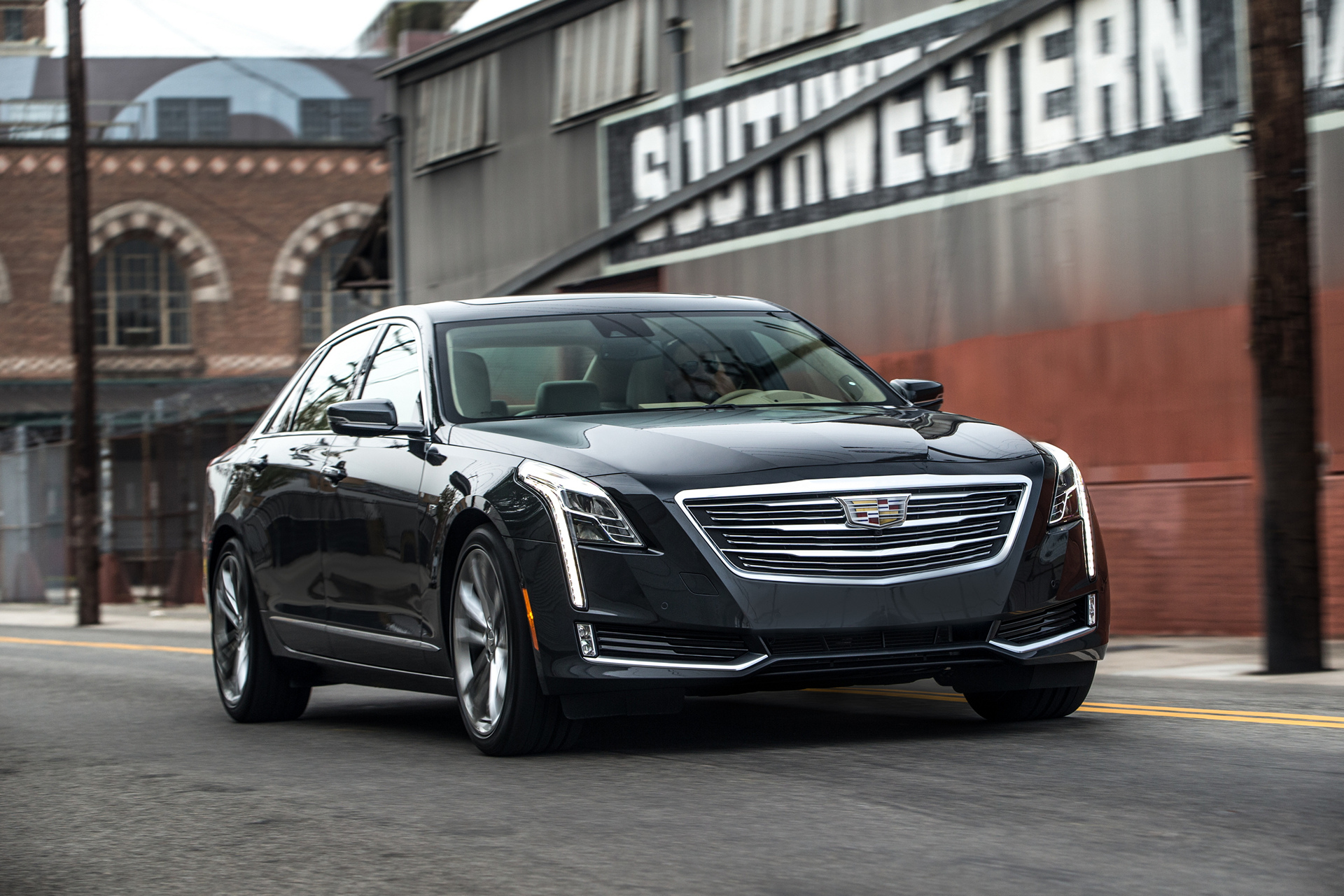 2017 Cadillac CT6: The new formula for the prestige sedan, extending the top of Cadillac’s range of driver’s cars

Cadillac recently introduced the all-new Cadillac Touring 6 (CT6), elevating the top of its range and creating a new formula for the prestige sedan through the integration of new technologies developed to achieve dynamic performance, efficiency and agility previously unseen in large luxury cars. 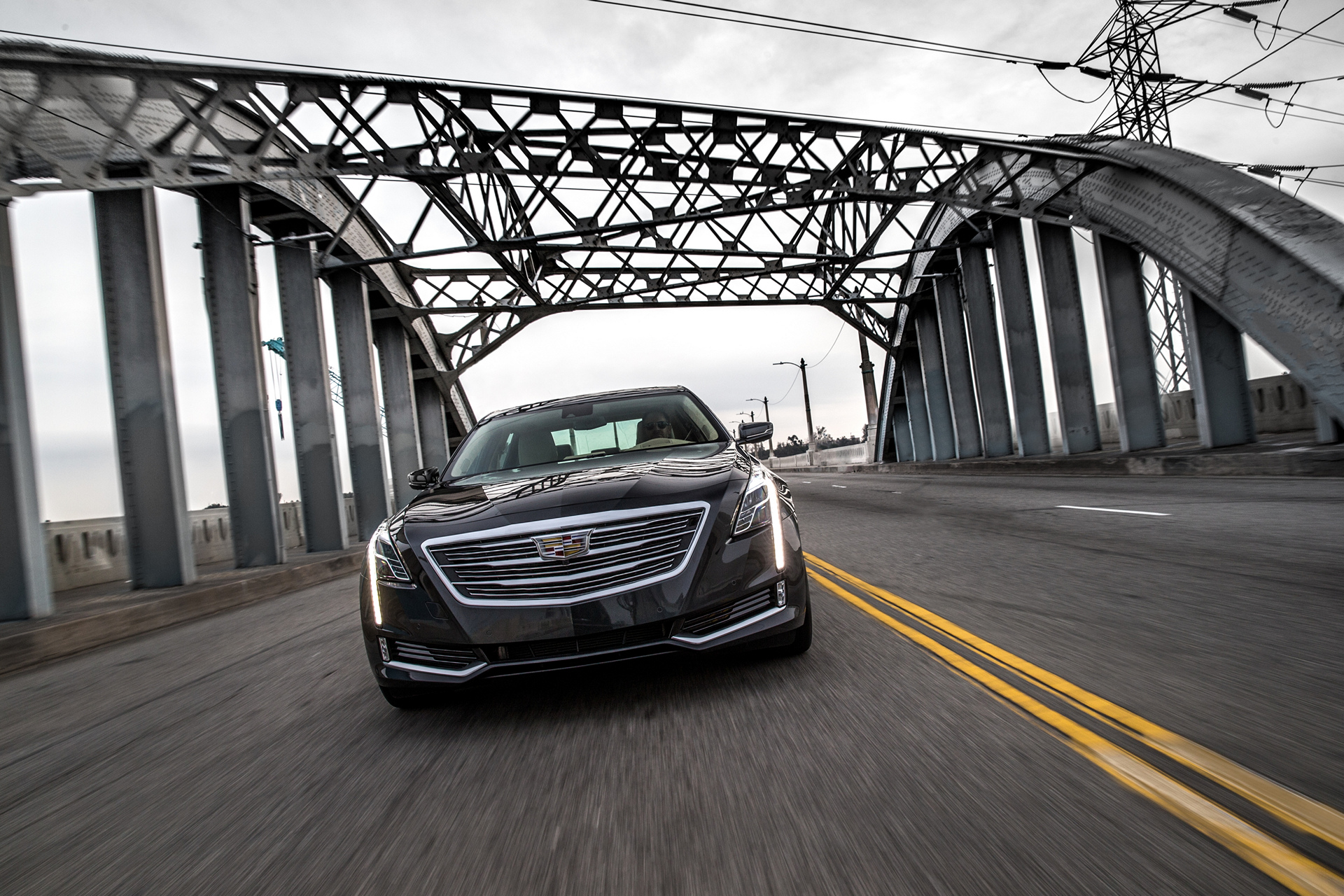 CT6 marks Cadillac’s long-awaited return to the global prestige luxury segment and is one of the key steps in the brand’s ongoing global expansion and elevation.

“The CT6 is nothing less than an entirely new approach to premium luxury – and an approach only Cadillac can offer,” said Johan de Nysschen, president of Cadillac. “It is a bold endeavor with unmatched dynamism that reignites a passion for driving in large luxury vehicles. In short, it is prestige luxury reimagined.” 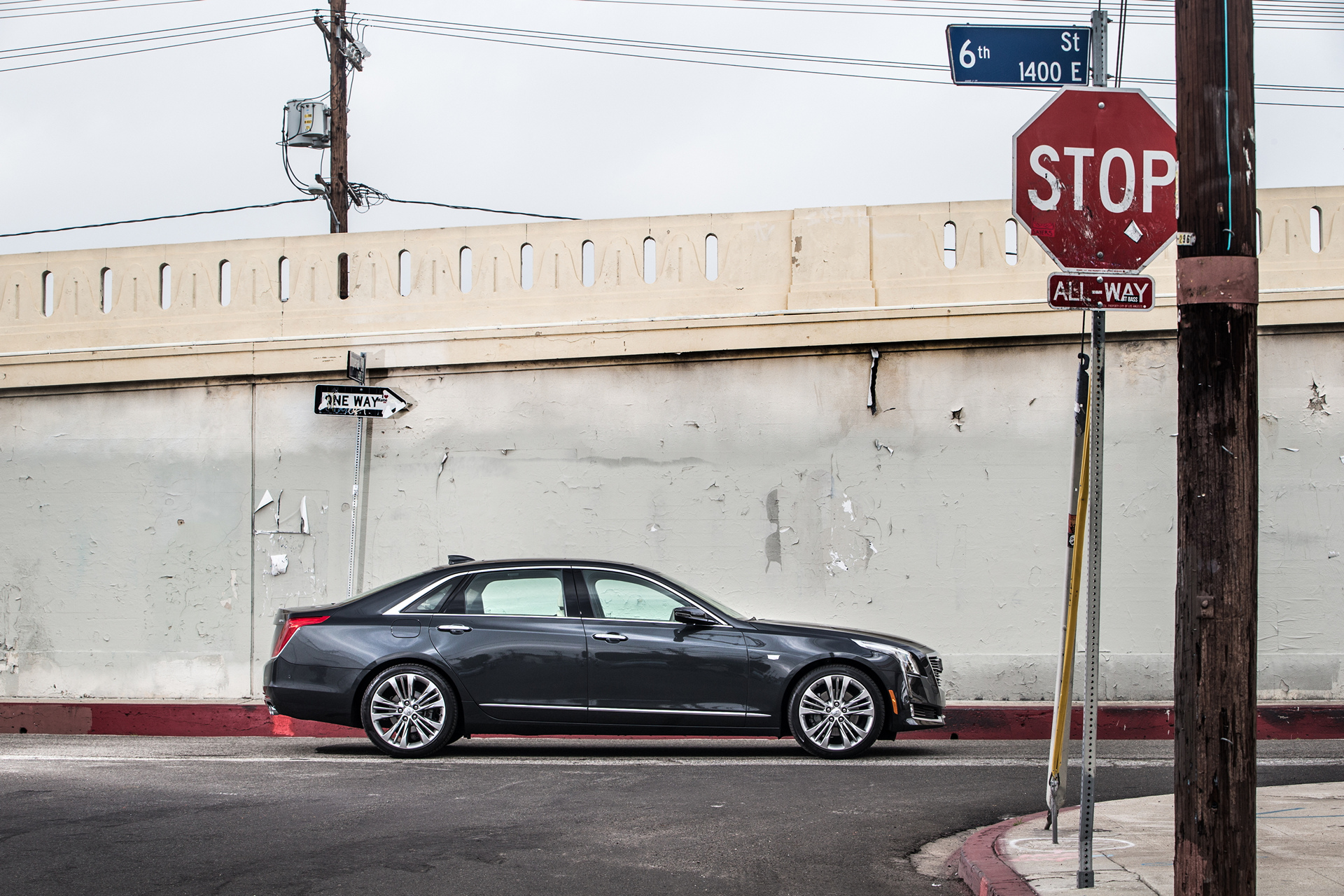 Having recently entered production towards the end of the 2016 model year, updates for the CT6 2017 model year are initially few in number. Later in 2017, Cadillac will add an all-new Plug-In Hybrid edition of the CT6. The new Plug-In Electric Vehicle (PHEV) technology will more than double the already impressive efficiency of the CT6, while providing excellent acceleration and driving performance. 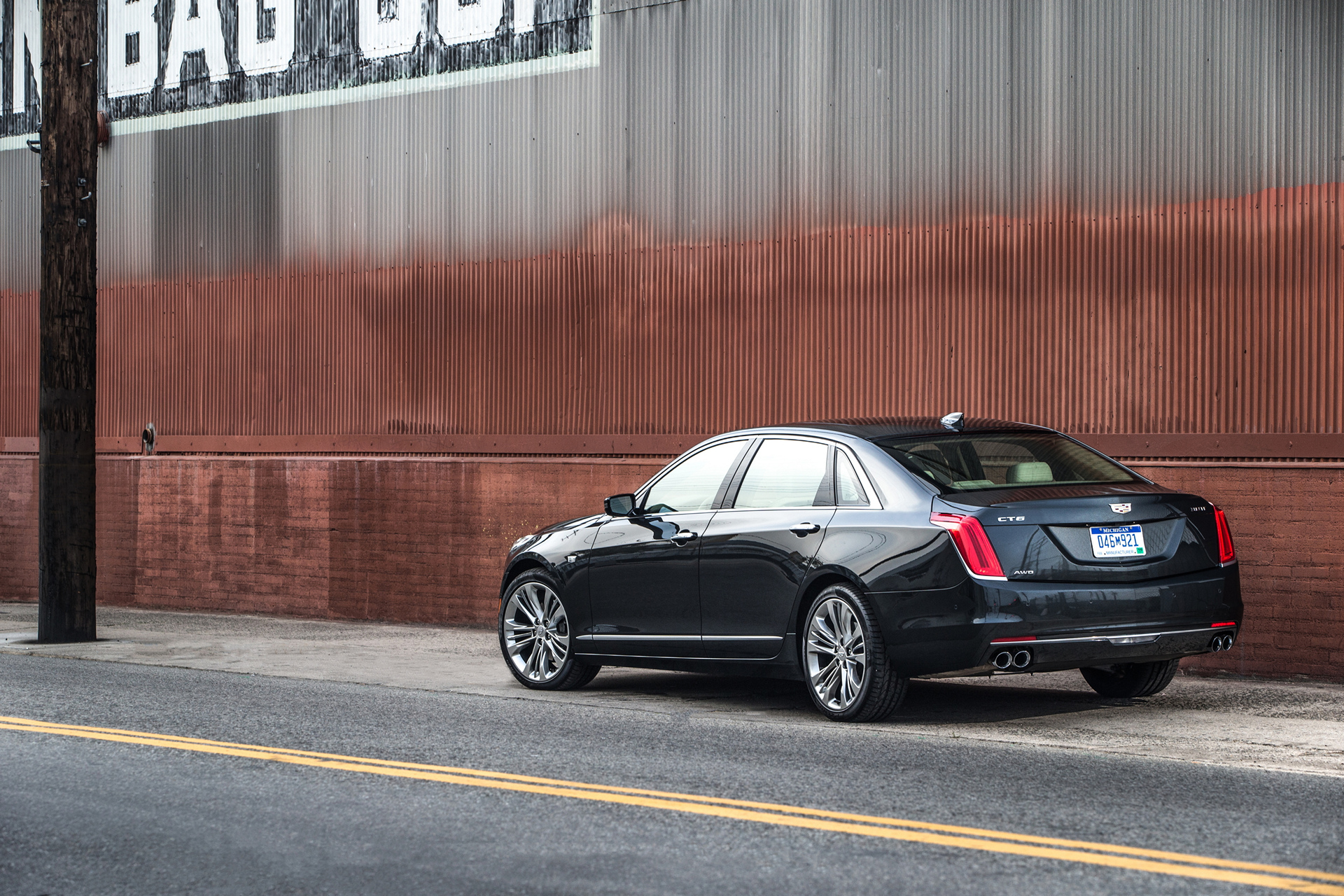 The Cadillac CT6 is the only flagship sedan that incorporates the elegant luxury accommodations of the finest prestige cars with the exhilarating driving experiences typical of performance sedans.

The CT6 features one of the industry’s most advanced automotive body structures, an aluminum-intensive architecture that incorporates 11 different materials to achieve strength, performance and efficiency thresholds practically unmatched among the world’s elite luxury performance sedans. 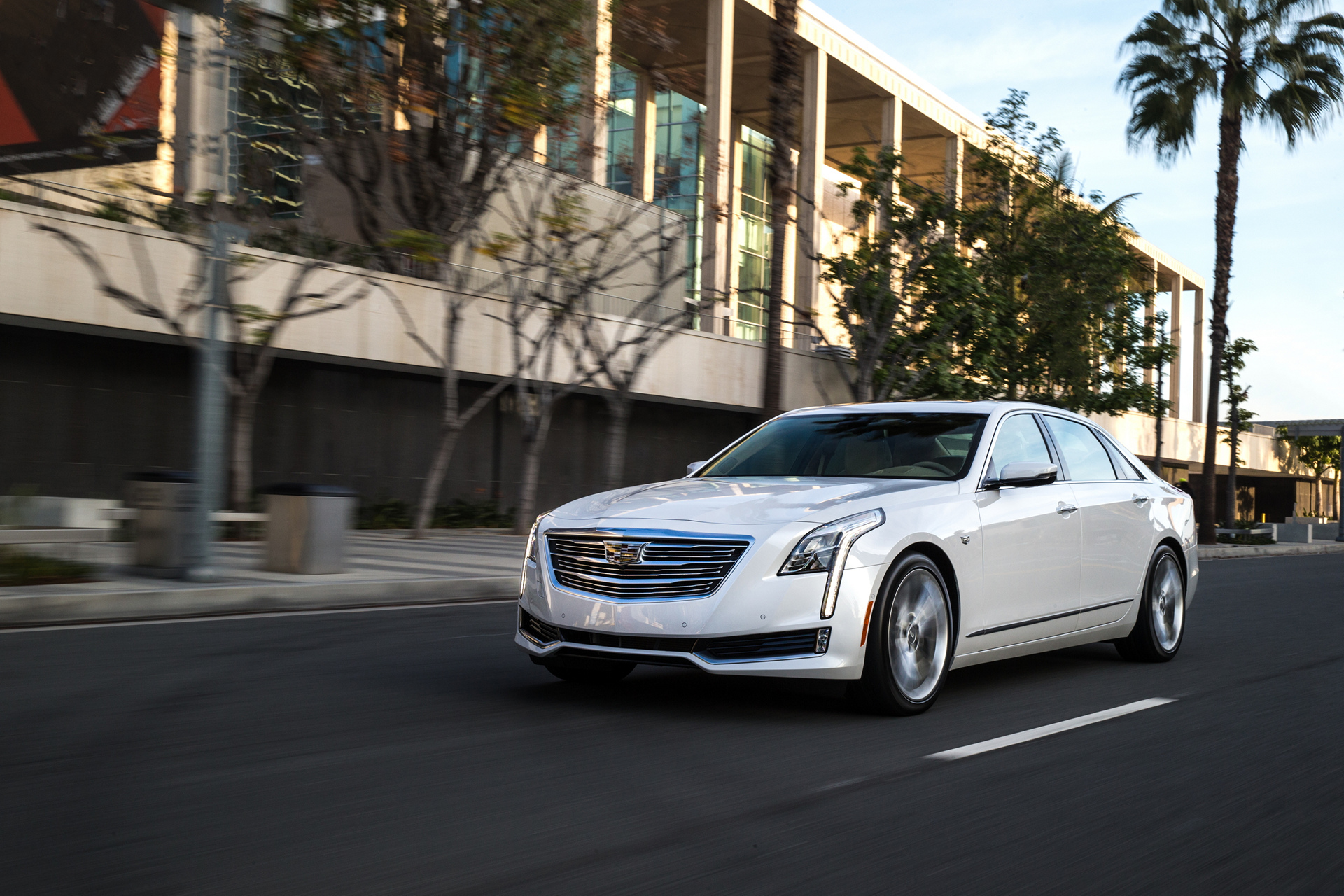 It is one of the world’s lightest and most agile full-size luxury performance sedans, with dimensions and spaciousness on par with BMW’s short-wheelbase 7-Series, but the approximate weight, agility and efficiency of the smaller Cadillac CTS – which is lighter than a BMW 5-Series. The CT6 is lighter than the BMW 5-Series, 6-Series and Mercedes-Benz E-Class. It is a remarkable 1,000 pounds lighter than the Mercedes S-Class.

“We reinvented the approach to structural underpinnings in the quest to develop a unique formula for the prestige luxury performance sedan,” said de Nysschen. “Melding that new approach with the dynamics conveyed in our other award-winning rear-driven sedans – including V-Series – results in something that has been lost in the segment: the exhilaration of a true driver’s car.” 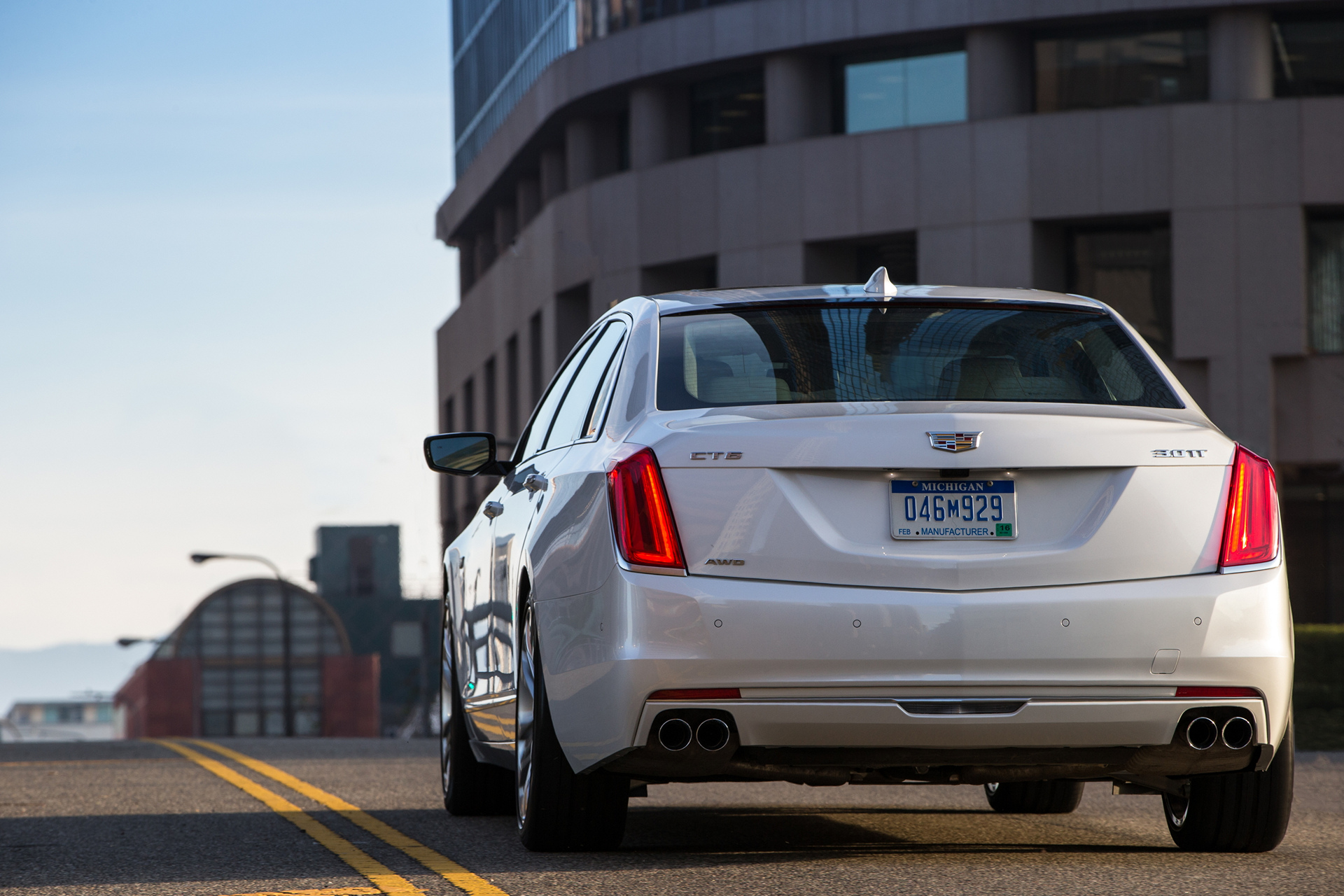 Cadillac focused on three pillars that would coalesce to deliver the CT6’s dynamic experience – agility, connectivity and indulgence – and do so with higher levels of presence, elegance and technological innovation to help elevate Cadillac around the world. 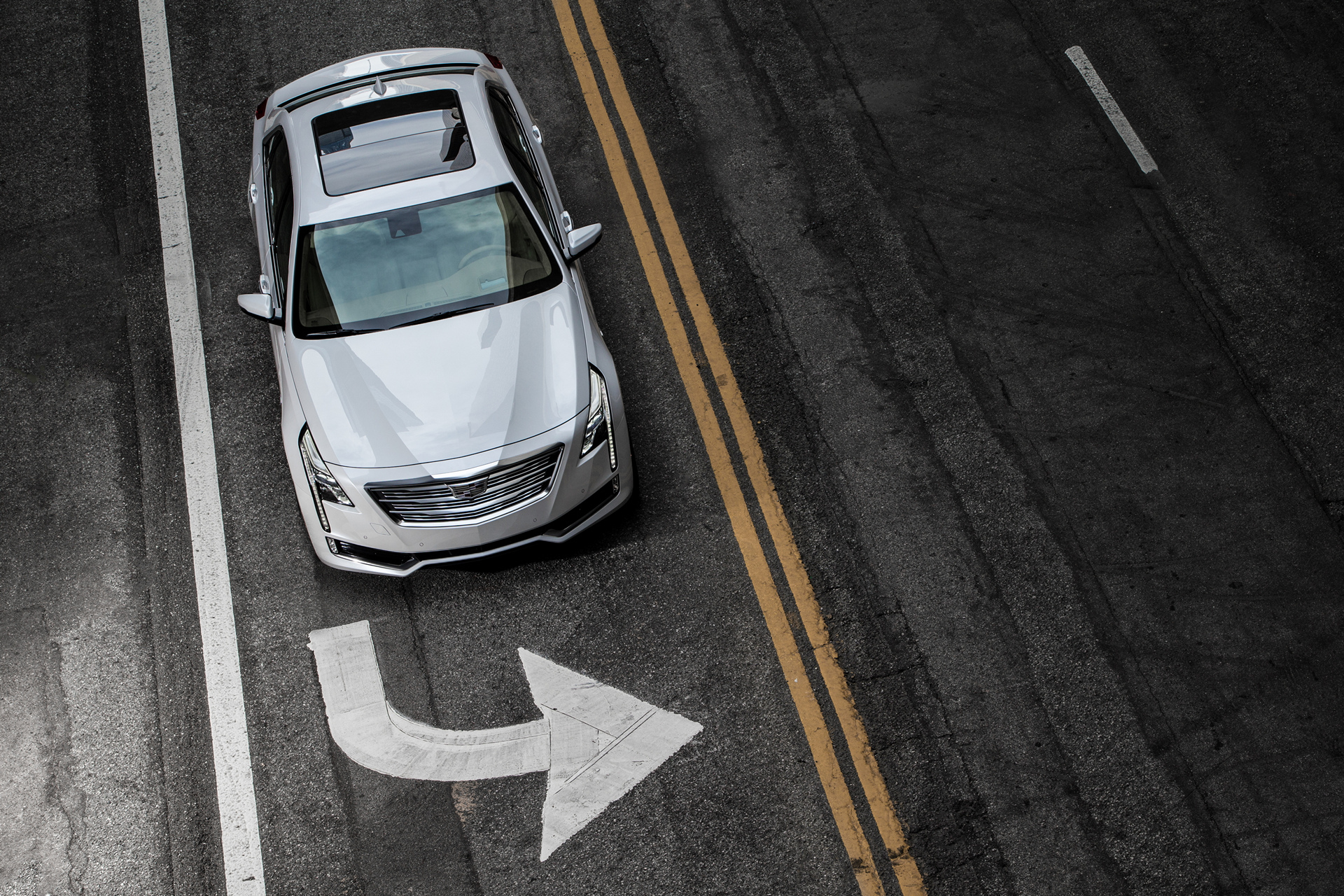 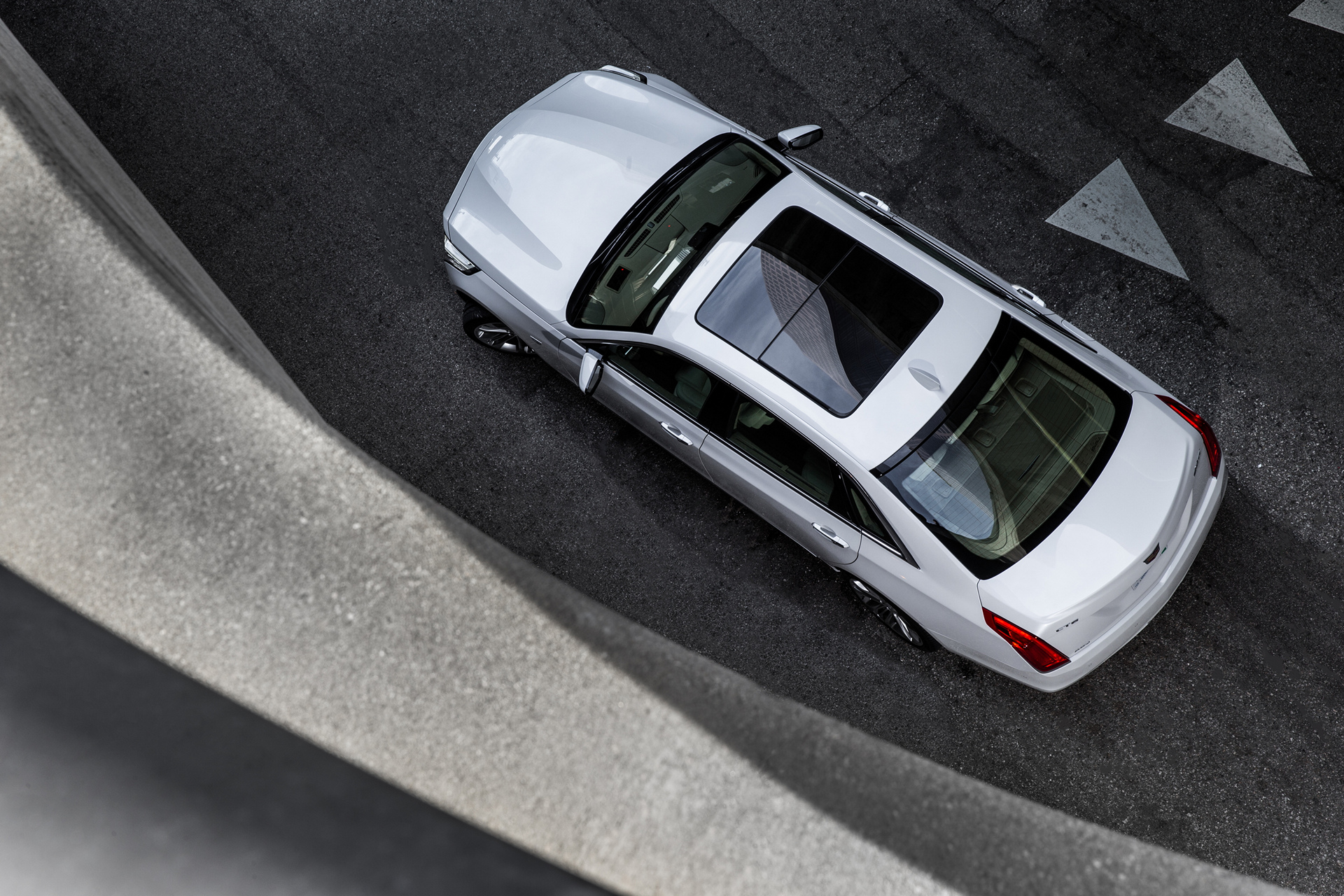 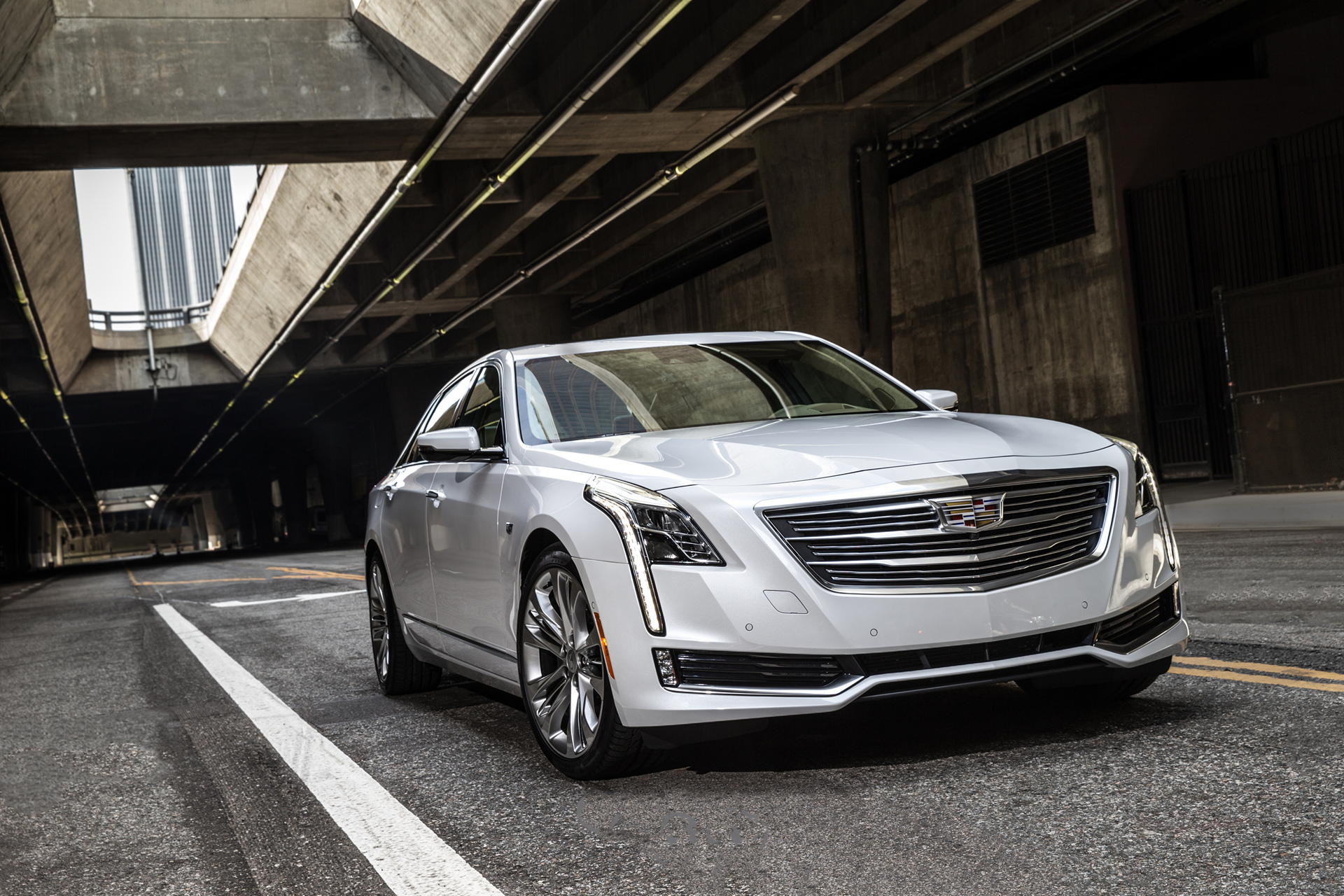 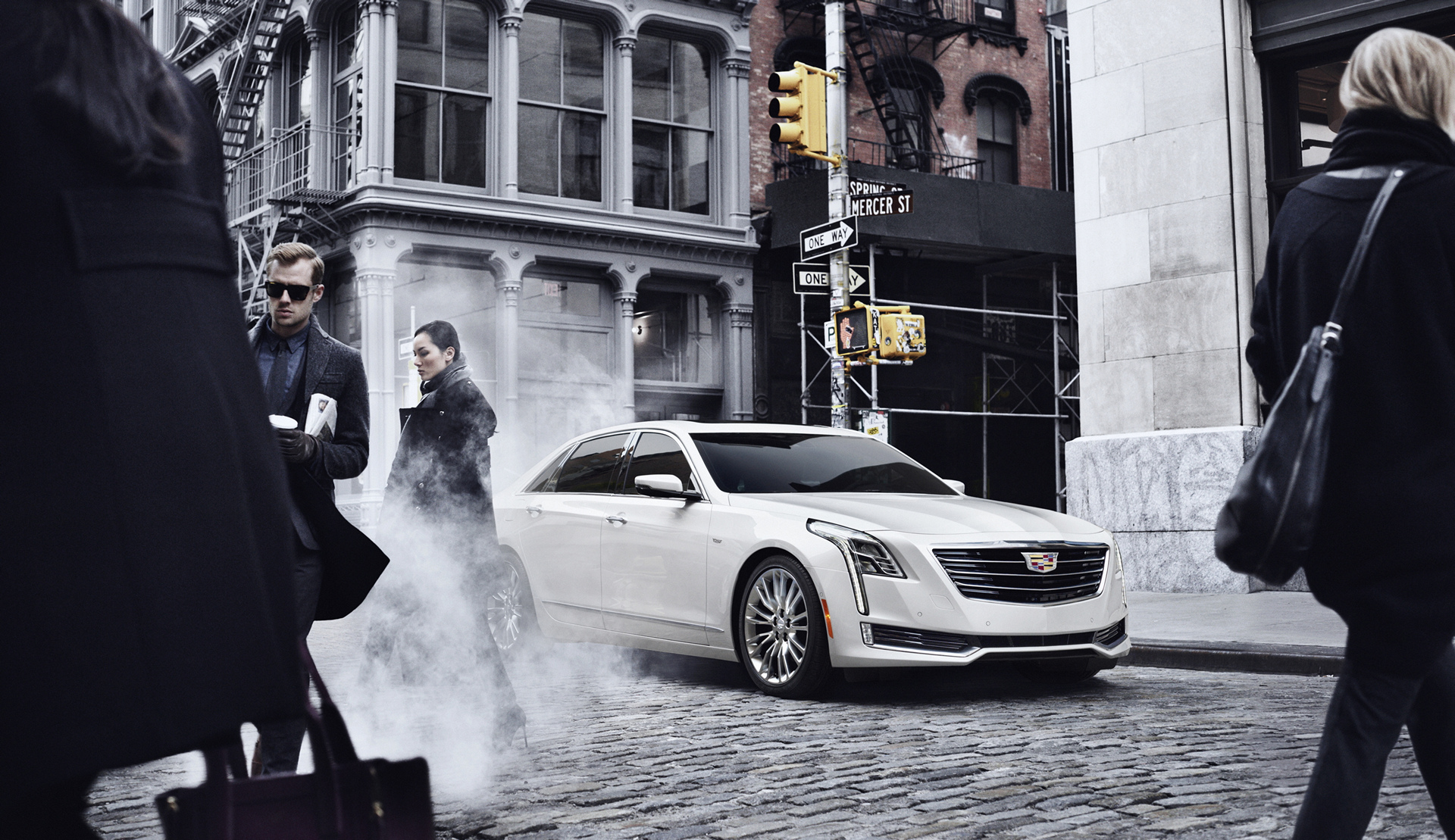 The body-in-white of the Cadillac CT6 is structurally lighter and stiffer than any other dynamically similar vehicle such as the BMW 5-Series or Audi A6. That state-of-the-art architecture is the foundation for its benchmark-establishing agility and vault-like solidity and quietness.

“Every panel of the body-in-white is optimized with innovative joining techniques,” said Travis Hester, executive chief engineer, Cadillac CT6. “It’s an uncompromising approach that provides the best balance of strength, lightness and refinement.”

Advanced Plug-In Hybrid technology enables the luxury sedan to emit zero tailpipe emissions and travel at least 35 miles on a full electric charge, after which an on-board engine generates electric power to ensure peace of mind about the location of charging stations.

The CT6 Plug-In Hybrid is estimated to have fuel economy exceeding 65 MPGe. Miles per gallon equivalence – MPGe – compares energy consumption of plug-in electric vehicles and other advanced technology vehicles with the fuel economy of conventional internal combustion vehicles in miles per U.S. gallon.

The CT6 PHEV will be introduced in China in the Fall of 2016, with U.S. availability scheduled for early-2017 in very exclusive quantities. Cadillac is experiencing impressive growth in China, widely expected to become the world’s largest luxury auto market overall.

“The first-ever CT6 is a technological showcase, making it an ideal platform for Cadillac to offer its first plug-in hybrid,” said Cadillac President Johan de Nysschen. “In the CT6, Cadillac presents a new formula for prestige luxury. The advanced Plug-In Hybrid system is a key addition, providing exceptional efficiency as well as the strong acceleration and responsiveness of a true driver’s car.”

The CT6 Plug-In Hybrid system is designed to provide responsive, all-electric driving for most daily commutes, while maximizing fuel efficiency by providing blended power from the engine and battery at higher speeds and higher loads.

The CT6 Plug-In Hybrid combines an all-new rear wheel drive electric variable transmission to provide the smooth, spirited acceleration expected from a driver’s car. The two-motor EVT system combines with the 2.0-liter turbocharged four- cylinder gas engine to produce an estimated total system power of 335 hp (250 kW) and 432 lb-ft (586 Nm) of torque. This helps propel the vehicle from a zero to 60 mph in an estimated 5.3 seconds.

Each electric motor produces 100 hp (74.5 kW) of power. On electric power only, the car is capable of approximately 30 miles of driving range and 75 mph, with the additional power of the engine adding hundreds of miles of total range and a top speed of 150 mph on a track. 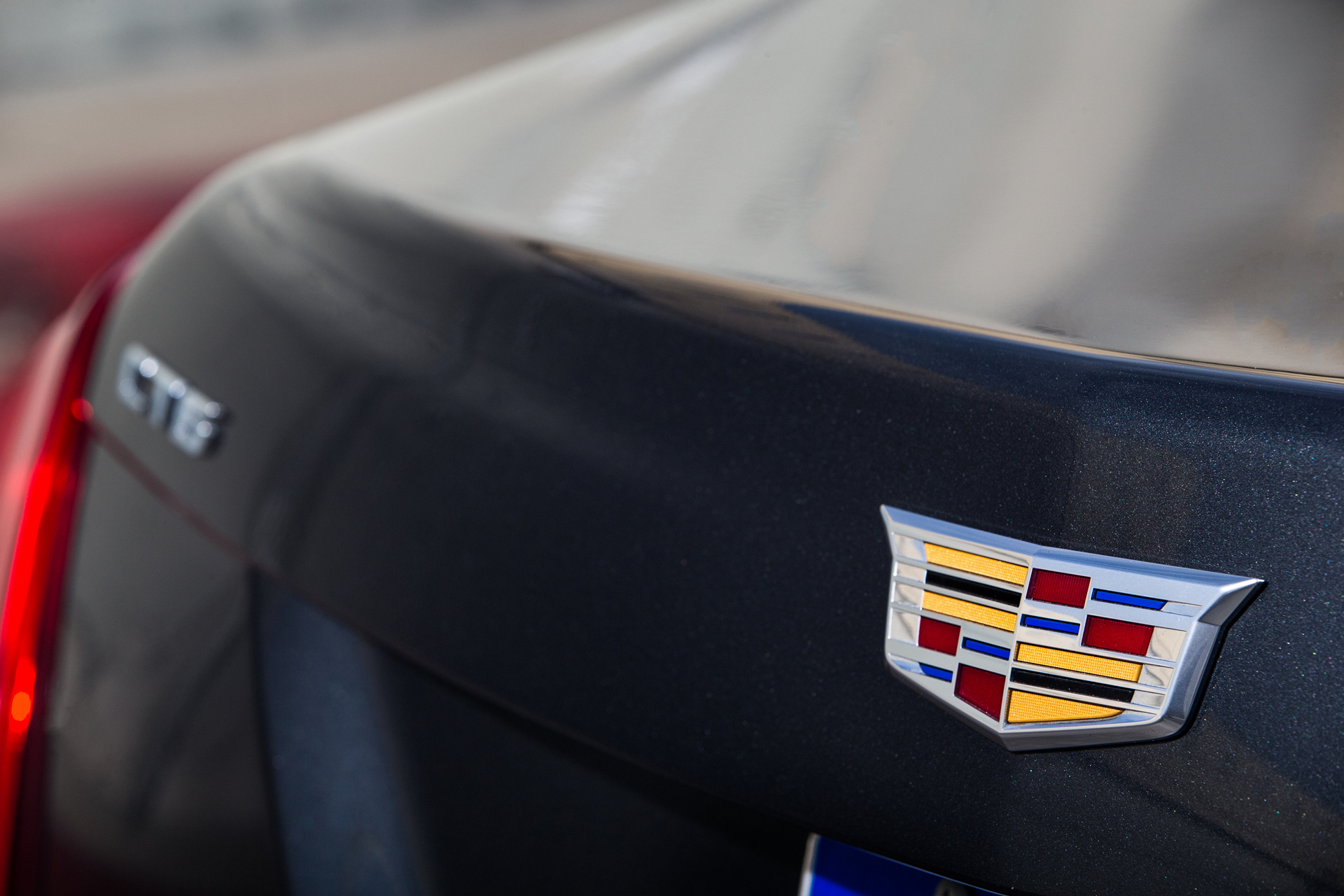 The CT6 Plug-In Hybrid leverages General Motors’ expertise in battery cell technology with more than 23 million cells on the road today. An 18.4 kWh lithium-ion battery pack is located directly above the rear axle. The battery pack is structurally integrated into the vehicle to maximize body stiffness & driving dynamics. The battery system is comprised of 192 prismatic pouch cells.

The CT6 Plug-In Hybrid battery system will use the company’s proven active thermal control system that maintains electric range over the battery system’s life. The battery system can be charged using a 120V or an available 240V charger, allowing a full charge in approximately five hours, depending on outside temperatures.

CT6 PHEV drivers will be able to select from three operating modes:

The CT6’s rigid, lightweight architecture is the foundation for its segment-challenging agility, enhanced by active-on-demand all-wheel drive, active rear steering and Magnetic Ride Control on the available Active Chassis System.

“To put it succinctly, every wheel drives and every wheel steers,” said Hester. “And with Magnetic Ride Control, every wheel’s dampening is adjusted by the millisecond, for responsiveness and driver control unparalleled in the segment.”

The chassis system also balances responsiveness with segment-best isolation for exceptional refinement. In the front, the CT6 features a lightweight, aluminum-intensive high-arm multilink short-long arm front suspension. At the rear is a five-link independent suspension that uses multiple outer ball joints and cross braces for optimal handling and steering precision.

Active rear steering with the Active Chassis System contributes to greater low-speed agility and high-speed stability. In parking lots, the turning circle is only 37 feet (11.4 m), comparable with the CTS, which has a 114.6-inch wheelbase vs. the CT6’s 122.4-inch wheelbase.

Active-on-demand all-wheel drive is also part of the Active Chassis System, making the most of handling and stability in all weather conditions. Its lightweight, compact design and two-gear transfer case enable greater fuel economy than conventional fixed-torque all-wheel drive systems. All-wheel drive is standard on all CT6 six-cylinder models.

Selectable Tour, Snow/Ice and Sport modes allow the driver to tailor the CT6’s advanced chassis system for practically any weather or road condition. 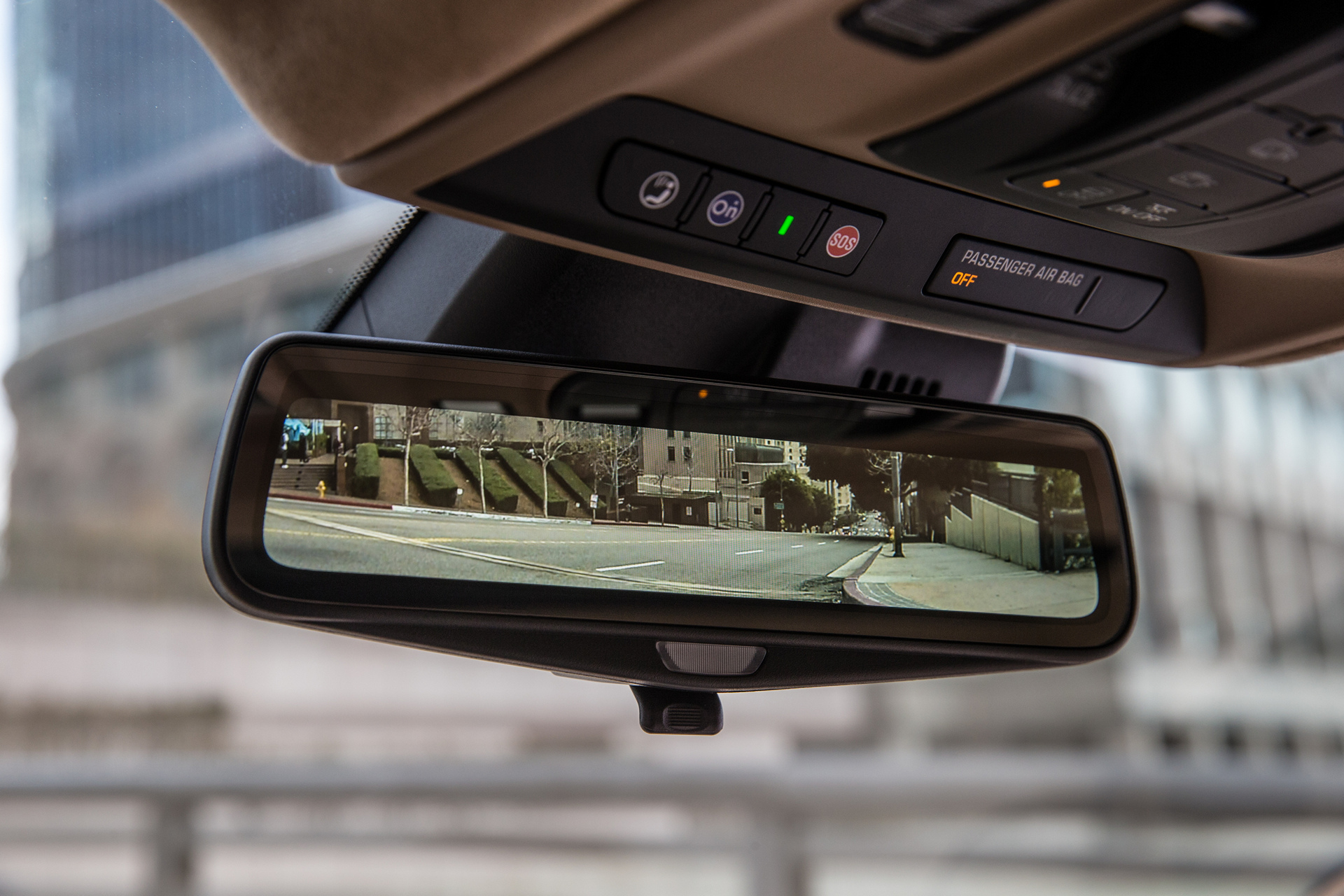 A bold proportion dominated by a long hood and sleek upper body distinguishes the CT6, evolves the brand portfolio and reinforces the agility enabled by the lightweight architecture. 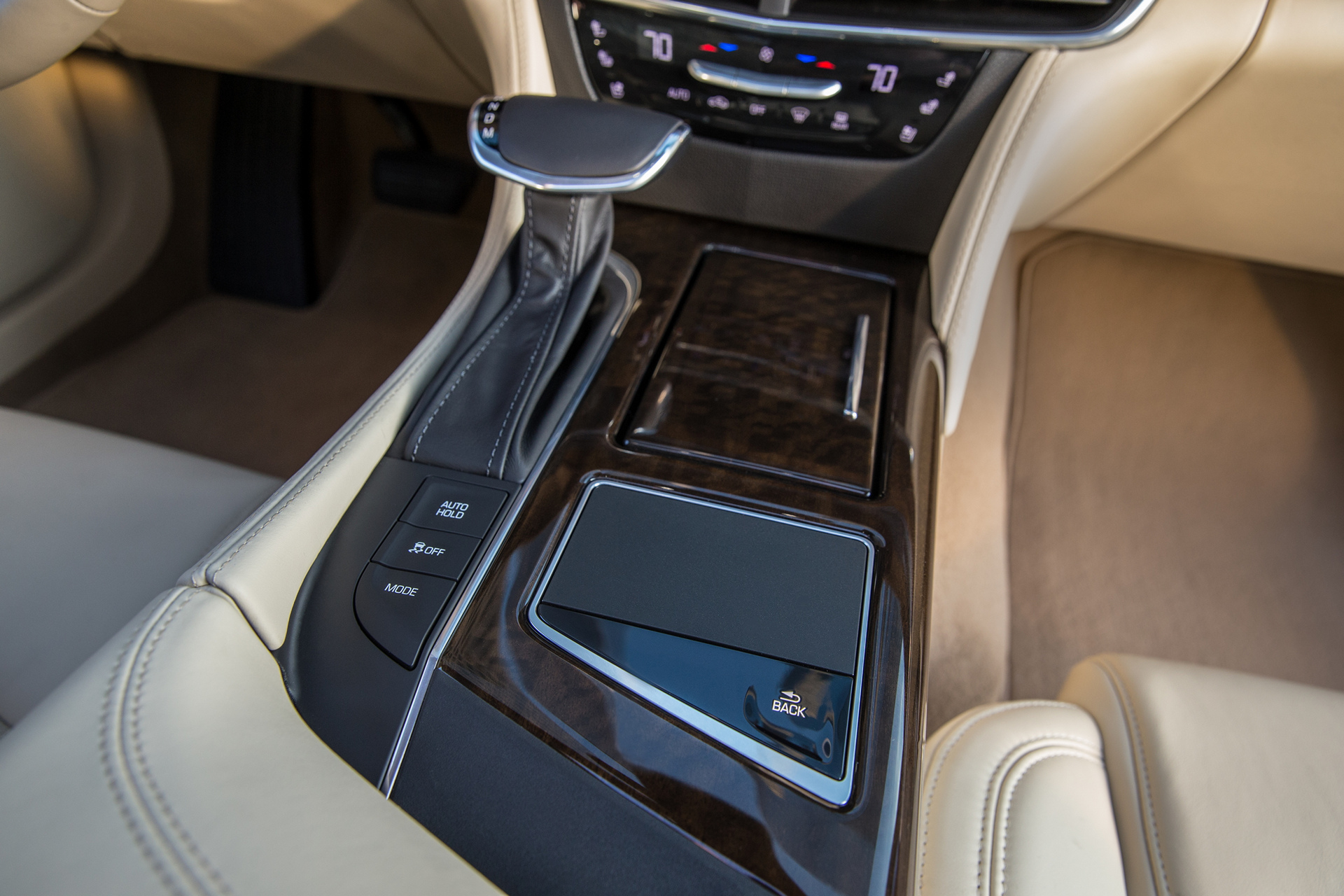 “This is a car designed for passionate drivers,” said Andrew Smith, executive director, Cadillac Global Design. “CT6 is low, wide and sleek, which is just what you’d expect in a lightweight performance sedan. There is a great dash-to-axle proportion that reinforces the dynamics of the rear-wheel-drive architecture.” 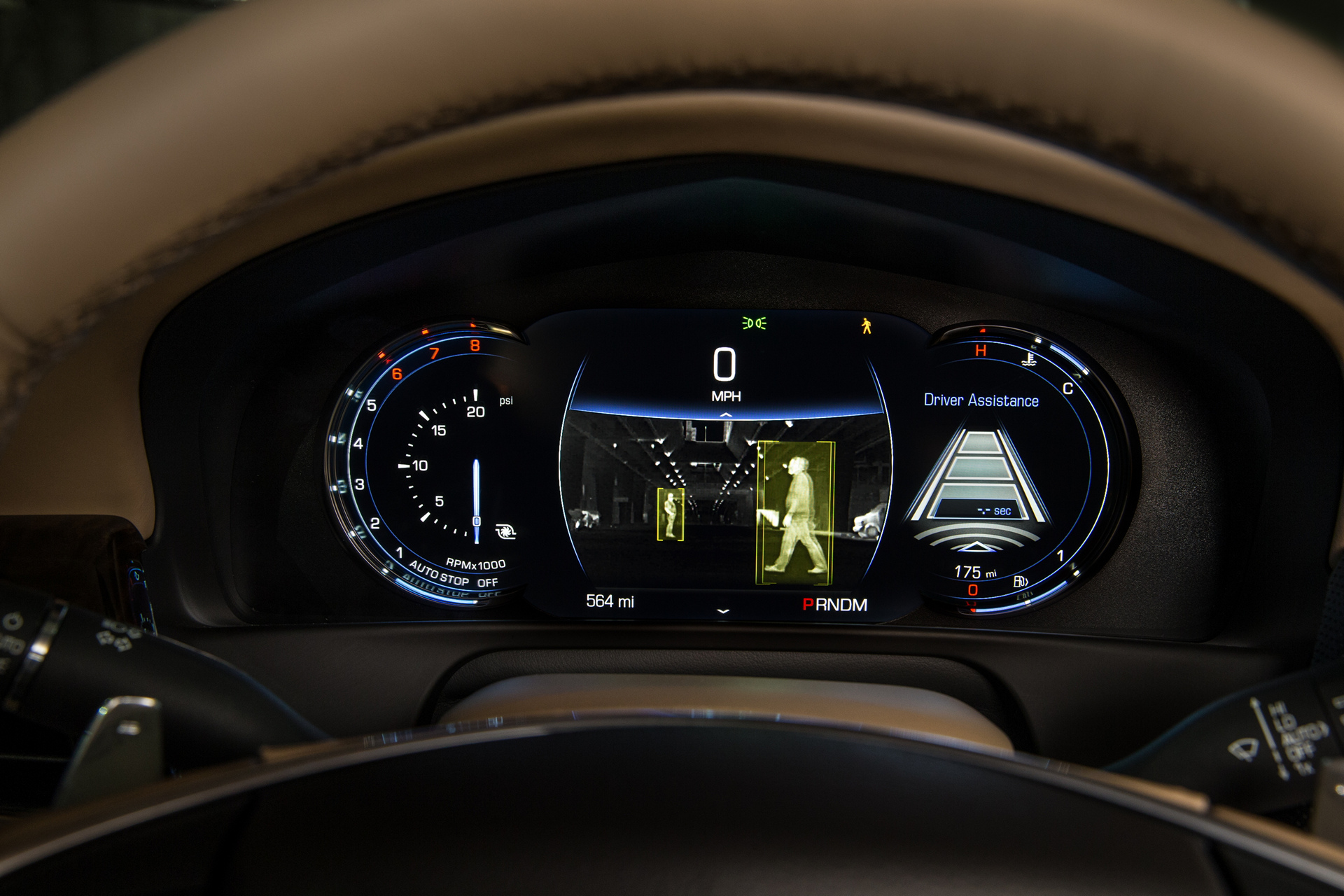 The “face” of Cadillac evolves with the CT6 through new executions of the grille and signature lighting elements. The vertical light signature, for example, features new LED light blades that frame the front of the vehicle, with forward illumination from technologically advanced Indirect Fire LED headlamps. 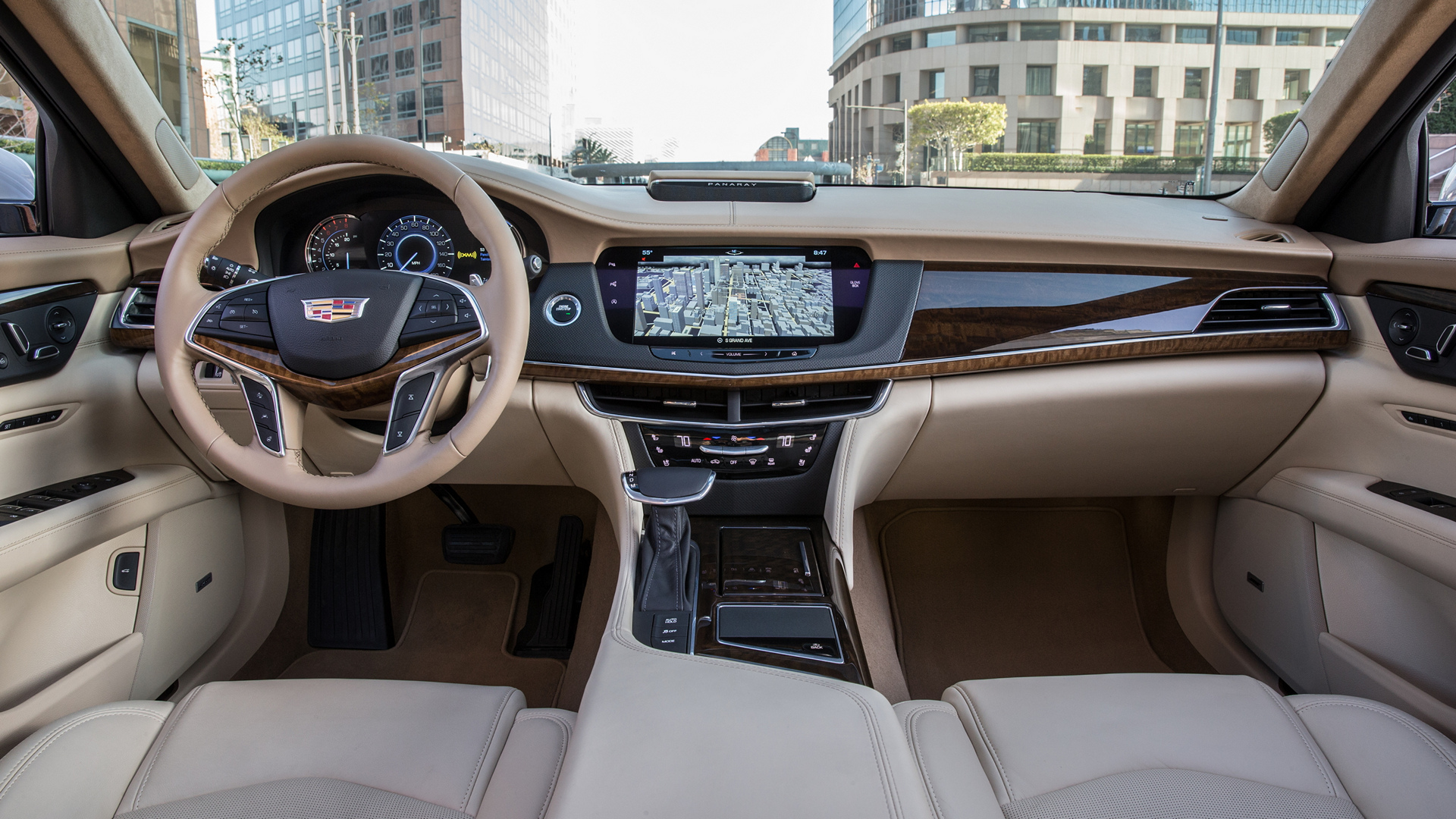 Proportion, craftsmanship and technology also define the CT6’s cabin. Cadillac designers aimed to deliver a bold, elegant and spacious interior. That elegance is expressed in curated environments and in surface sculpture featuring authentic materials, exquisite details and elevated executions of the brand’s signature cut-and-sew interiors. The CT6 uses state-of-the-art technology to reward its occupants with high levels of comfort, connectivity and safety. 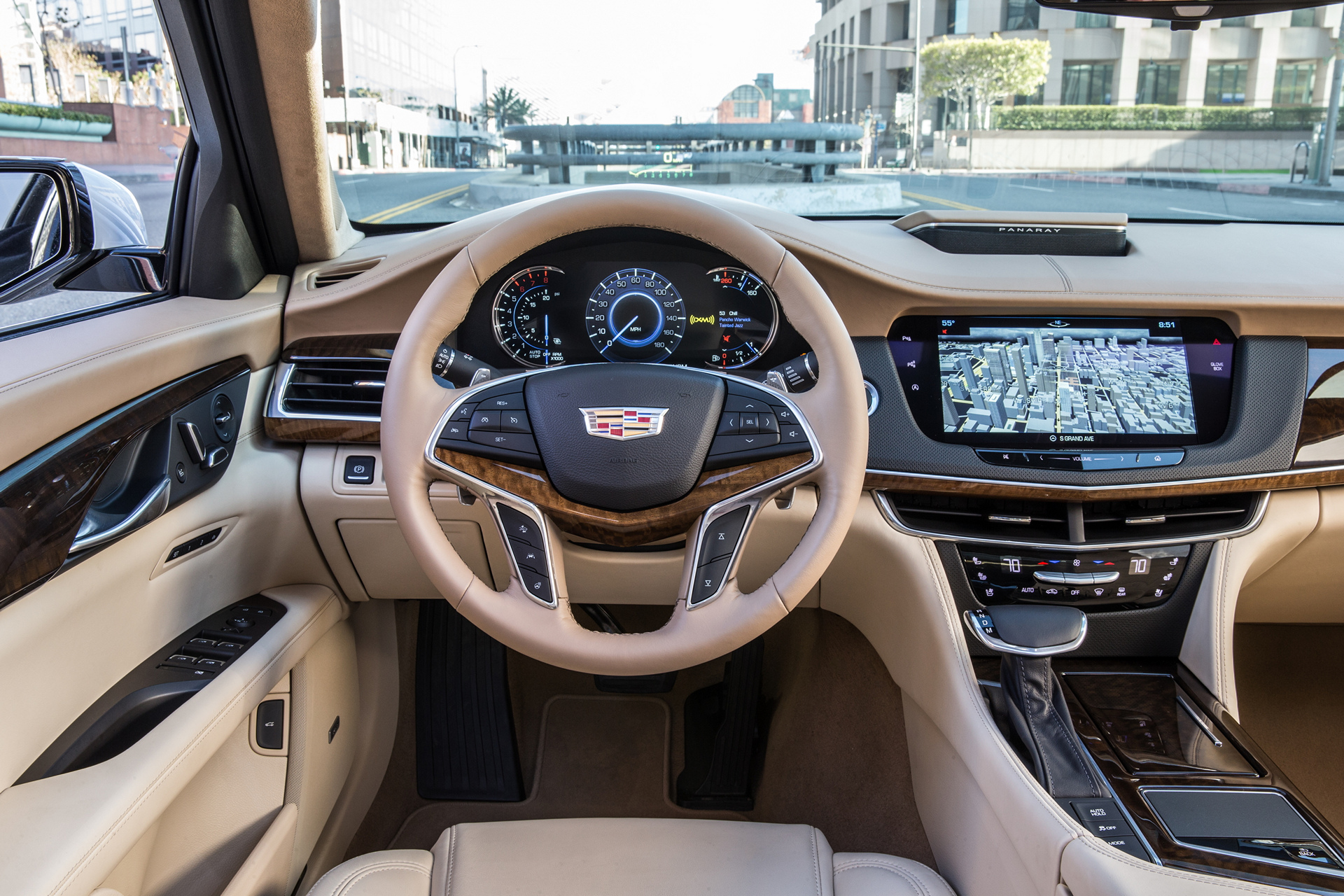 “Never before has such craftsmanship and technology been so seamlessly interwoven,” said Smith. “The CT6 represents our next step in the continuing evolution of the Cadillac brand portfolio.”