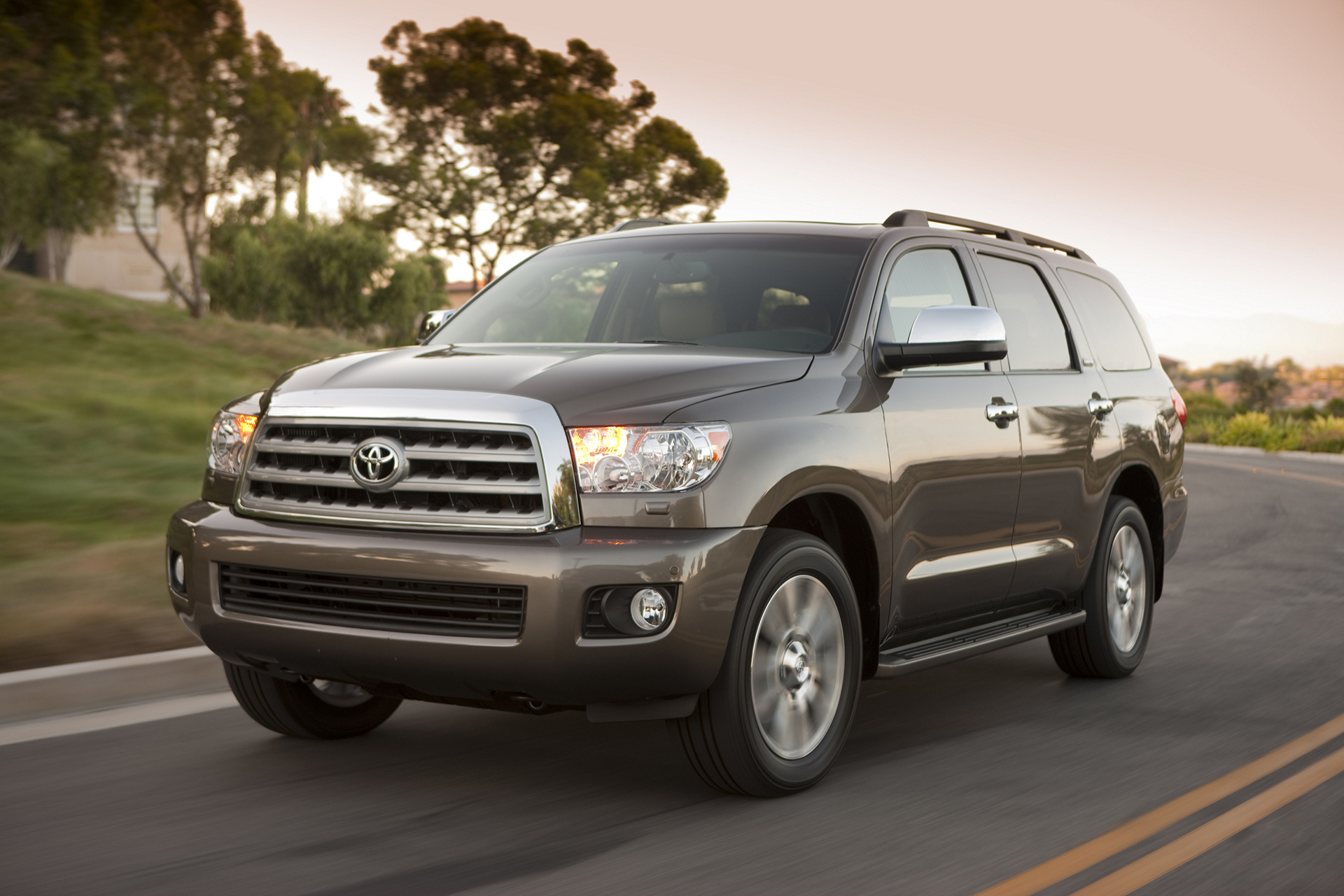 Named for the largest redwood trees in the world, the 2017 Toyota Sequoia maintains its position as a full-size SUV that’s big on roominess, power, and capability. It’s also huge on Toyota’s trademark quality and value. 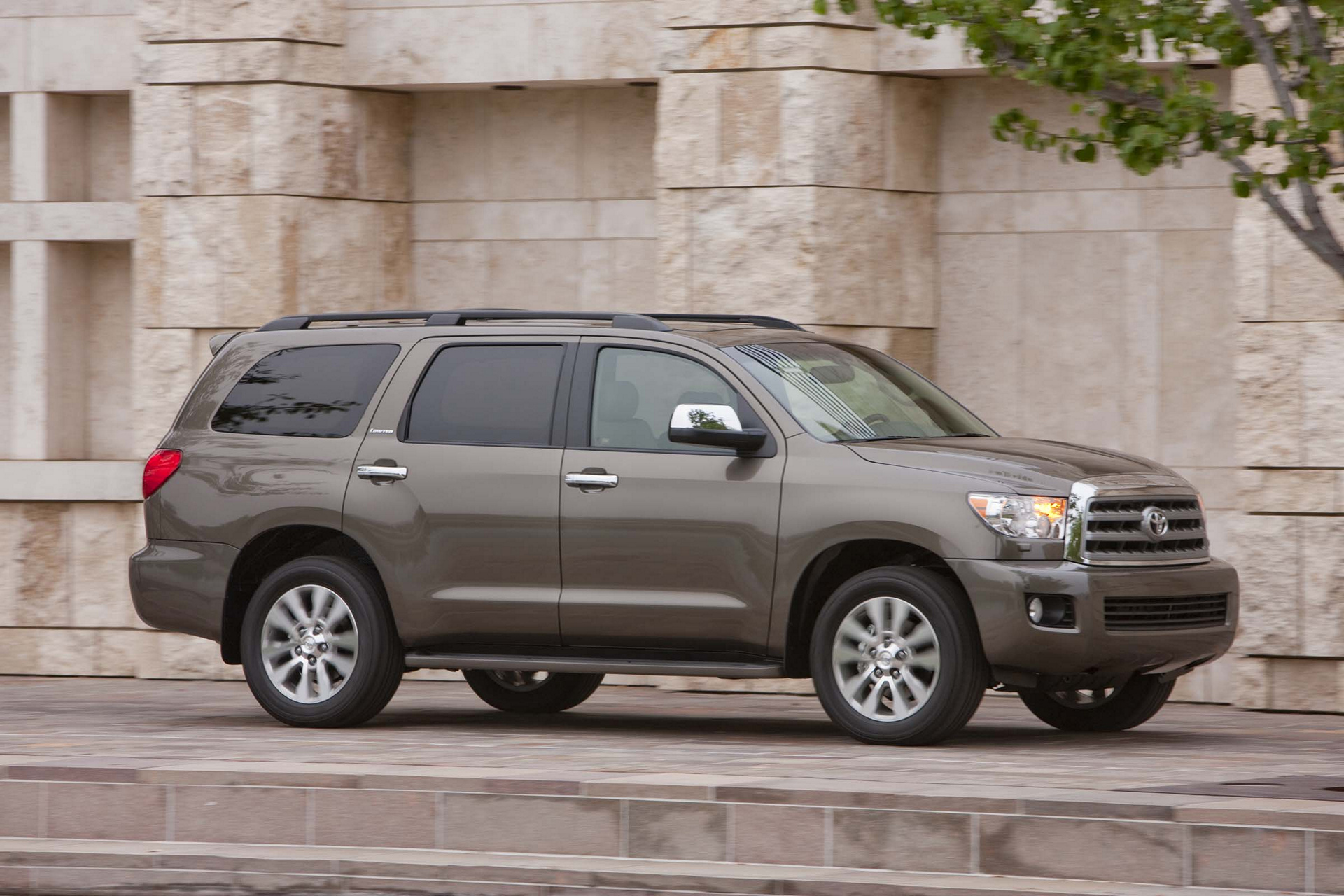 The 2017 Sequoia is perfect for customers who want it all: roominess, off-road skillfulness, towing capability, and style. No matter its trim – SR5, Limited, Platinum – or drivetrain configuration – two-wheel or four-wheel drive – it is a rolling habitat of comfort and connectivity. 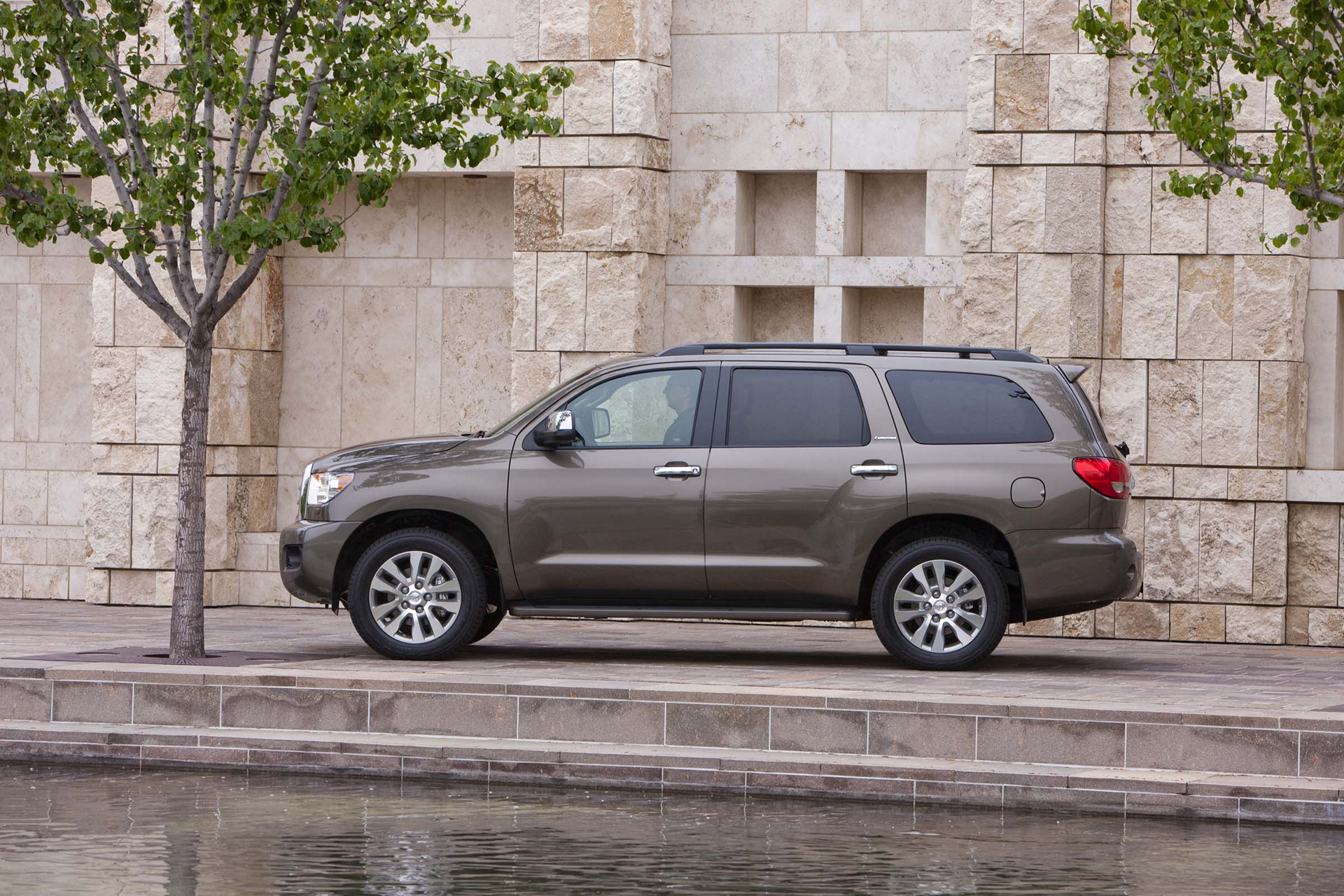 The Sequoia is, in fact, Toyota’s king of comfort, with plenty of room in all three seating rows. The independent suspension makes for the Sequoia’s smooth ride, and in the rear, plays a large part in allowing for the third row’s roominess, which offers adult-size legroom (35.1 in.). Second-row legroom is not in the least bit cramped at a full-size sedan-like 40.9 inches. Even with its sizeable capaciousness and mass, the Sequoia immediately gives the impression of driving “smaller than it is” thanks to its supple ride and 38.1-ft. turning diameter. 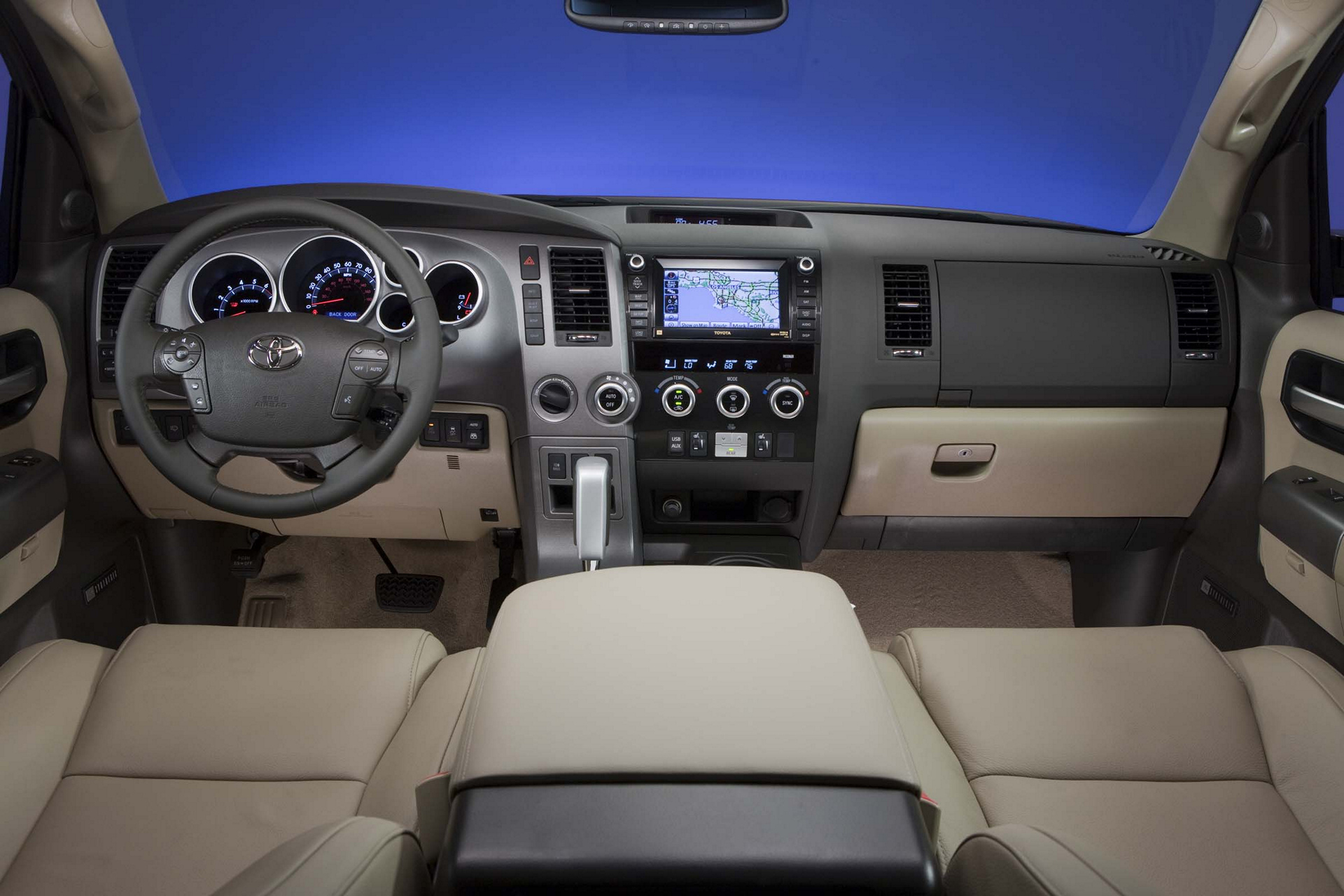 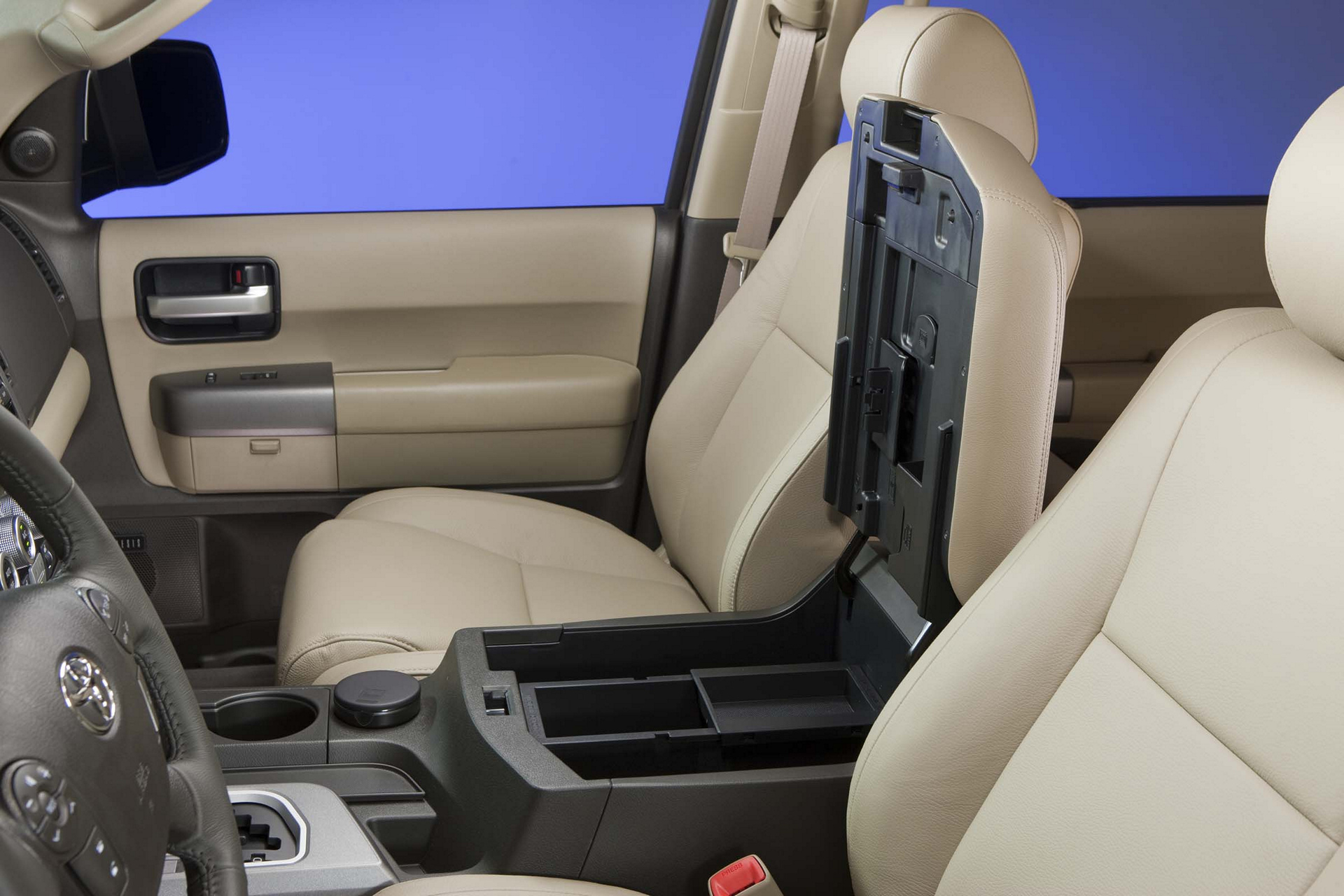 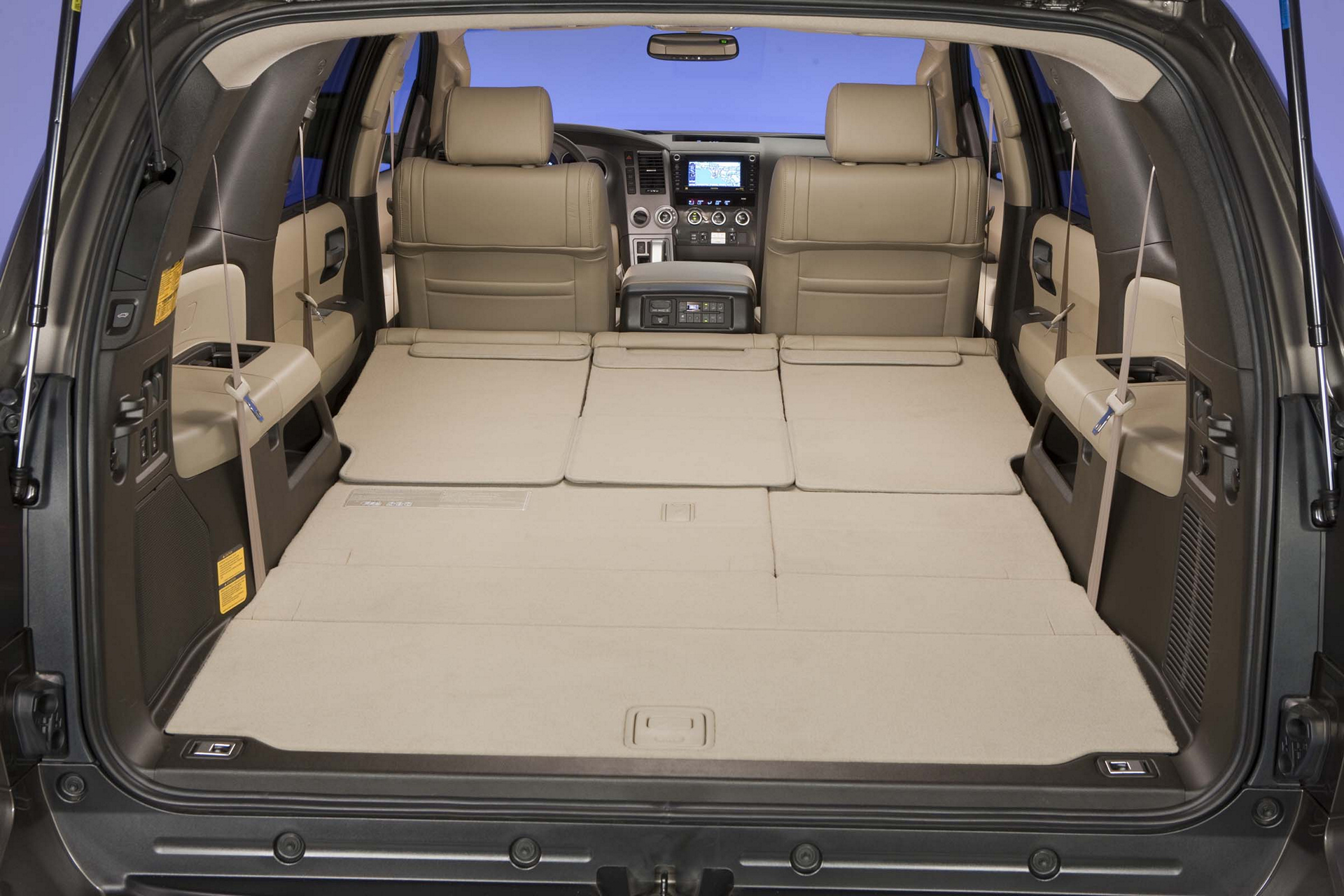 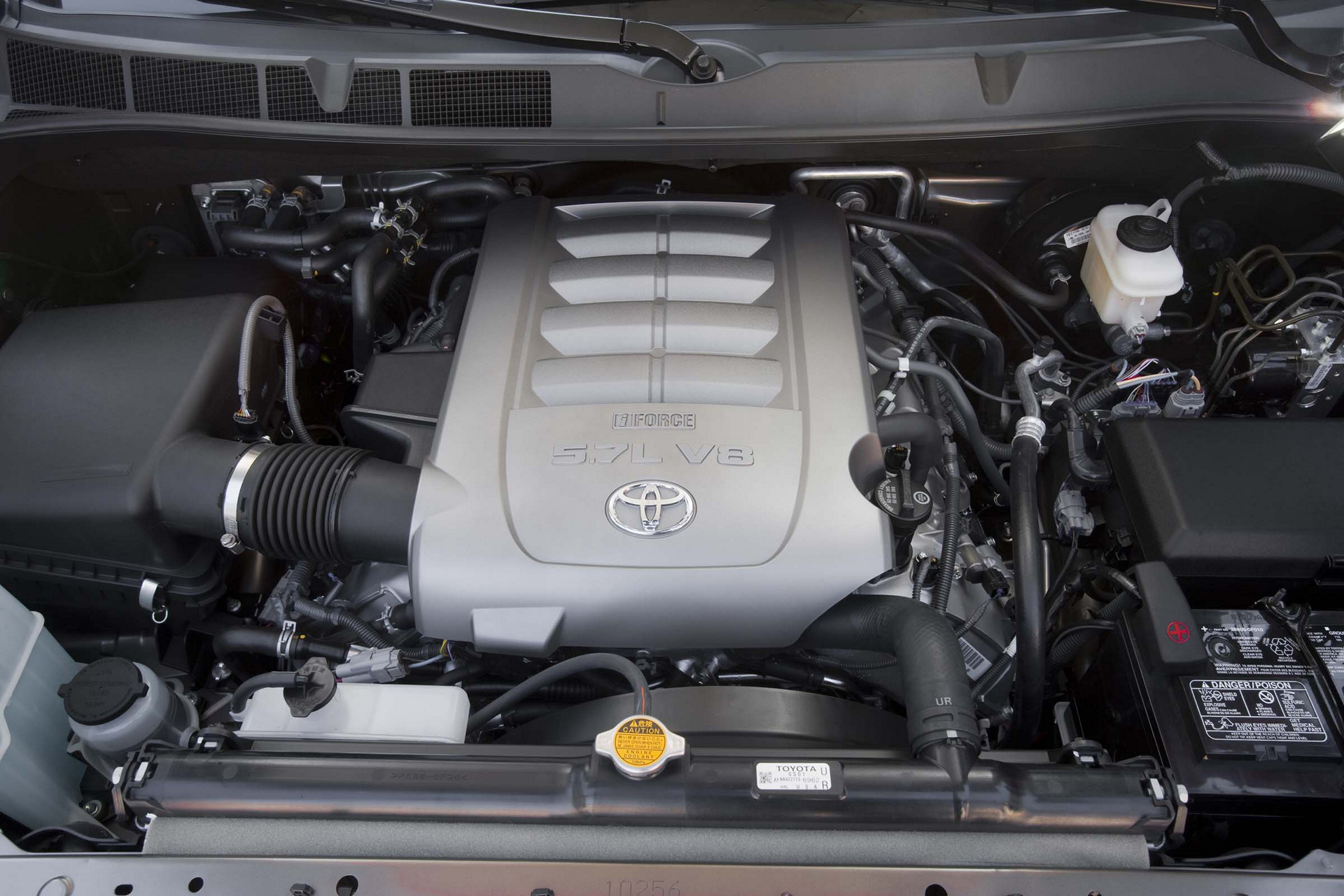 Power remains a Sequoia strength thanks to its dual-overhead cam 5.7-liter i-FORCE V8 making 381 horsepower (available at at 5,600 rpm) and 401 lb.-ft. of torque (available at 3,600 rpm). Dual independent Variable Valve Timing with intelligence (VVT-i) and an Acoustic Control Induction System (ACIS) ensure ample torque can be accessible across the engine’s entire speed range. This powerhouse requires only regular-grade gasoline, and is teamed to a six-speed electronically controlled automatic transmission. 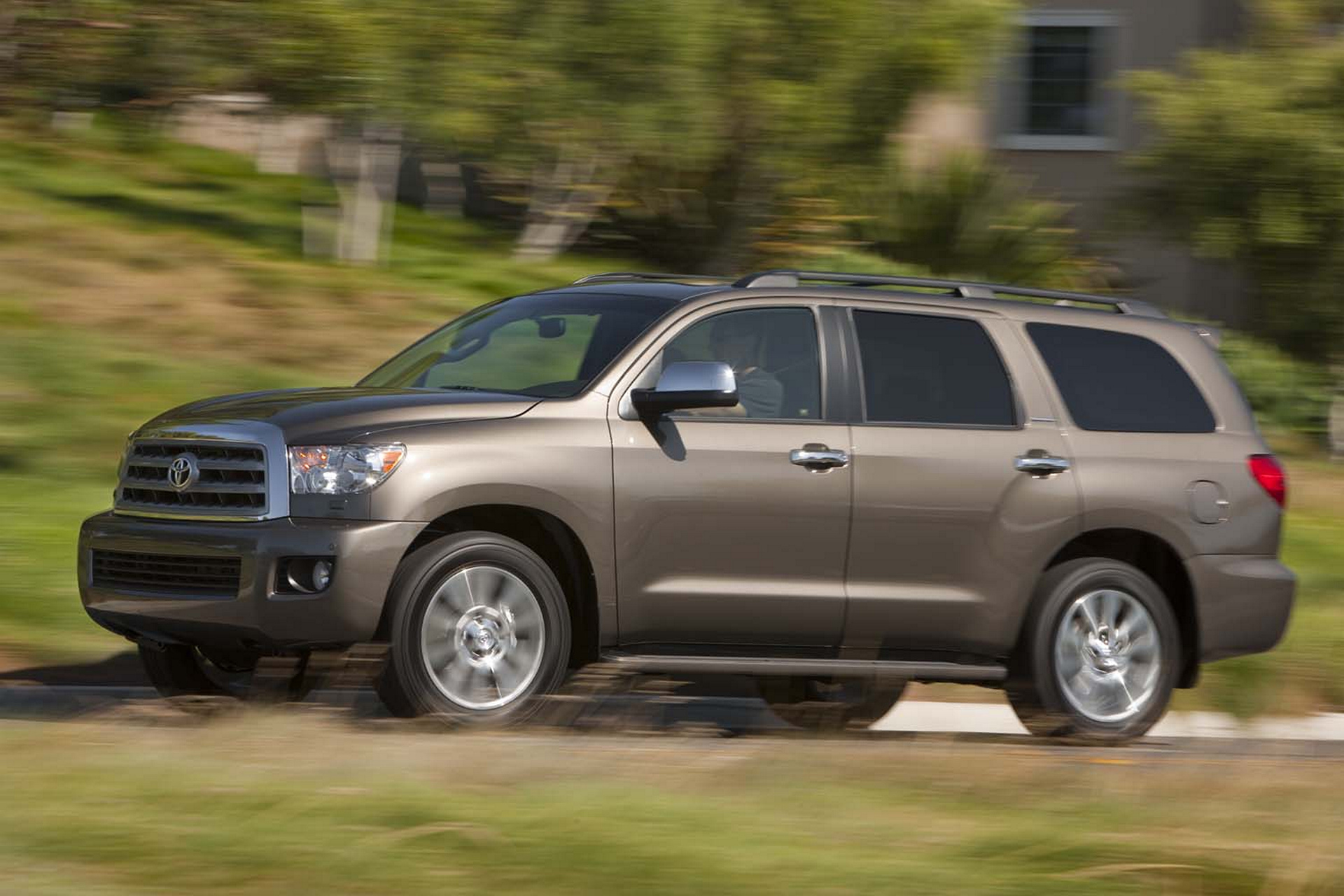 Customers who tow often will enjoy the V8’s ability to produce 90 percent of its 360 lb.-ft. of peak torque at a low 2,200 rpm. This sort of low-end grunt makes pulling trailers no-sweat work for the Sequoia. Compliant with the SAE J2807 towing standard, the Sequoia can tow up to 7,400 lbs., depending on model grade and equipment. Those who tow will also appreciate the Sequoia’s standard towing hitch that’s integrated into the frame as a single unit. 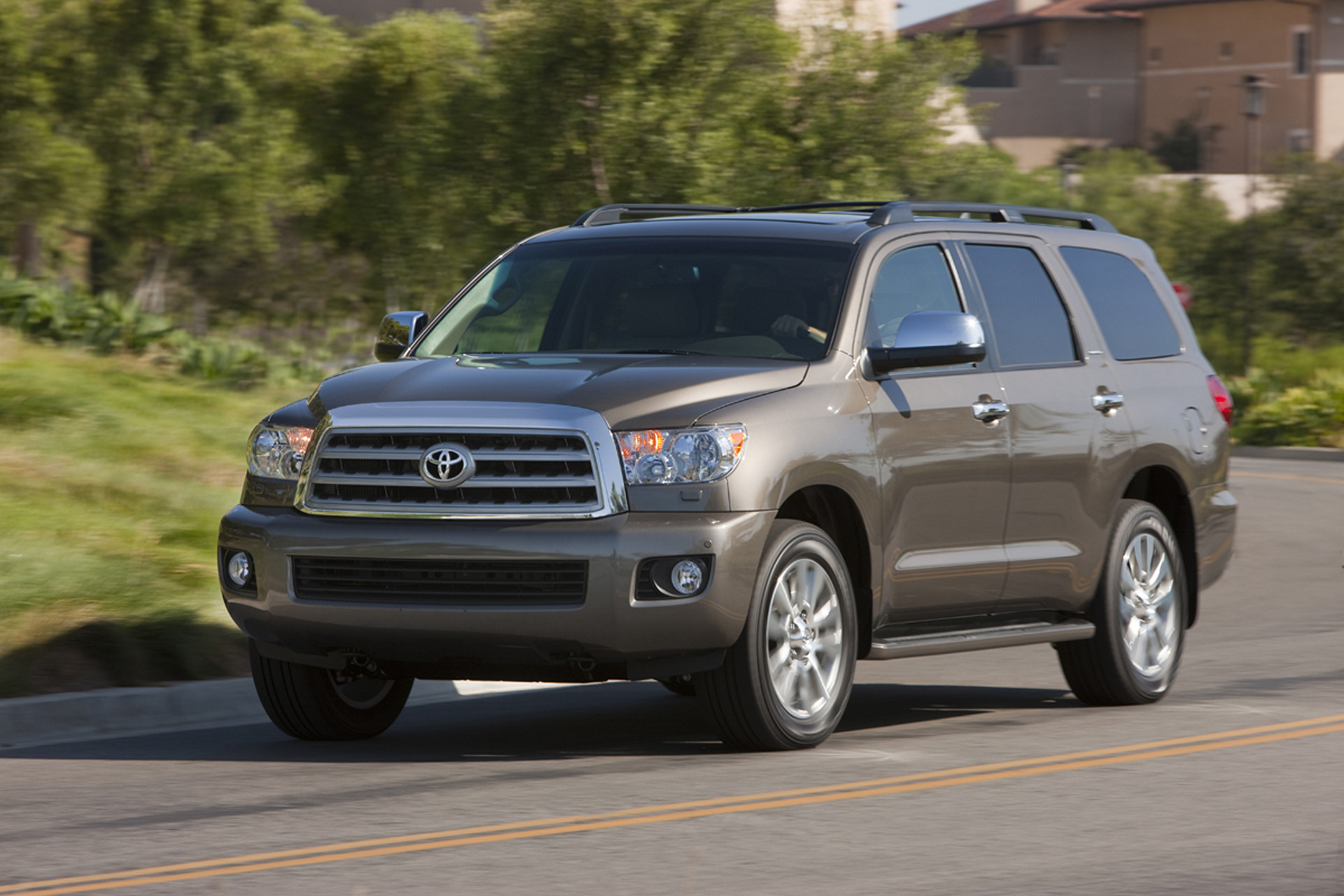 A standard rear view camera helps when parking or positioning a trailer. The 3.3-inch display is built into the standard electrochromic auto-dimming rear-view mirror, which also integrates a compass and map lamp. The camera display uses the larger navigation screen on vehicles so-equipped.

Built to Give…and Take It, Too 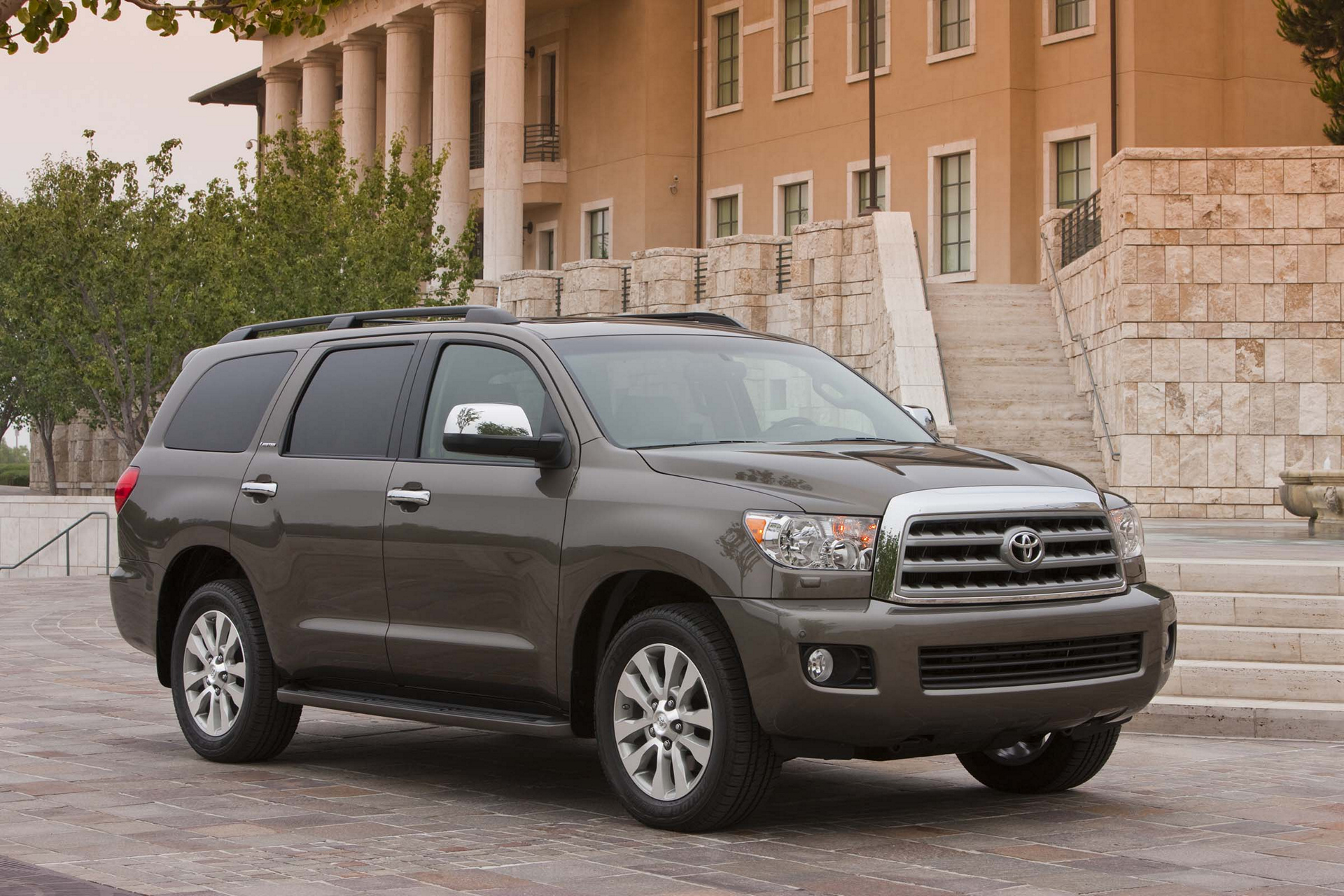 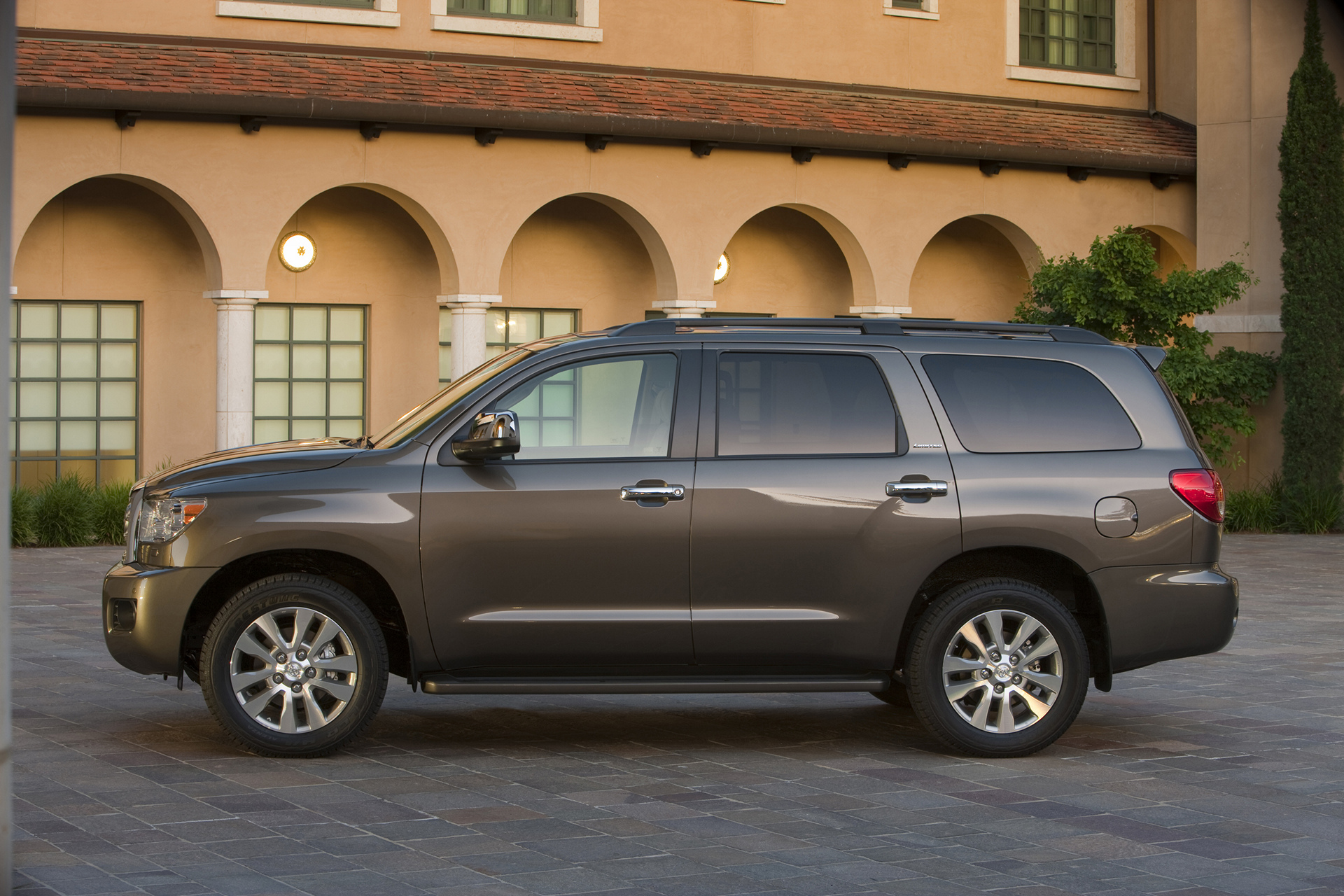 The available Multi-Mode 4WD system is one of the most versatile in any large SUV today. The system uses a lockable TORSEN® limited-slip center differential to apportion torque to the front and rear wheels, and a two-speed transfer case provides a low range for handling steep off-road inclines. Low range is accessible on the move via a rotary knob, while the center differential locks at the push of a button. 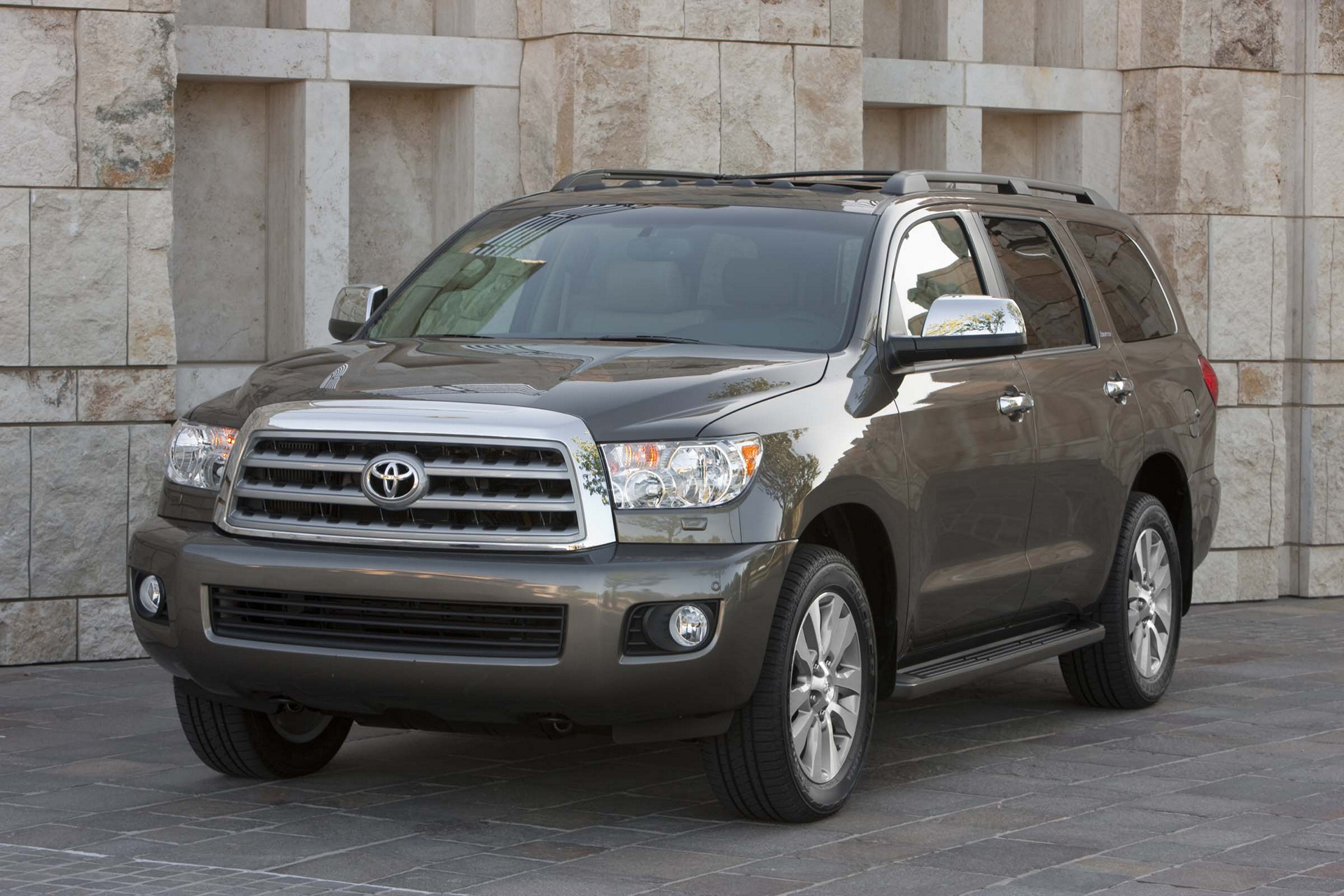 The Sequoia is a quiet, comfortable space for the family to spend time on the road. Its body contours reduce wind drag for an impressive 0.36 coefficient of drag (Cd), which is comparable to some smaller vehicles. The overall design and exterior features have been shaped to minimize wind noise, which helps keep the cabin serene.

Side-view mirrors on the Limited grade are power-retractable and auto-dimming and have built-in turn-signal lamps. The Platinum grade’s mirrors up the ante with puddle lamps, position memory and reverse-linked tilt functions. In sloppy weather, standard headlight washers help keep the lights shining brightly.

Wide-opening rear doors ease passenger ingress/egress and child seat installation. When folding the second- and third-row seats flat, the Sequoia can swallow up to 120.1 cubic feet of whatever needs transport – even objects up to 11-feet long. Extra-large cup/bottle holders outnumber passengers two to one, and the Platinum grade adds two more for good measure.

With a 40/20/40 split, the second-row bench-type seat allows a variety of combinations, augmented by a seat-slide adjustment range of 5.9 inches. The middle row folds flat and there’s a one-touch easy-slide feature to make it easy for passengers to enter the third row. Luxurious second-row captain seats are available for a seven-seat cabin.

The third-row seat, which is fully hospitable for adults, is split 60/40 and can recline. The third row also easily folds flat, a task made even more convenient by the available power tilting and folding feature. The rear liftgate features power sliding glass that can open separately, and the huge cargo area is equipped with handy hooks for grocery bags.

In Tune and Connected with Entune™ 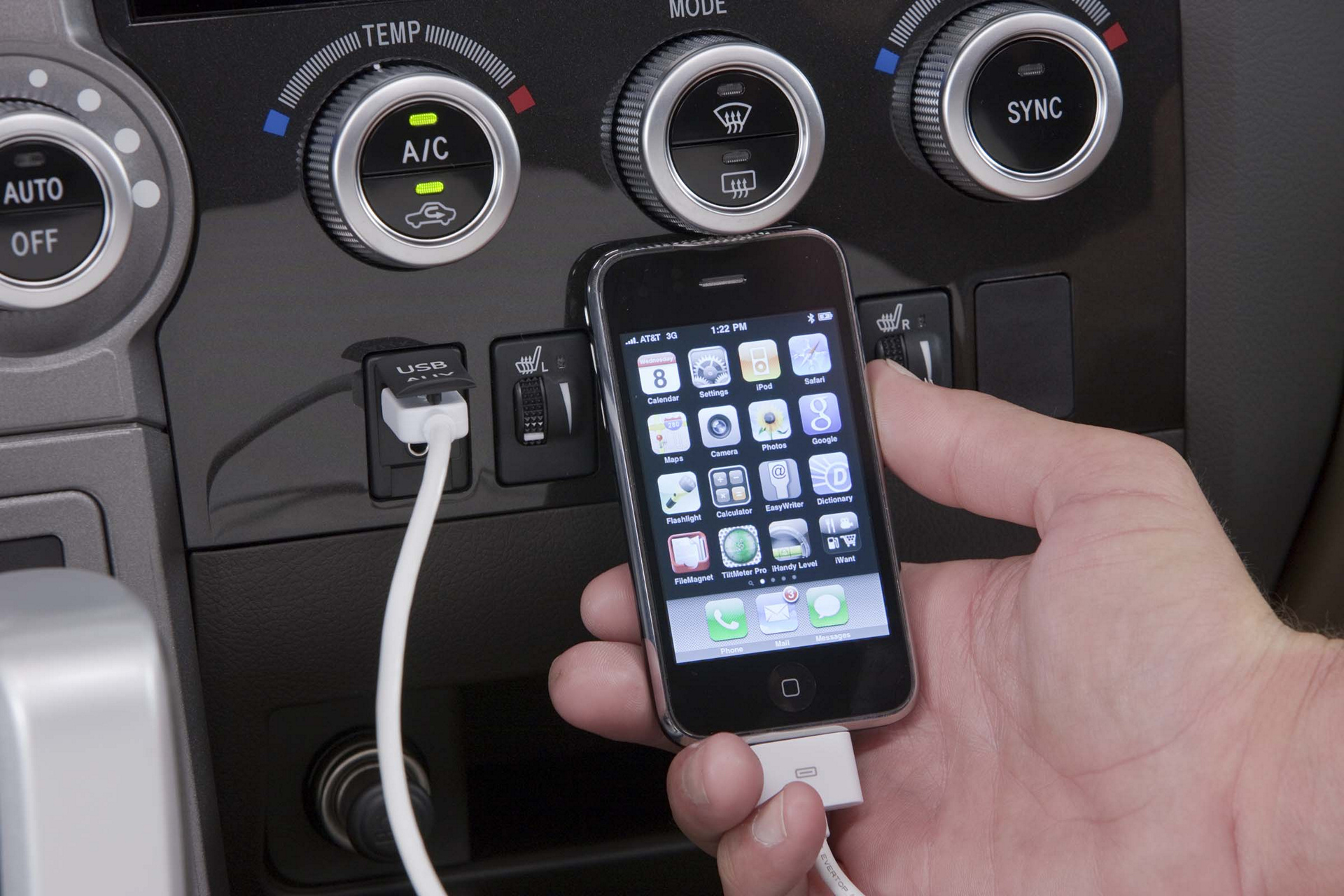 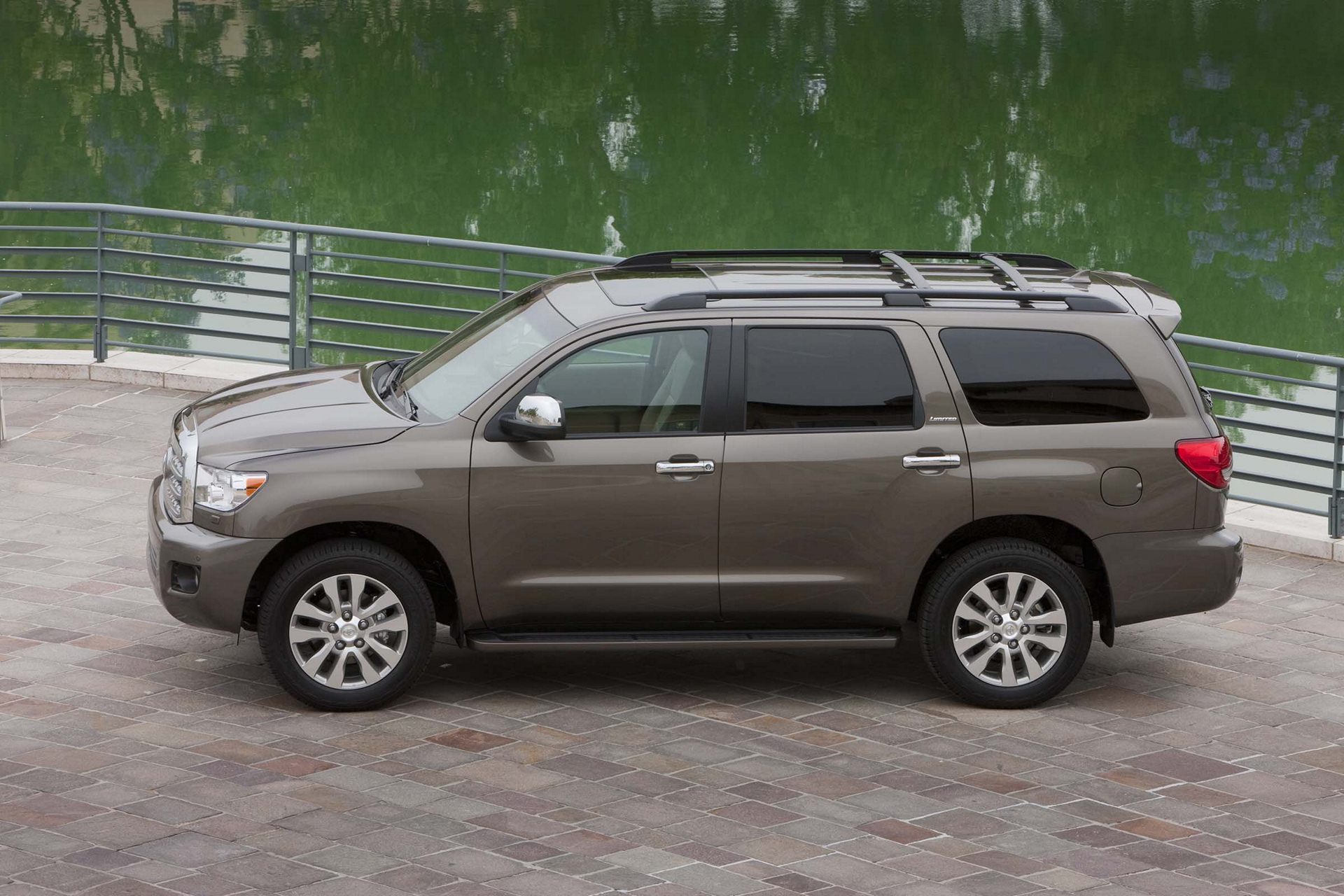 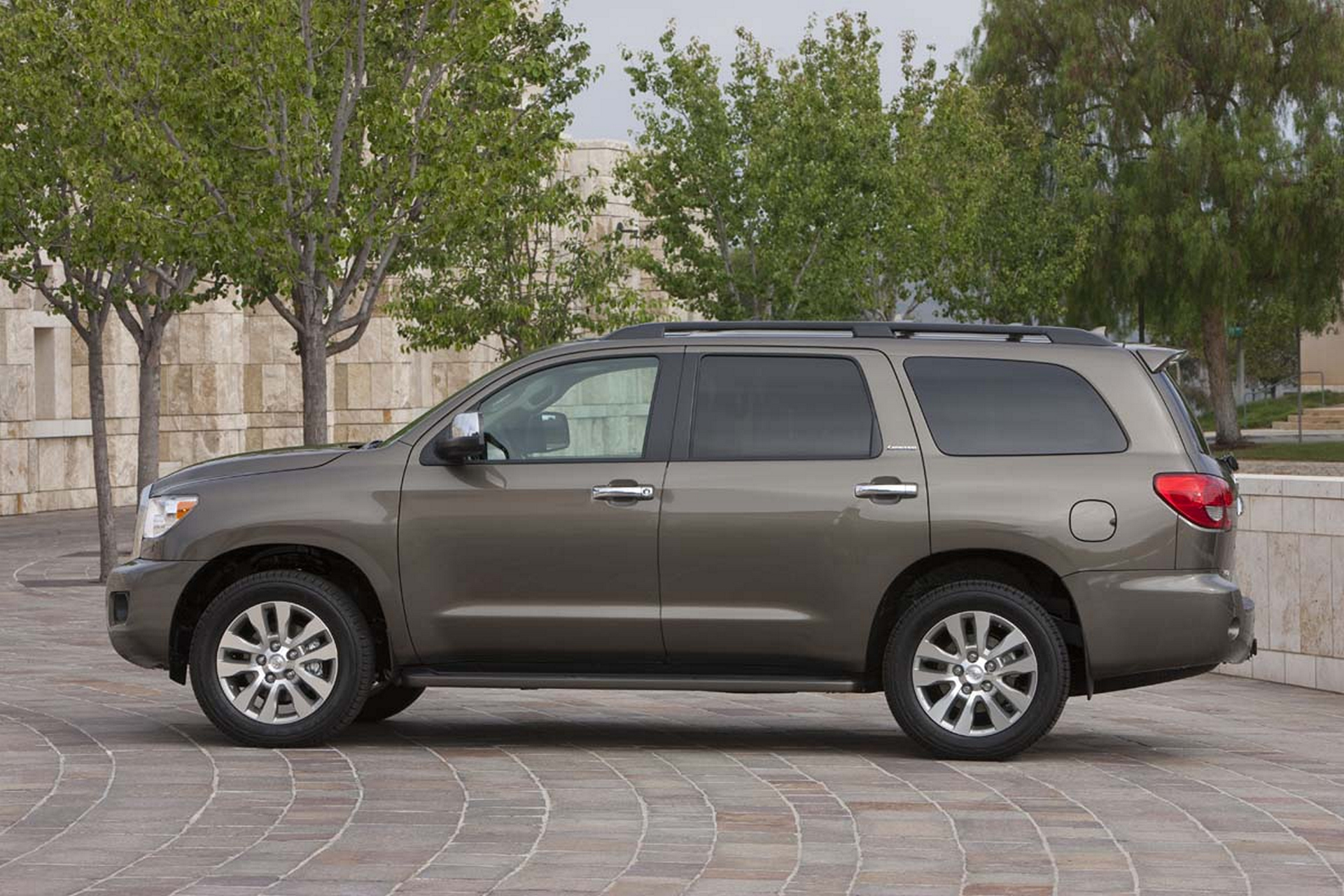