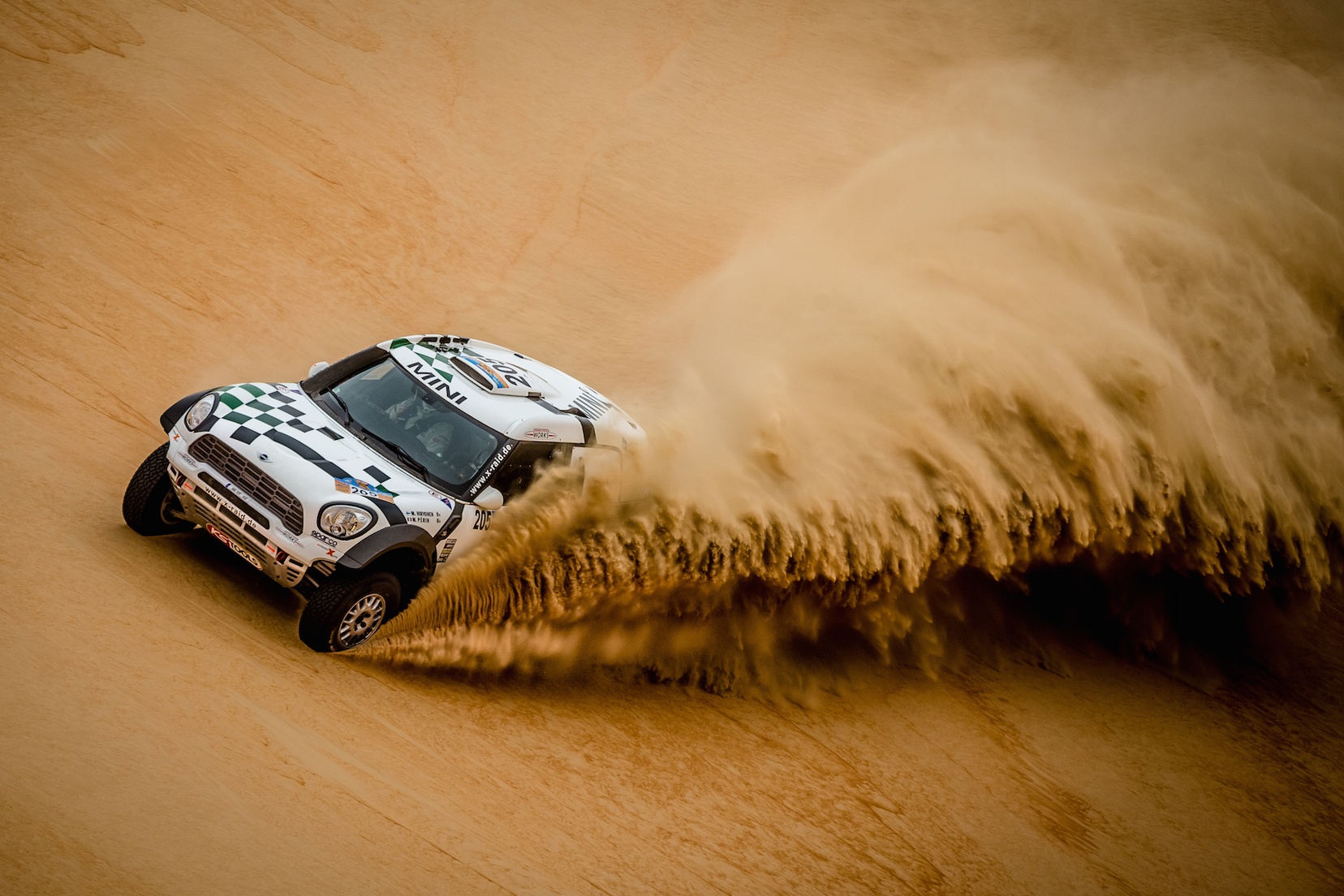 The Abu Dhabi Desert Challenge, round two of the 2016 FIA Cross Country World Cup is shaping up for an exciting finale. After Stage3 of this prestigious desert race, four MINI ALL4 Racing are placed within the top five. To further underline the MINI ALL4 Racing’s long distance desert capability, six MINI ALL4 Racing fill positions 2nd to 7th place. 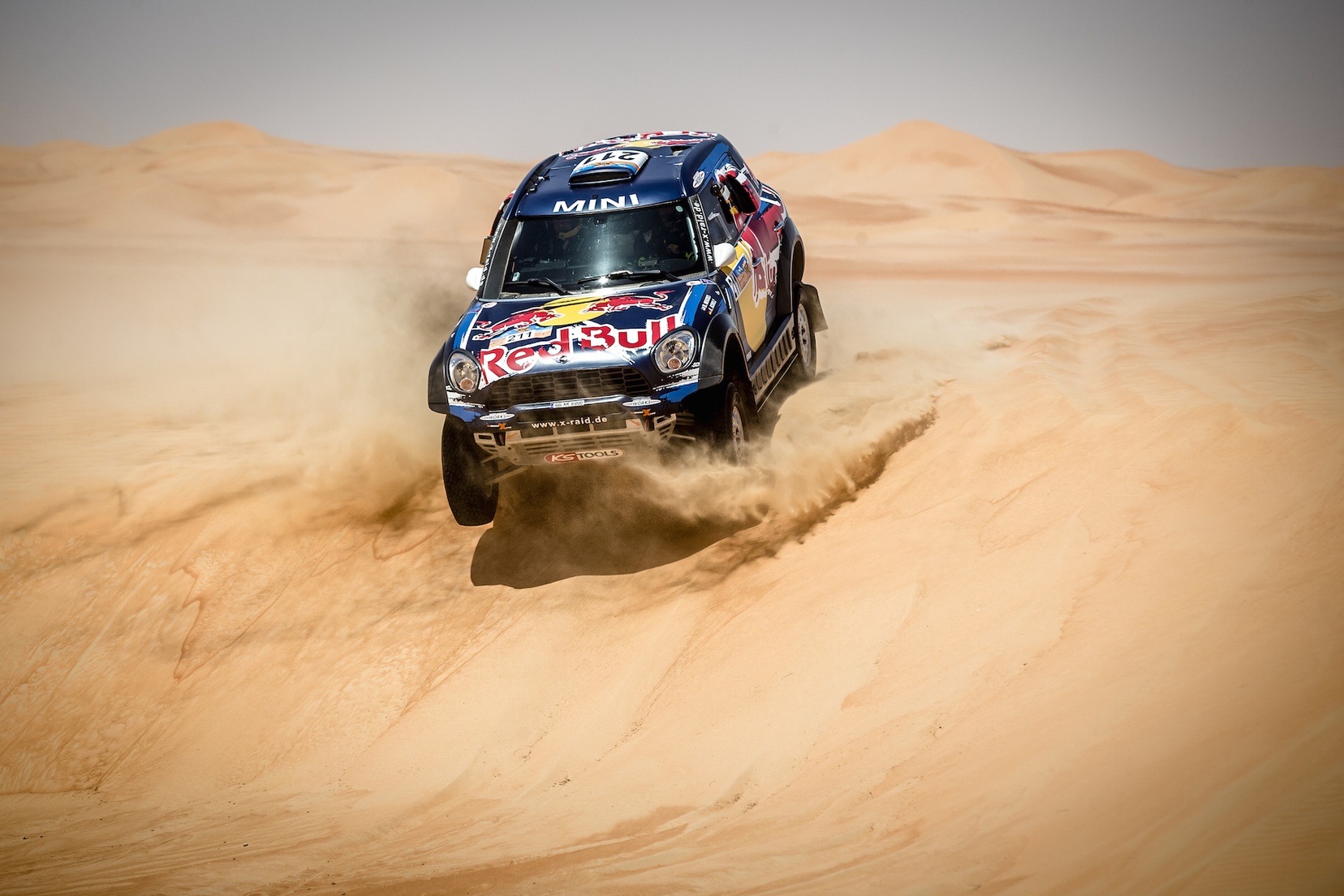 At the end of St 3 (Al Ain Water) and four days of intense racing across the desert stage of the Abu Dhabi Desert Challenge, the Russian pairing of Vladimir Vasilyev/Konstantin Zhiltsov (#201) have placed their MINI ALL4 Racing in second place. With two stages to go, it is still too early for last year’s winner Vasilyev to think about a repeat win.

“Today showed the true nature of the race – the dunes were very difficult,” said Vasilyev. “Thankfully there was no rain but I still drove carefully. Not because it is Konstantin’s birthday today, but to maintain the fight.”

Yazeed Al Rajhi (KSA) and co-driver Timo Gottschalk (GER) in MINI ALL4 Racing #204 finished today’s stage in fifth place and presently sit in third place overall. Despite Al Rajhi’s desert experience, at one point he too fell victim to the sand, which resulted in a short delay.

Al Rajhi: “We got stuck and had to get out of the car to get free. This unfortunately lost us time. The last section in the smaller dunes helped because it was was very fast…”

Jakub Przygonski (POL) and Tom Colsoul (BEL) take up fourth place in the race standings. Today’s seventh at stage end does not reflect on the speed of this MINI ALL4 Racing crew. On the opening day’s stadium Super Special Stage, Przygonski set the fastest time much to the delight of this amiable man from Poland. 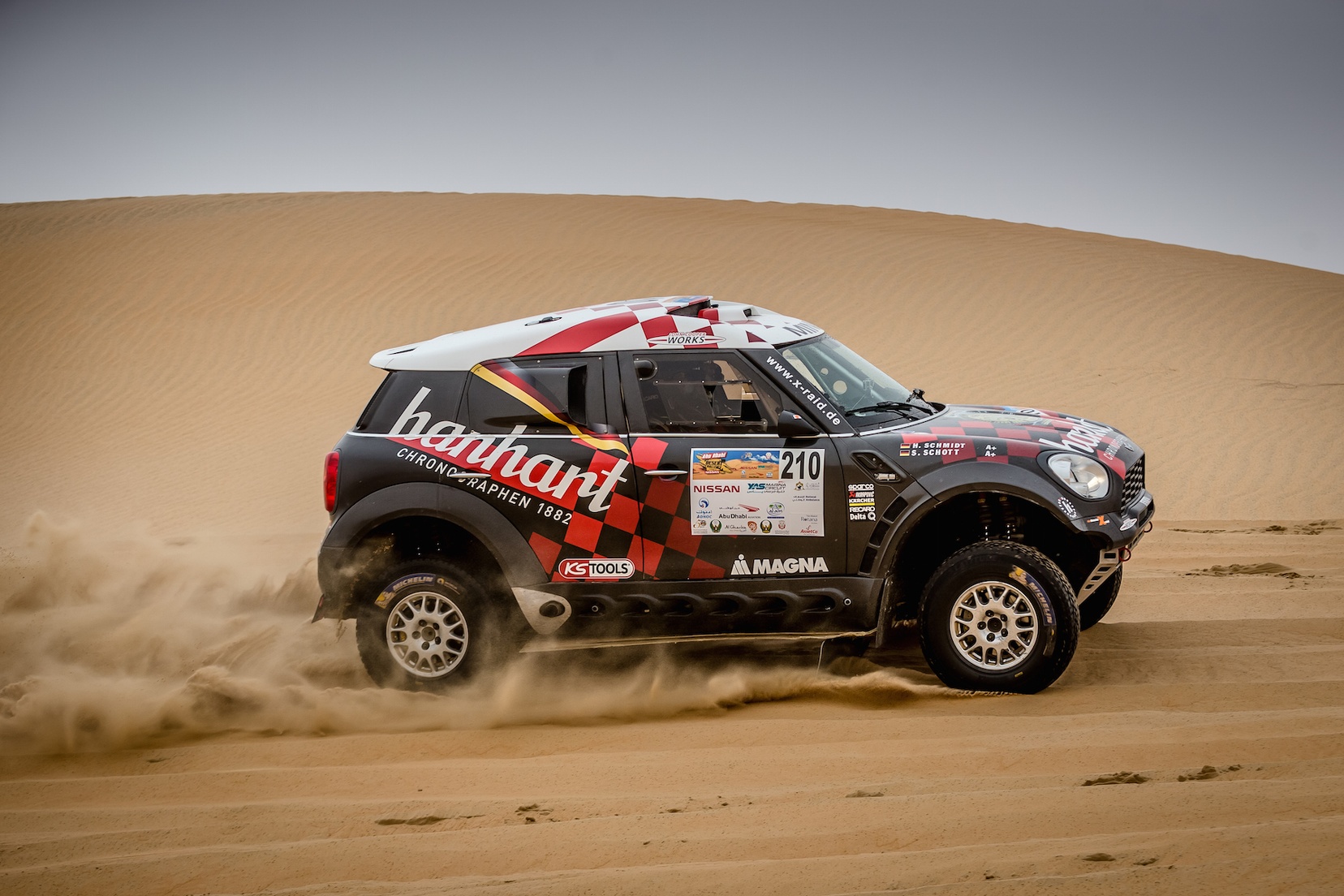 Mikko Hirvonen (FIN) continued his experience of racing in the dunes with a hard fought third at the end of today’s 280km race. Hirvonen and co-driver Michel Perin (FRA) are placed fifth overall. After two day’s racing in cool and wet conditions, the desert heat returned but didn’t thaw the ice-cool Finnish driver.

“No drama! Nothing special,” said Hirvonen. “We did get stuck several times but not heavy – just put it in reverse gear and we were fine.”

For American Bryce Menzies, the Abu Dhabi Desert Challenge is his first full FIA long distance desert race and first time inside a MINI ALL4 Racing… although you wouldn’t think so. With the experienced Andreas Schulz (GER) by his side, at the opening day’s Super Special Stage they set the same time as pole setter Jakub Przygonski. Today’s stage saw them cross the finish line in fourth to place them sixth overall. 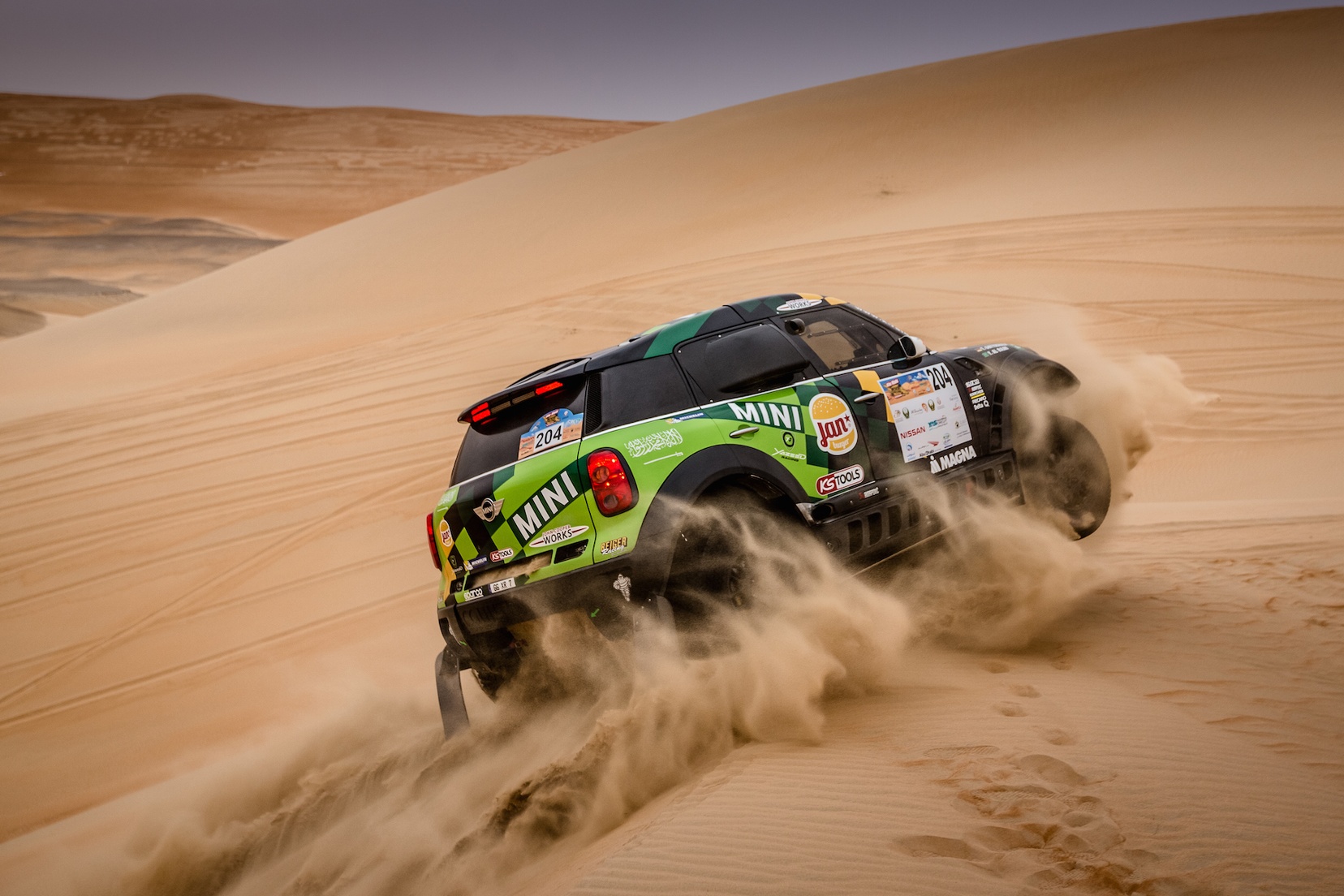 There are now two stages of just over 490km total left to play out before the end of the 2016 Abu Dhabi Desert Challenge on Thursday 7th April.