All-New Duramax 6.6L Diesel Is Our Most Powerful Ever 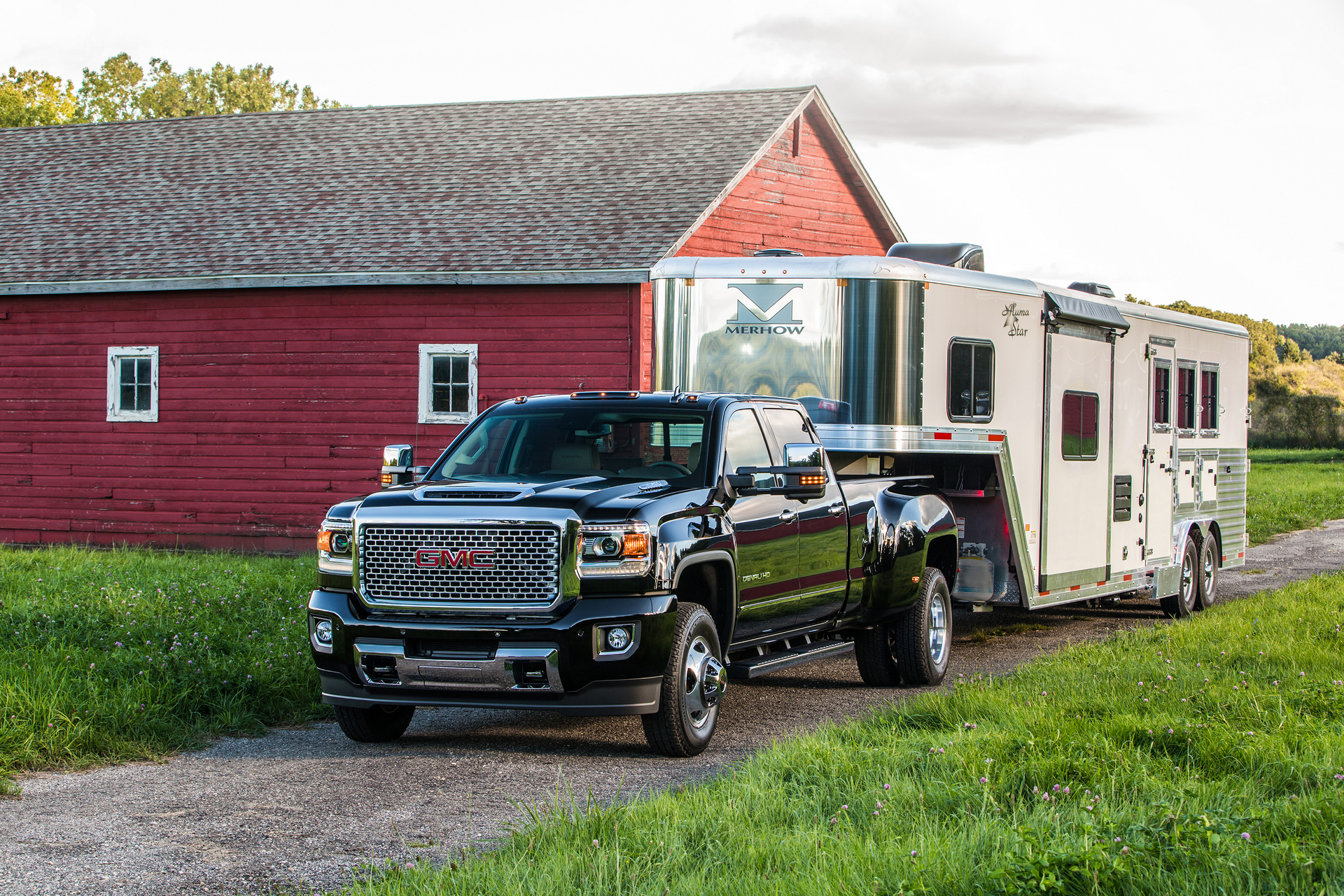 When it comes to horsepower from a diesel engine, the 2017 GMC Sierra HD tops the segment with an SAE-certified 445 hp (332 kW) from an all-new Duramax 6.6L V-8 turbo-diesel. And when it comes to the torque that enables effortless trailering and hauling, it also delivers more than ever: an SAE-certified net 910 lb.-ft. of torque (1,234 Nm) to make easier work of the heaviest loads.

The 2017 Sierra HD was introduced today in Texas, where more heavy-duty pickups are sold than in any other state, and where Dallas and Houston are two of the largest markets for the top-of-the-line Sierra Denali HD, which accounts for approximately 50 percent of Sierra HD sales nationally.

“GMC Sierra HD trucks and the Duramax diesel have a long-established legacy of offering customers confidence-inspiring capability for the largest tasks,” said Duncan Aldred, vice president of GMC Sales and Marketing. “With the new Duramax and additional enhancements, the 2017 Sierra HD takes the combination of refinement and capability to an unprecedented level.”

Along with a 19 percent increase in max torque over the current Duramax 6.6L and segment-best horsepower, the redesigned turbo-diesel’s performance is quieter and smoother, for greater refinement and more confidence when trailering or hauling.

The new Duramax 6.6L is a next-generation redesign of the venerable turbo-diesel engine and incorporates a new, GM-developed control system. The Duramax’s signature low-rpm torque production hasn’t changed, offering 90 percent of peak torque at a low 1,550 rpm and sustaining it through 2,850 rpm — an attribute that contributes to the Sierra HD’s confident pulling power.

A new, patent-pending vehicle air intake system — distinguished on the Sierra HD by a bold hood scoop — drives cool, dry air into the engine for sustained performance and cooler engine temperatures during difficult conditions such as trailering on steep grades. Cooler air helps the engine run better under load, especially in conditions where engine and transmission temperatures can rise quickly. That allows the Duramax to maintain more power and vehicle speed when trailering in the toughest conditions.

Driveline enhancements were made to increase strength and enhance durability, including a stronger front prop shaft and larger U-joints compared to previous Duramax-equipped Sierra HD models.

The new Duramax 6.6L turbo-diesel engine is produced with locally and globally sourced parts at GM’s manufacturing facility in Moraine, Ohio. It will be available in the Sierra HD in early 2017.

When it comes to delivering the capability on which GMC’s reputation was forged, Sierra 2500HD and 3500HD models — including Sierra Denali HD — are offered with gas and Duramax diesel propulsion systems. They enable a maximum conventional trailering rating of 20,000 pounds (9,072 kg) and a max fifth-wheel/gooseneck trailering rating of 23,300 pounds (10,568 kg).

In addition to the new Duramax 6.6L turbo-diesel engine, the 2017 Sierra HD lineup offers Teen Driver, which allows parents to set controls, review driving habits and encourage safe driving habits when they are not in the vehicle.