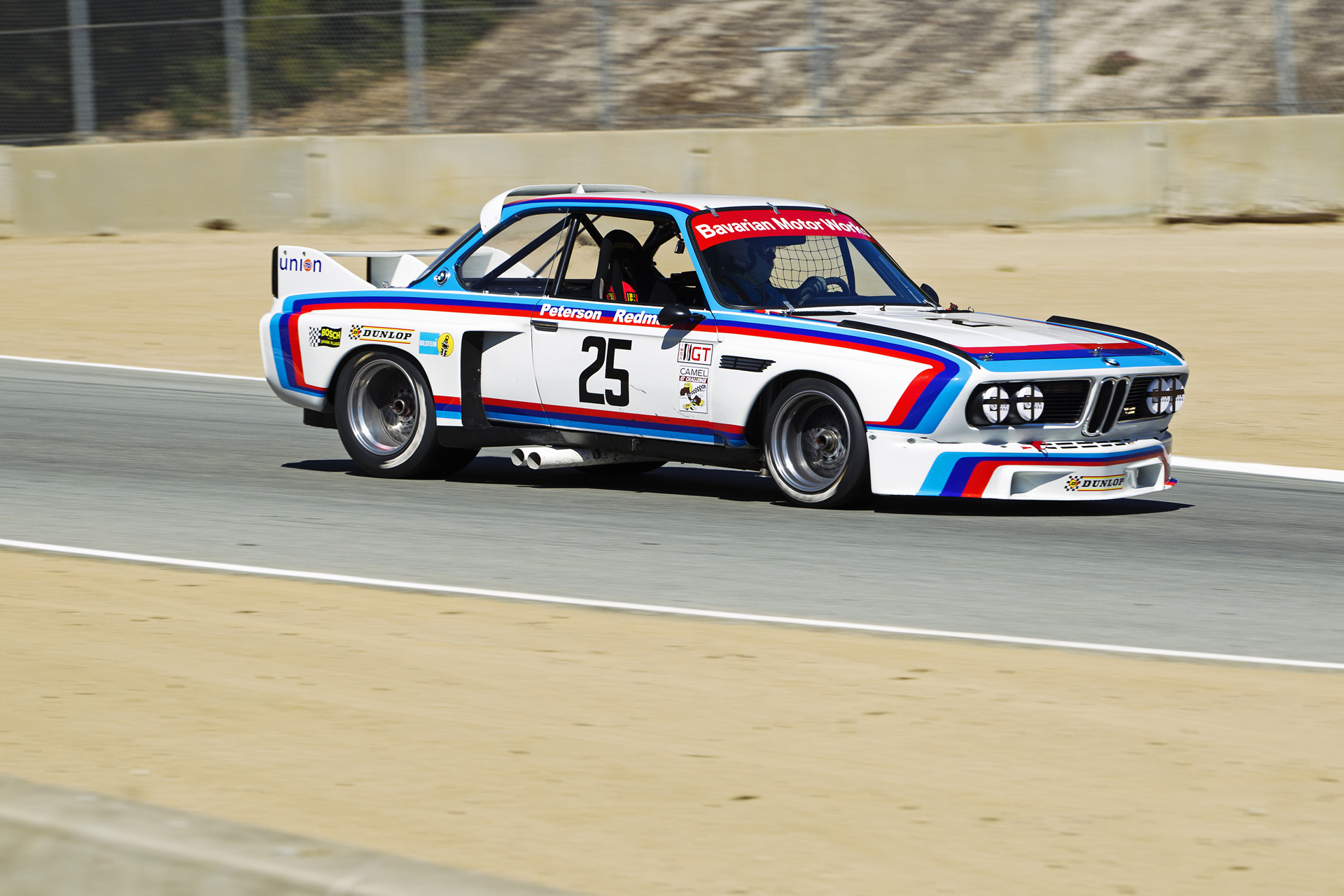 In the largest celebration this year outside of Munich, BMW will celebrate the 100th anniversary of its founding and its illustrious racing history at the four premiere events of Monterey Car Week from August 18-21 in Monterey, California. As a featured marquee at the Rolex Monterey Motorsports Reunion.

The Quail – A Motorsports Gathering, Legends of the Autobahn and at the Pebble Beach Concours d’Elegance, visitors can be assured that each event will have a compelling representation of the cars and people that have defined The Ultimate Driving Machine® for ten decades.

BMW is the featured marquee at the Rolex Monterey Motorsports Reunion and the brand will be represented by 64 vintage BMW race cars ranging from a strong group of 1930’s 328s to the all concurring BMW V12 LMR of 1999. The Rolex Reunion promises to be the largest gathering of BMW M1 ProCars ever assembled in the USA. Finally, all five factory IMSA specification 3.0 CSLs will be back together for the first time since they raced in1975 and 1976. 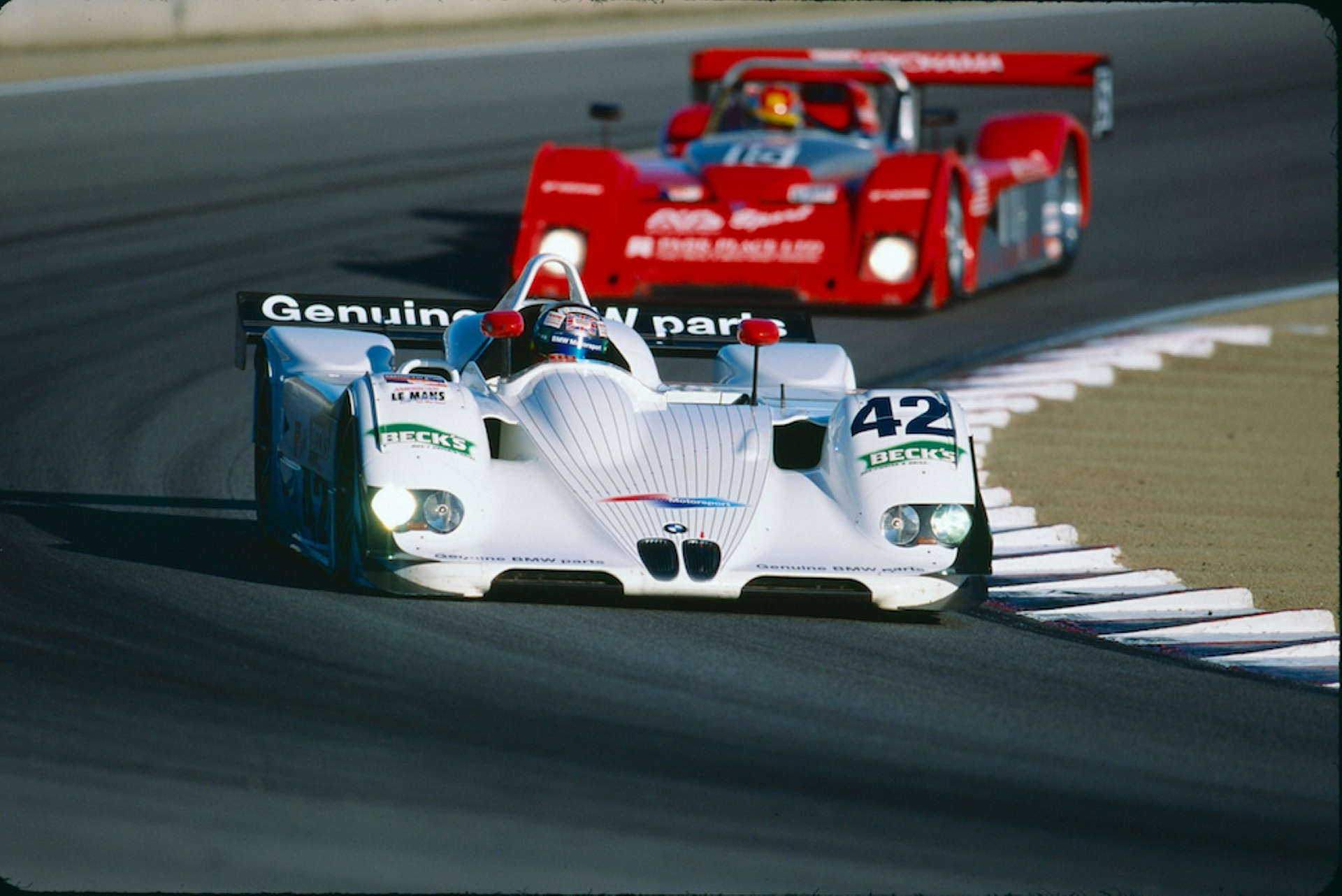 Among the 64 BMWs racing in the Rolex Reunion will be seven cars from the BMWUSA Classic collection. Drivers will include BMW of North America Chairman Ludwig Willisch and several past and current BMW Motorsport drivers.

Rather than a static heritage display that is typical for the featured marquee at the Rolex Reunion, BMW of North America has developed the ‘BMW Living Legends Garage’ to house a selection of BMW’s that chronicle the history of the company’s racing heritage. Many of these cars will be actively competing in the racing action throughout the weekend so visitors will be able to walk through the garage and see, hear, smell and feel the living history of the brand. 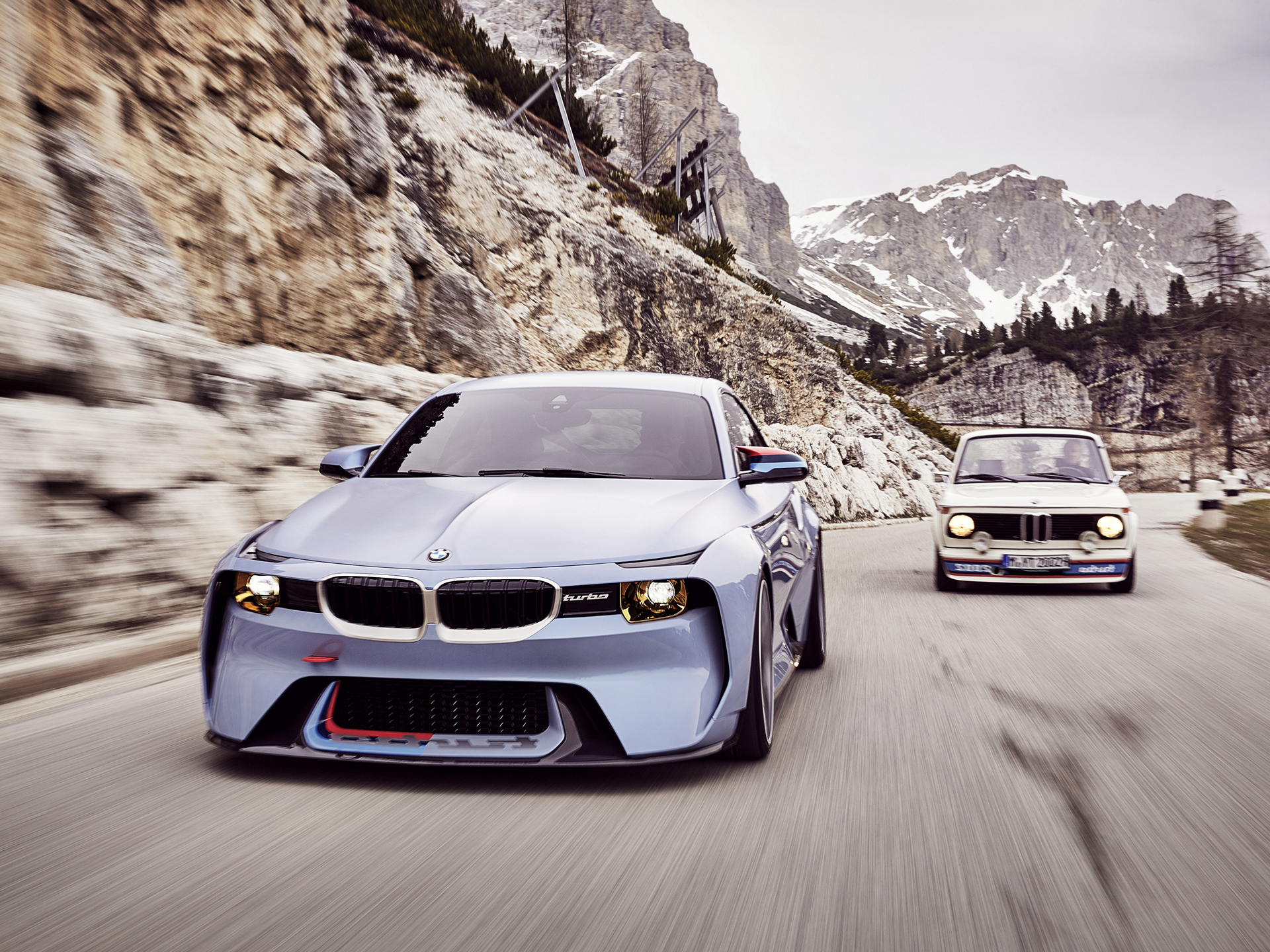 This year also marks the 50th anniversary of the iconic 2002 and to celebrate the milestone BMW created a very special car that pays tribute to one of the most significant BMW models in its history. The initial version of the car was presented at the Concorso d’Eleganza Villa d’Este this past May. BMW will unveil a new, re-imagined version of the 2002 Hommage at The Quail, A Motorsports Gathering on Friday August 19.

First and foremost, the BMW 2002 Hommage celebrates the extraordinary feats of engineering behind the BMW 2002 turbo – and re-imagines them as a design study for our times. 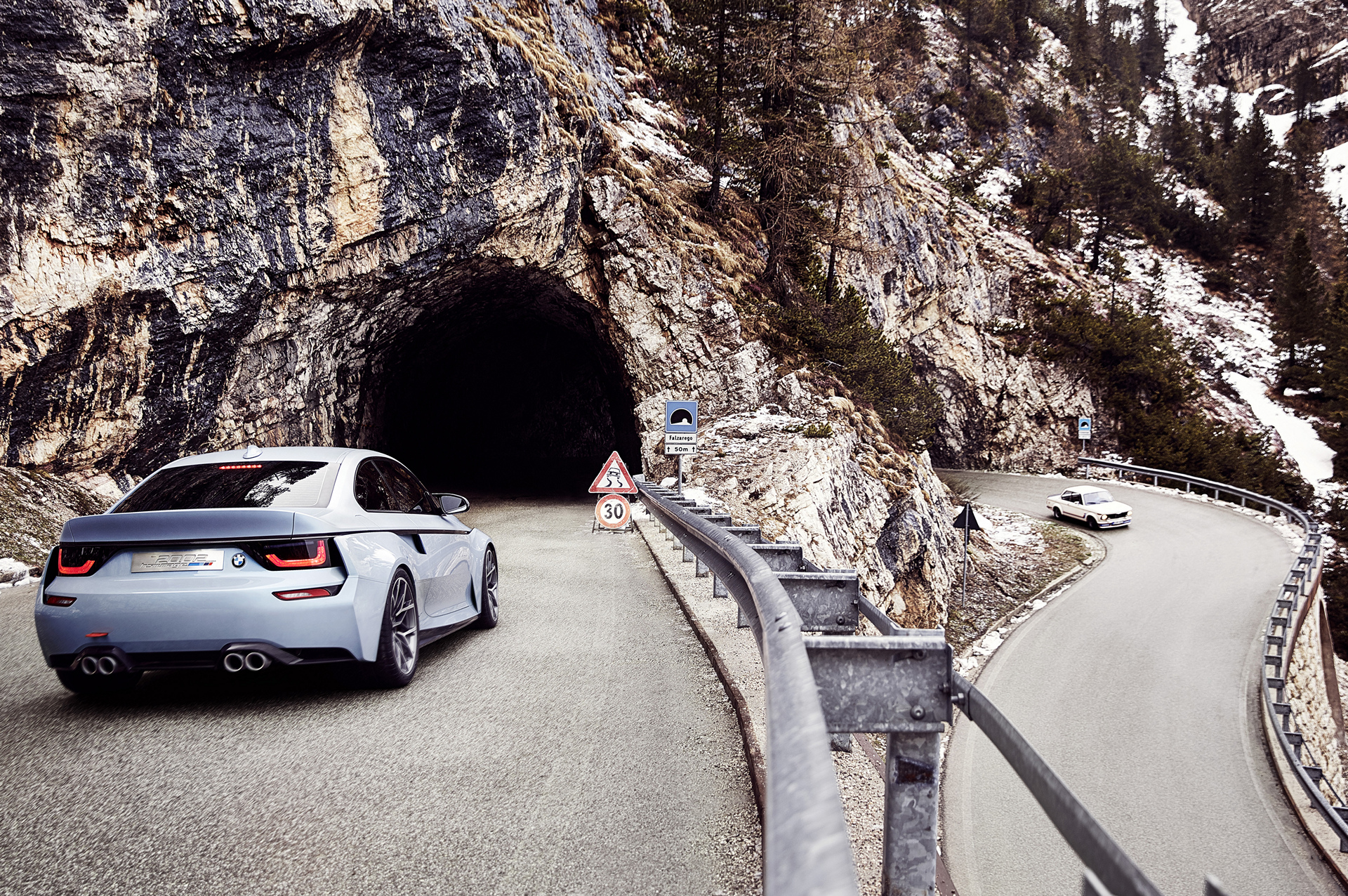 “Exactly 50 years ago, the 02 range kick-started an era of success for BMW. This compact coupe is one of the vehicles which made the brand what it is today,” explains Adrian van Hooydonk, Senior Vice President BMW Group Design. “The 2002 sat at the top of the range and was the first series-produced car anywhere in Europe to come with turbo technology. That set the seal on the coupe as a genuine sports car. At the same time, the 2002 turbo was at the technological vanguard of engine development at BMW. The BMW 2002 Hommage is our way of raising a glass to all these achievements.”

Visitors to The Quail will also be treated to a grouping of BMW automobiles and motorcycles that represent some of the most important models of their eras including a beautiful 1968 R69s owned by BMW NA employee Sam Campbell. Finally, a group of 25 historic BMW race cars that will make the trip over from the Rolex Reunion and arrive around the lunch hour for the pleasure of the guests at The Quail.

Legends of the Autobahn, the premiere concours for German cars in Monterey, will have a strong BMW contingent this year. A special grouping of BMW V12 engine cars will be anchored by three cars equipped with the sonorous BMW Motorsport ‘P70’ 6-liter racing V12 engine. The three cars are the 1999 12 Hours of Sebring winning BMW V12 LMR, the BMW of North America sponsored McLaren F1 GTR that raced at the 24 Hours of Le Mans in 1996 and the 700 hp BMW X5 LM prototype that Hans-Joachim Stuck drove to a sub 8 minute lap at the Nürburgring Nordshiefe in 2001.

Legends of the Autobahn is also expecting a strong grouping of first generation (E30) M3 cars and as the centerpiece, BMW of North America will display the restored 1991 Team Bigazzi E30 M3 DTM originally driven by Steve Soper. 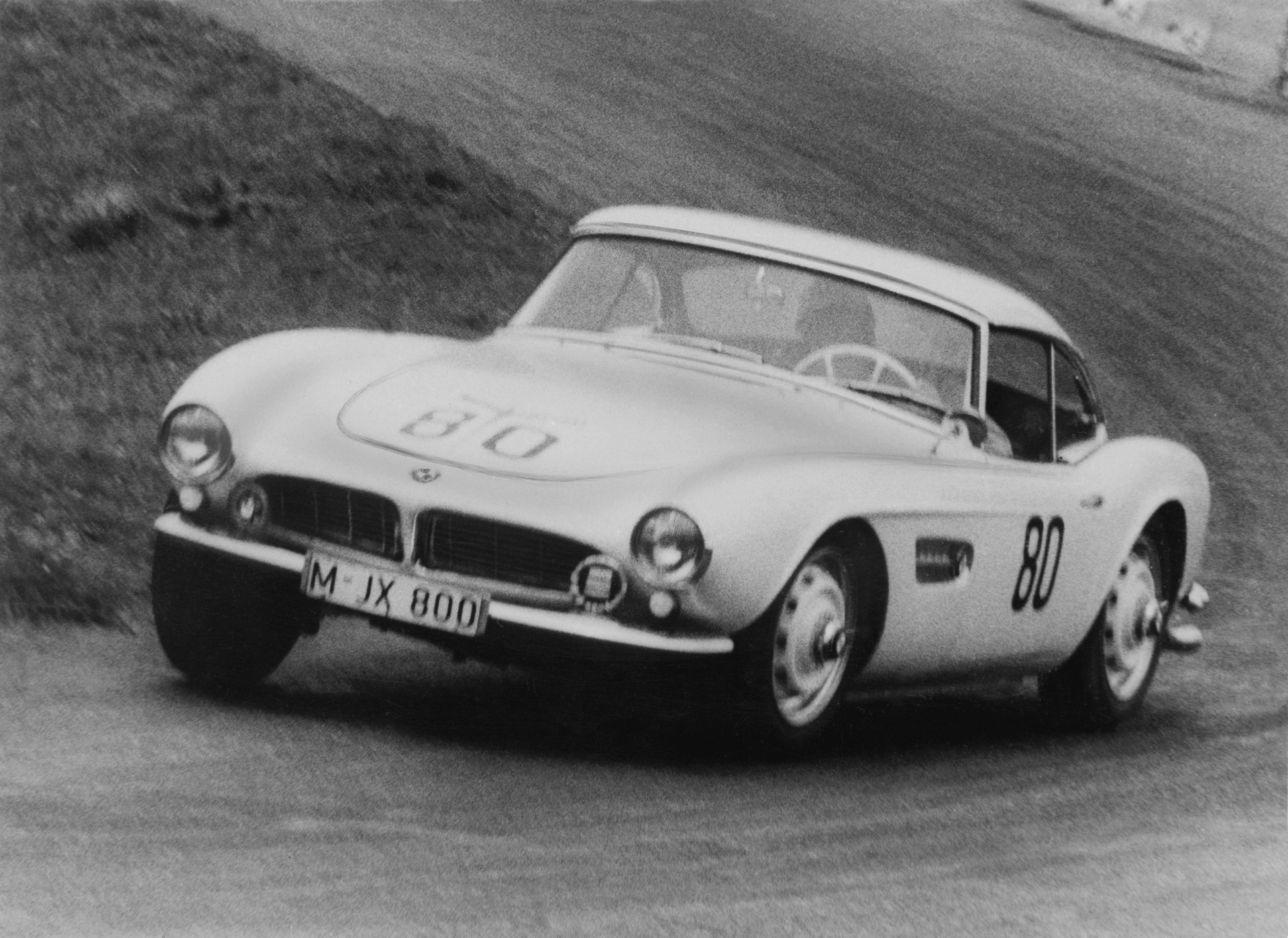 The Pebble Beach Concours d’Elegance on Sunday August 21 will feature a once-in-a-lifetime grouping of important BMW models in celebration of the 100th Anniversary. Highlights of the display include the first and last BMW Art Cars – the 1975 BMW 3.0 CSL Group 4 painted by Alexander Calder and the 2010 M3 GT2 painted by Jeff Koons. BMW’s Mille Miglia successes will be represented by two special bodied 328 cars – the 1937 328 MM Bügelfalte (translates to “trouser crease” for the distinctive sharp creases running down the tops of the fenders) and the 1940 328 MM Carrozzeria Touring Coupe. Finally, after being lost for 40 years and then undergoing a two year restoration, the Elvis BMW 507 will premiere on the lawn at Pebble Beach.