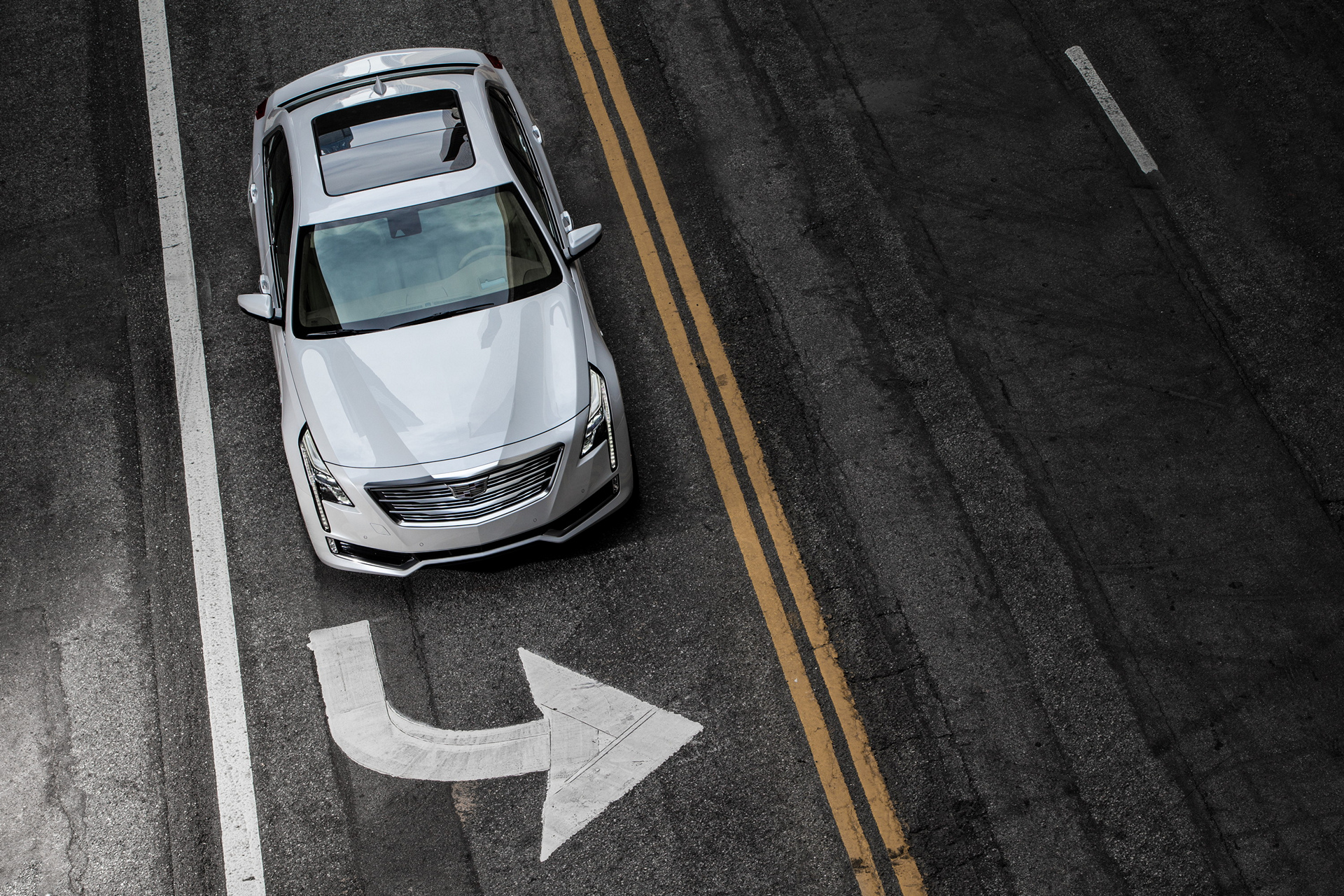 The CT6 utilizes four of the vehicles’ seven exterior cameras to provide recorded video of the CT6’s surroundings. The cameras are strategically placed without compromising the sculpted exterior — one in each door-mounted rearview mirror, one integrated into the front grille and one mounted on the rear trunk lid. When the video recording system is activated, the cameras can capture video in one of two modes: using the front and rear cameras during vehicle operation or using all four cameras in a round-robin fashion when the vehicle security system is armed. The latter mode will only record video once the CT6 has been disturbed. The same cameras are also used to provide a 360-degree display around the vehicle on the CUE screen to aid in vehicle maneuvering.

Cadillac expects the surround-vision video recording system to be used by CT6 owners to record events such as a memorable drive, for security in the case of a vehicle being tampered with or to record an incident.

Captured footage is stored on a standard SD card in the trunk of the vehicle. Owners can choose to save certain captures indefinitely on the SD card or they can view or save the video files onto their personal computers.

The three remaining cameras on the CT6 are utilized for the industry-leading and award-winning Rear Camera Mirror, the Lane Keep Assist system and the Night Vision system.

2016 CT6 sedans equipped with the Surround Vision camera system — which is standard on CT6 Luxury, Premium Luxury and Platinum models — all have the surround-vision video recording system.