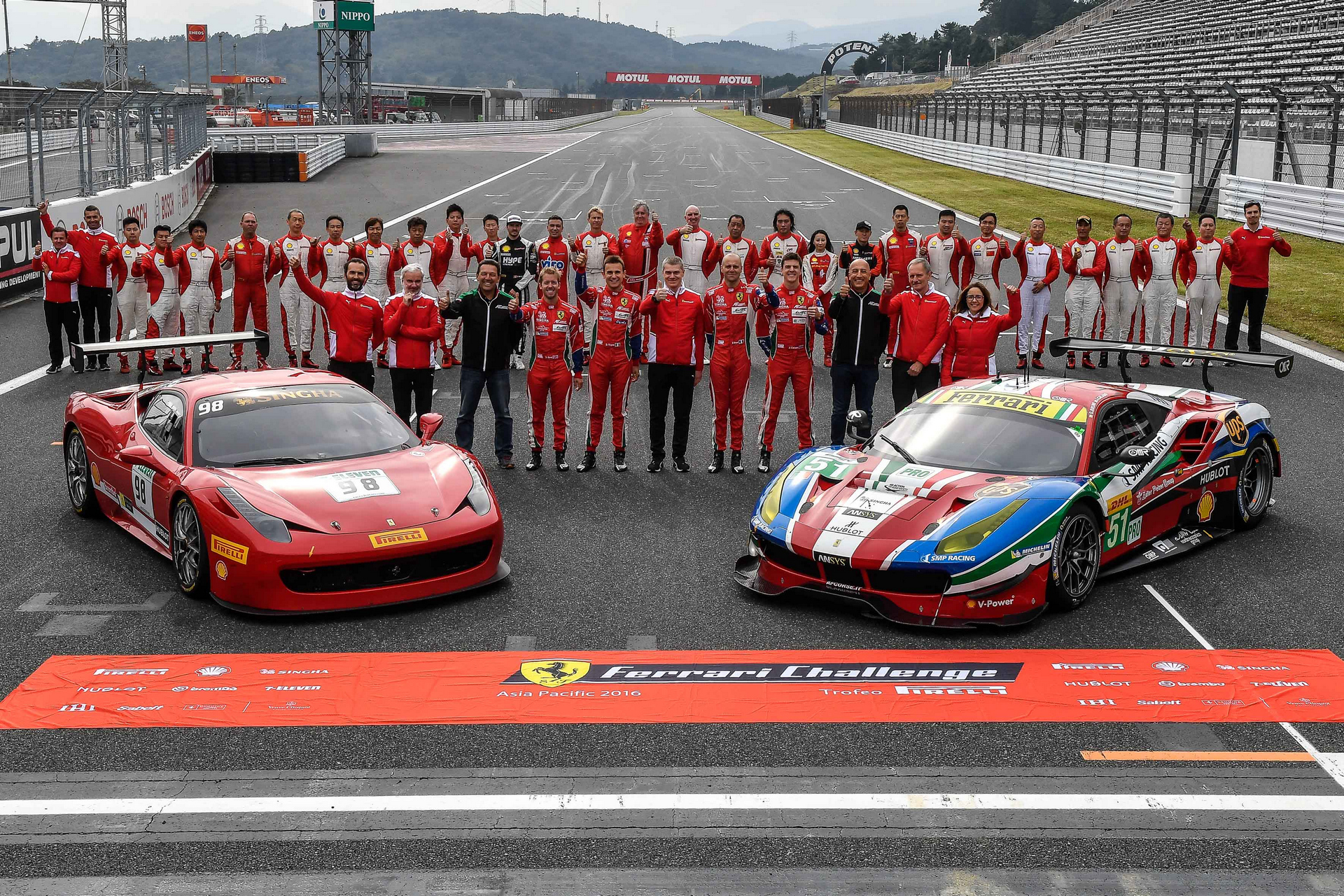 The 2016 Ferrari Challenge Asia-Pacific sixth and last round race before the Finali Mondiali at Daytona gets underway at Fuji Speedway this weekend as a support series to the prestigious World Endurance Championship, WEC Thirty cars will take to the track today for two rounds of free practice before returning on Saturday for the only qualifying session and Race-1, while Race-2 will take place on Sunday.

Standing in the foothills of Mount Fuji in Oyama, Japan, Fuji Speedway will see lots of thrilling action on track this weekend as the drivers will battle it out in the final round at a track known for having one of the longest straights among motorsport tracks in the world: 1.475 km in length. The Challenge drivers will also have the opportunity to discuss race strategies over the weekend with the Ferrari WEC drivers Gianmaria “Gimmi” Bruni, James Calado, Davide Rigon and Sam Bird.

Trofeo Pirelli. After Round 5 in Singapore, Florian Merckx from Belgium is leading the table standings In the Trofeo Pirelli class with 164 points after his double wins there. Renaldi Hutasoit of Indonesia is a close second only 5 points behind. In third place is Steve Wyatt from Australia with 147 points. Wyatt was leading the standings after four rounds until he suffered crash damage in Singapore during the first race and had to retire. They will definitely have victory on their minds this weekend.

Pirelli AM. Xin Jin from China continues to lead the Pirelli AM class with 151 points, followed by Eric Cheung from Canada and Huilin Han with 137 and 135 points respectively.

Coppa Shell. Meanwhile, Liang Wang from China in Singapore increased his lead in the Coppa Shell category with a total of 173 points, a 54-point advantage over fellow compatriot Yuan Yang. Ken Seto from Japan is third with 106 points.

Race Schedule. The Challenge drivers will undertake two rounds of practice sessions today, with the first race tomorrow at 3:30 PM local time (8.30 CET) and the second race on Sunday at 9:10 AM local time (2.10 CET).