Ferrari Looks for Fourth Victory in Four Years in Virginia 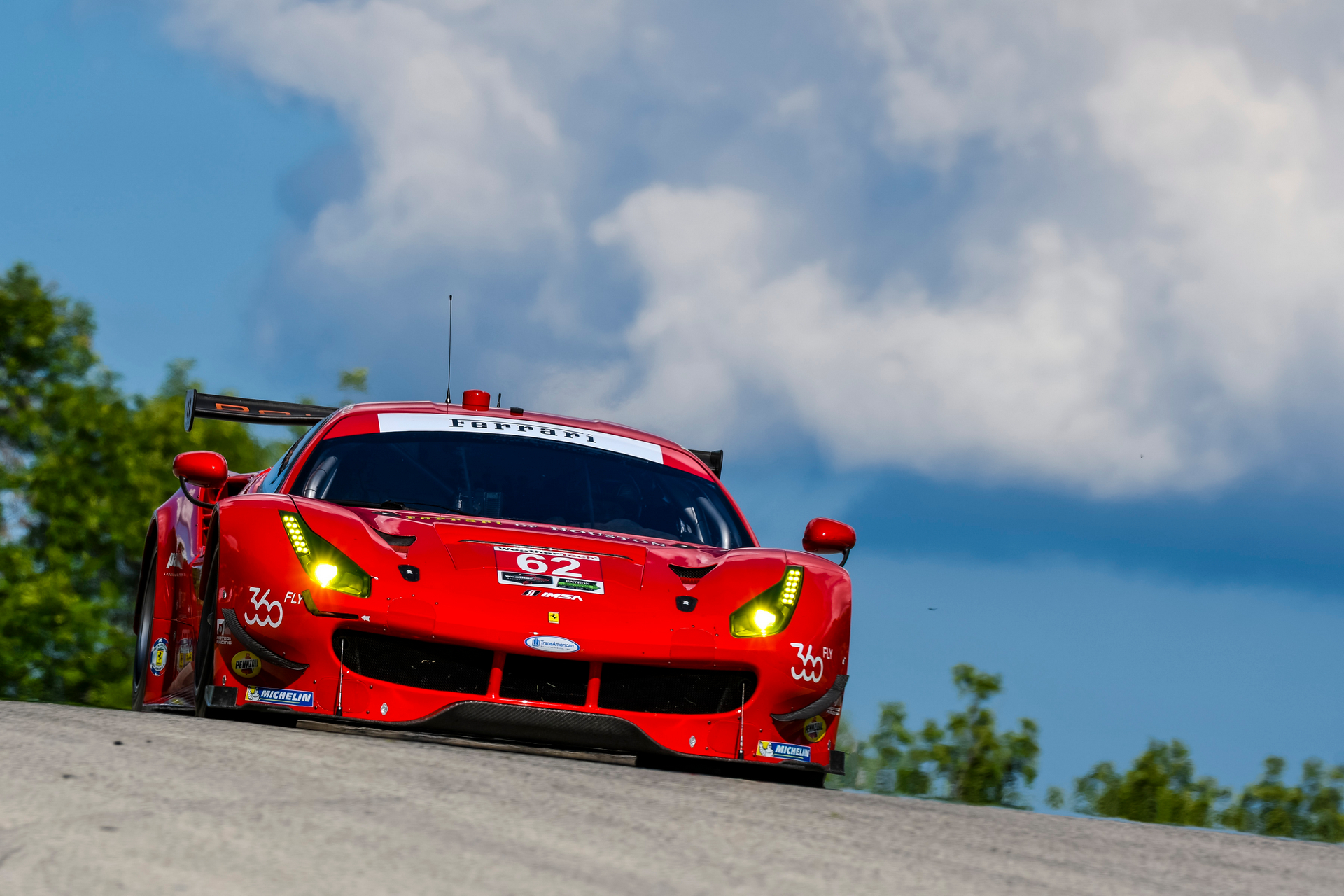 A Ferrari has been in the victory lane in each of the last three seasons at Virginia International Raceway, and the Risi Competizione and Scuderia Corsa teams are aiming to keep that streak alive at this weekend’s IMSA GT Challenge with their Ferrari 488s. This weekend’s IMSA SportsCar Championship race at VIR will be a GT-only event, featuring the GT-LeMans and GT-Daytona classes.

GT-D. Scuderia Corsa returns to VIR as the defending winners, as Townsend Bell and Bill Sweedler took a commanding victory last season in the no. 63 Scuderia Corsa Ferrari 458 Italia before winning the GT-Daytona drivers’ championship. This season, the team brings new drivers and a new Ferrari to VIR. Alessandro Balzan, Christina Nielsen and the no. 63 Scuderia Corsa Ferrari 488 GT3 have scored two victories and three additional podium results, including a third place at the last race at Road America. With three races remaining in the season, they hold a 15-point lead in the GT-Daytona drivers’ championship.

GT-LM. The no. 62 Risi Competizione Ferrari 488 GTE of Giancarlo Fisichella and Toni Vilander was also headed to a podium finish at Road America before contact in the closing stages while running in second position. The team has been particularly strong at VIR in recent years, taking victory with the no. 62 Risi Competizione Ferrari 458 Italia in the 2013 American Le Mans Series race and in the 2014 IMSA SportsCar Championship race before finishing in third position last season.