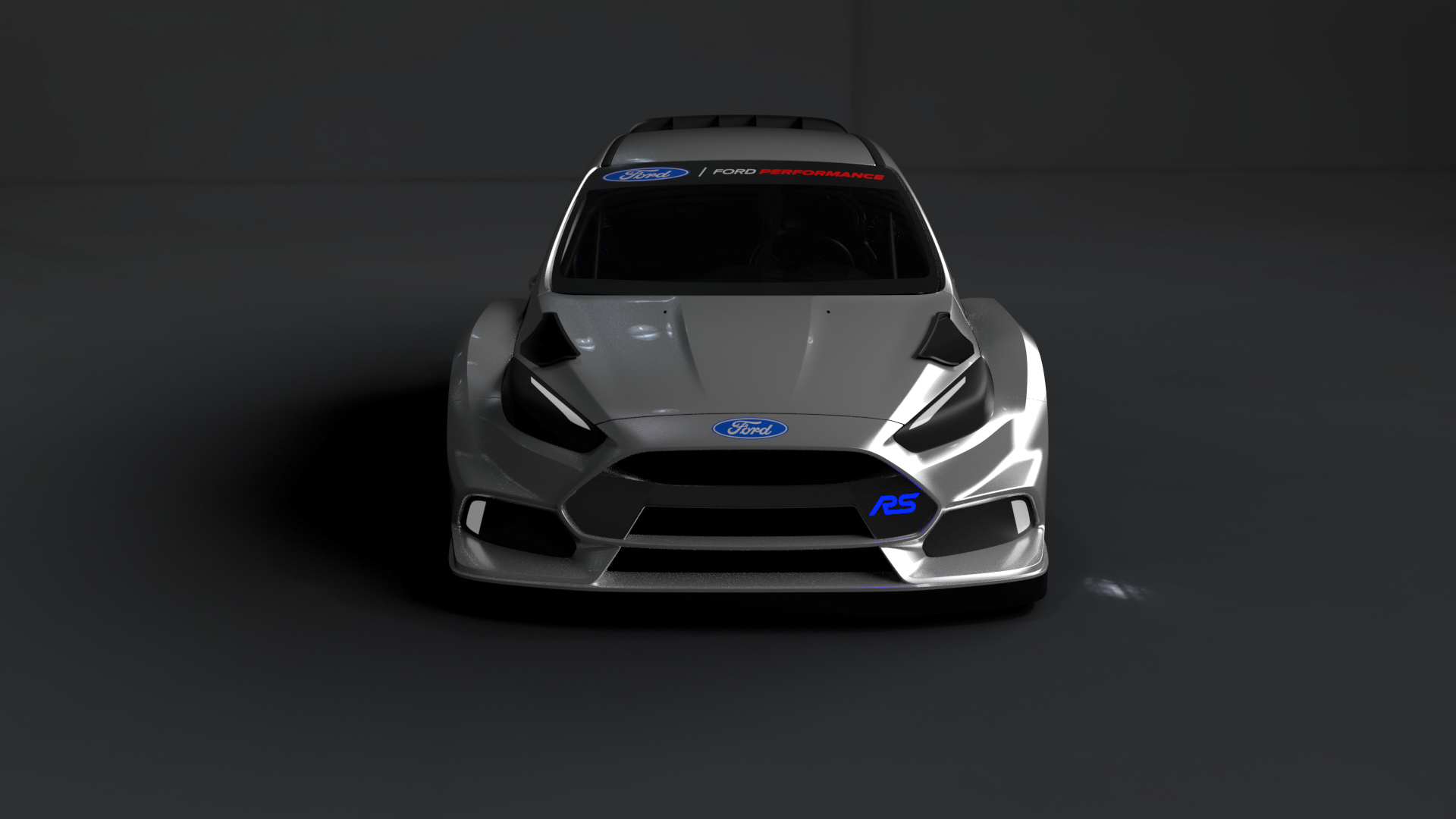 For more than 50 years, Ford Performance’s Rallye Sport badge has been reserved for racing and production vehicles that push the limits of performance and innovation. Known for aggressive design and pioneering technology, Ford vehicles wearing the RS badge have seen success for decades in stage rally series including winning participation in FIA World Rally Championship with drivers like Björn Waldegård, Marcus Grönholm, Mikko Hirvonen and Colin McRae.

“RS is a worldwide brand with a rich heritage that motorsports enthusiasts know and love,” said Dave Pericak, global director, Ford Performance. “Our RS badge has a natural connection to racing, and we have a passionate, dedicated team on the project. We’re excited to honor the history of Rallye Sport by pushing every aspect of performance and design to the limit.” 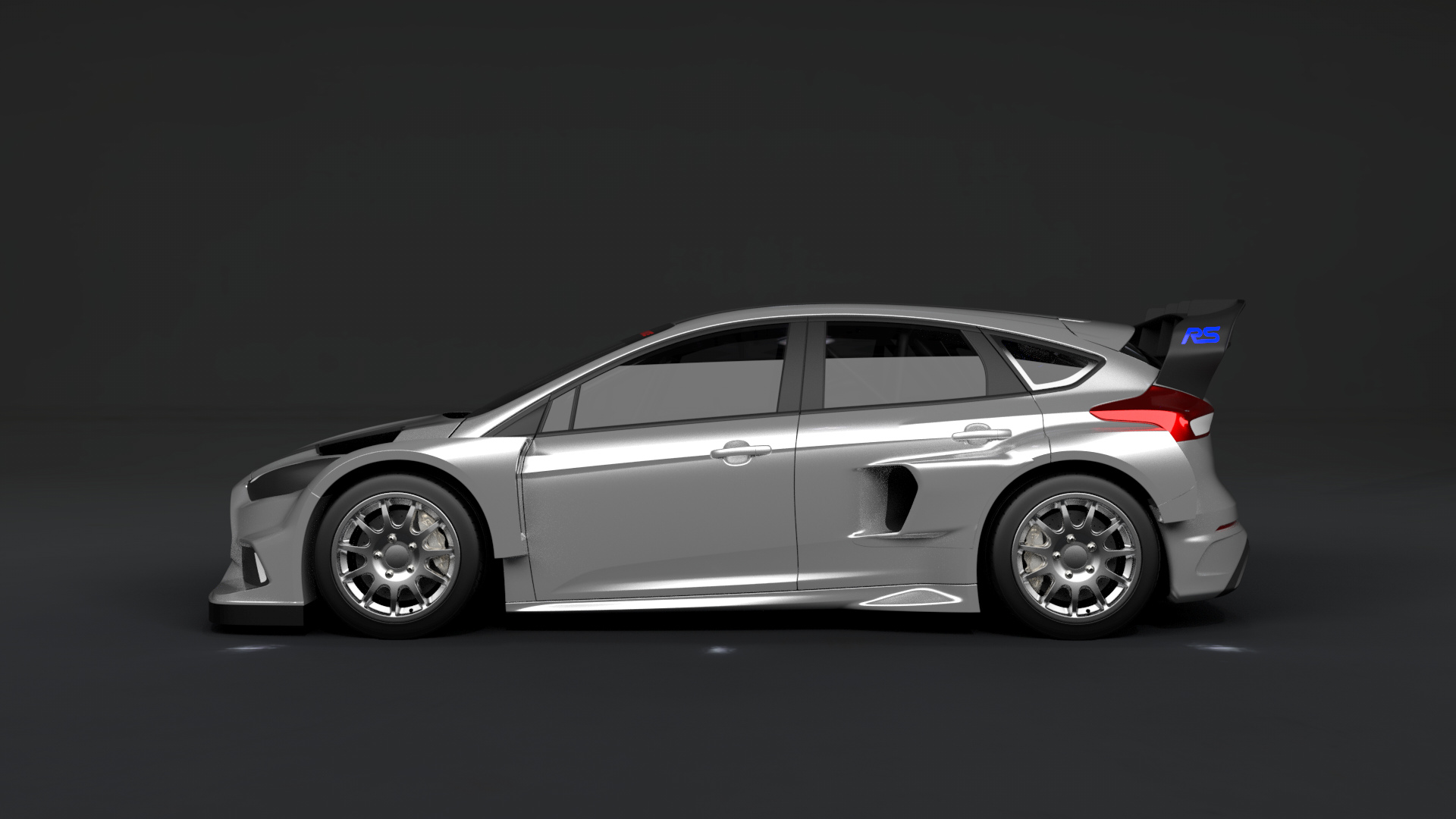 Mark Rushbrook, motorsports engineering manager, Ford Performance, says the intention has been to develop a Rallycross car that lives up to the RS badge.

“We’ve dedicated the same level of cutting-edge tools, technical resources and engineering know-how from our Le Mans GT and NASCAR programs, and working with M-Sport brings renowned expertise in rallycross and stage rally vehicle development,” said Rushbrook. “Ken, Andreas Bakkerud and Hoonigan Racing give us insight from the competition and driver perspectives. Our three organizations have a great working relationship, and we’re all looking forward to seeing the Focus RS in action.”

“I’m really happy to be expanding my relationship with Ford Performance,” said Hoonigan Racing Division’s Ken Block. “To have official factory support for my race season in 2016 and beyond as I enter the FIA World Rallycross Championship full-time is absolutely incredible. It opens up a ton of powerful resources that myself and my team will be able to benefit from in terms of engineering prowess, research, development and racing experience from different fields. Plus, have you seen the car that they’ve created for me to go race in? My mind was blown when they showed it to me in Dearborn a few months ago. I absolutely cannot wait to get behind the wheel and start testing.”

“Working closely with our colleagues at Ford Performance and Hoonigan Racing Division, a huge amount of work has gone into this project,” he said. “It’s been an extremely exciting, rewarding venture – one we hope yields considerable success. I’m confident we have a winning formula for the season ahead.”

A Ford driven by Ford-Autocraft employee Brian Melia was at the birth of rallycross in February 1967 – his Lotus Cortina finishing second in the Lydden Hill event created especially for ITV’s “World of Sport”. The BBC adopted rallycross later that year and the sport’s future was assured, with the first British Rallycross Championship won by Tony Chappell in a factory-prepared Ford Escort Twin Cam in 1968.

The Focus RS Rallycross cars will debut at the FIA World Rallycross event in Portugal, April 15-17, with Block and Bakkerud behind the wheel. The global 12-race series takes place in 11 countries on three continents.