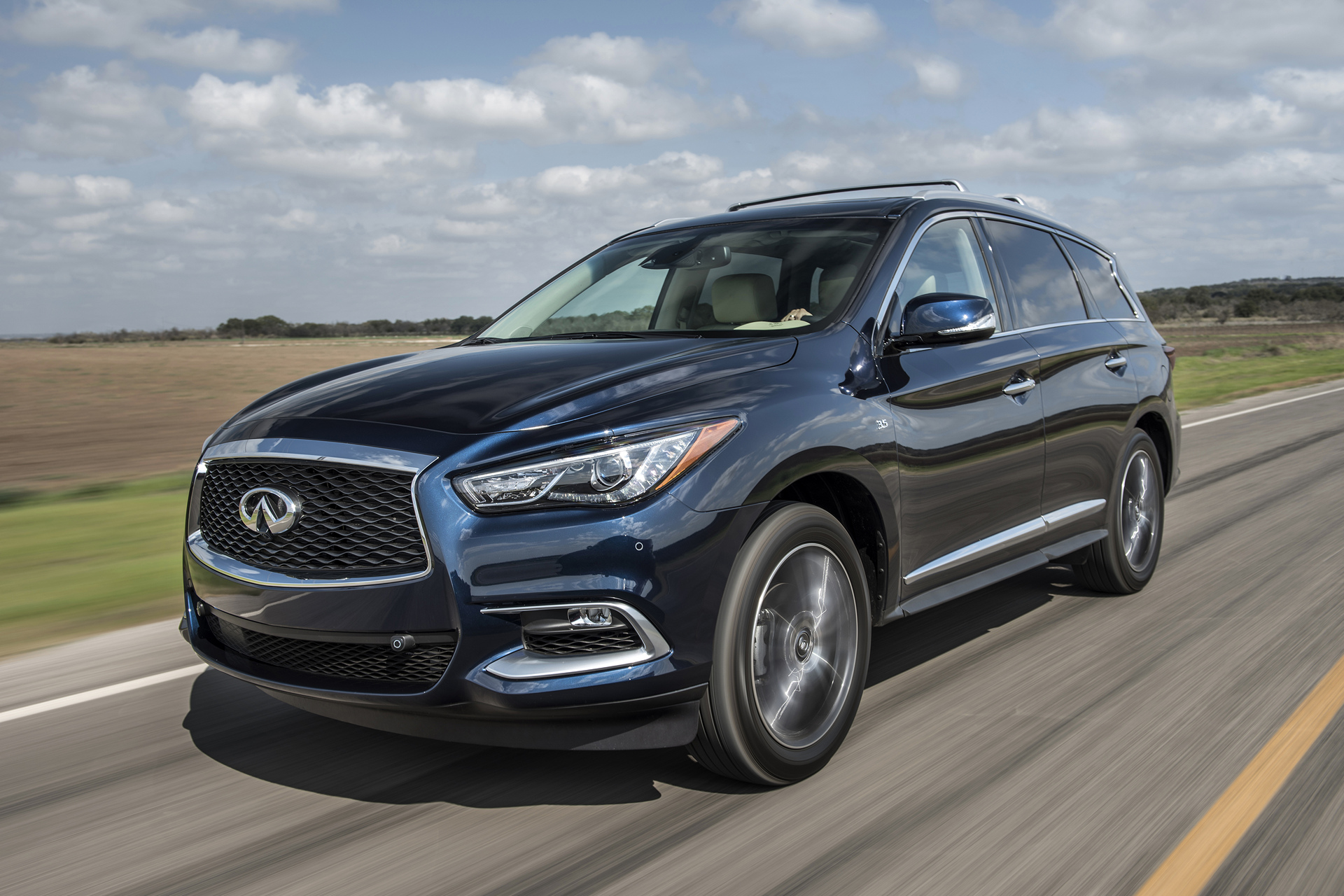 Infiniti today announced pricing for the 2016 Infiniti QX60, which has received a major freshening for the new model year – including revised exterior styling, a refined interior, improved dynamic performance and an enhanced list of available safety, security and driving aids technologies. The starting MSRP* for the 2016 QX60 (FWD) is $42,600, an increase of just $200 from the 2015 model despite the long list of revisions. The popular Premium Plus option package, which includes Infiniti Navigation with Infiniti Connection and Around View® Monitor with Moving Object Detection, is $2,900, a decrease of $100 from last year.

The Manufacturer’s Suggested Retail Prices* for the 2016 Infiniti QX60 are:

On the inside, the 2016 QX60 adds new graphite weave interior accents, stitched upper dash and a new shift lever (shared with the new Q60 coupe).

Improved driving dynamics are provided by a revised steering system, new tires and enhanced chassis tuning. As in previous years, the 2016 QX60 features a standard 3.5-liter DOHC V6 rated at 265 horsepower at 6,400 rpm and 248 lb-ft of torque at 4,400 rpm, along with a fuel-efficient Continuously Variable Transmission.

The QX60 Hybrid’s advanced drivetrain features a supercharged 2.5-liter inline 4-cylinder and an electric motor powered by a compact Lithium-ion battery pack. It is rated at 250 net system horsepower. Both the standard and hybrid models are offered in front-wheel drive and with Intelligent All-Wheel Drive.

“The Infiniti QX60 continues to stand out in the luxury crossover segment, excelling in the areas that luxury crossover buyers desire most – interior flexibility and roominess, safety, and advanced hospitality features,” added Parker. “It again offers real 3-row utility, plus all the premium features, performance and innovations that Infiniti has become known for worldwide.”