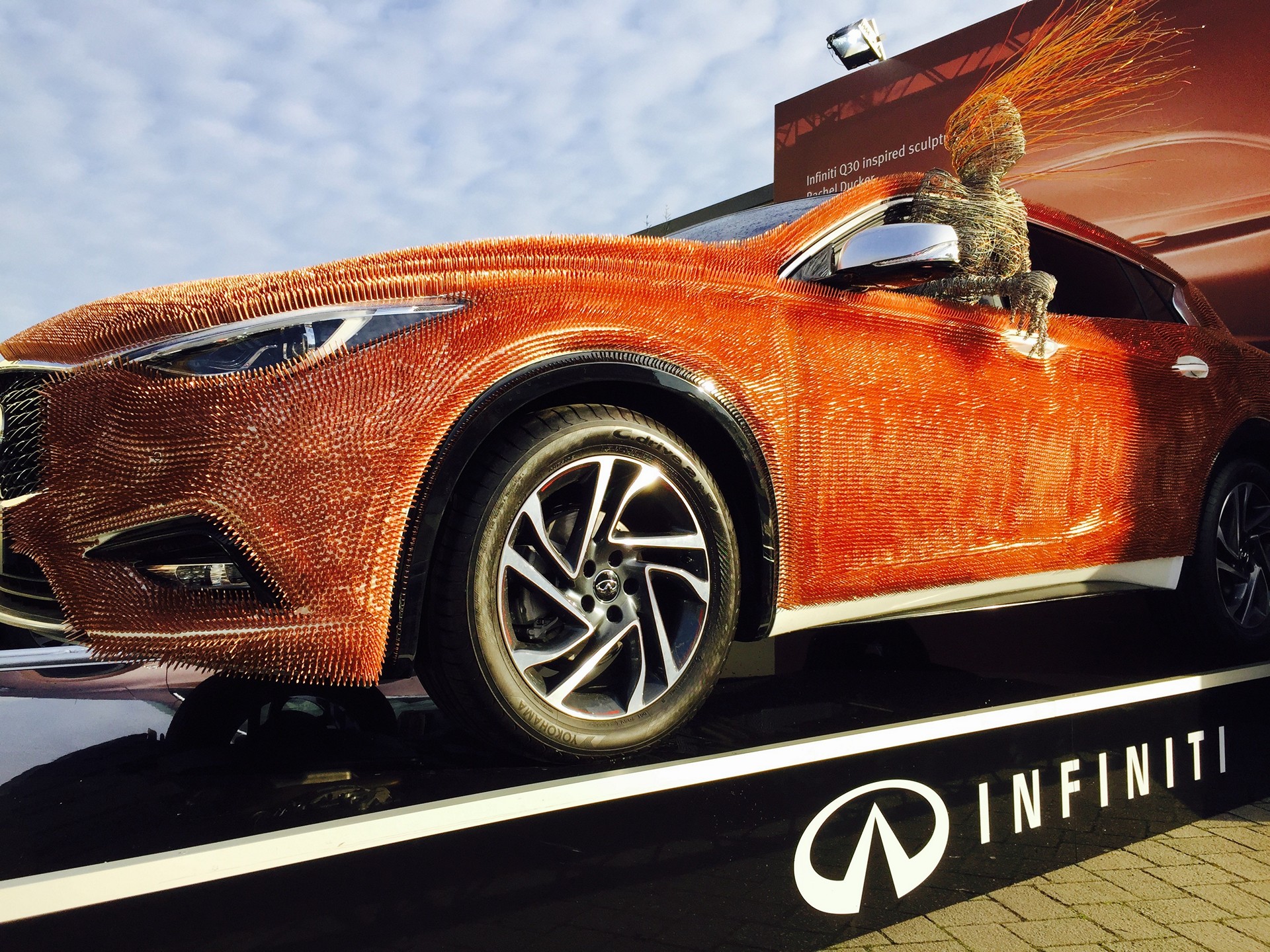 Infiniti unveiled probably one of its most controversial models at the opening of the 2016 London Art Fair at the Islington Business Center this week.

Located just outside of the shows entrance, Infiniti revealed a QX30 with a difference. With the help of contemporary artist Rachel Ducker, renown for her human like figures, 48,000 copper tacks have been painstakingly adhered to half of the QX30’s bodywork creating a striking “carpet like” appearance that highlights the vehicles strong and dynamic bodylines.

Leaning out of the side window is one of Rachel’s human like steel wire figures. With her two-tone colored hair flowing outwards and positioned to appear as if blowing in the wind, the dynamic figure brings the vehicle to life.

From one side, the QX30 is untouched to demonstrate how the new active compact car looks, but the other side is fully covered in the copper tacks. From a distance the car looks as though it is covered in a layer of long copper colored hair, but to the touch the sharp heads of the tacks can be felt, just like a bed of nails. These tacks were specifically chosen due to the ability of the copper color to radiate a variety of different shades depending on the light conditions and angle of viewing – similar to the Liquid Copper QX30 launch color.

Rachel Ducker, a self-confessed car nut, spends most of her time living either in Oxford or Marrakech these days, but made a special appearance at the show to not only reveal the QX30 but to also meet with the Infiniti Car designer Simon Cox to discuss the thoughts behind the project.

“When Infiniti first approached me to see if we could work together I jumped at the chance,” said Ducker.

“My work is all about energy and movement, and to put my figures alongside such a well-designed car as the QX30 gave me the opportunity to combine both of my passions. Add the fact that it is displayed at the entrance to one of the UK’s most renowned Art Fairs made it even more enticing. Art is all about what people see as they look at the display, whatever it may be. I do not believe in giving a descriptive list of what it is supposed to mean or what it means to me. Everyone sees things differently depending on the mood of the individual or how the light portrays the image at that particular time.”

Simon Cox, Infiniti designer director based in Paddington London, had a similar background to Rachel, studying sculpture and jewelry design, before moving onto cars. Simon was both excited and intrigued to see how the car looked.

“It is amazing to see how the copper tacks provide a dramatic effect to how the light reflects across the bonnet and down the shoulder lines,” said Cox.

“It creates a striking flow as you move around the car. I really like Rachel’s work and how she portrays movement to bring her models to life.”

The QX30 will be on display outside the entrance to the show until January 24. 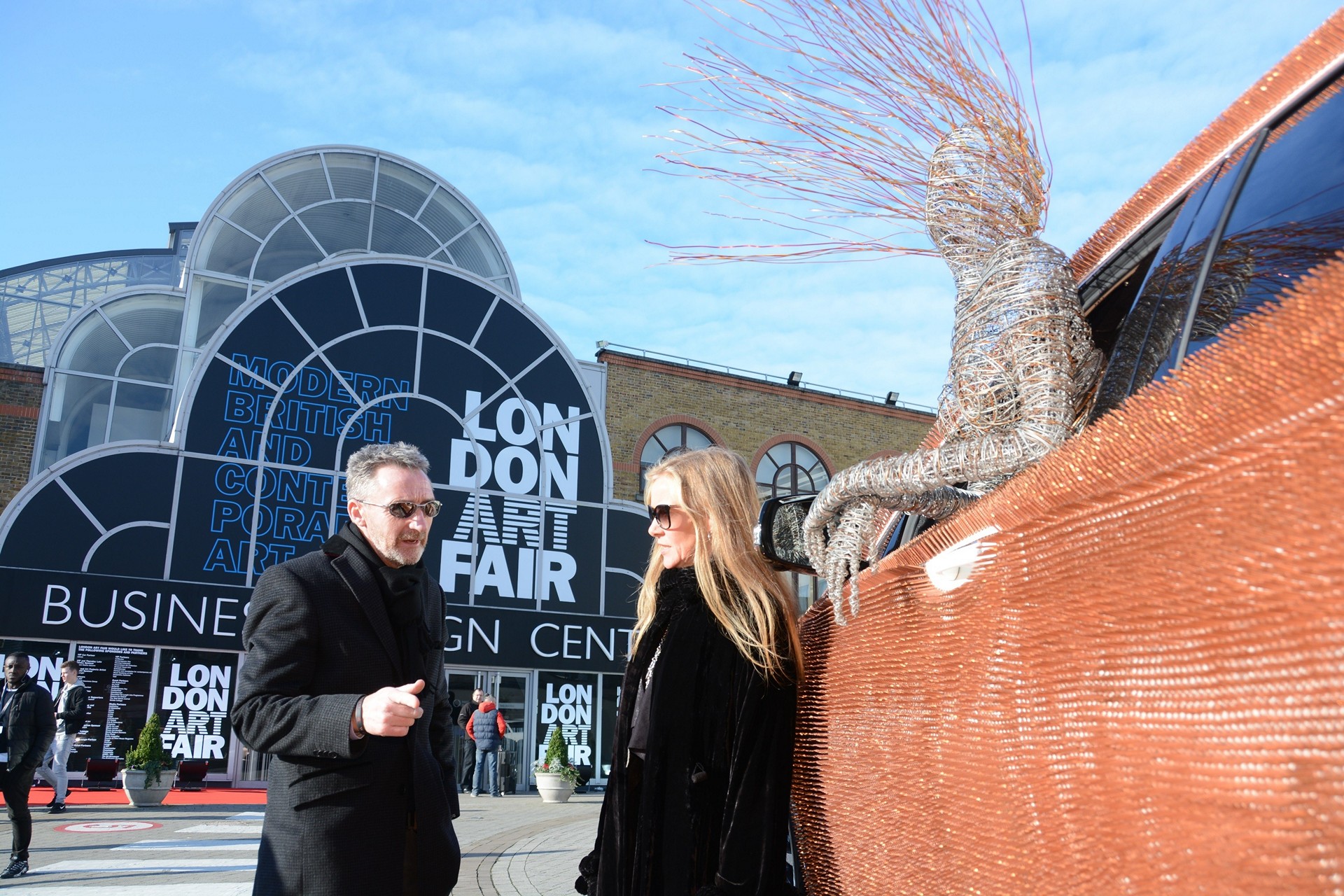 Infiniti also opened a display area of its own inside the show. Situated alongside the show’s Photo50 exhibition space, QX30 continued to be the main theme with a photographic display, taken by several social media influencers during a recent test drive of the QX30 in Lisbon. Alongside these images, professional photographers and influencers Michael Schulz (@Berlinstagram) and Josh Rubin (@coolhunting) also show their skills behind a lens.

Michael Schulz, an urban photographer, was on the stand to show off his work in person. In October 2010 he took his first iPhone picture and uploaded it to Instagram. Soon after that, he discovered Instagram’s vibrant community and the possibilities of photo editing apps. Within three years his iPhonegraphy account @Berlinstagram (https://www.instagram.com/berlinstagram) became one of the most popular German Instagram accounts with over 300,000 followers. 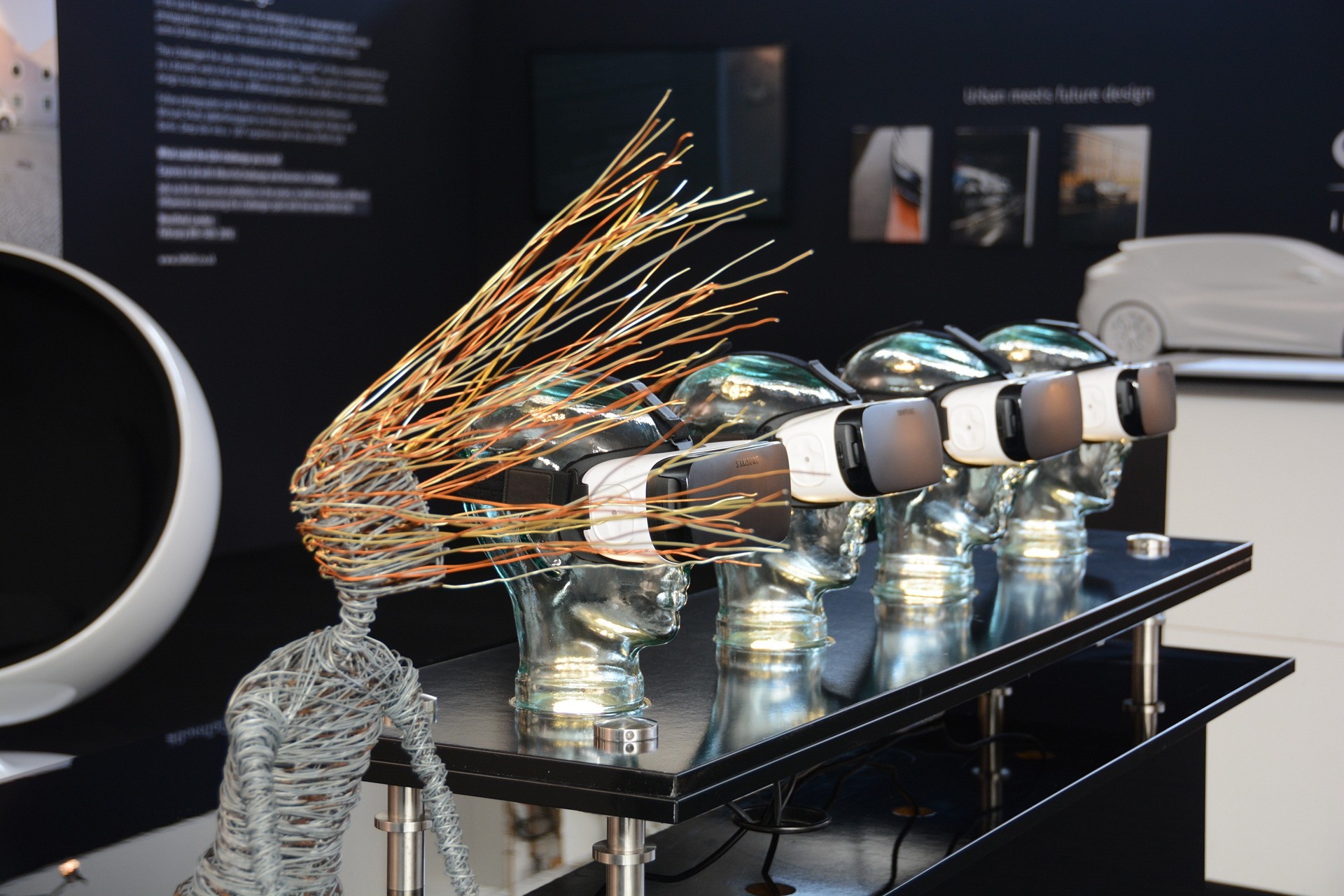 Michael’s images show his adventures around the streets and underground spaces of Berlin taking in the surroundings and atmosphere of the iconic city, alongside a QX30, capturing the moments on his camera and smartphone. These moments are also displayed on one of the Infiniti stand walls. 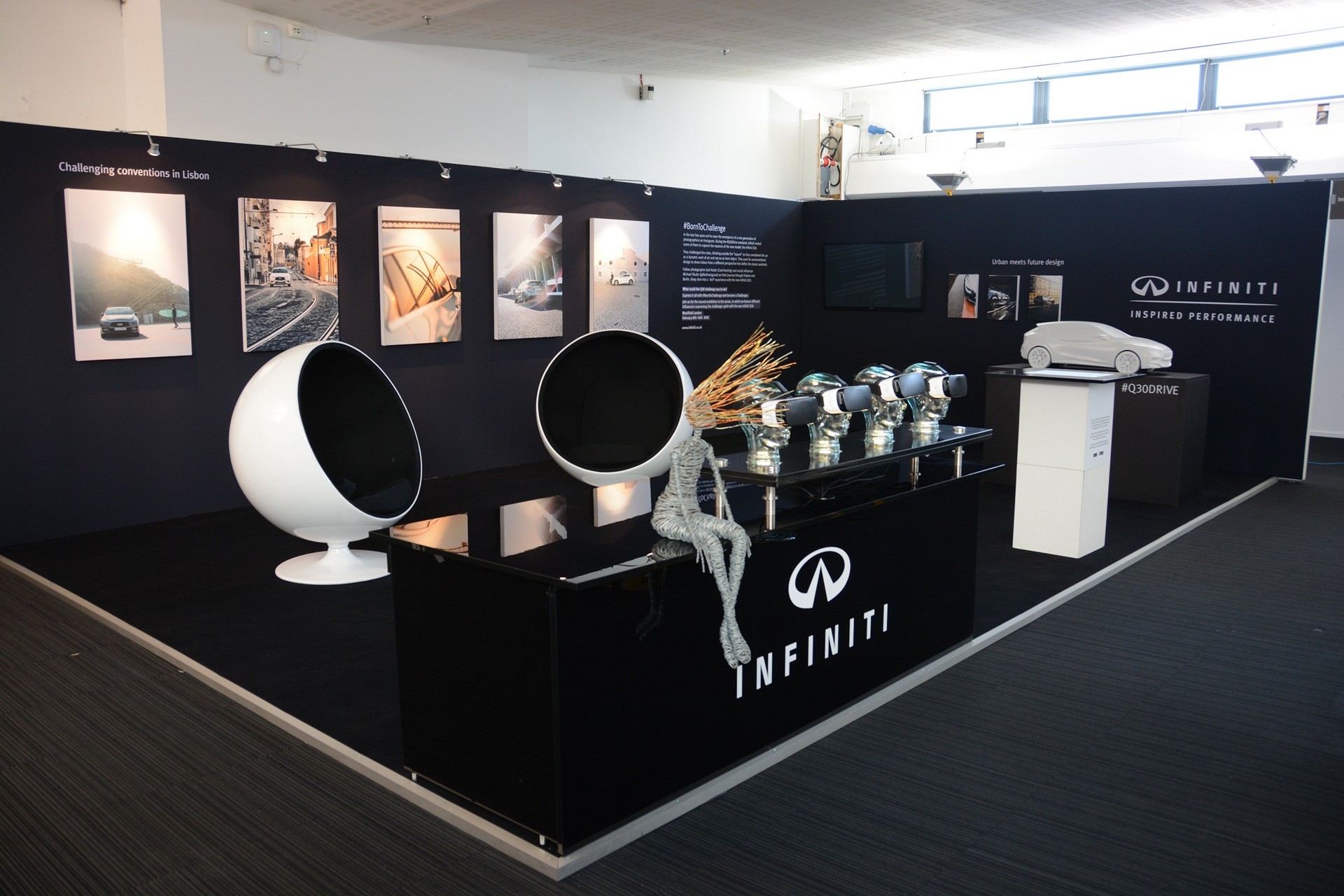 Josh Rubin’s work can be seen with the aid of a supplied video headset on the Infiniti stand, visitors will be able to move their viewing perspective to exactly where they want and get an unparalleled 360-degree view of the Infiniti QX30 and its stunning surroundings as Josh drives through Krakow. Josh is the founder and editor-in-chief of cool hunting.com, an award-winning online publication that showcases the latest in design, technology, style, travel, art and culture. A trained interaction designer, editor and photographer, Josh is based in NYC but often travels the world to uncover his next inspiration. 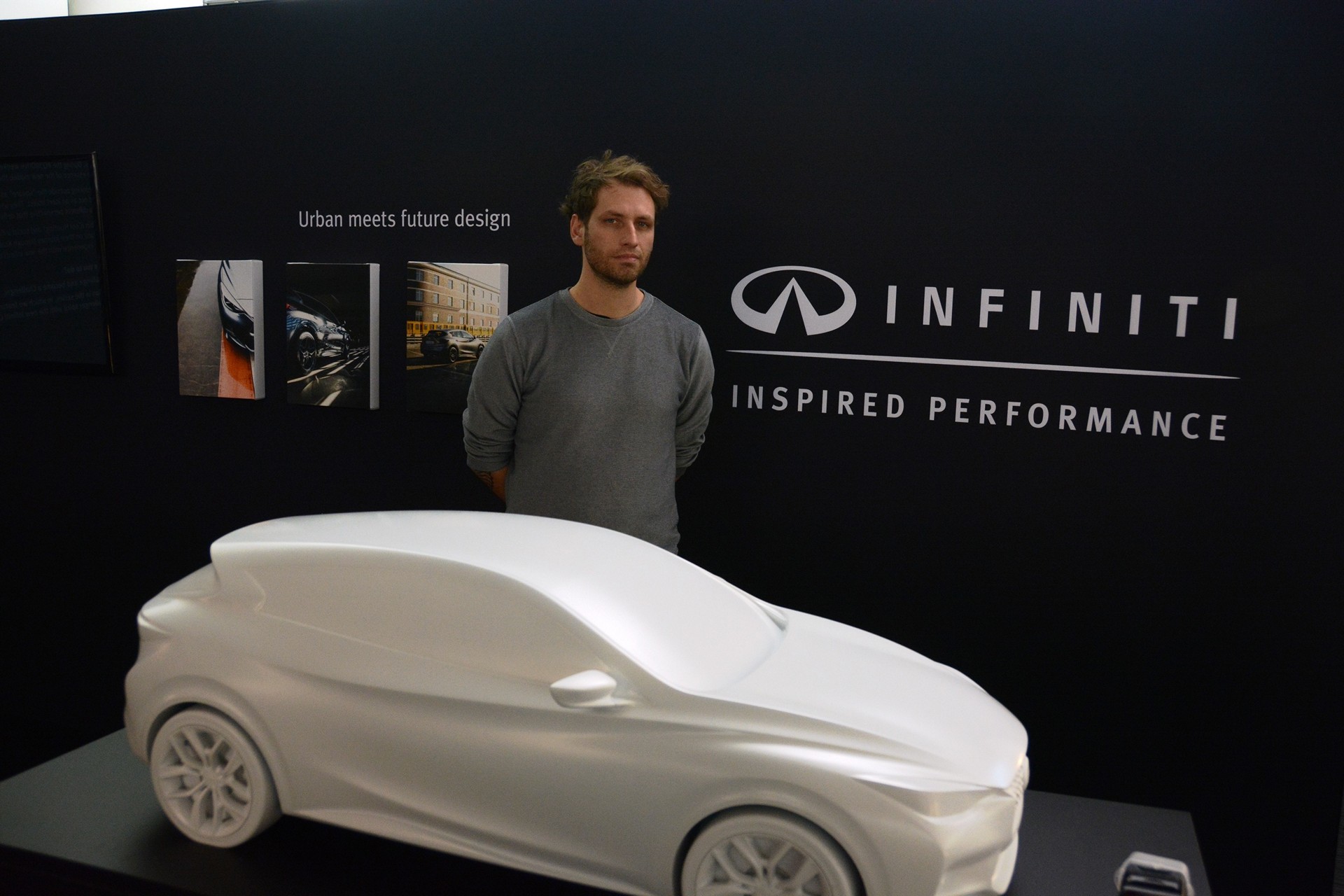 The Infiniti stand (S6) can be located on Gallery Level 2 of London Art Fair 2016, adjacent to its curated Photo50 exhibition.

During VIP day and throughout the rest of the week all invited VIP guests of the Fair and its exhibiting galleries are provided with a chauffeur driven Infiniti to deliver them to and from the venue in premium style.