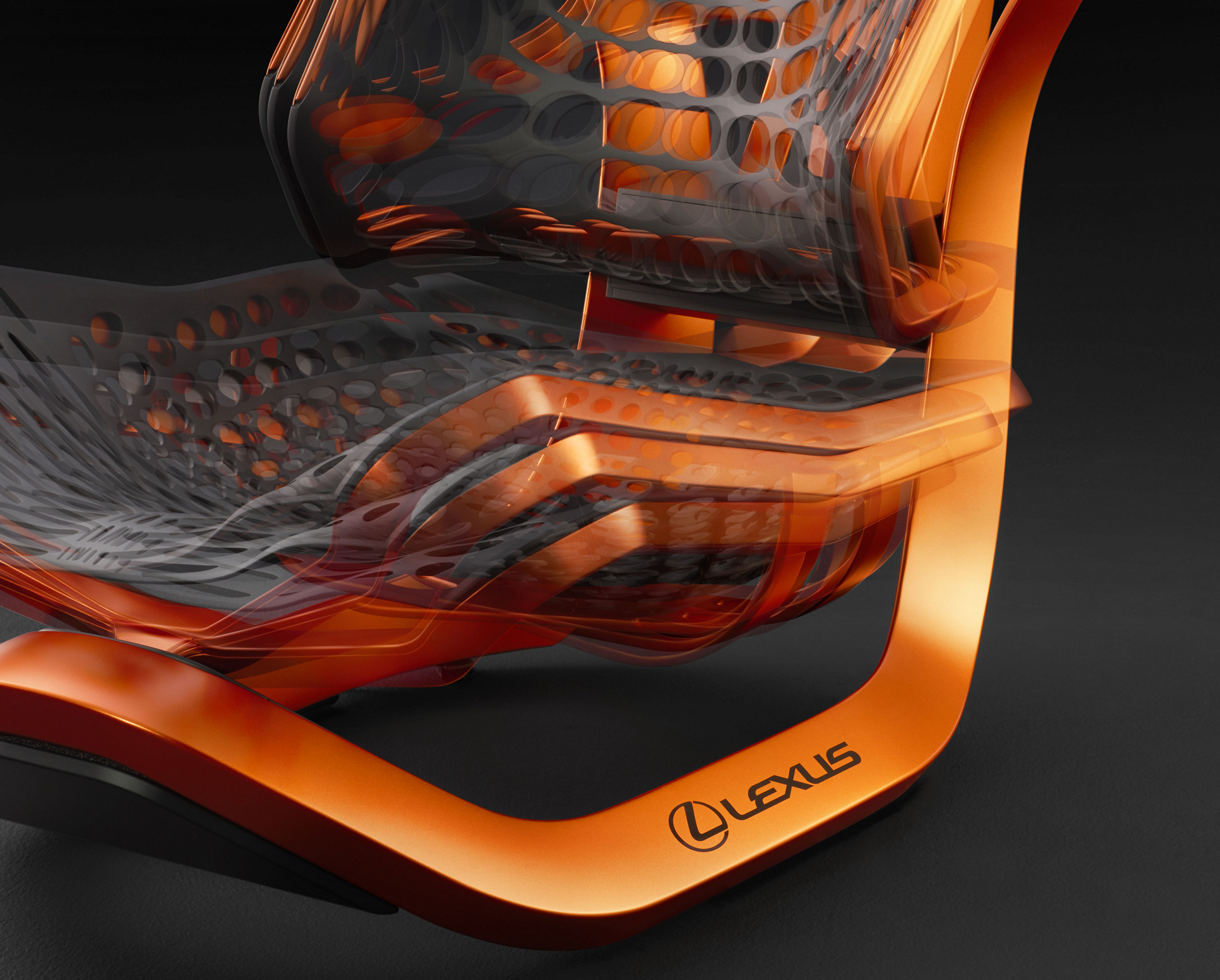 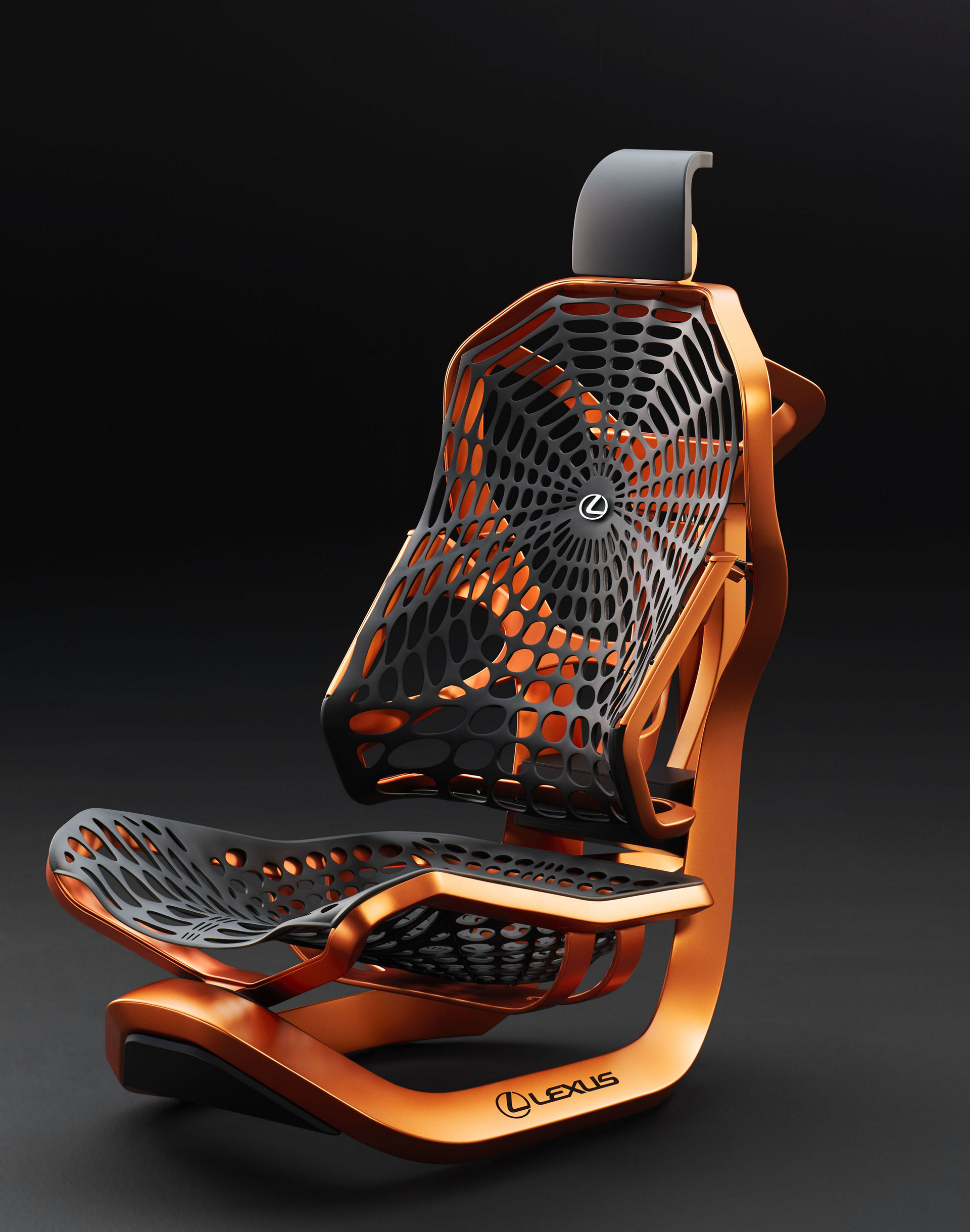 Lexus today announced it will debut the Kinetic Seat Concept at the 2016 Paris Motor Show, as a standalone display. Other highlights of Lexus at the show will include the Lexus UX Concept car, the refreshed Lexus IS in European premiere, the new Lexus NX Sport Edition, and the brand’s new flagship coupe, the LC.

Movable Seat Cushion and Back Rest 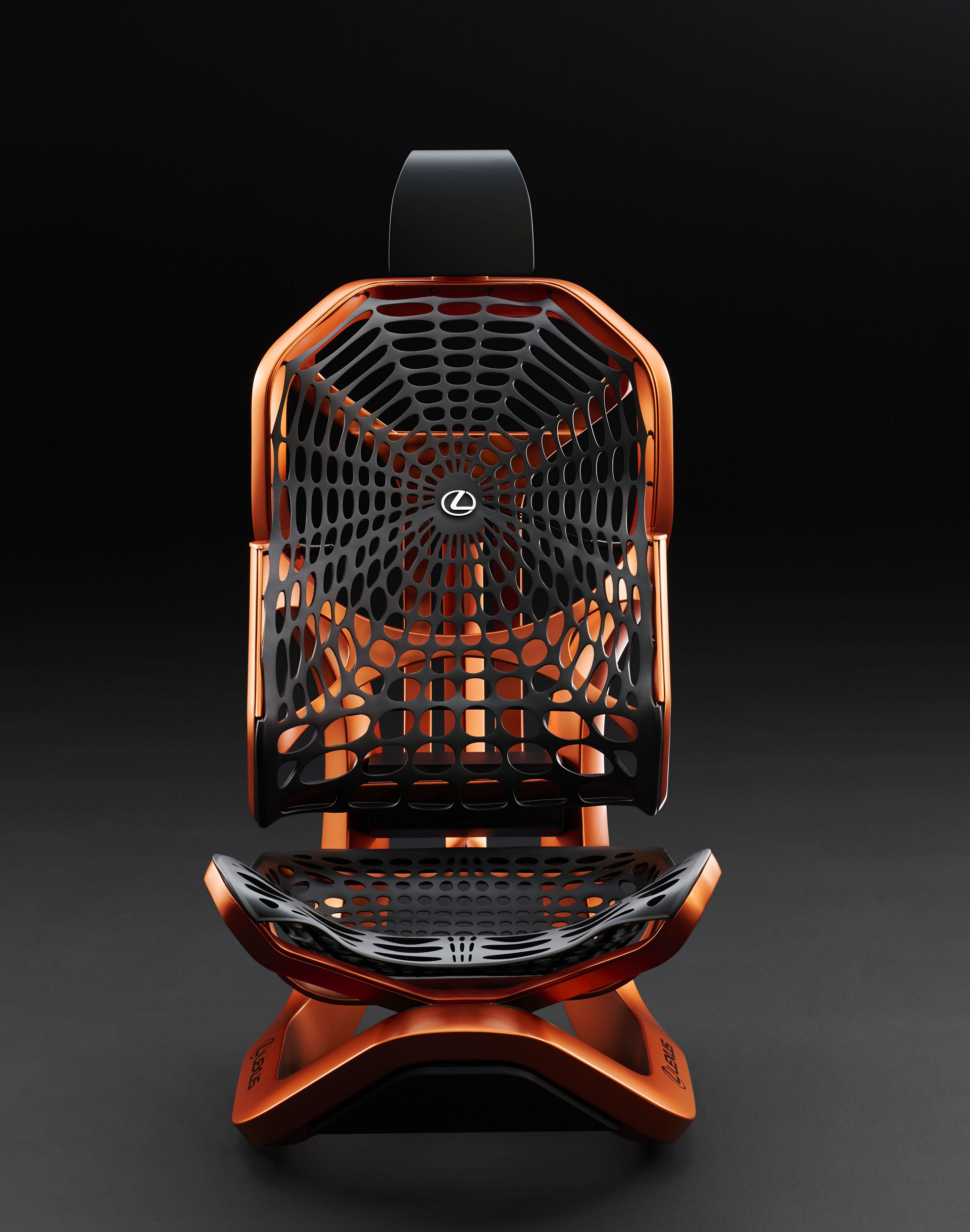 In humans, the spine acts to stabilize the head. It allows the pelvis and chest to rotate in opposite directions, stabilizing movement of the head even while walking or jogging. In order to recreate this movement in car seats, the seat cushion and back rest were designed to move kinetically with occupant weight and external forces. Thus, simply sitting in the seat helps stabilize head movement caused by vehicle motion, keeping the field of vision steady. This reduces the burden on occupants, improving ease of driving and comfort. 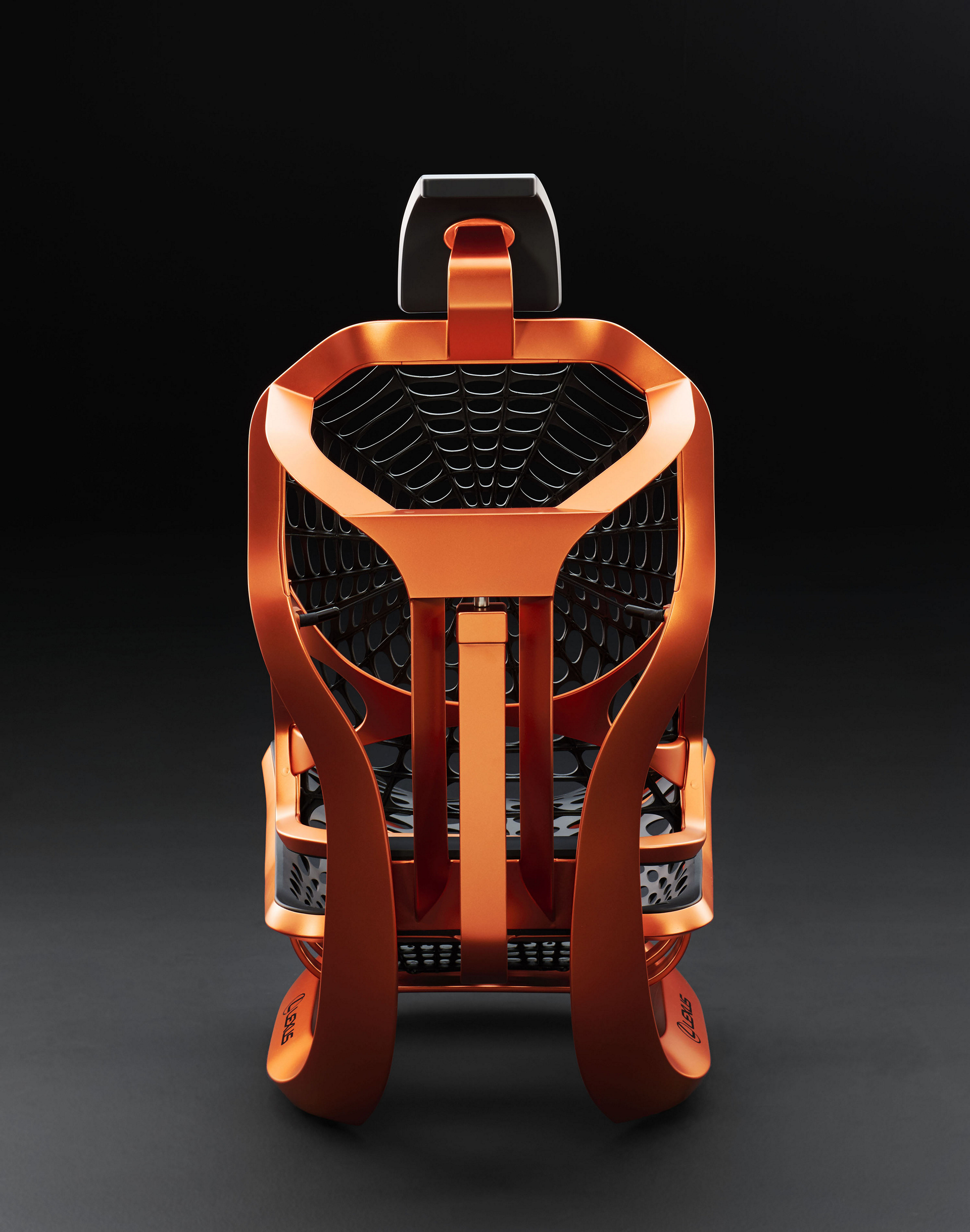 The seat frame “upholstery” comprises a spider web-pattern net with threads that spread out radially from the center of the back rest. The net is sufficiently flexible to closely fit body shape, dispersing the load to help make it possible to sit comfortably for prolonged periods. The center of the back rest is at shoulder blade height, which induces rotational movement of the chest around the seat’s pivotal axis. This helps to stabilize the head and thus helps to ensure a high level of support. The seat has also been made slimmer, making the overall car lighter in weight. 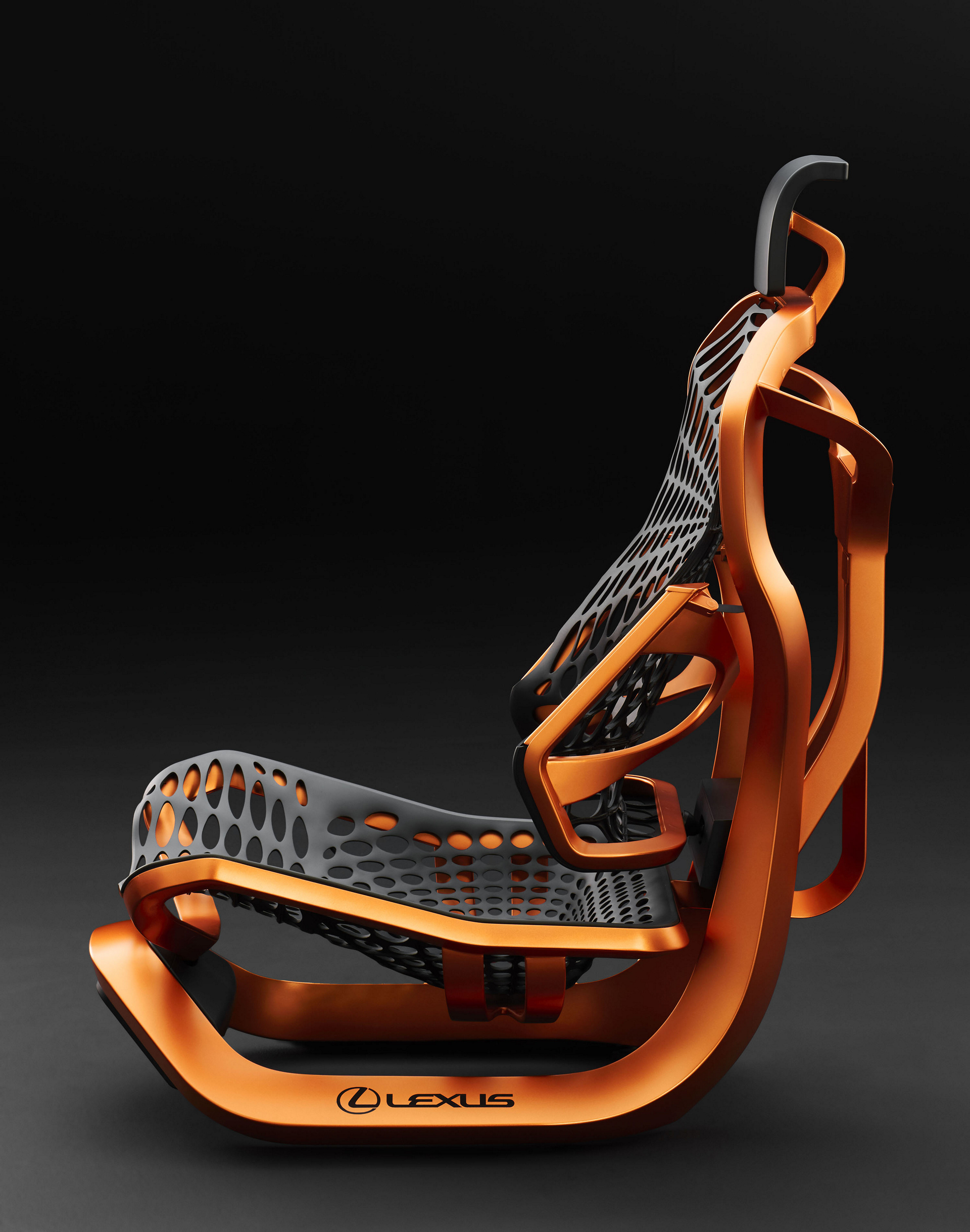 The threads at the back rest of the spider web-pattern construction are made from environmentally-conscious synthetic spider silk materials* instead of petroleum-derived materials. The main component of this material is protein, which is created through microbial fermentation, then spun and processed into a new material offering superior shock absorbance properties. 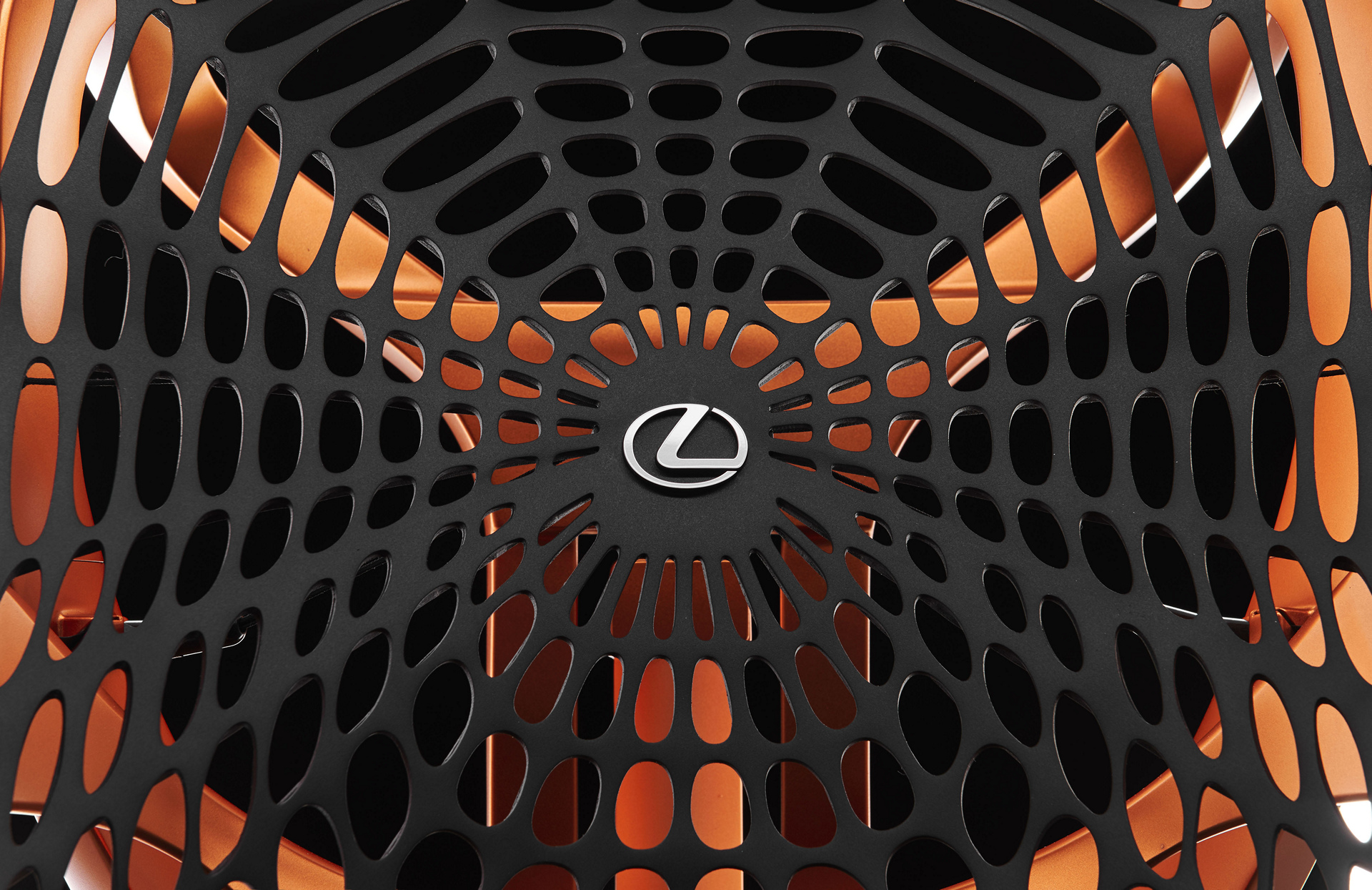 The Lexus Press Conference will take place on September 29 at 13:30 pm CEST at the Lexus stand in hall 4.