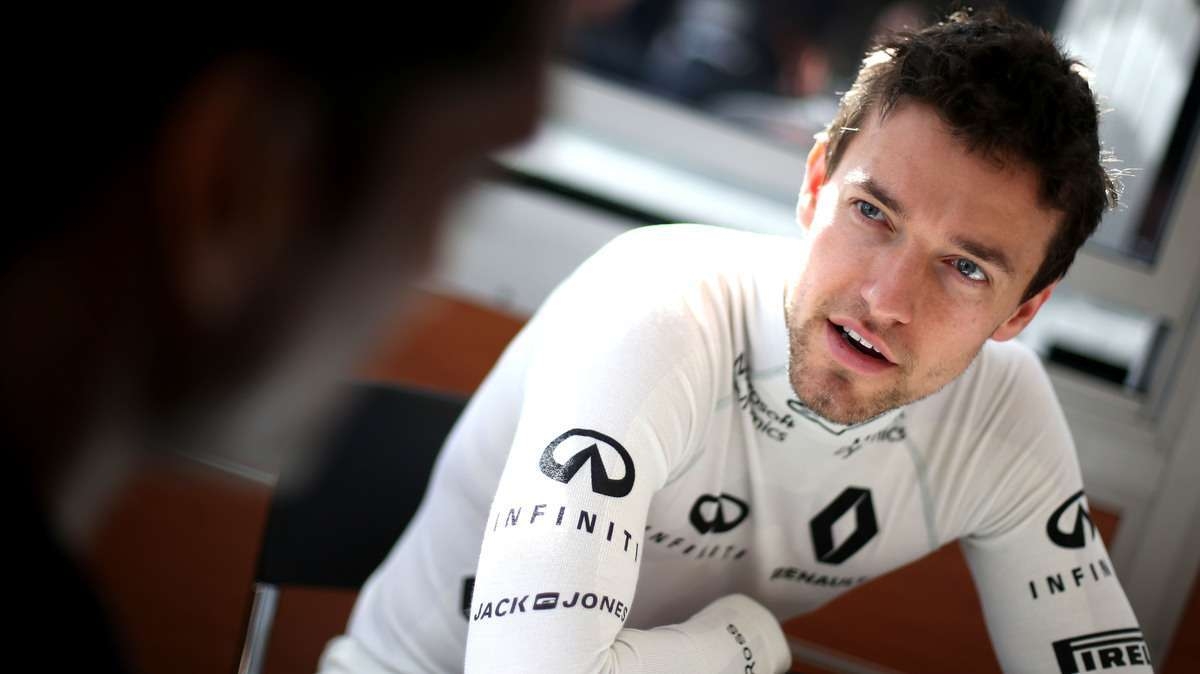 Ahead of the 2016 Formula One season opener in Australia, we talk with Renault-Sport F1 driver Jolyon Palmer and get his take on the new Renault team and the upcoming F1 season opener.

Q1: What is your approach to the season?

Palmer: To be as prepared as I can be and deal with the challenges as they arise. It’s been good to have the winter break to get myself in a very good place mentally and physically. My winter training’s been really intense and positive. When you’re unable to drive the car, it’s good to be able to work on your fitness. Unfortunately I’ve had to contend with the British weather, so I’ve done quite a bit inside in the gym. I’m a bit of a fair weather player, but I have been outside running when it stops raining.

Q2: How would you sum up your winter testing?

Palmer: We had some frustrations, but in the end we managed to get some good performance running in. I was unlucky in that every day I picked up a problem, which has cost us a few hours. It’s not what you want when you’re a rookie, but all the same I have done a reasonable amount of laps, and Kevin has had four very good days so we have been able to gather a lot of information on the car. We know it is a strong basis to start from, and we’ll keep working to deliver more performance.

Q3: How important do you think last year’s free practice outings are for you?

Palmer: It’s important, as there are a lot of procedures and the cars are very technical to drive, so it has been a big help to have the experience of last year to fall back on. Even though I did not get the greatest amount of laps in testing, I don’t feel too behind and know that when we turn up in Melbourne it will be OK.

Q4: What are your expectations for Melbourne?

Palmer: I am really looking forward to Friday when the 22 cars are out on track pounding round. I think everything will be ready. We always keep working on performance, but when it comes to a race weekend you give it your all to achieve a good result. It will be busy for us in the race but I feel I’m in an OK position right now.

He rose to Formula 1 on the back of his 2014 championship-winning GP2 season, as he became the first British driver to win the F1 feeder series since Lewis Hamilton in 2006. Driving for the successful French team DAMS, the now 25-year-old set a new record for the greatest number of points scored in a season with 256 points. He qualified on the front row seven times, won four races (at Bahrain, Monaco, Monza and Sochi) and secured an additional eight podium placings to win the championship with three races to spare.

Prior to GP2, Jolyon enjoyed an outstanding season in the 2010 FIA Formula 2 Championship where he finished runner-up after dominating the first half of the campaign. He pushed eventual champion Dean Stoneman all the way until the final round of the season, scoring five wins, ten podiums and five pole positions.

Champion with four wins, eight podiums and a series record of 256 points and 19 consecutive points finishes in 2014 to round off his GP2 season in style. The Brit had made his GP2 debut back in 2011, scoring a top ten finish on his debut at Abu Dhabi and continued to score highly in his first year. The following year, Jolyon partnered current Sauber driver Marcus Ericsson at the iSport International team. Electrical issues blighted his early season although a change of chassis fired Jolyon to a point-scoring sixth place in Monaco soon after before winning the following sprint race, also in the principality. 2013 proved a good precursor to his championship-winning season, grabbing the feature race victory in Hungary, dominating in Singapore and finishing seventh overall in the standings.

Jolyon took a best finish of sixth in his first year, and began his second year with victory at Silverstone as he became the first British F2 winner since his father Jonathan at Mugello in 1983. He continued to impress and had the championship lead by the third round at Monza before eventually slipping to second behind Dean Stoneman.

Jolyon finished 12th on his debut at Silverstone before improving to take wins at Brands Hatch and Oulton Park. A quad bike injury stopped him finishing his first season but he recovered to challenge for the title in 2008, eventually finishing third after winning at Spa and taking 11 podium finishes.