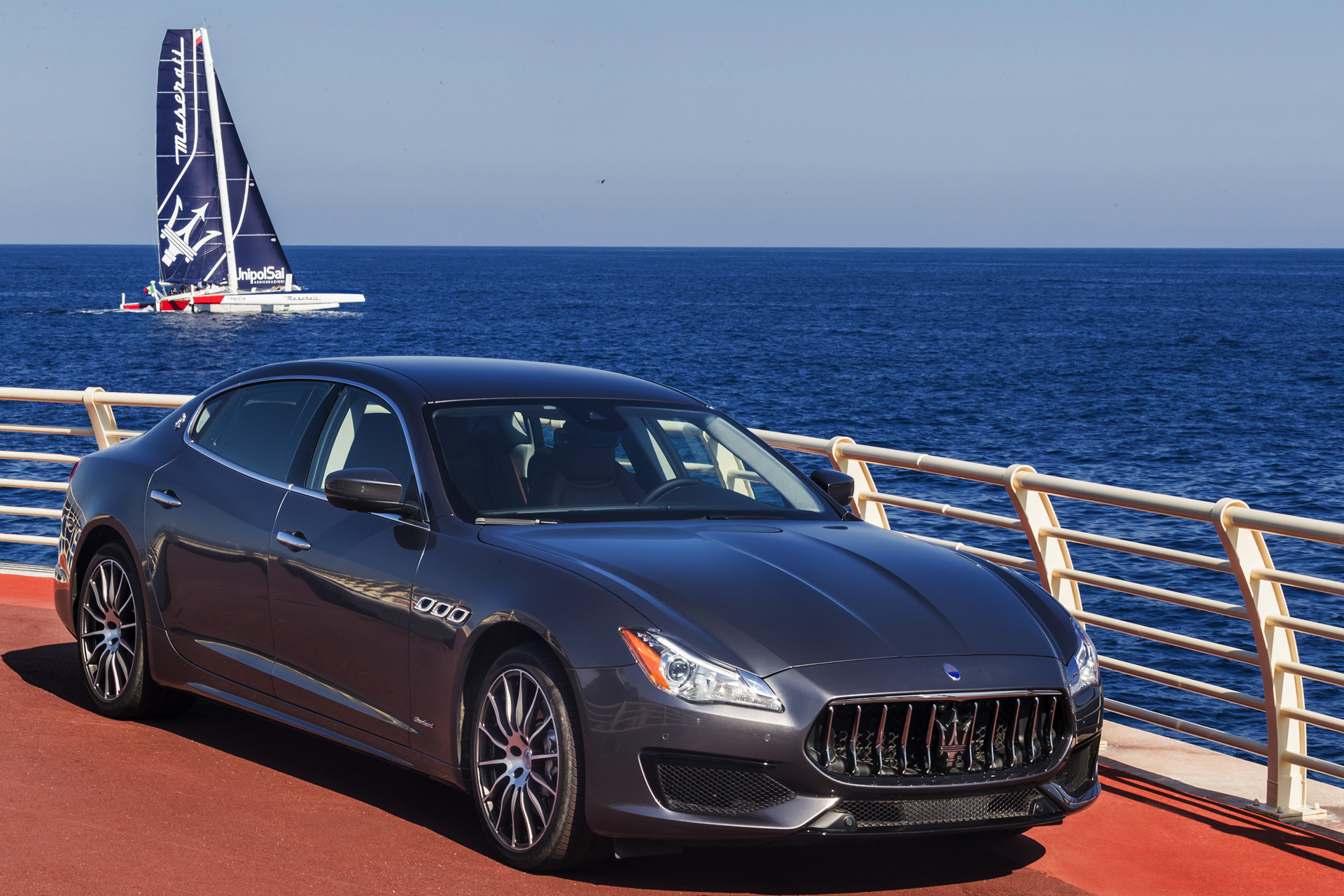 The 2016 season is getting underway on something of a high note for Giovanni Soldini and his partners with the move from their previous monohull to the new Maserati Multi70 trimaran. This faster, more modern craft will allow Soldini and his crew to tackle new records and compete in prestige competitions of the likes of the Rolex Middle Sea Race in October and the RORC Transatlantic Race in November.

Flanking Giovanni Soldini this new season are Maserati, returning as main sponsor for the fifth consecutive year, and UnipolSai Assicurazioni which will be playing a more prominent sponsorship role in the project than last season. Also renewing their support as official challenge suppliers are: Ermenegildo Zegna for clothing and Boero Bartolomeo S.p.A. which supplies hull paint and enamels. 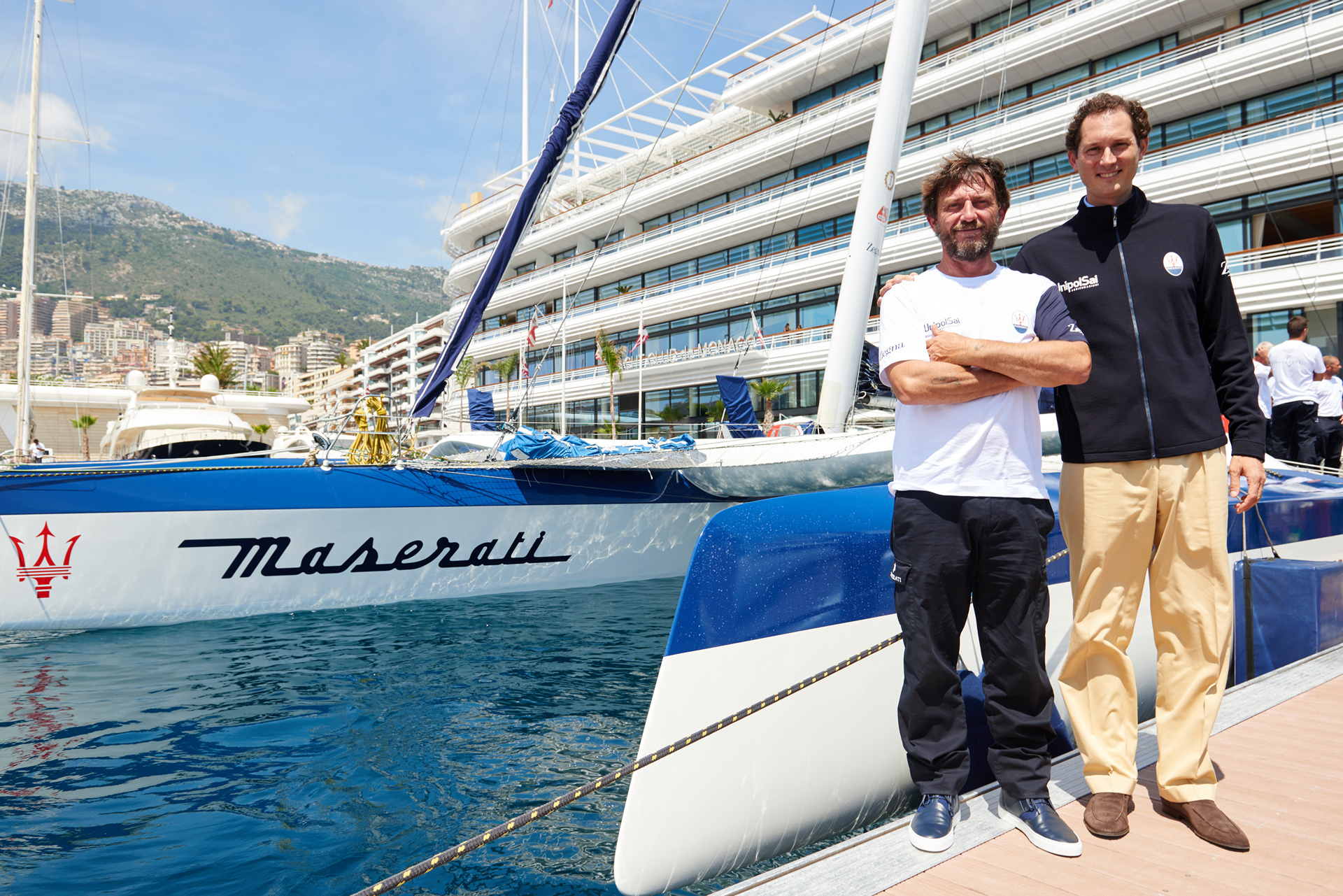 After an extremely busy and satisfying three years that saw them clock up an impressive number of nautical miles with the monohull Maserati VOR70, Soldini and his team will henceforth be sailing aboard Maserati Multi70, a cutting-edge, very high performance trimaran capable of making extremely fast speeds. Stretching 21.2 metres in length and 16.8 in the beam with a 29-metre mast, Maserati Multi70 can rise up off the water on her rudders and foils, significantly reducing her wetted surface area to the benefit of performance. The trimaran was originally penned by the VPLP (Van Peteghem Lauriot-Prévost) studio and optimised by Team Gitana in collaboration with Guillaume Verdier. 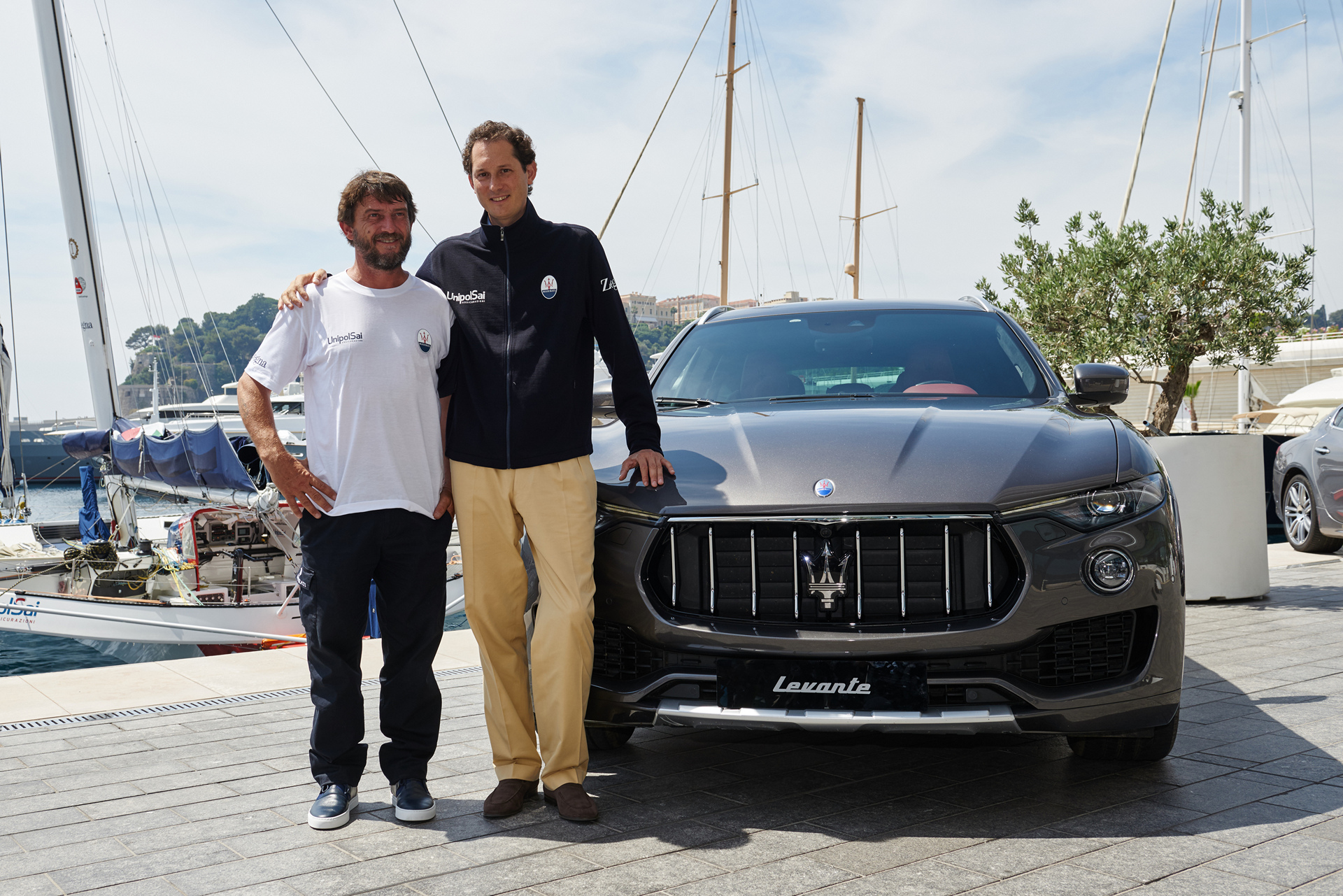 “We are just starting to discover Maserati Multi70’s potential. The passage from Lorient gave us our first taste: it was a positive and very enlightening experience,” commented Giovanni Soldini.

“This craft’s innovative character is all down to her appendages. Team Gitana transformed the starboard side with an L-foil and got her flying but always in sheltered waters.

We are now trying to find out if and how it is possible to do the same in a moderate swell. Clearly that will involve a lot of research and development work that we’ve only just begun but what we’ve seen so far is really enthusing us already”.

In September, Maserati Multi70 will be on stand-by in Monte Carlo for the perfect weather window for an attempt to set a new multi reference time between Monaco and Porto Cervo, a 195-nautical mile route. The current record is held by the monohull Esimit Europa 2 which covered the distance in 10 hours, 13 minutes and 42 seconds in 2012, making an average speed of 19 knots.

The second challenge of the season is also the most important as the Rolex Middle Sea Race is one of the great classic offshore races. Launched in 1968 and now on its 37th outing, it has attracted some of the leading names in international sailing over the years. The 608-nautical mile route starts and finishes from Malta and involves an anticlockwise circumnavigation of Sicily with the Aeolian Islands, the Egadi Islands, Pantelleria and Lampedusa to port of the fleet. The current race record was set by Rambler (USA) in 2007: she covered the 608 nautical miles in 47 hours, 55 minutes and 3 seconds.

Maserati Multi70’s third and final challenge of the year is the RORC Transatlantic Race, which starts from Lanzarote in the Canaries on November 26 and also marks her ocean debut. The fleet will cross the finish-line at Grenada in the Caribbean after around 3,000 nautical miles of sailing.