Maserati: The Third Edition of the Paris-Modena Ride Gets Underway 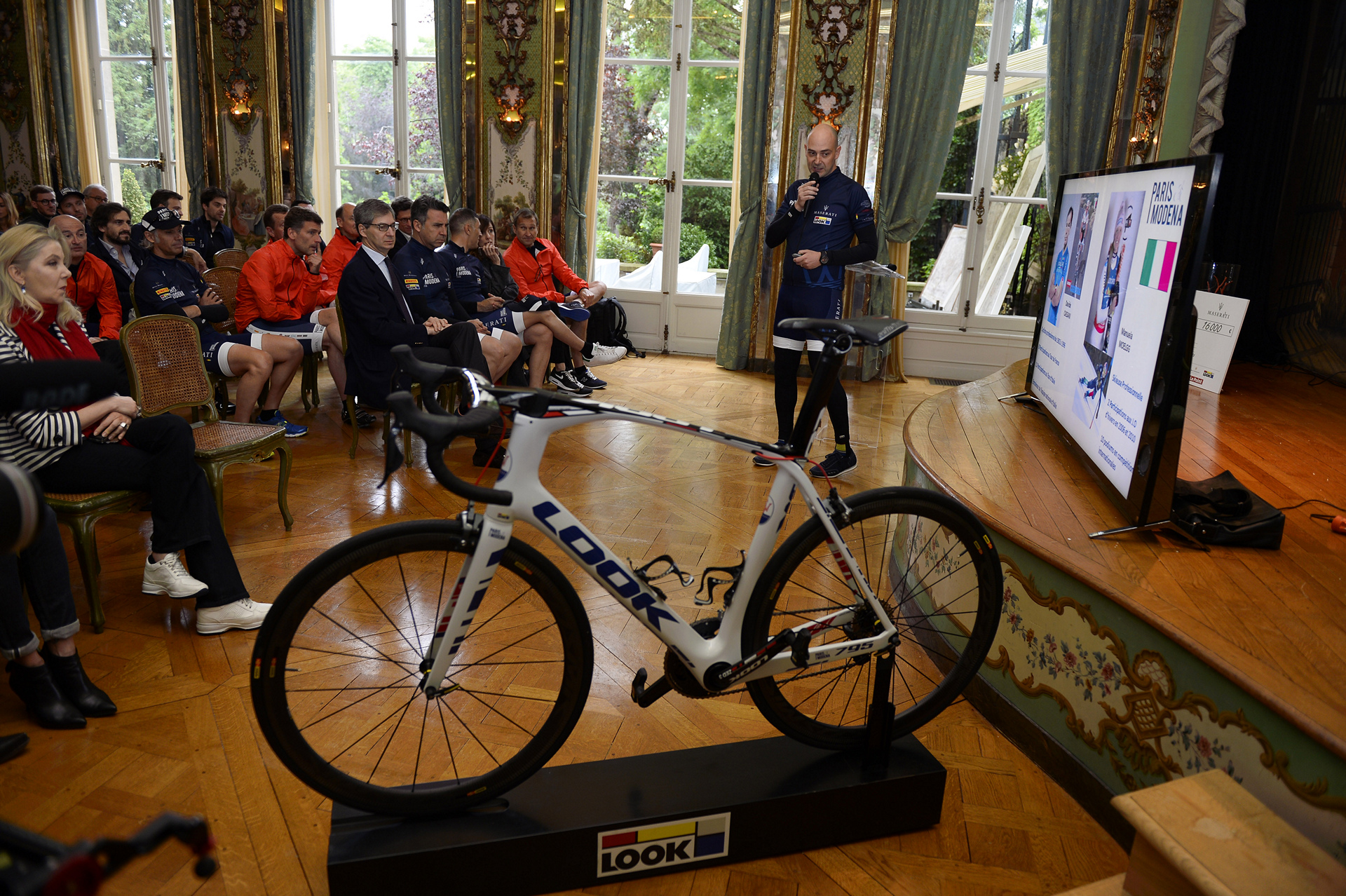 For the third consecutive year, Maserati is organising the Paris-Modena charitable fundraising cycle tour, an event for sportsmen and others who love a challenge.

The Tour started today from the Italian Embassy in Paris, in the presence of H.E. the Italian Ambassador to Paris Giandomenico Magliano, and will finish at the historic Maserati headquarters in Modena on 9 June. Apart from the personal challenge faced by all those taking part, every kilometre travelled by bicycle will raise funds for the “Rêves” charity. Press Conference before the start of the Paris Modena (in the picture from the left Guido Giovannelli, Head of Maserati West Europe and H.E. the Italian Ambassador in France Giandomenico Magliano) © Fiat Chrysler Automobiles N.V.

In addition to the participation fee of 3,200 Euro, the 35 cyclists on the Paris-Modena have made a donation of 600 Euro each, meaning 1 Euro for every kilometre travelled by bike, to the “Rêves” Charitable Association. The route, which will alternate cycle stages with sections travelled by car, will lead over roads carefully chosen to allow the participants to enjoy splendid views.

From the Embassy, in the afternoon the cyclists will reach Orléans, from where they will travel by plane to the Le Castellet circuit.

On Sunday 5 June they will continue their journey, first by bicycle as far as Saint Tropez and then on board a fleet of Maserati cars to the Principality of Monaco, where they will spend the night at the magnificent Hotel Hermitage. The 35 Paris-Modena participants on teh start line together with the new Maserati Levante SUV © Fiat Chrysler Automobiles N.V.

The tour’s third stage will take the cyclists across the Italian border: they will travel to Sestri Levante in the Maseratis and then get back on their bicycles to pedal to the famous marble quarries at Carrara. Overnight accommodation will be at Bolgheri in Tuscany.

On the fourth day, the participants will cross Tuscany to the headquarters of the Cantine Antinori winery, at Bargino, near Florence. They will dine and spend the night at the Tignanello estate, surrounded by the vineyards that yield the multiple award-winning Solaia and Tignanello wines. Participants at the start of the Paris Modena © Fiat Chrysler Automobiles N.V.

The final stage of the tour will cross Florence to Mugello and then on to Modena, to the historic Maserati headquarters. There, the cyclists will have the opportunity of a private tour of the Maserati plant and the Panini Museum, which houses one of the world’s most important collections of Maserati cars.

As for the 2015 edition, Look will be providing bicycles for all the participants and will be creating a special edition for the Paris-Modena: a model 795 in a satiny white colour.

In short, the Paris-Modena, organised by Maserati, is a tour which will enable participants to thrill to the beautiful scenery of French and Italian panoramic roads, travelled by bicycle and by car, while helping the seriously ill children assisted by the “Rêves” charity to see their dreams come true.