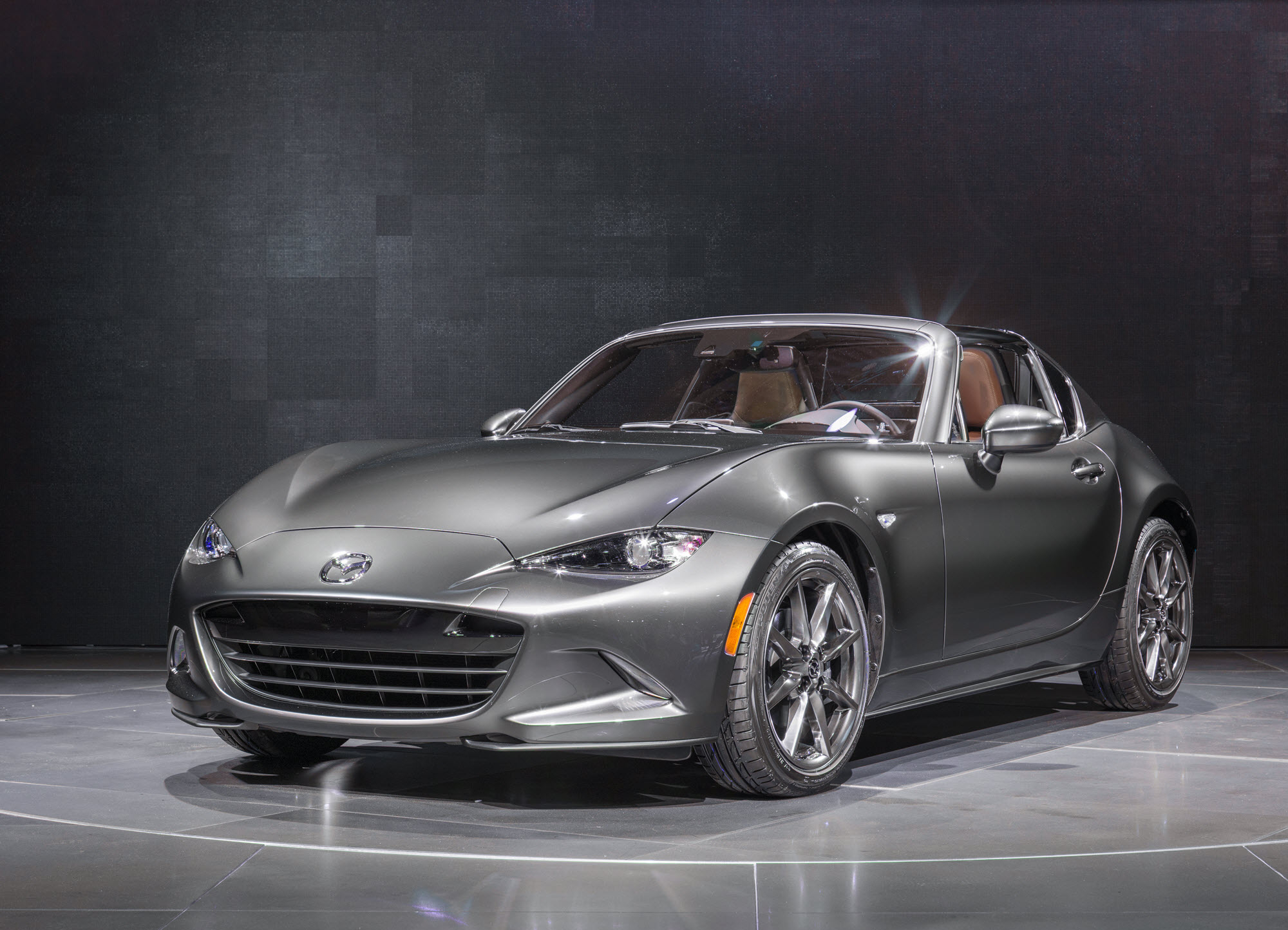 Revolutionary and breathtaking to look at, yet simple and elegant in concept, the 2017 Mazda MX-5 Miata RF made its debut at this year’s New York International Auto Show with rousing acclaim.

MX-5 RF was introduced with a color combination that will be exclusive to MX-5 RF versus the MX-5 soft top: Machine Gray Metallic paint color, Auburn Nappa leather interior trim with a hand-painted black roof panel, based on the Grand Touring trim level.

Now, the show car is set to become the MX-5 RF Launch Edition, limited to 1,000 vehicles in the U.S. and destined for Mazda’s most loyal customers.

Initially, Mazda North American Operations (MNAO) will open up the preorders to a select group of customers who will be notified via email and will have a specific window of time to preorder the MX-5 RF Launch Edition before ordering opens to the general public. Customers who opt to purchase an MX-5 RF Launch Edition will have but one option available—SKYACTIV-MT six-speed manual or a six-speed automatic transmission—with each vehicle being made to order.

“MX-5 has enjoyed 27 years of being the world’s best-selling roadster, being named 2016 World Car of the Year and World Car Design of the Year and receiving hundreds, if not thousands, of other accolades,” said Robert Davis, senior VP, U.S. Operations, MNAO. “Rarely does any automaker have a vehicle that garners the sort of loyalty and enthusiasm MX-5 generates—something we don’t take lightly. MX-5 RF is the next chapter of this storied model line, and we can’t think of a better way to give back than to first offer this bespoke Launch Edition to those who have stuck with us, believing in our mission to deliver the best-driving vehicles on the road.”

Outside of the exclusive color combination, MX-5 RF Launch Edition customers will receive a custom-designed, numbered 42mm Tourneau watch to complement their cars.

For those who may miss out on purchasing an MX-5 RF Launch Edition, other retractable fastback models will be available with many of the same colors and interior combinations—just not the Machine Gray Metallic exterior color on the Grand Touring trim level with the black roof, Auburn Nappa leather interior and badging. While the 2017 MX-5 RF Launch Edition is based on the Grand Touring trim level, other MX-5 RF models are expected to arrive at U.S. dealerships in the first quarter of 2017 in either Grand Touring or Club trim levels.

Specific timing for MX-5 RF Launch Edition ordering, as well as pricing, will be announced in the coming weeks.