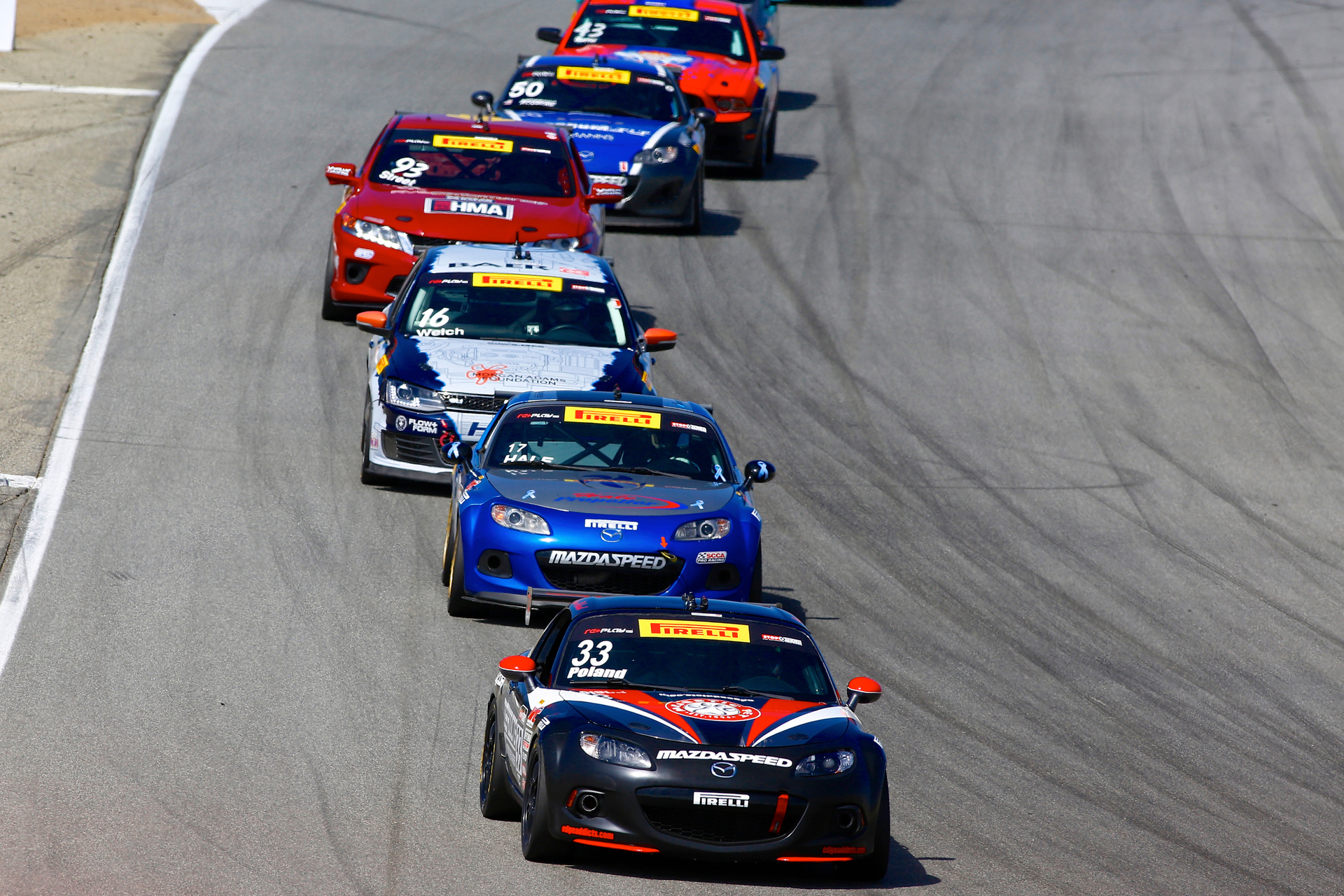 Twenty-four Mazda race cars are ready for the season opening rounds of the 2016 Pirelli World Challenge (PWC) at the Circuit of the Americas (COTA) in Austin, Texas, on March 3-5. Independent Mazda racers will be challenging for drivers championships in the Touring Car (TC), Touring Car A (TCA) and Touring Car B (TCB) classes.

John Doonan, director of motorsports, Mazda North American Operations said, “Thanks to great customer support, our Mazda entries have doubled since last year. With the launch of our new Battery Tender Global Mazda MX-5 Cup Presented by BFGoodrich Tires, for the fourth generation MX-5, the TCA class looks to be the ideal place to race the third-generation MX-5 Cup cars.”

Notes from the Mazda paddock include:

Each event is a double-header, with two races per weekend, for a 12-race season.