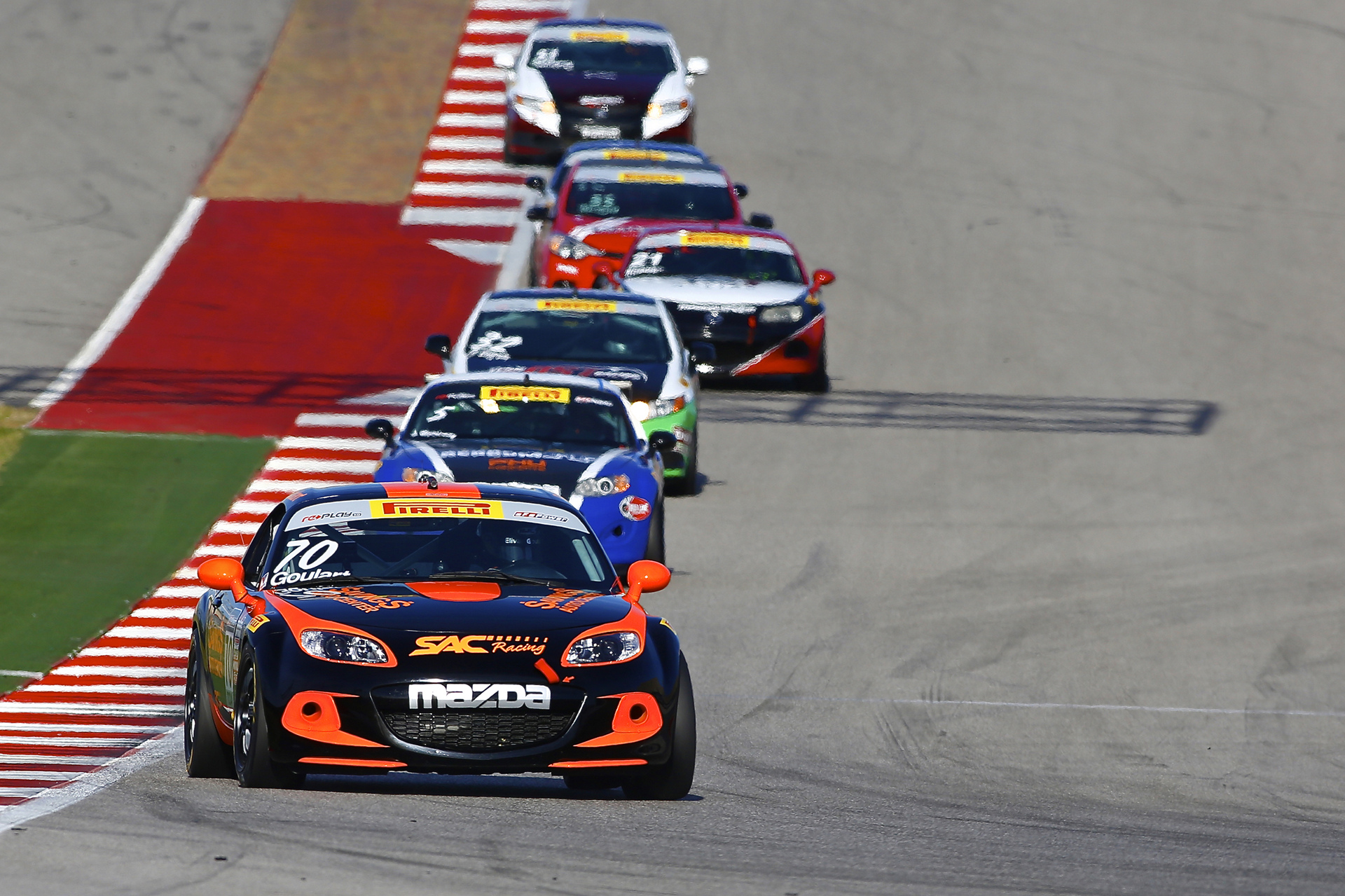 After the season opening double-header for the 2016 Pirelli World Challenge (PWC) at the Circuit of the Americas (COTA) in Austin, Texas, the Mazda tally sheet showed three class wins, eight podium finishes, and three pole positions.

John Doonan, director of motorsports, Mazda North American Operations said, “Congratulations to Elivan Goulart, Ted Hough, and Will Rodgers for great wins at COTA. Thanks to a great effort by all of our customer teams in the Pirelli World Challenge, the season is off to a great start. I’m sure the battle will be fierce all season long until the finale at Mazda Raceway in October”

The top Mazda results were as follows:

This was the first ever professional race weekend for both Rodgers and Morse. Rodgers graduated from the Spec Miata Teen Mazda Challenge, while 15-year-old Morse is coming directly from karting.

Several of the Mazda race cars at COTA carried artwork for the Austin Humane Society (AHS). The AHS sold over $5,000 worth of raffle tickets at the race. First prize in the raffle, thanks to Roger Beasley Mazda, is a 2016 Mazda MX-5.