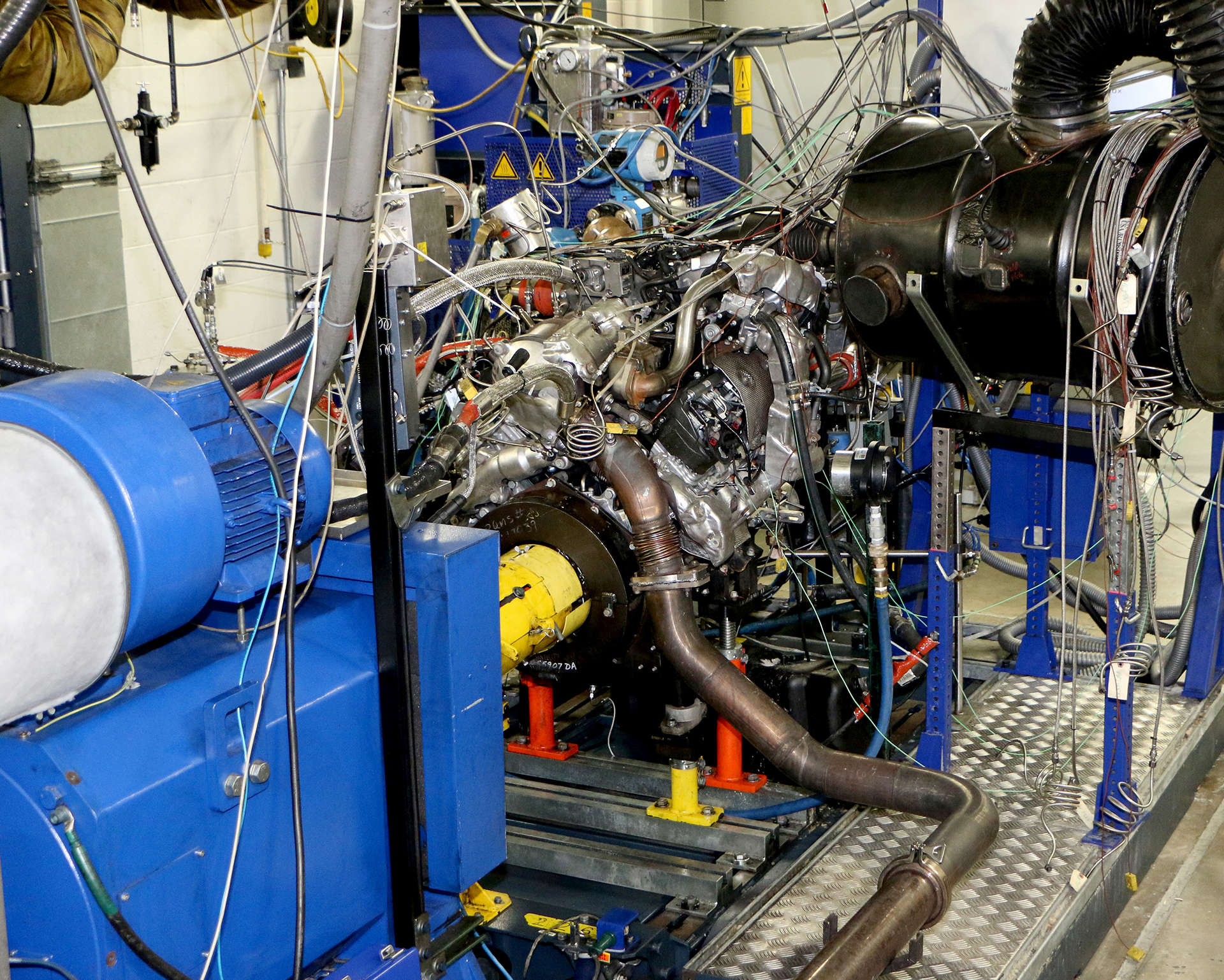 Along with a 19 percent increase in max torque over the current Duramax 6.6L, the redesigned turbo-diesel’s performance is quieter and smoother, for greater refinement. In fact, engine noise at idle is reduced 38 percent. 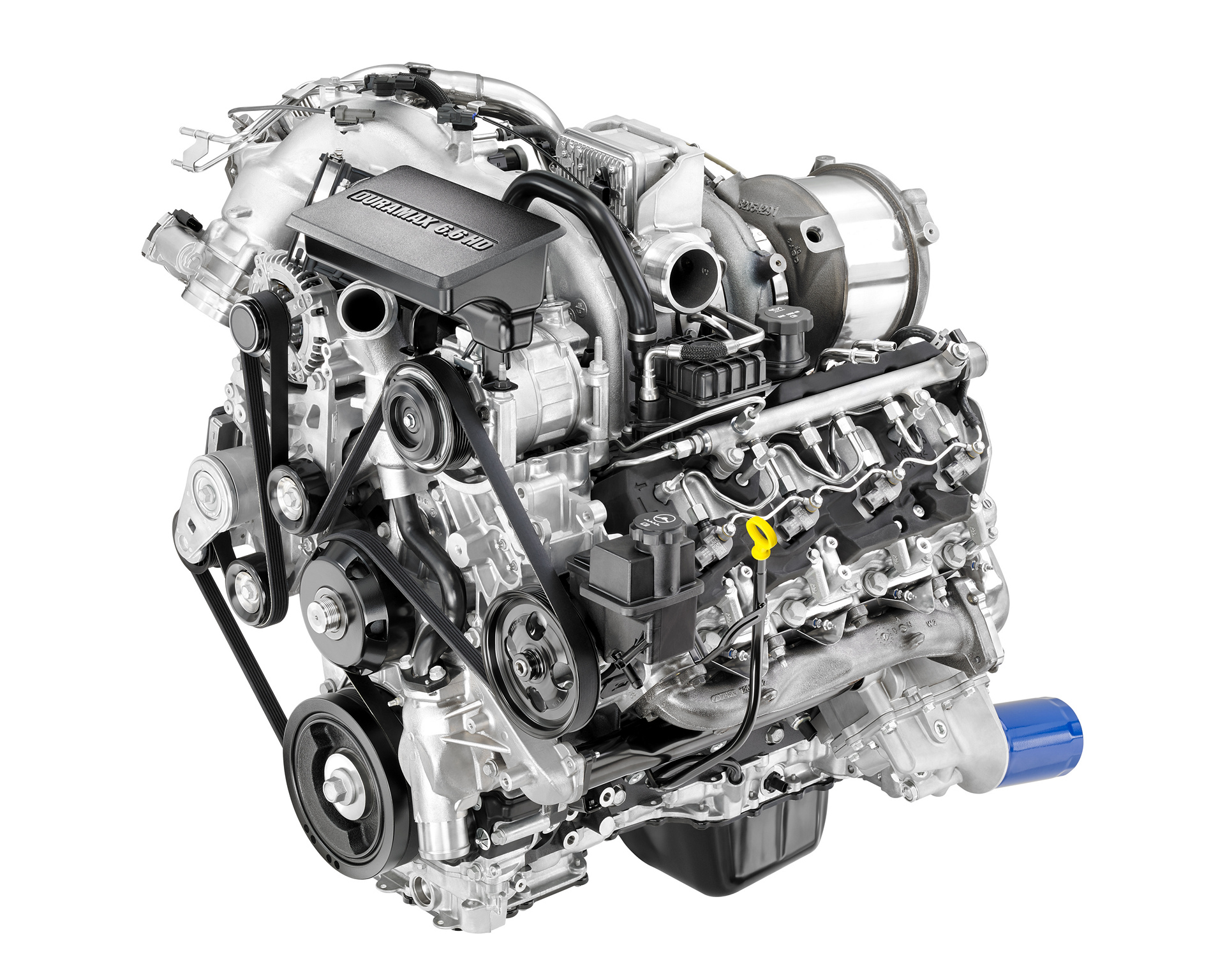 “With nearly 2 million sold over the past 15 years, customers have forged a bond with the Duramax diesel based on trust and capability,” said Dan Nicholson, vice president, Global Propulsion Systems. “The new Duramax takes those traits to higher levels.”

The new Duramax 6.6L shares essentially only the bore and stroke dimensions of the current engine and incorporates a new, GM-developed control system. The Duramax’s signature low-rpm torque production hasn’t changed and still offers 90 percent of peak torque at a low 1,550 rpm and sustains it through 2,850 rpm.

“Nearly everything about the Duramax is new, designed to produce more torque at lower rpm and more confidence when trailering or hauling,” said Gary Arvan, chief engineer. “You’ll also notice the refinement improvements the moment you start the engine, and appreciate them as you cruise quietly down the highway — with or without a trailer.”

A new, patent-pending vehicle air intake system — distinguished on the Sierra HD by a bold hood scoop — drives cool, dry air into the engine for sustained performance and cooler engine temperatures during difficult conditions such as trailering on steep grades. Cooler air helps the engine run better under load, especially in conditions where engine and transmission temperatures can rise quickly. That allows the Duramax to maintain more power and vehicle speed when trailering in the toughest conditions.

The intake design is another example of the advanced integration included in the 2017 Sierra HD that makes it over-the-road capable.

An enhanced oiling circuit, with higher flow capacity and a dedicated feed for the turbocharger, provides increased pressure at the turbo and faster oil delivery. Larger piston-cooling oil jets at the bottom of the cylinder bores spray up to twice the amount of engine oil into oil galleries under the crown of the pistons, contributing to lower engine temperature and greater durability.

A new, two-piece oil pan contributes to the new Duramax’s quieter operation. It consists of a laminated steel oil pan with an upper aluminum section. The aluminum section provides strength-enhancing rigidity for the engine, but a pan made entirely of aluminum would radiate more noise, so the laminated steel lower section is added to dampen noise and vibration.

A tough, forged micro-alloy steel crankshaft anchors the new Duramax’s stronger rotating assembly. Cut-then-rolled journal fillets contribute to its durability by strengthening the junction where the journals — the round sections on which the bearings slide — meet the webs that separate the main and rod journals.

The connecting rods are stronger, too, and incorporate a new 45-degree split-angle design to allow the larger-diameter rod bearings to pass through the cylinder bores during engine assembly. They’re forged and sintered with a durable powdered metal alloy, with a fractured-cap design enabling more precise cap-to-rod fitment.

A new, stronger cast aluminum piston design tops off the rotating assembly. It features a taller crown area and a remelted combustion bowl rim for greater strength. Remelting is an additional manufacturing process for aluminum pistons in which the bowl rim area is reheated after casting and pre-machining, creating a much finer and more consistent metal grain structure that greatly enhances thermal fatigue properties.

A new V employed with the Duramax 6.6L is the first of its type in the segment and is designed to ensure oil control in sustained full-load operation. The totally sealed system collects the fine mist of oil entrained in the blow-by gas and uses a small portion of the boosted air generated by the turbocharger to pump the collected oil back to the engine oil sump for re-use by the engine. Less-sophisticated systems are not able to return this oil during full-load operation, which can result in oil carryover into the cylinders during combustion.

The new Duramax also provides outstanding cold-weather performance, with microprocessor-controlled glow plugs capable of gas-engine-like starting performance in fewer than 3 seconds in temperatures as low as -20 degrees F (-29 C), without a block heater. The system is enhanced with ceramic glow plugs and automatic temperature compensation – a first-in-class feature providing improved robustness and capability. The automatic temperature compensation assesses and adjusts the current to each glow plug for every use, providing optimal temperature for cold start performance and durability.

Additionally, a cooled exhaust gas recirculation (EGR) system enhances performance and helps reduce emissions by diverting some of the engine-out exhaust gas and mixing it back into the fresh intake air stream, which is fed through the cylinder head for combustion. This lowers combustion temperatures, improving emissions performance by reducing NOx formation.

The exhaust is cooled in a unique heat exchanger before it’s fed into the intake stream through a patented EGR mixing device, further improving emissions and performance capability. An integrated bypass allows non-cooled exhaust gas to be fed back into the system to help the engine more quickly achieve optimal operating temperature when cold.

The new Duramax 6.6L is capable of running on B20 biodiesel, a fuel composed of 20 percent biodiesel and 80 percent conventional diesel. B20 helps lower carbon dioxide emissions and lessens dependence on petroleum. It is a domestically produced, renewable fuel made primarily of plant matter — mostly soybean oil.

The proven Allison 1000 six-speed automatic transmission is matched with the new Duramax 6.6L. A number of refinements have been made to accommodate the engine’s higher torque capacity, including a new torque converter.