New England Forest Rally Next Stop for RAV4 to Conquer 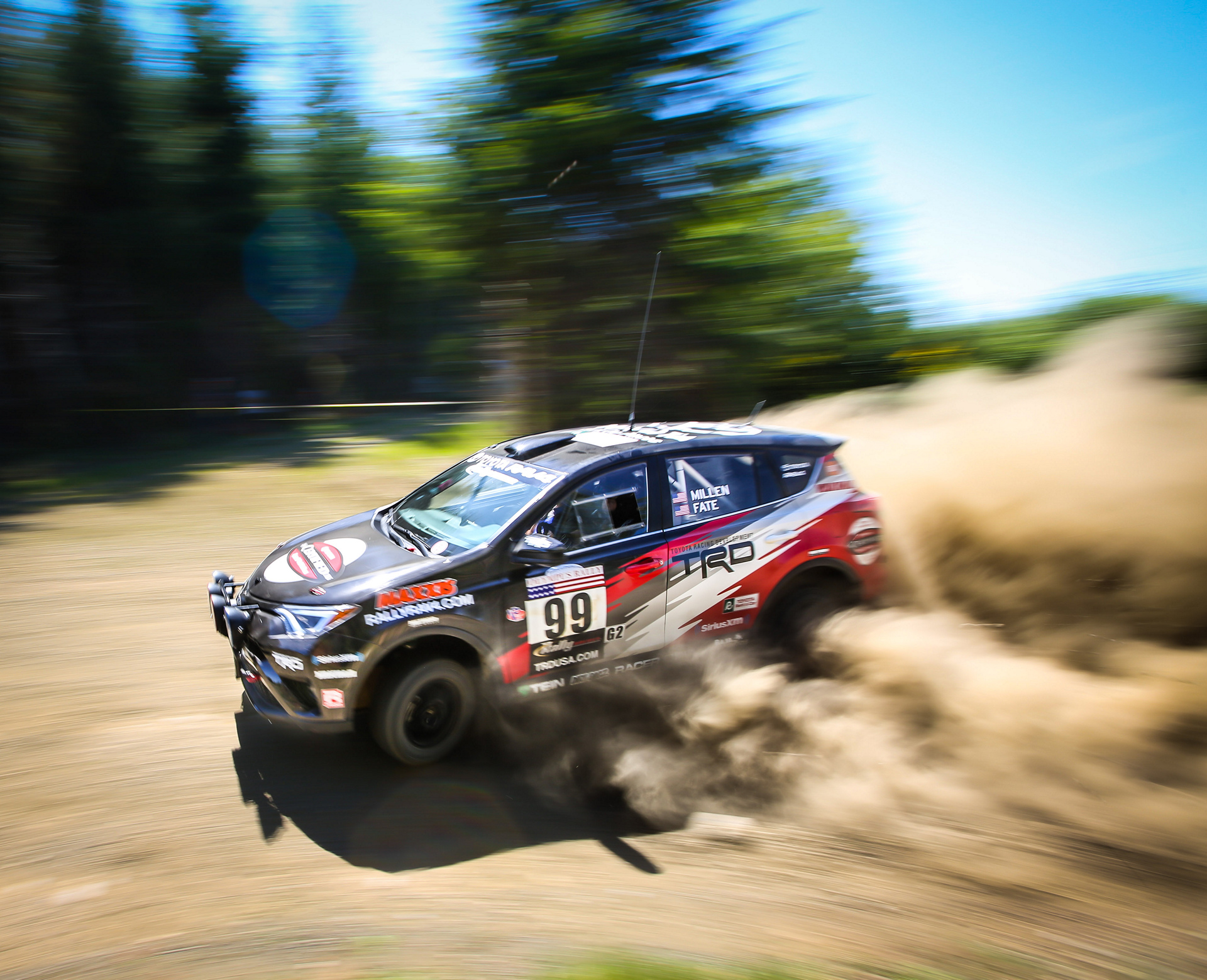 It’s great to be tied for first place. But it’s even better when the lead is all your own. This weekend, at New England Forest Rally (NEFR) in Newry, Maine, Ryan Millen, Christina Fate and the Rally RAV4 are hoping to claim the top spot in the championship standings for the Rally America National Championship. The RAV4 and Millen share the lead with the Ford Fiesta ST of Cameron Steely. Each has 79 points in the 2WD Class

“It’s come down to a three-race championship,” said Millen. “We don’t have the same margin that we had early in the season where a second or third place keeps you in the hunt. We need a win here, and we’re going to push hard, but at the same time make sure we finish.”

NEFR features long, forest-lined logging roads comprised at times by bisecting creeks and tight, one-lane bridges. It’s a technical course that plays heavily to driver skill. Winding creeks and one-lane bridges add to the challenge. Ten stages over two days will have competitors racing over 100 miles, so consistency will be key. 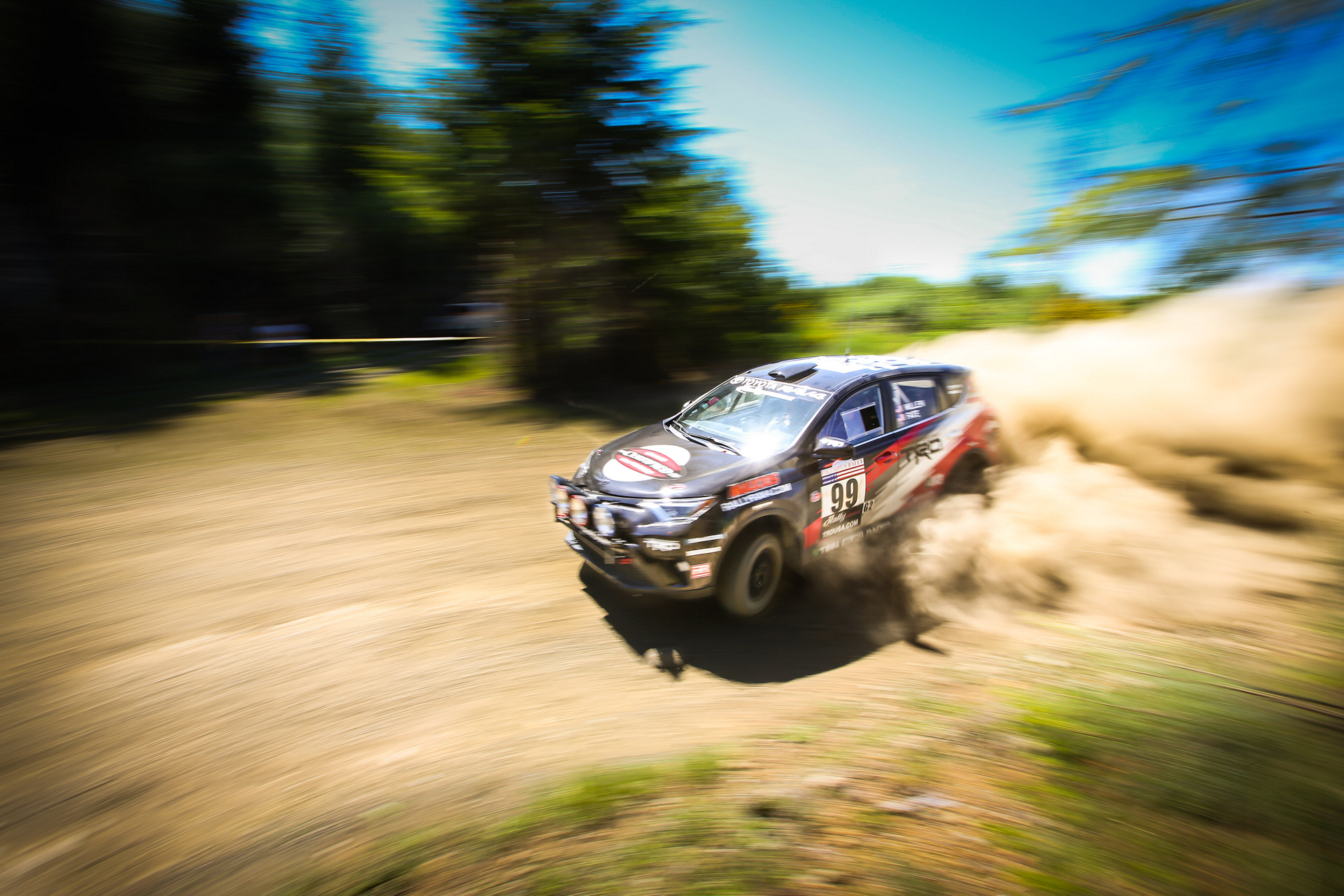 “I think it’s so cool to have this fierce competition,” said navigator, Fate. “In theory, this could come down to the very last race. That makes for an exciting story!”

The team has done extensive prep on the RAV4 including the replacement of control arms, bearings, bushings, uprights, axles, and more. Significant time and attention has been spent making the transmission cooler even more efficient. Perhaps most exciting are some key changes to the shock absorber package which Millen is hopeful will allow him to wring out extra speed in corners.

The starting order is always important to the team, and for this race, Millen and the RAV4 are staged fifth on the road out of over 50 cars. While good in some ways, it also presents one major challenge: the course could be less worn-in by more cars staged ahead.

As always, one key ingredient to the team’s success thus far has been keeping as many stock OE Toyota parts as possible. Perhaps most shocking is the fact that the Rally RAV4 still has its original engine and automatic transmission. It’s no small feat considering the abuse and the fact that the core powertrain now has in excess of 5,000 hard race miles on it.

Some drivers tend to start a rally on “full-attack,” taking lots of risks, but sometimes slowing down later in the race. Millen typically uses the opposite strategy, starting out conservative, and then going faster and faster, charging toward the finish. But this event is different due to the close championship race, and Millen isn’t taking anything for granted.

“We’re going after it,” said Millen. “I’m going to push a little harder, and maybe even come out of the gates swinging a bit more so we don’t fall behind early in the rally. Sometimes luck plays a role…but you can’t live on luck forever.”

NEFR is an annual two-day stage rally that takes place in Western Maine and Northern New Hampshire. Though challenging and technical, the rally routinely sees speeds in excess of 100 mph. The event attracts competitors from all over the U.S., Canada, and beyond.