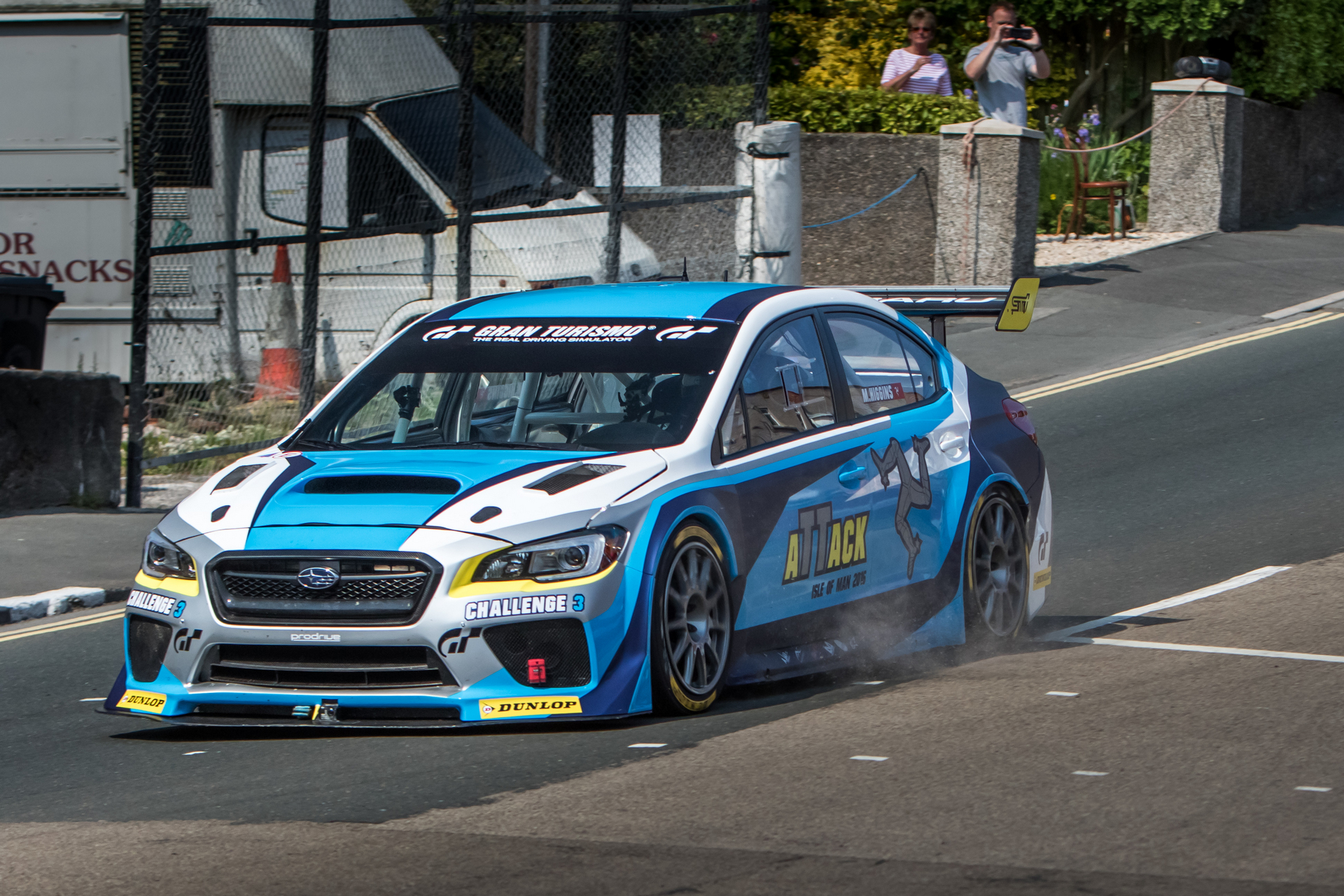 Subaru of America, Inc. announced today that a Subaru WRX STI Time Attack car piloted by Mark Higgins set a new lap record of the fabled 37-mile Isle of Man TT Road Course with an average lap speed of 128.73 mph and a time of 17.35. This breaks the previous record held by Higgins of 116.47 mph and a time of 19.26.

The all-new 2016 Subaru WRX STI time attack car is a joint development of Subaru of America, Inc., and Prodrive, with technical assistance provided by Subaru Tecnica International (STI). The new car is purpose-built for the Isle of Man TT Course.

“It was an amazing run today considering we were running in very hot conditions and the tarmac was quite soft. With lower temperatures we would be making more horsepower, so I still believe we have more left in terms of speed, but it is great to have another record in the bank,” said Mark Higgins. “The chassis on this new car is fantastic to drive. It makes a difference driving a car custom designed for this course. It really allowed me to pick up time in each sector in the more technical parts of the course.”

For the 2016 car, Subaru of America decided to create a purpose- built car that could tackle the arduous TT Course, which is similar in style to both the Nürburgring and Le Mans in the demands it puts on suspension and engines. It called upon the joint expertise of Prodrive for the design and build, and Subaru Technica International for technical assistance. Both have an extensive history in building and designing winning cars. Prodrive and Subaru have won three World Rally Championship Manufacturer titles together and three World Rally Championship driver titles. Prodrive also has experience running team Aston Martin in the FIA World Endurance Championship and Le Mans 24-Hour race. STI has experience designing great road course cars, designing the back-to-back class-winner at the 2015 and 2016 Nürburgring 24-Hour Races.

“We are happy to be back at the Isle of Man as a sponsor. There is nothing like a lap of the TT circuit to push a car to its limits. As the official car of the TT, this record is especially gratifying,” said Dominick Infante, National Manager of Product Communications, Subaru of America, Inc. “The Isle of Man really shows the capability of this new WRX STI. We are evaluating whether to make another run on Friday and top this record.”

The event, which has been comprehensively risk assessed by both Subaru and the ACU, including consultation with all relevant parties, will take place under full, closed road race conditions.