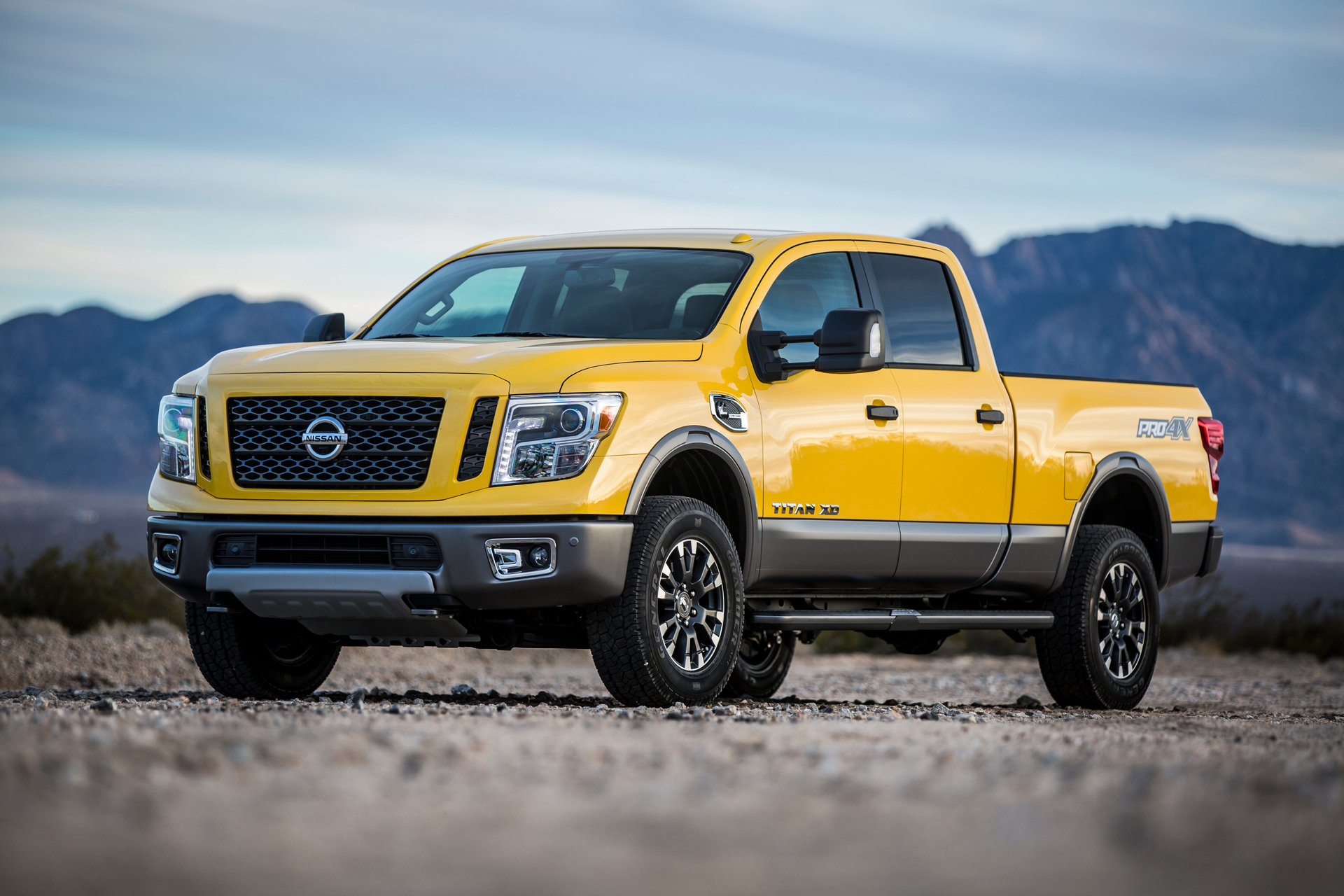 The much-anticipated launch of the all-new 2016 Nissan TITAN XD full-size pickup was punctuated during the College Football Playoff National Championship game when Nissan ran a commercial that announced the arrival of the company’s “Every Duty™” full-size pickup to a segment traditionally dominated by U.S. domestic competitors.

In the 90-second spot, Nissan recognizes Chevrolet, Ford and Dodge, which have been established players in the full-size pickup market in the U.S. for decades. Nissan in December launched its “Every Duty™” Nissan TITAN XD, a full-size pickup that breaks as many paradigms as its advertising debut.

“Nissan’s marketing strategy is about leveraging big cultural moments, like our sponsorship of 100 colleges and universities nationwide, and activations surrounding the Heisman Trophy Trust partnership,” said Jeremy Tucker, vice president, Marketing Communications and Media, Nissan North America. “As a continuation, this ad was about grabbing people’s attention while celebrating our partnership with the College Football Playoff National Championship game. We wanted to take this moment to go big again. This spot tested extremely well with truck owners and enthusiasts, which emboldened our plan to make a statement to the industry.”

The commercial follows a narrative about those who lead and those who blaze new paths. Classic Chevrolet, Ford and Dodge pickups make a cameo appearance and are called out by name with the attention-grabbing narration, “To those who’ve gone before us…Ford, Chevy, Dodge…thank you, we see the way forward.” The spot closes on the all-new 2016 Nissan TITAN XD and its tag line: “The ‘Every Duty™’ Truck.'”

“We understand that you have to show respect to earn respect with truck buyers, and with the all-new TITAN XD we now are here to compete,” said Fred Diaz, division vice president and general manager, North America Trucks and Light Commercial Vehicles, Nissan North America, Inc.

The all-new 2016 TITAN XD offers combination of ½-ton and ¾-ton truck traits that are ideal for a large cross-section of truck customers. The TITAN XD Crew Cab, which was shown at last year’s North American International Auto Show with its powerful Cummins® 5.0L V8 Turbo Diesel, is the first of three cab configurations, two frame sizes, three powertrain offerings and five grade levels to be available in the full TITAN lineup.

“This American TITAN™ was planned in Tennessee, designed in California, engineered in Michigan, tested in Arizona and assembled in Mississippi, and the powertrains come from Tennessee and Indiana,” said Tucker. “We are confident this is a truck Americans will be proud to call their own.”