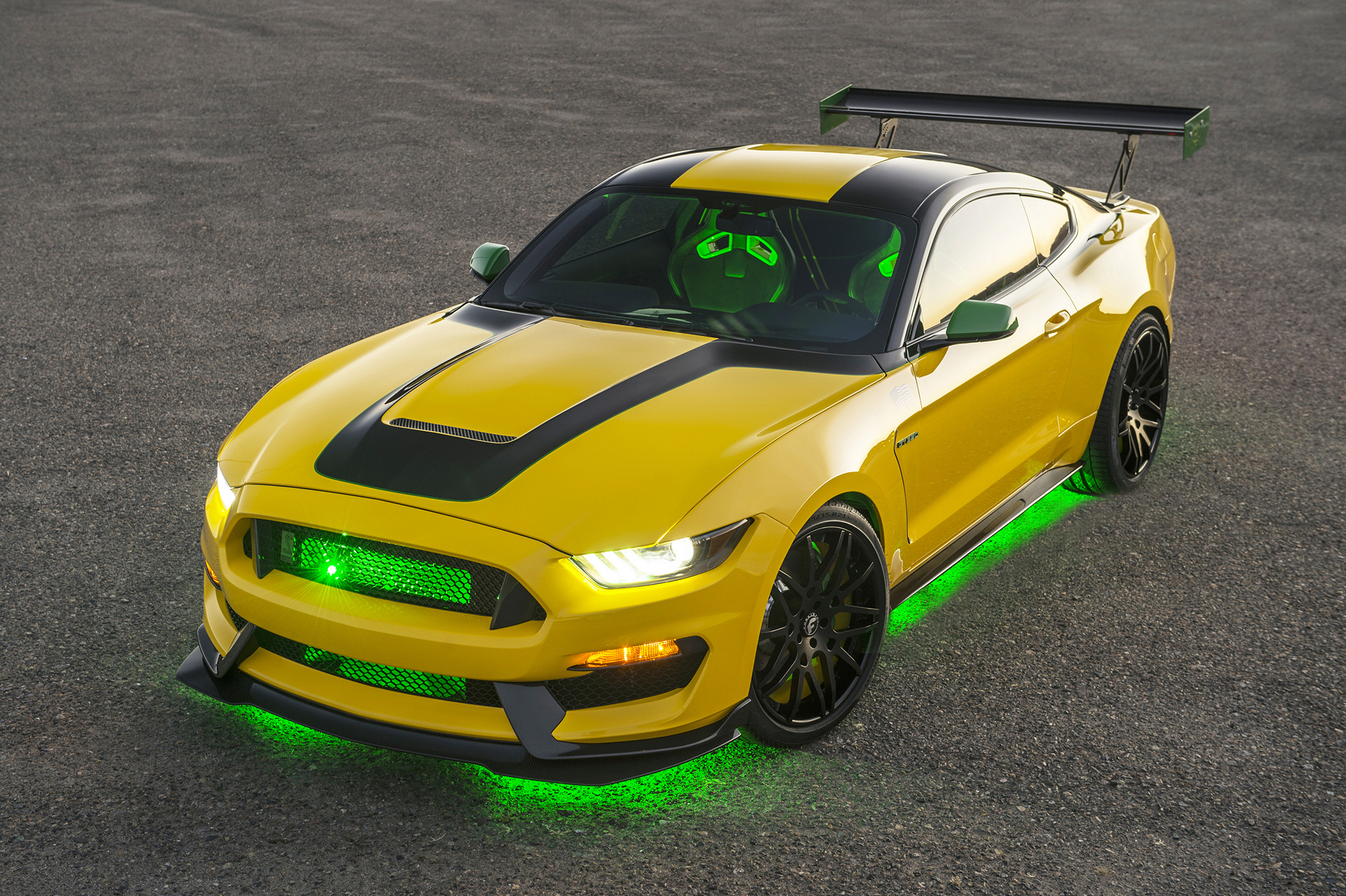 The one-of-a-kind, aviation-inspired Ford “Ole Yeller” Mustang developed by the design and engineering teams at Ford Motor Company sold for $295,000 at the recent Gather of Eagles charity event last week. The auction was held during the Experimental Aircraft Association (EAA) AirVenture Oshkosh 2016 – the World’s Greatest Aviation Celebration. Hank Menke, president and CEO of OFS Brands in Huntingburg, Indiana was the winning bidder. 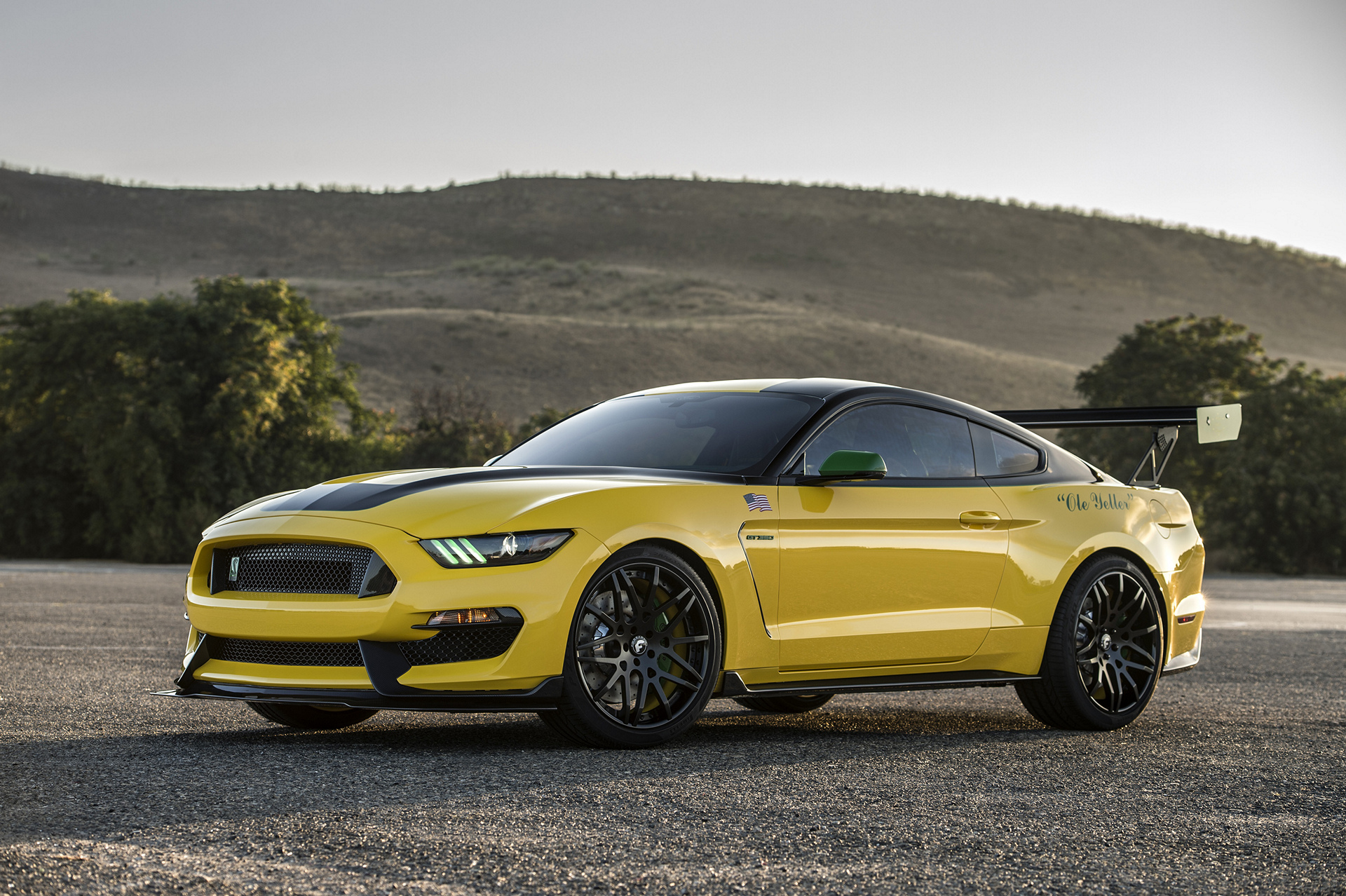 All proceeds from the car donation and sale benefit EAA’s youth education programs, including the Young Eagles, which has provided free introductory flights to 2 million young people since 1992, helping grow the next generation of aviators.

The Ford “Ole Yeller” Mustang is the ninth one-of-a-kind vehicle created by the Ford design and engineering teams for the auction in support of EAA youth education. Ford vehicles donated at EAA AirVenture events have collectively raised more than $3 million. 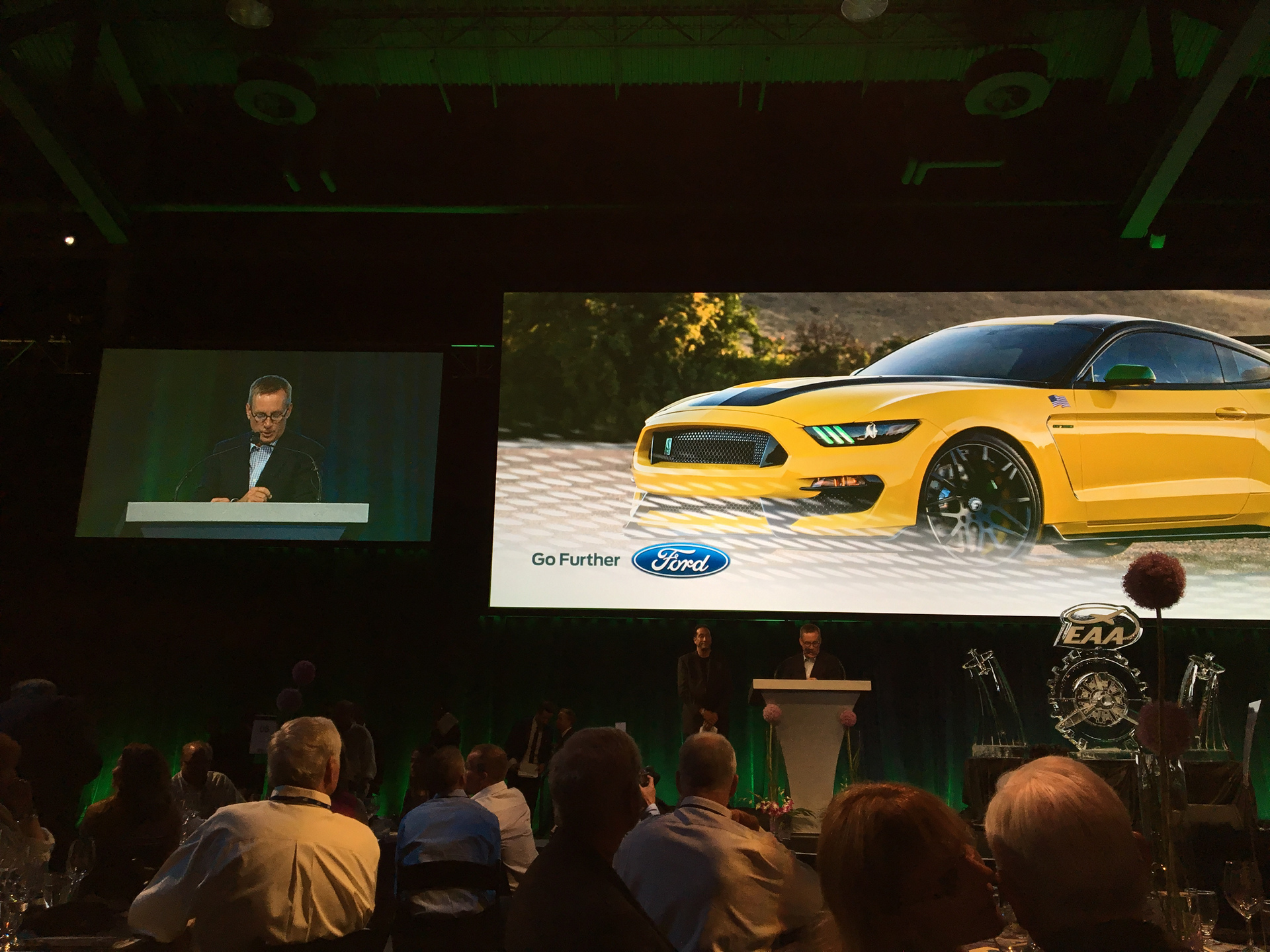 Bred from the ultra high-performance and limited production, Shelby GT350® Mustang, it features a 5.2L Ti-VCT V8 engine with Flat Plane Crank. Boasting the most powerful naturally-aspirated engine Ford has ever produced, the Shelby GT350 generates a heart-pounding 526 horsepower and exhilarating 429 lb-ft of torque. This powerhouse is mated to a TREMEC® 6-speed manual transmission and features a specially tuned sport suspension, making it the most track-ready, road-legal Mustang ever produced.

“This year’s one-of-a-kind Ford Mustang honors two aviation greats, the iconic and historic P-51D Mustang fighter plane, and highly decorated fighter pilot, test pilot and air show performer, Bob Hoover, who is referred to by many as one of the greatest pilots ever to have lived,” said Edsel B. Ford II, a member of the Ford board of directors. “The Shelby GT350 Mustang, with its nimbleness, speed and aerodynamics, provided us with the perfect platform to create this tribute to the P-51D aircraft. Through this project, we take great pride in continuing our support for EAA youth education programs.” 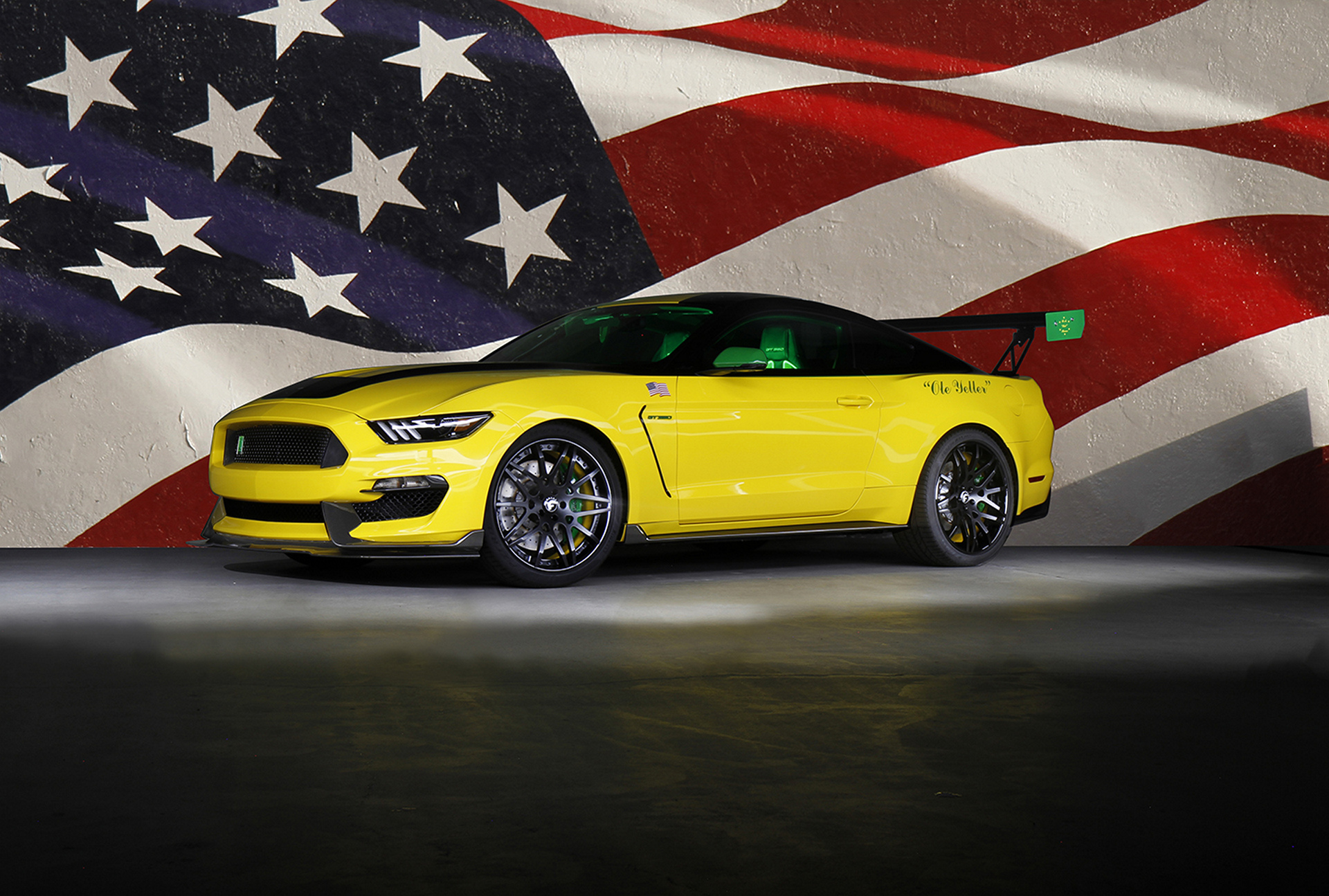 “Ole Yeller,” with its bright, eye-catching yellow exterior, is one of the most recognizable P-51D Mustangs in the world. It still holds the prop plane record for coast-to-coast travel at 5 hours and 20 minutes, set in 1985. R. A. “Bob” Hoover, known as a pilot’s pilot, will be forever linked with “Ole Yeller.” Hoover is widely considered the founding father of modern aerobatics and thrilled airshow fans piloting “Ole Yeller” for more than 20 years. In 1997, Hoover sold “Ole Yeller” to his good friend John Bagley of Rexburg, Idaho. “Ole Yeller” still flies frequently and is based at the Legacy Flight Museum in Rexburg, Idaho.

“We’re truly grateful Ford is, and has been, such a committed sponsor of EAA and AirVenture,” said Jack Pelton, EAA CEO and chairman of the board. “With its ninth Mustang donation, Ford has definitely delivered something exceptional that any auto or aviation enthusiast would love to own. The Ford “Ole Yeller” Mustang will allow EAA to provide support to our valuable programs helping us grow the next generation of aviators.”