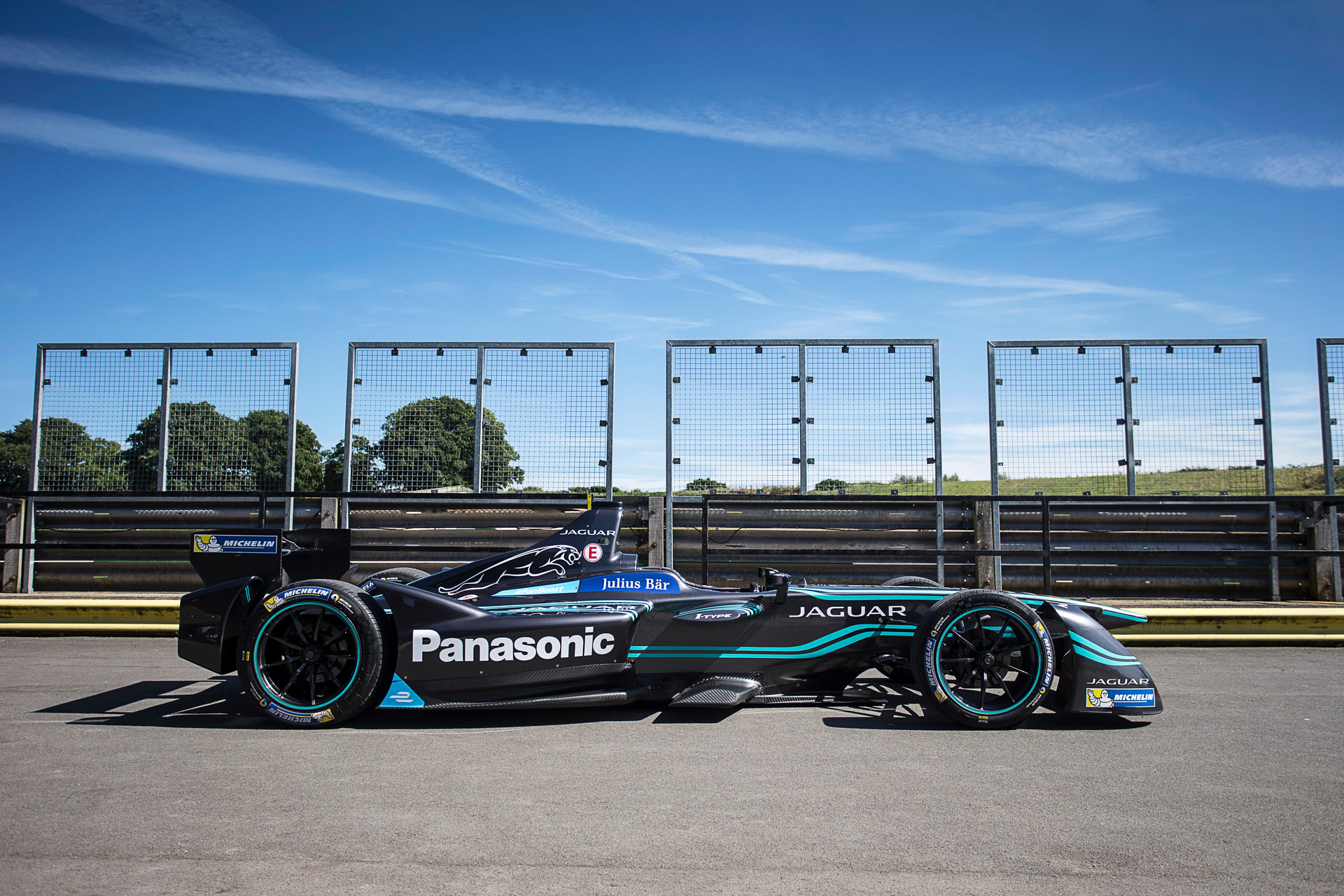 The British manufacturer is hoping to extend its successful motor sport legacy that dates back to the 1950s by entering a full manufacturer two-car team in Formula E, the all-electric single-seater series that brings racing to the heart of some of the world’s greatest cities.

Beginning in Hong Kong, British driver Adam Carroll, 33, and New Zealander Mitch Evans, 22, will race Panasonic Jaguar Racing’s first all-electric Jaguar racecar, the I-TYPE, in the 14-round series which will conclude in Montreal in July 2017.

Jaguar’s Formula E programme will create tangible R&D benefits for the electrification of future Jaguar Land Rover road cars and is designed around the team’s founding principle, Race to Innovate.

Formula E races last 50 minutes and includes a mandatory pit stop, in which drivers switch to a second car adding another element to the exciting competition. Drivers face unique challenges in Formula E as they have to manage battery consumption and regeneration of the battery to maintain charge throughout the race.

Manufacturers can design their own powertrains, which includes the motor, transmission, inverter and the rear suspension. Common components across all teams include the carbon fibre chassis and battery to help control costs. The focus is on developing electric vehicle powertrains.

Panasonic Jaguar Racing’s I-TYPE features an MGU (Motor Generated Unit) with a maximum power output of 200kW and with a maximum speed of 140mph. Power is delivered via a paddle shift sequential gearbox.

Beyond its all-electric concept, Formula E is also unique in the world of motorsport for its choice of venues. Every round, bar one in Mexico, takes place on street circuits, in the centre of major cities. Track action, including practice, qualifying and racing, takes place in a single day, apart from at the two-day double-header races in New York and the season-finale in Montreal.

This is a proud day for the whole of the Panasonic Jaguar Racing team. We’ve worked very hard and tested endlessly to prepare for our debut here in Hong Kong. We are here to race but we’re also here to innovate and to inspire. We will race hard from the start but our expectations are in check as we respect our competitors who have a two-year head start in the series. We’ve learnt a great deal from our pre-season test and development programme, but there is nothing like real race experience to give us an understanding of what we need to achieve our potential – and it all starts on Sunday. We can’t wait to return to the track! 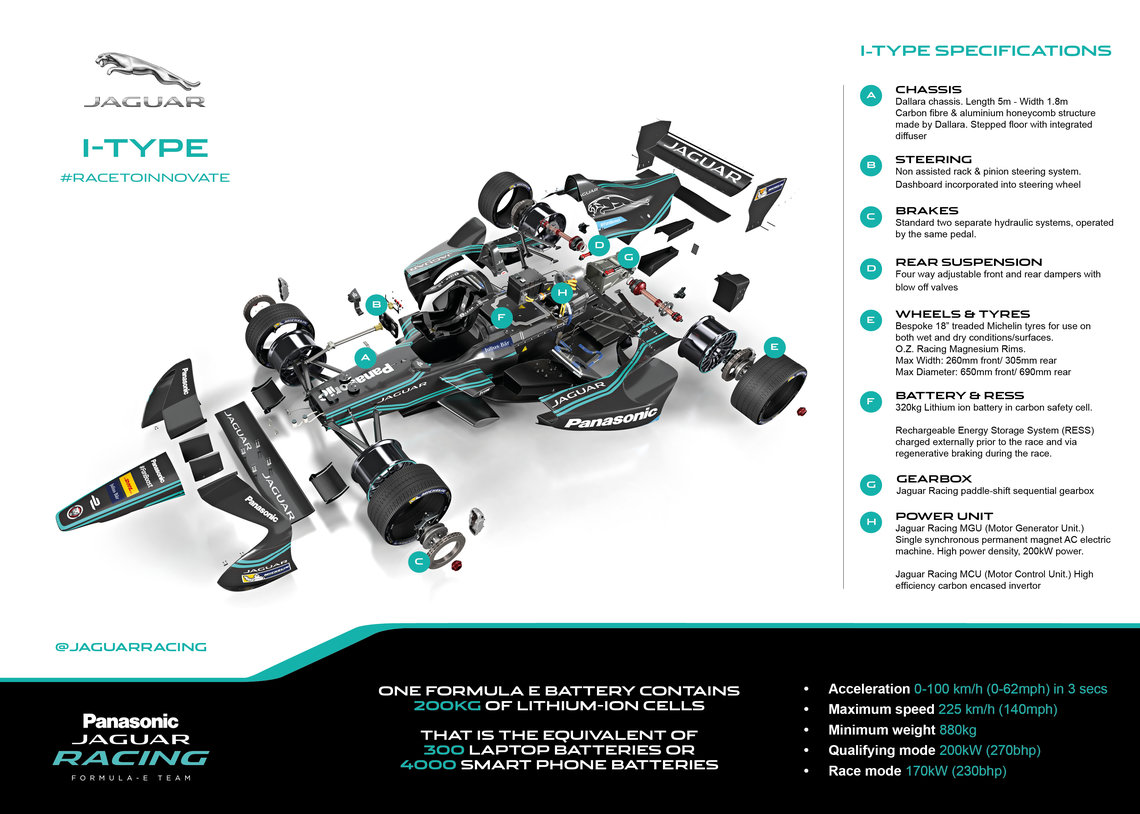 Briton Adam Carroll, 33, brings speed and experience to Jaguar in a career that has included multiple single-seater championships including A1GP, IndyCar and GP2. He has also successfully carried out the bulk of Panasonic Jaguar Racing’s Formula E testing duties.

It is a historic moment for Jaguar as a team to be embarking on this new journey in electric racing. As a driver, I am really looking forward to getting out on track. There is nothing quite like Formula E and I’m looking forward to refining how we approach the race weekends and seeing the benefits of each improvement as we reach our potential. We have a big opportunity to inspire fans around the world and reach the next generation of EV drivers in new and innovative ways. As drivers, we are here to race but it is important to remember why we are here and the legacy of our Formula E programme in writing a new chapter in Jaguar’s history.

At 22, Mitch Evans is the youngest driver on the Formula E grid but brings experience far beyond his years to Panasonic Jaguar Racing. With multiple karting and open-wheel championship titles to his name including the 2012 GP3 Championship, Mitch is a young driver with proven race credentials.

In just two seasons, Formula E has established itself as a real drivers’ championship. It has probably the most competitive driver line-up in the world and includes many ex-F1 and IndyCar drivers and a lot of current FIA World Endurance Championship drivers. The championship also offers some of the most thrilling racing in the world. We have a lot to learn in the season ahead but rest assured we will be racing hard. It has been my dream to be a works driver and I can’t wait to put on the Jaguar overalls on Sunday!