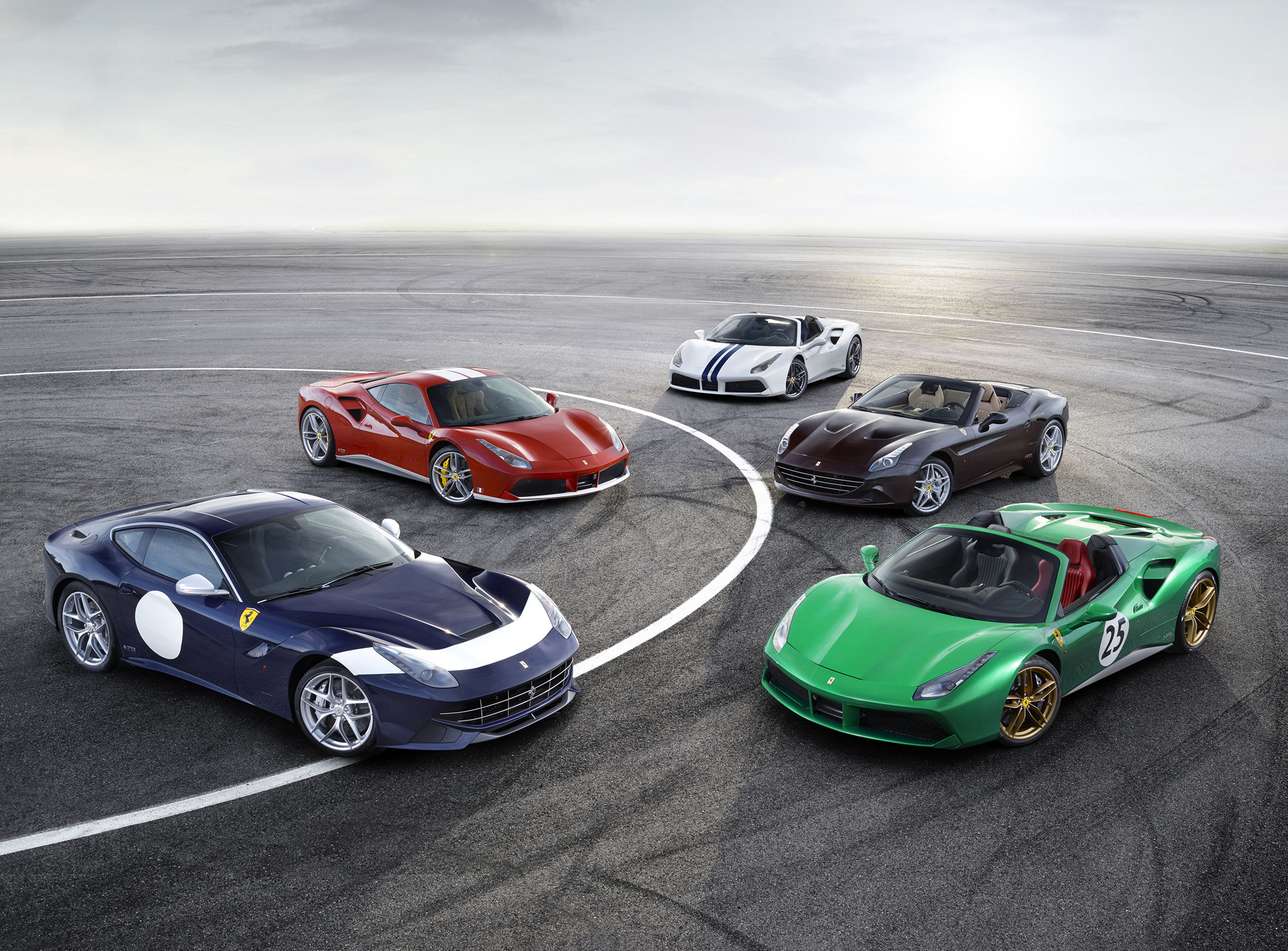 Special initiatives announced for 70th anniversary in 2017: from celebratory logo to Tailor Made liveries and a world tour

Ferrari further broadens its range at the Mondial de l’Automobile 2016 with the world premiere of the new GTC4Lusso T, Maranello’s first ever full four-seater to be powered by a V8, for a perfect marriage of sportiness and versatility with day-to-day driveability.

The GTC4Lusso T is equipped with the latest evolution of the “International Engine of the Year 2016” V8 turbo family: compactness and efficiency are the signatures of the 3.9-litre which punches out a maximum of 610 cv at 7,500 rpm (specific power output of 158 cv/l), delivering instant throttle response and smooth progressive pick-up across the rev range (760 Nm of maximum torque available between 3,000 and 5,250 rpm). This impressive performance is matched by fuel consumption figures that yield an excellent range, making the car ideal for both city driving and longer journeys.

Combining this powertrain with rear-wheel drive has resulted in a lower weight and an increased weight bias towards the rear. Adding four-wheel steering and specific calibration of the dynamic control systems to the mix has produced an extremely agile and responsive car.

As part of the programme of special initiatives to celebrate the 70th anniversary of its foundation in 2017, Ferrari has used its Tailor Made experience into designing 70 liveries inspired by the most iconic models from its history. Several examples are on display on the Ferrari stand: the F12berlinetta is in “The Stirling” configuration, the 488 GTB in “The Schumacher” and the California T in “The Steve McQueen”, while the 488 Spider is in both “The Green Jewel” and “The Spider” liveries.

Aside from announcing a world tour spanning over 60 nations, Ferrari is also unveiling a special celebratory 70th anniversary logo inspired by both the Prancing Horse’s exclusive styling cues and passion for detail. The logo makes its first appearance on the LaFerrari Aperta, the Prancing Horse’s latest limited-edition special series which is being unveiled to the public at the Paris Show. Unique in terms of both its technology and styling, the LaFerrari Aperta is the perfect choice to celebrate Ferrari’s history.

The open-top version of the acclaimed LaFerrari supercar, the LaFerrari Aperta sports the same running gear and delivers the same performance as the original coupé.Equipped with the same hybrid power unit (an 800 cv 6,262 cc V12 engine coupled with a 120 kW electric motor for a total power output of 963 cv) and identical dynamic control systems integrated with its active aerodynamics, the LaFerrari Aperta has a maximum speed in excess of 350 km/h, sprints from 0 to 100 km/h in under 3 seconds, and 0 to 200 km/h in 7.1 seconds. It also delivers the same torsional rigidity and beam stiffness characteristics, thanks to modifications to the chassis.