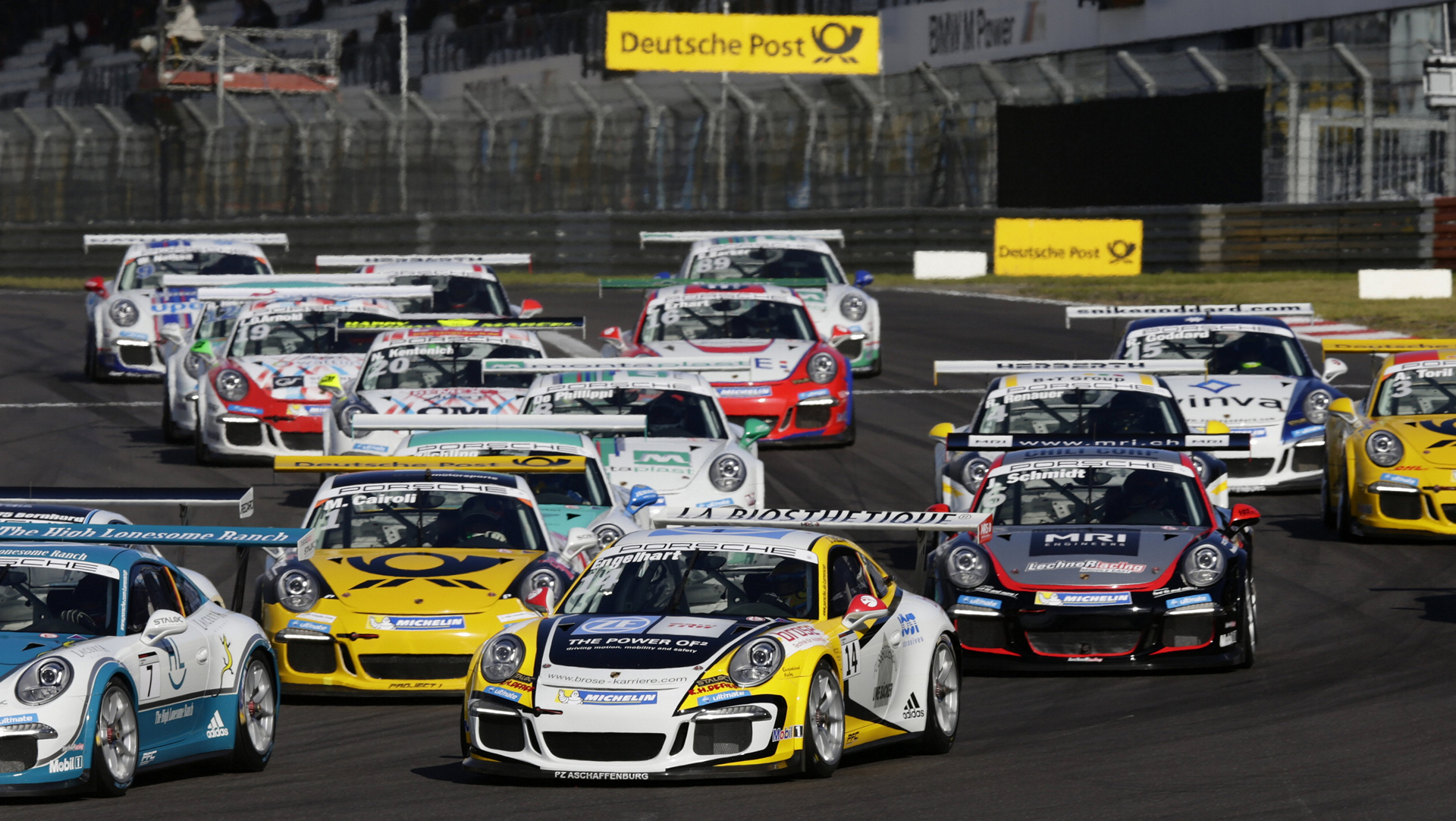 April 15th marks the start of the new season for the Porsche Carrera Cup Deutschland. In the 27th year of Germany’s fastest one-make series, teams and drivers will fight for championship honours. 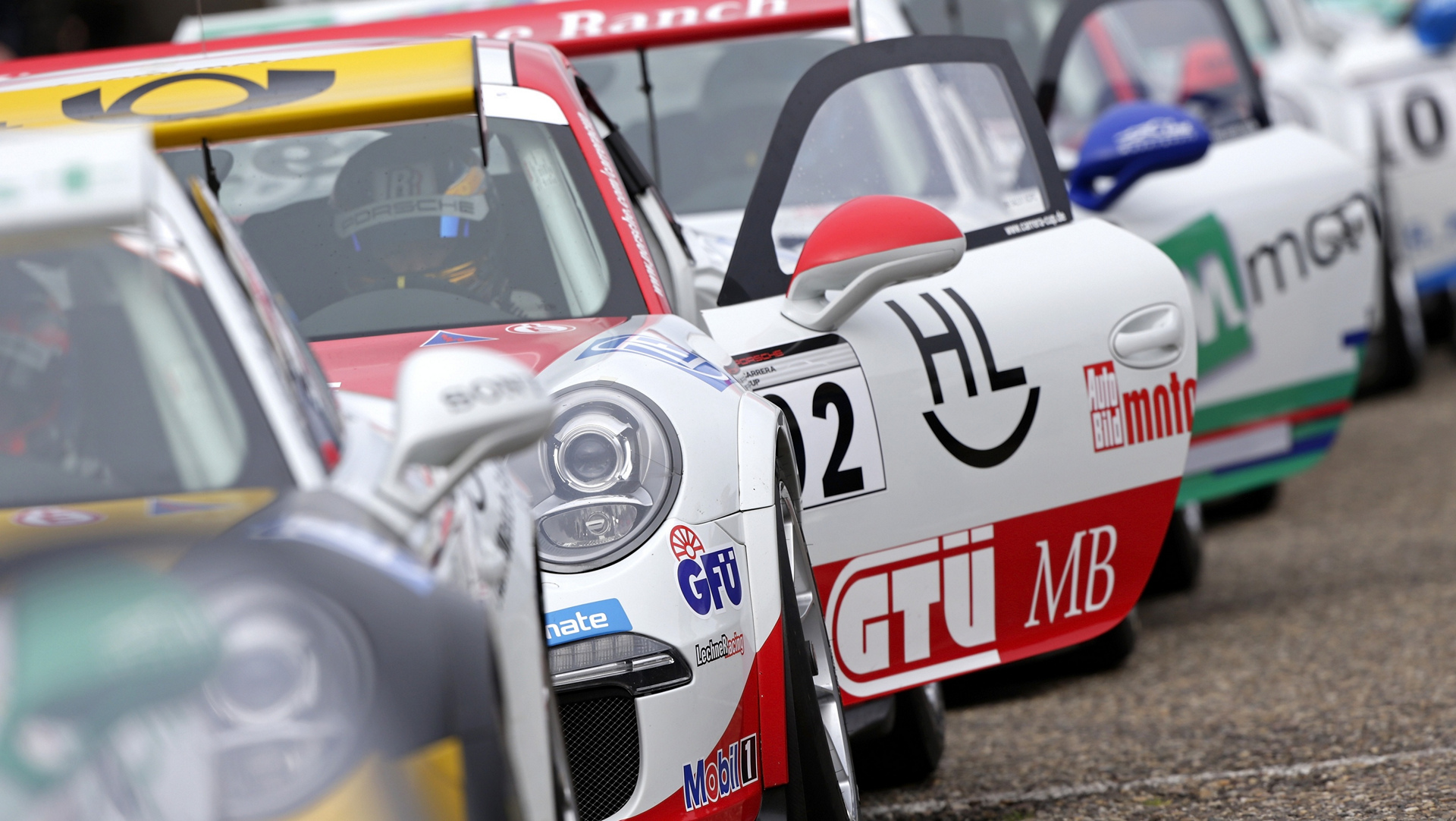 This year’s grid lineup, which includes both Carrera Cup Porsche Juniors, Sven Müller (D/24) and Dennis Olsen (N/19), will enjoy an even larger audience. The long-established brand trophy series, with the 460 hp Porsche 911 GT3 Cup taking centre stage, has the benefit of an even more extensive television and media package in 2016. This means that the television stations n-tv and Sport1 have intensified their involvement. Moreover, coverage in the social media and on mobile devices has expanded.

This year for the first time, the Carrera Cup season-opener is run as support to the ADAC GT Masters in Oschersleben, with all other events contested alongside the DTM. Eight race weekends make up the 2016 calendar, with two of those events held outside Germany in Zandvoort (NL) and Spielberg (A). For fans, this means sixteen action-packed races with gripping wheel-to-wheel duels to the very last lap. 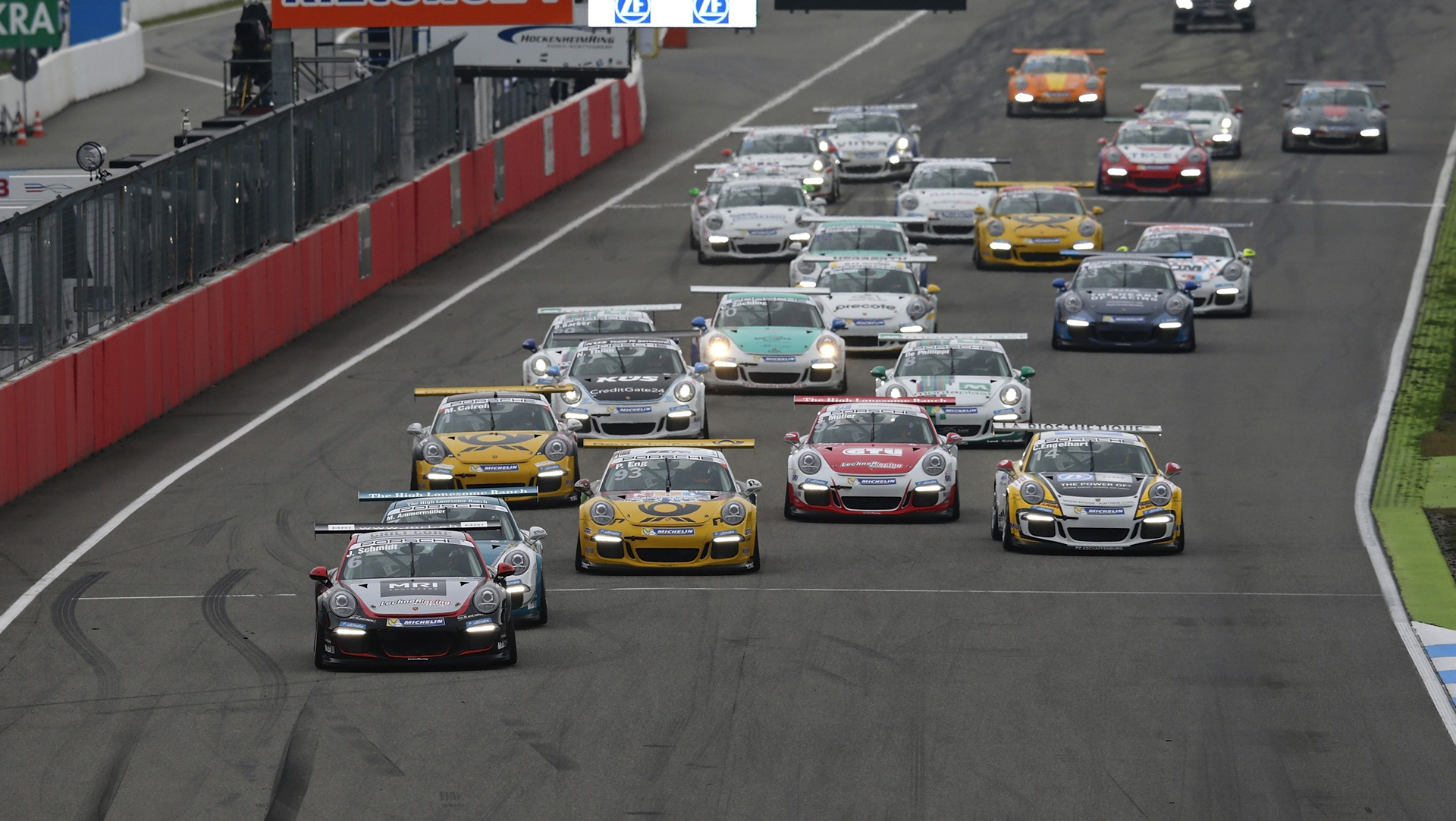 2016 not only marks Sven Müller’s third season contesting Porsche’s German one-make race series but also his third as a Porsche Junior. Thanks to his strong performances last year he will again receive funding for his motor racing pursuits. For his Porsche Carrera Cup campaign he competes for Konrad Motorsport, and for his Porsche Mobil 1 Supercup mission he will drive for the Austrian Lechner Racing squad. The second Porsche Junior on the grid is Dennis Olsen from Norway. Last October Olsen came out on top after a multi-level selection process against more than 100 candidates. This year he races for the Lechner Huber Racing team.

Sport1 plans to broadcast nine races live, with the remaining seven rounds televised delayed to live in full length on the same day. For this year’s championship, eight blocks have been earmarked for highlights and a season wrap-up. With this, Sport1 offers viewers more than a thousand minutes of television coverage. Via the station’s own Internet streaming channel, sport1.de, spectators will be able to witness all rounds live. Furthermore, all events will be aired live for the first time by the Swiss television station Telebasel. 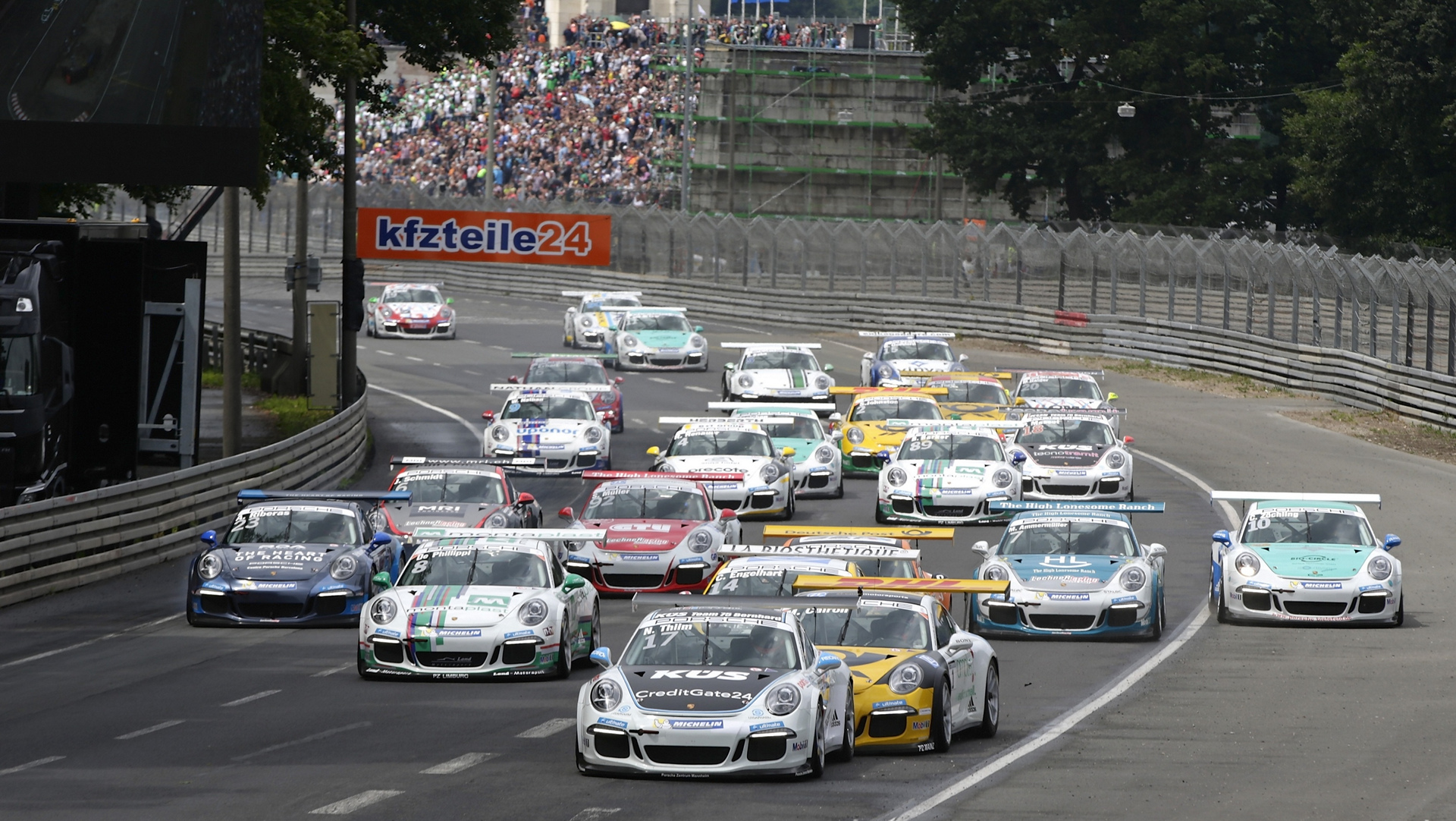 On Monday after each race, n-tv broadcasts a 30-minute Porsche Carrera Cup magazine, which offers a look behind the scenes of the popular racing series. Eight programmes and a season recap are planned, with a total broadcasting time of 270 minutes. In the magazine, each programme will be televised on the German news channel at 18.30 hours.

Porsche has also expanded the range of live-streaming opportunities: Fans can follow the races on a computer, tablet or Smartphone via porsche.de/carreracup, n-tv.de and sport1.de as well as carrera-cup.de.

In addition, the Carrera Cup will be more accessible to a younger target audience: At every race weekend, a famous YouTube celebrity will check out the race action on the track and in the paddock and share his motor racing experiences with his viewers worldwide.