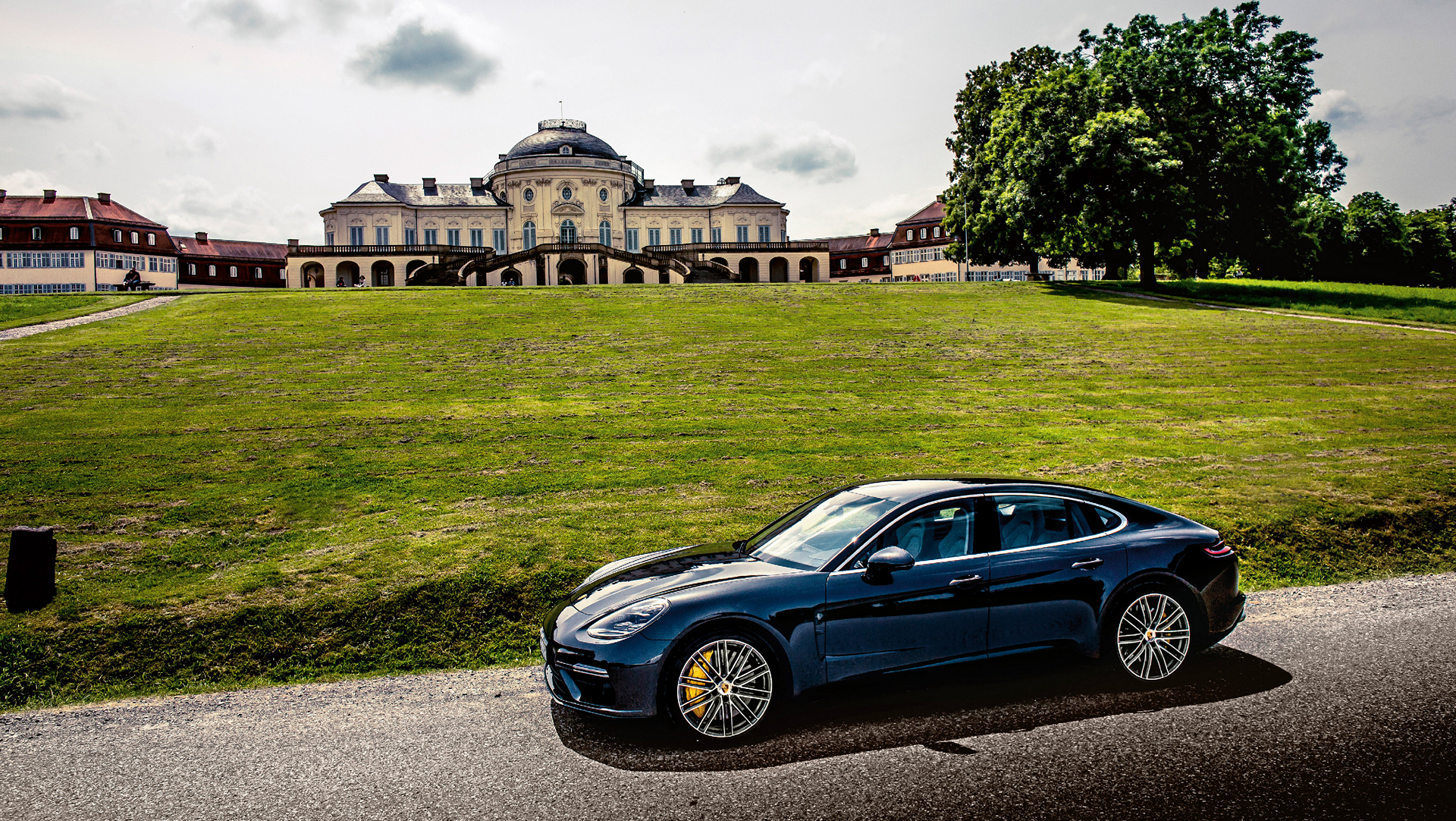 The new Panamera combines apparent opposites. Comfort and sportiness. Dynamism and elegance. All of these qualities and more come together in Porsche’s Gran Turismo. 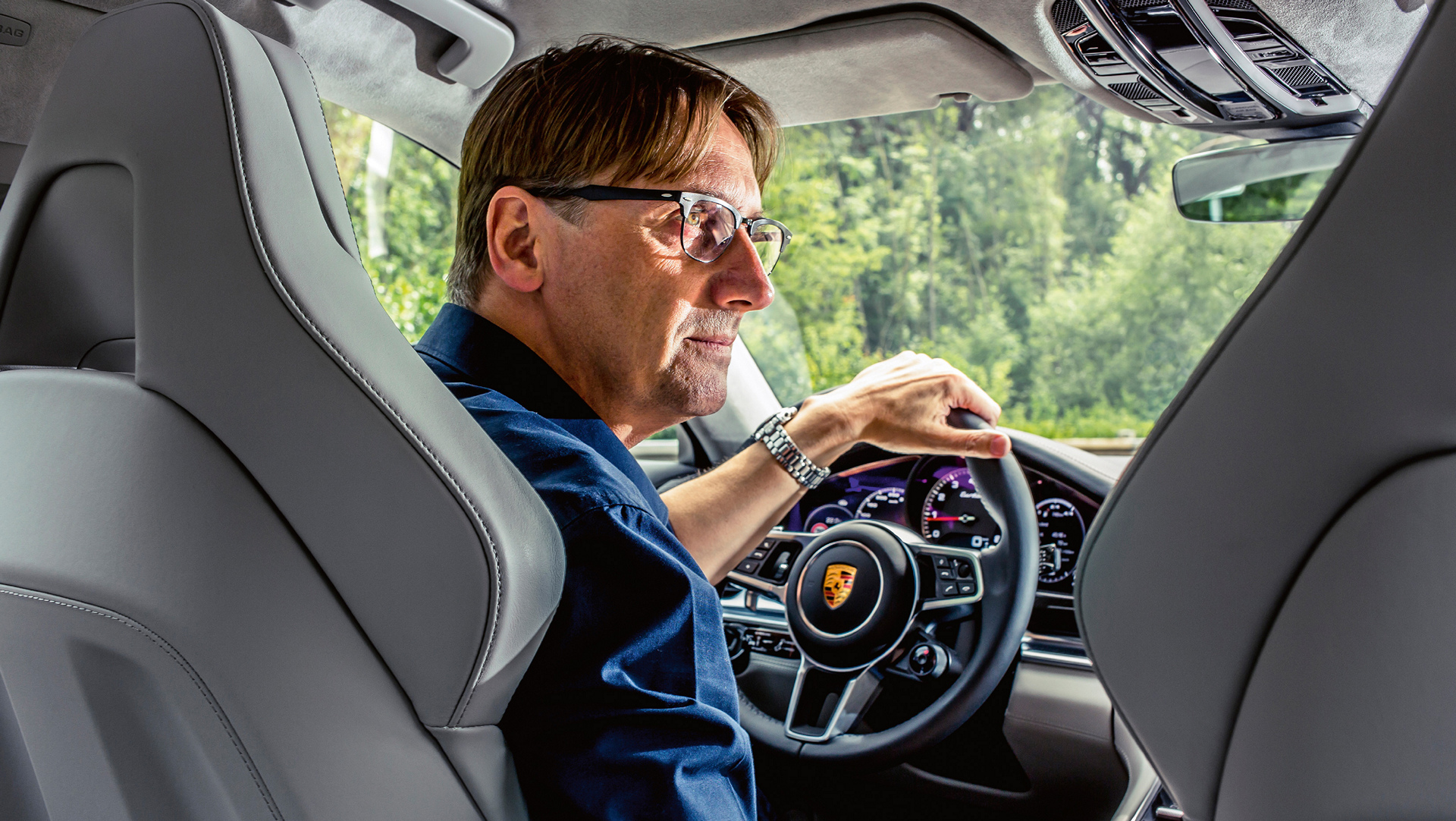 The Panamera is unique. It was created for people who want a sports car, as well as four doors. This combination of comfort and dynamism didn’t exist before the Gran Turismo. The Panamera premiered in 2009. With the second generation of the sports sedan, Porsche has further developed the innovative concept behind the dynamic four-door vehicle in clear and powerful ways. The Panamera is the sports car for the luxury seeker, and quite possibly the only automobile to combine supreme comfort with the greatest possible performance. 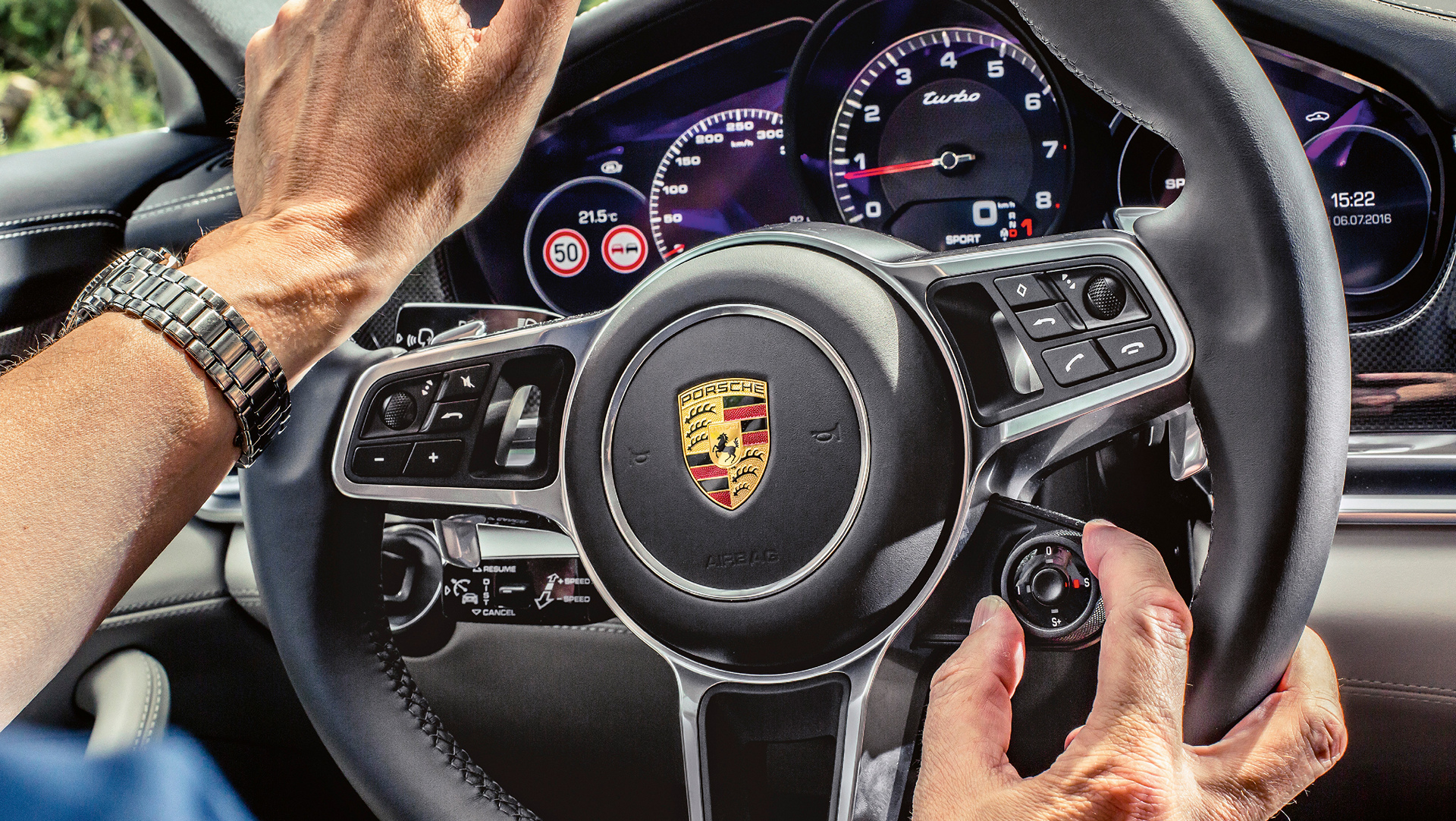 The first tour in the Panamera demonstrates an inspiring synthesis of aesthetics and athleticism, as well as elegance and energy. It’s no surprise that the Turbo version, with 550 hp, reaches 100 km/h in less than four seconds, which means it’s operating at the level of a 911 Turbo 997. It’s only to be expected that it hits roughly twice that speed less than 10 seconds later. The Gran Turismo flows into the series of curves before us, making navigating the slalom an exercise of pure pleasure. For this we can thank the new rear-axle steering.

Lars Kern set a record with the new Panamera

As the car races forward, the driver considers all the possibilities in the Panamera, with their limit first reached at 306 km/h. The newly designed bi-turbo V8 engine in the Panamera Turbo glides effortlessly up to this limit of air resistance and performance. If desired, its 770 Nm function like a catapult. But defining a Porsche sports sedan solely on the basis of its impressive stats doesn’t do the dynamic vehicle justice. 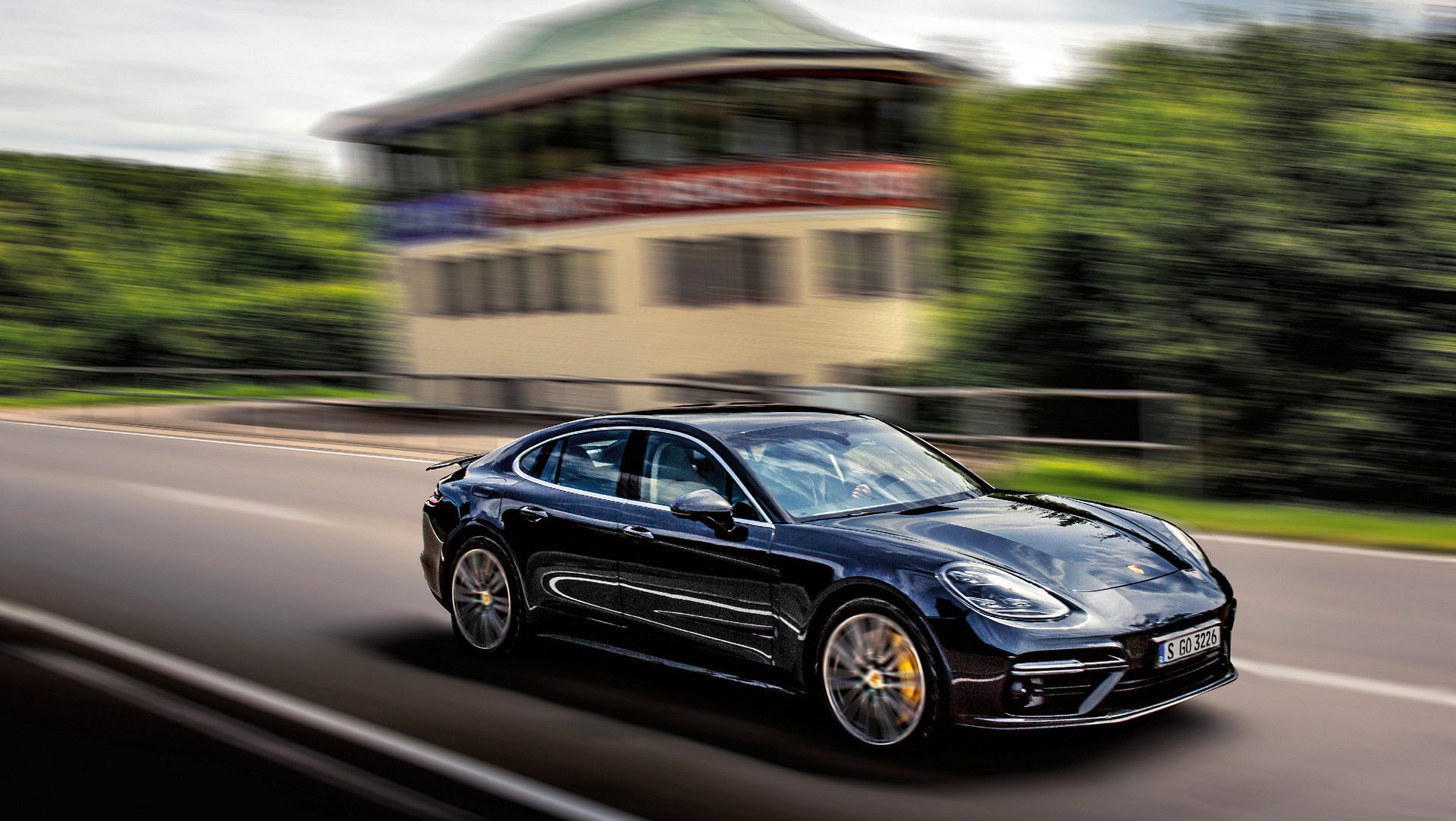 Lars Kern has demonstrated the athletic capabilities underneath the Panamera’s aesthetic lines. A 28-year-old Porsche engineer and professional race-car driver, he set a record on the legendary Nordschleife of the Nürburgring behind the wheel of the new Panamera. He needed just 7:38 minutes to complete a lap in the world’s fastest luxury sedan. Afterward he remarked, “How can that much luxury go so fast?” Answering this question is the key to understanding the new Panamera.

“Sport” and “sedan” become one and the same in the Panamera

The sporty sedan seems to push back the limits of physics, thanks to its technical brilliance. The Panamera has an intelligently adjusted chassis. Its innovative electromechanical steering lends a new quality to its precision. And the triple-chamber air suspension and electronic damper control add a new dimension to the range between comfort and dynamism. “Sport” and “sedan” become one and the same in the Panamera. Also on board is the latest version of Porsche Dynamic Chassis Control Sport–the active roll stabilization with electromechanical stabilizers. The result: superior performance. All of the components that contribute to the driving dynamics are connected via the new Porsche 4D Chassis Control. The cutting-edge computer analyzes driving situations in real time and instantly coordinates interplay among the systems.

So much for the virtual part of the driving dynamics concept. In very real terms, the 4D Chassis Control’s commands are carried out by the rear-axle steering. It’s a technical component that transfers the handling properties of a super sports car to a luxury sedan.

“The Panamera is an athlete” 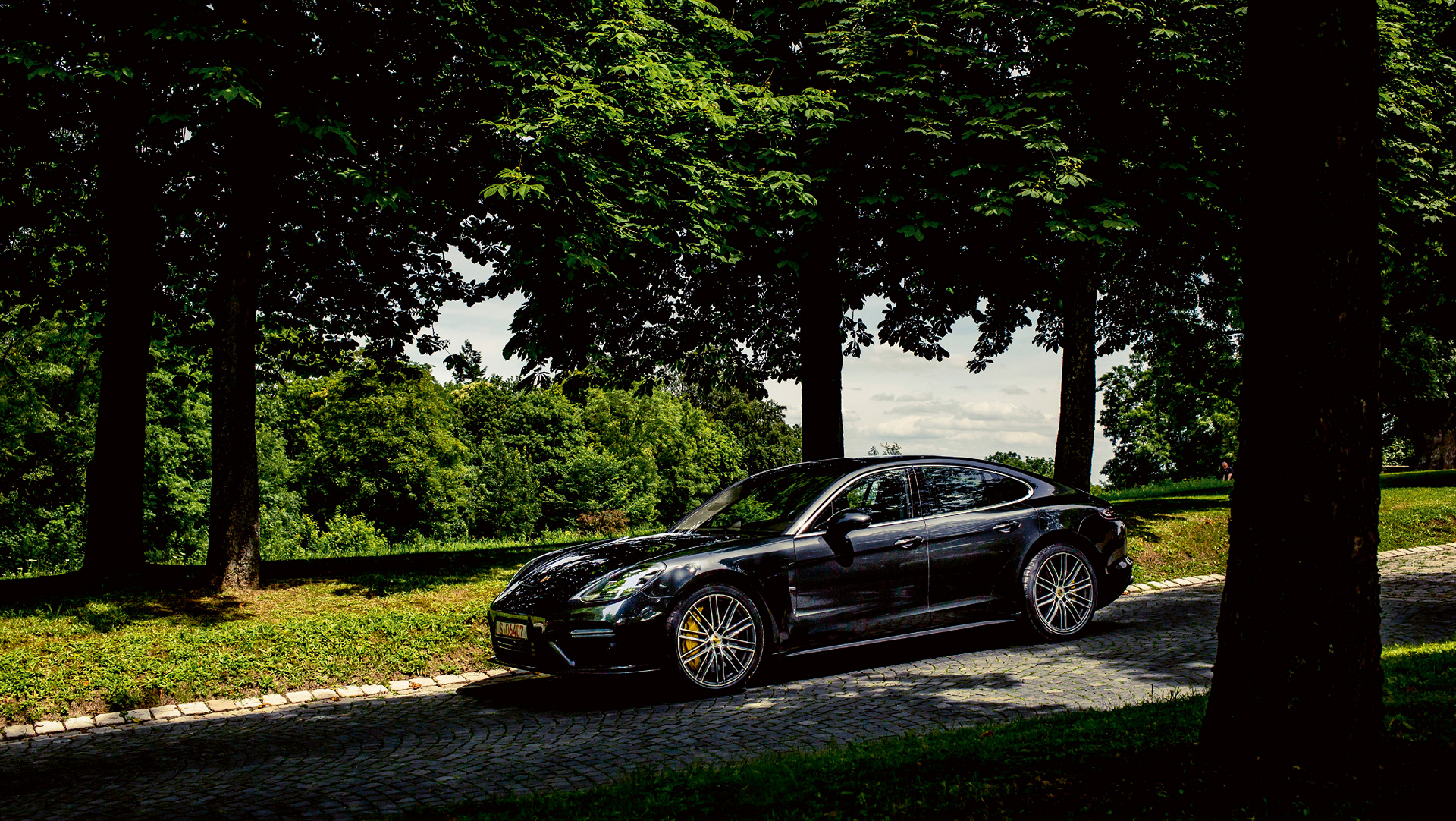 A nearly five-meter sedan that acts like a sports car can be explained in part by some of its chassis consisting of aluminum. In fact, this lightweight material accounts for the complete sides as well as the roof. Off we go to the Nürburgring. As Kern puts it, “You drive onto the Nordschleife and promptly forget how big the Panamera is. The car is so tremendously agile, it’s astonishing.” Or to put it another way, “The Panamera is an athlete.”

The Panamera Turbo on the former Solitude racetrack

The Gran Turismo derives its sporty character from a combination of weight optimization and innovative driving dynamics. As Kern explains, “The rear-axle steering makes a difference in both the slow and the fast straight stretches of the Nordschleife. It enables the Panamera Turbo to turn masterfully into tight curves such as the Karussell, and to support itself beautifully.” The engineer is thrilled. “That’s the point. You really don’t notice you’re driving such a big car. At the same time, the driving dynamic components in the Panamera make it extremely stable on very fast stretches. Such as the notorious jump knoll in the Schwedenkreuz section. Length flows.”

Kern’s description is high praise. “The Panamera’s air suspension has a real effect on all of the big and small bumps and uneven surfaces,” says the record-setting driver. “On parts of the Nordschleife where you’re more than challenged in most cars, the Panamera just flows like a flying carpet. That gives you a huge amount of confidence.” The car is also faster than other luxury sedans quite simply because the latter do not have sports-car genes.

There remains just one point to clear up. What parts of his record lap did Kern drive with the new eight-speed dual-clutch transmission in manual mode, and which in automatic? “When we started the test-drives I was shifting gears by hand,” he says. “But then our engineers looked at the data and said, ‘The transmission can do it better.’ And so that’s what I did in the lap of 7 minutes and 38 seconds.”