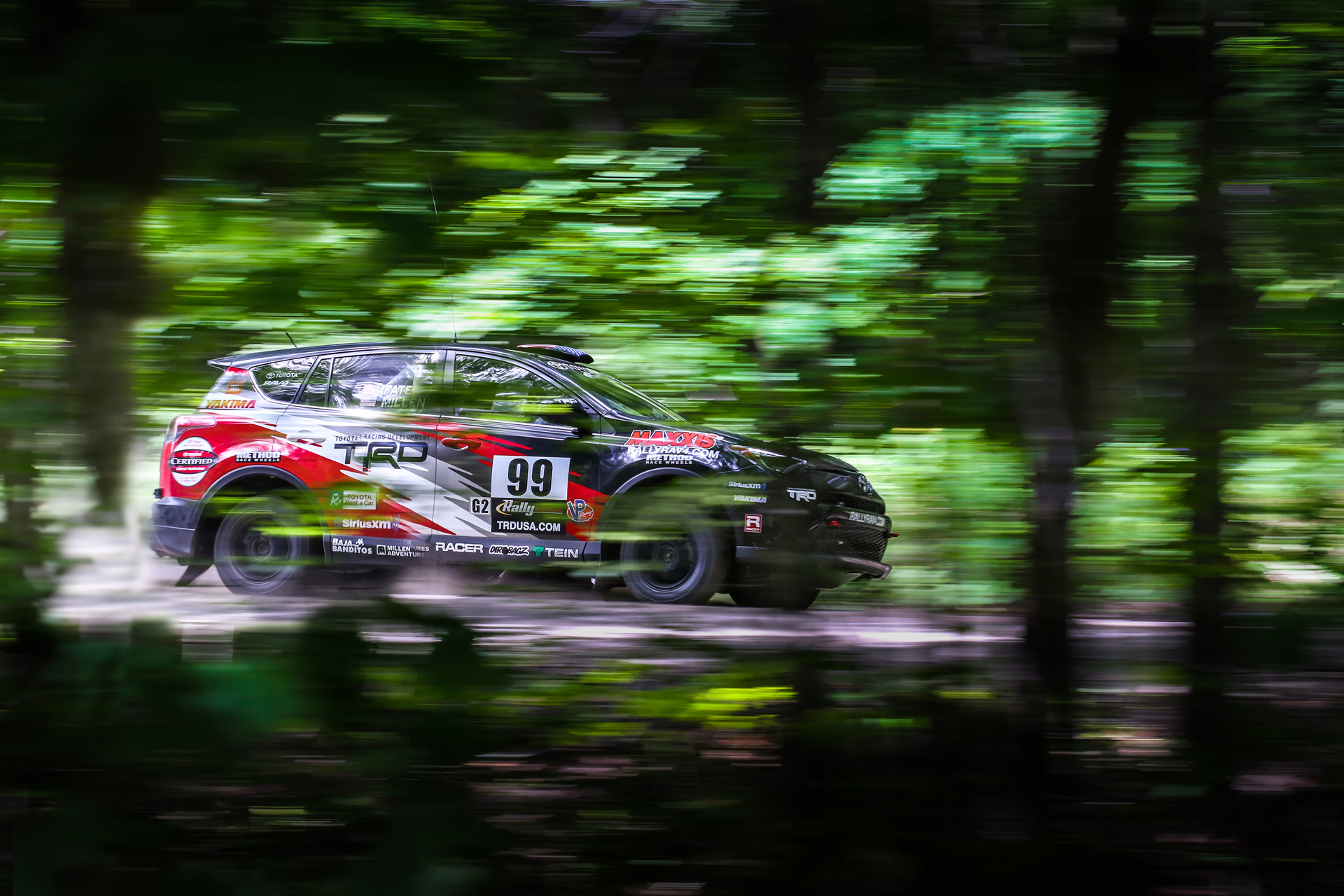 Following nearly three hours of intense racing, Ryan Millen and his Toyota RAV4 earned a first place finish at the Ojibwe Forests Rally. The stellar performance not only put the Rally RAV4 in a points tie with Cameron Steely in the 2WD Class, but it is the first time the team finished on the podium overall, regardless of vehicle class, nudging out more powerful, highly modified competitors. The finish by Millen and co-pilot Christina Fate also sets up a winner-take-all season finale at the next Rally America National Championship round. 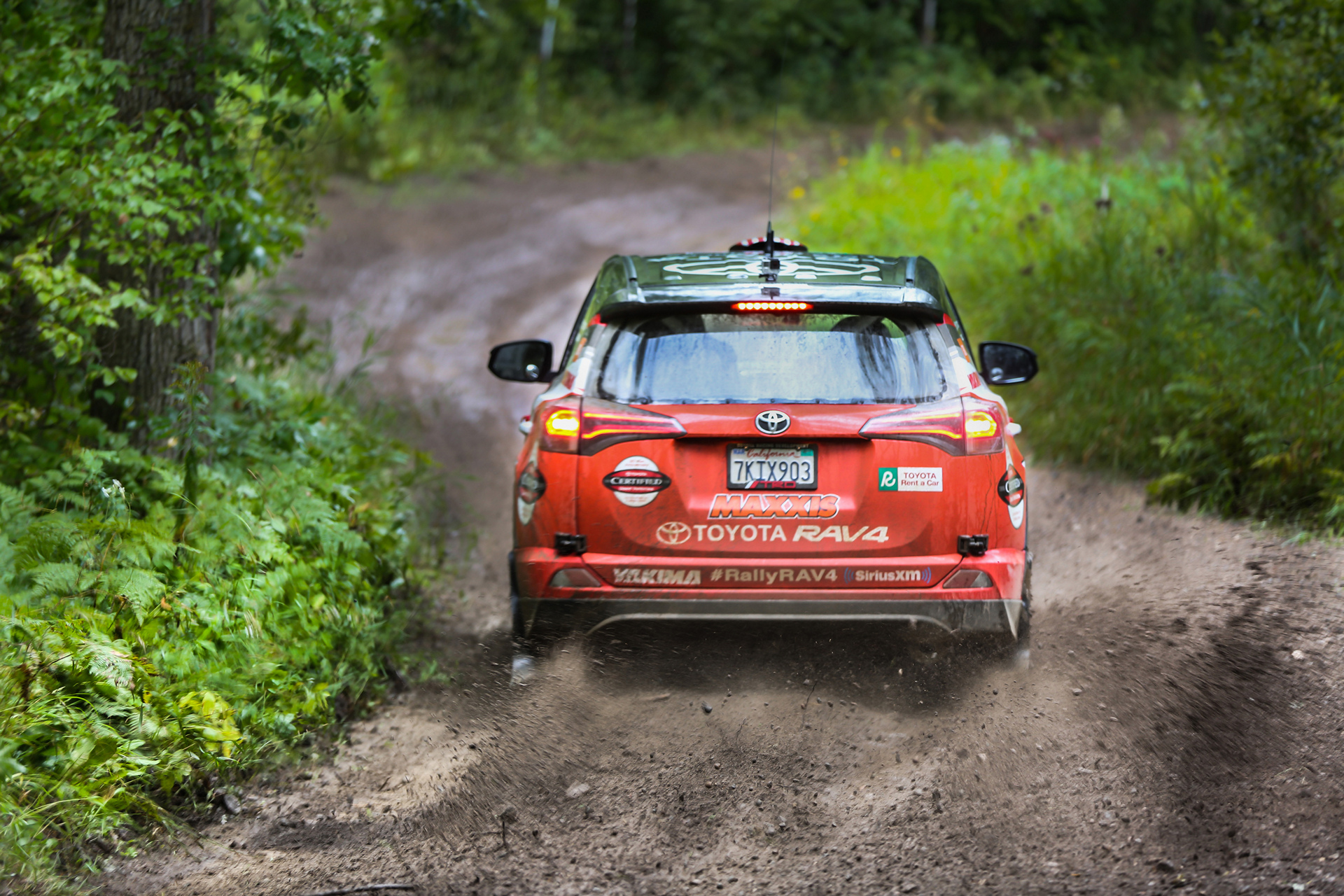 Getting to the podium’s top spot wasn’t easy, and began with two speedy two-wheel drive cars quickly outpacing the third place RAV4 for a brief period. By the end of Stage 3, Millen’s consistency and patience paid off, as he put the Rally RAV4 well ahead in first place within his class. From there, he would hold on to the lead for the duration of the rally.

At Stage 9, Strawberry Mountain, Millen’s lead dwindled to under 45 seconds. Fellow two-wheel drive competitor Cameron Steely put the pressure on hard. He wasn’t about to give his race up – but neither were Millen and Fate. At the end of the rally’s final stage in Indian Creek, Millen and Fate kept Steely at bay and pulled off a decisive win. 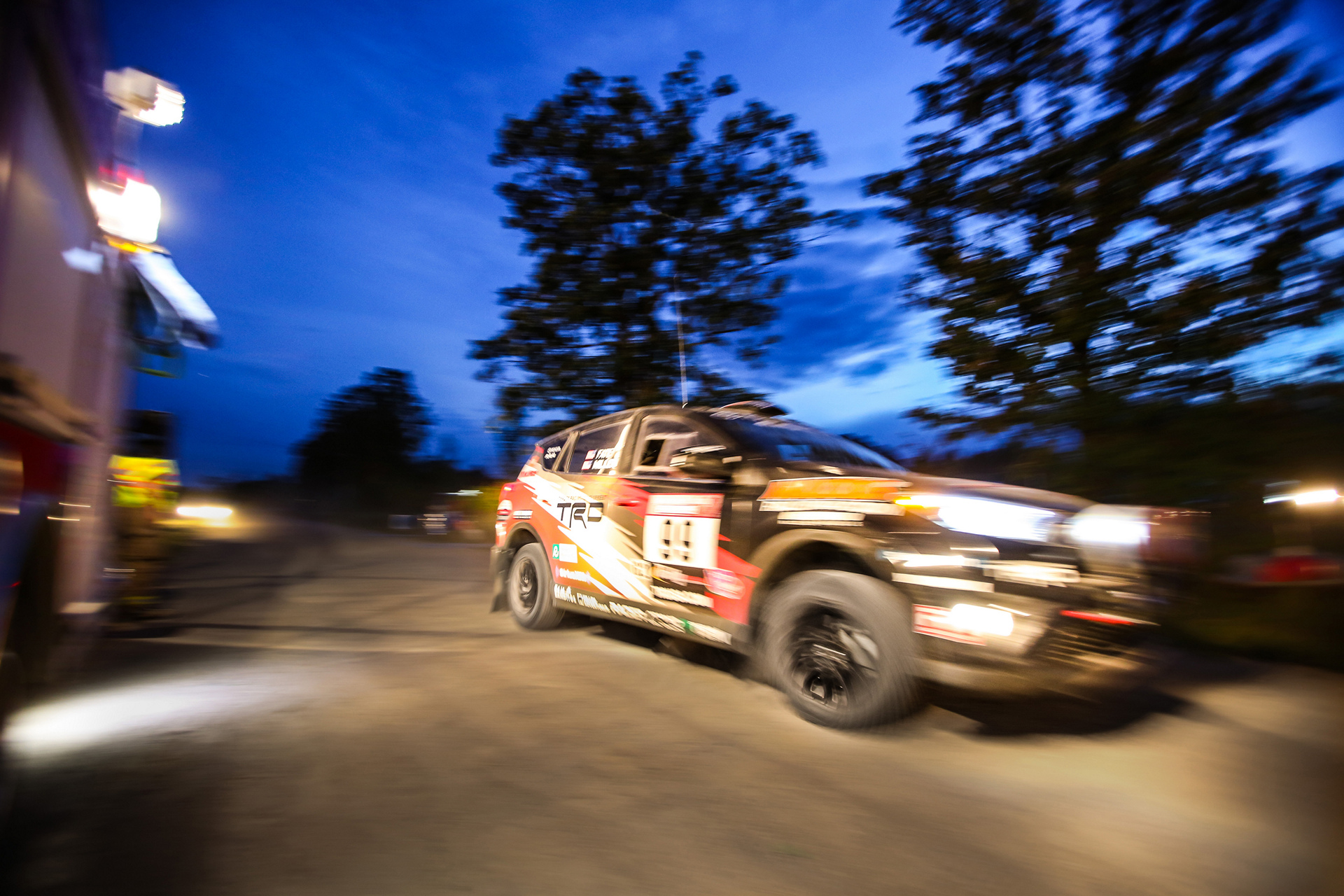 “This was a pretty solid win,” said Millen. “It’s crazy to spend a whole year trying to be as consistent as possible, and now it’s come down to one race.”

Millen and team credited some of the performance to some great setup and testing time with the suspension experts at Tein. The new shock package did positively impact the RAV4’s quickened pace, yet it would have been severely diluted without the bulletproof reliability the RAV4 always brings direct from its factory.

“I’m very proud of where we’re at…it’s really rewarding for me,” said an exhausted Millen after the race. “We’re hungry for it, they’re hungry for it. There’s only one goal…winner take all.”

With just one remaining race for the National Championship, the team now prepares for the Lake Superior Performance Rally in Houghton, Mich. on October 14.