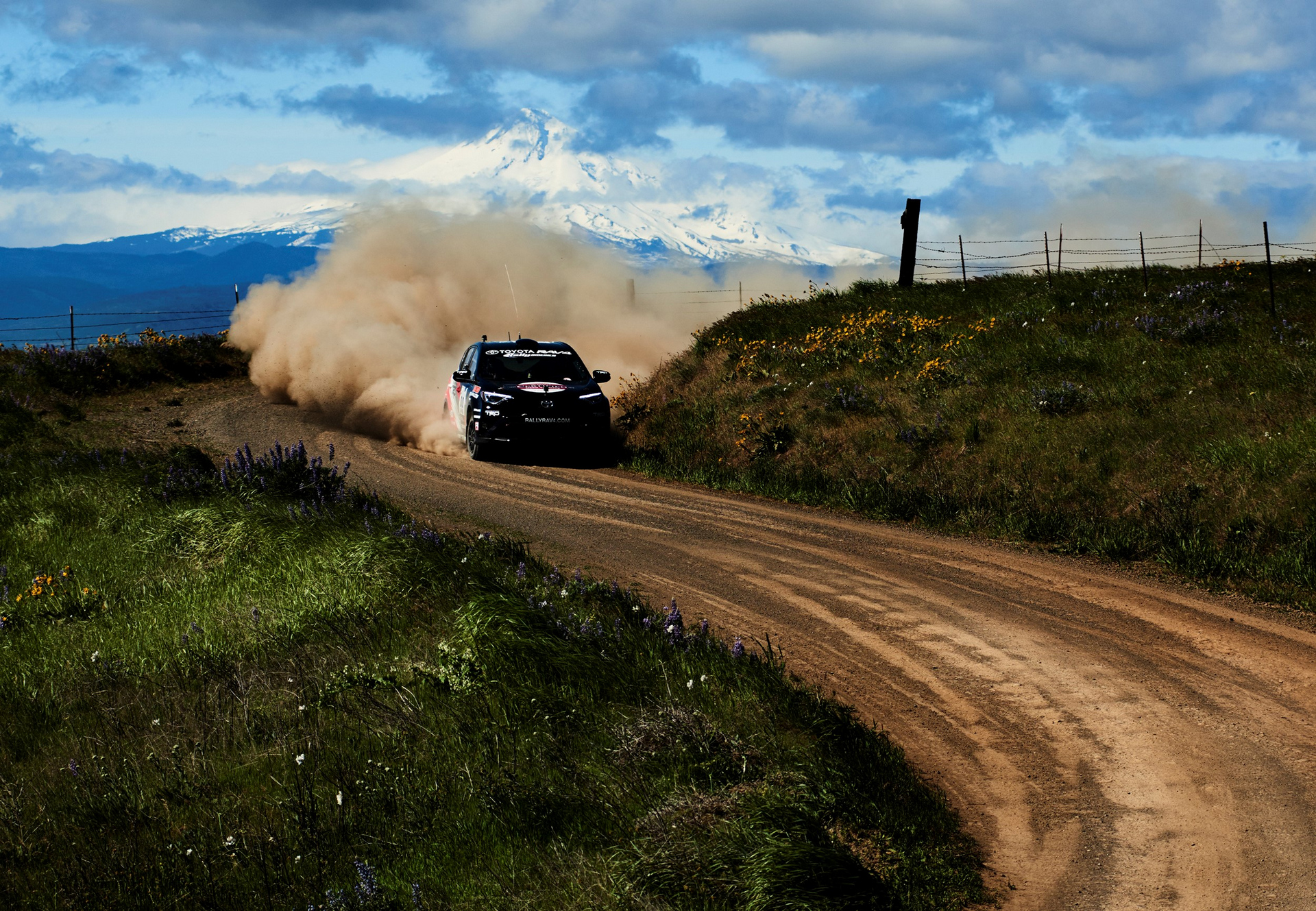 This past weekend at the Oregon Trail Rally in Portland, Oregon, Ryan Millen and his Toyota RAV4 SE finished ahead of all other 2WD competitors to win the class, and put the capable RAV4 in the top five overall.

It wasn’t all smooth sailing though, as the team had to fight and claw for the win. The three-day rally challenged the team, but they steadily kept moving forward, and eventually won the race.

The first day Millen and Fate felt things out, keeping the RAV4 out of trouble, but several cars in class still lay ahead of them. The obstacles, figurative and literal would prove challenging, but certain things still played to the RAV’s advantage.

“The big open class boys were pulling out boulders,” remembered Millen. “There was no way to dodge them all. We bent a wheel, but overall in those rough terrain sections, the RAV was great. It has so much wheel travel; we don’t have to slow down as much as some of the other cars.”

A bit of mechanical trouble threatened the team’s progress on Friday night. A shock would fail, but Brian Hoeppner, the team’s crew chief, would spring into action, fixing the car, and bringing it up to full speed before the stages on Saturday.

Saturday would prove to be an onward assault for Millen and the RAV4, as they climbed up the 2WD Class ladder, eventually finishing the day out in second place. They would then head into the last series of stages for Sunday.

Down 13 seconds on the first place car going into the final stage, Stage 18, the team thought they would have to be satisfied with the second step on the podium, but when the dust settled, and after nearly 2 hours of racing, the RAV4 soared ahead of the leading Fiesta by a scant 10 seconds. It marked the team’s first win in the Rally America series this season.

It was particularly rewarding, coming off of a heart-breaker at 100 Acre Wood. Responding with such grit and determination, and then eventually winning the very next rally proved that Millen and the RAV4 are a force to be reckoned with.

“There were so many highs and lows in the race…things just never stopped,” said Millen. “At the end of the rally it was just such an amazing feeling. I can’t even describe it.”

After three rallies in the series, the RAV4 sits squarely in the hunt for the championship, with five rallies to go.

The team now prepares for the Olympus rally on May 14, the next stop of the Rally America series.