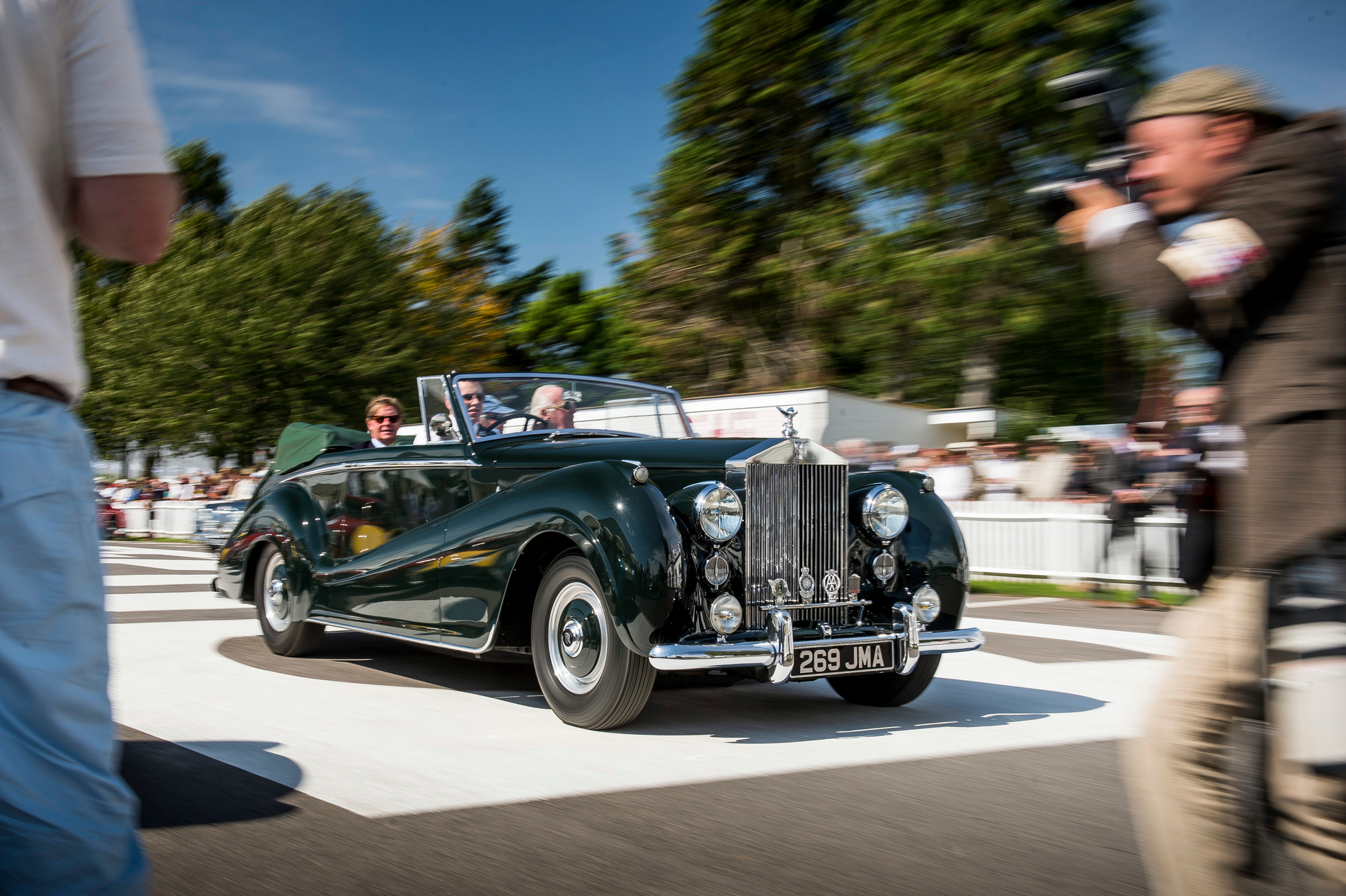 Rolls-Royce will celebrate the 2016 Goodwood Revival with a significant presence at the legendary motor circuit. The centrepiece will be The March Motor Works, which this year is transformed into a period Rolls-Royce showroom, recapturing the sights, sounds and atmosphere of the marque’s glamorous Berkeley Square and Park Lane premises in London’s West End during the 1950s.

Within the ‘Berkeley Square’ showroom, Rolls-Royce will be represented by two magnificent cars from the company’s 113-year history. The first, a 1923 Silver Ghost Springfield, has a ‘New Haven Salamanca’ body finished in Black and Dark Blue and an interior in Black hide (front) and Grey cloth (rear). This is accompanied by a 1967 Phantom V, built by coachbuilders James Young but featuring unusual ‘Hooper’ style rear quarter windows. The coachwork is finished in Midnight Blue with an interior in Tan hide.

Rolls-Royce is also recreating the famous White Glove Training School, reminiscent of the professional training that chauffeurs received from the Company. Mechanical skills were a key element in this training, so the space will include authentic work-benches, blackboards, wallcharts, tool boxes and manuals.

Rolls-Royce will be represented on the famous Motor Circuit itself throughout the event by a handsome 1954 Rolls-Royce Silver Dawn, built by coachbuilders Park Ward. One of very few ever made, this splendid two-door Drophead Coupé will form part of the Course Director’s entourage giving invited guests an opportunity to experience the marque’s legendary ‘magic carpet ride’ for themselves, in period luxury, if only marginally disturbed by the ticking of the original mechanical clock!

An exclusive fleet of Rolls-Royce motor cars will also be evident in the Goodwood area during the Revival weekend with invited VIP guests being conveyed in luxury from the Company’s manufacturing plant and head office on the South-Eastern corner of the Goodwood Estate.