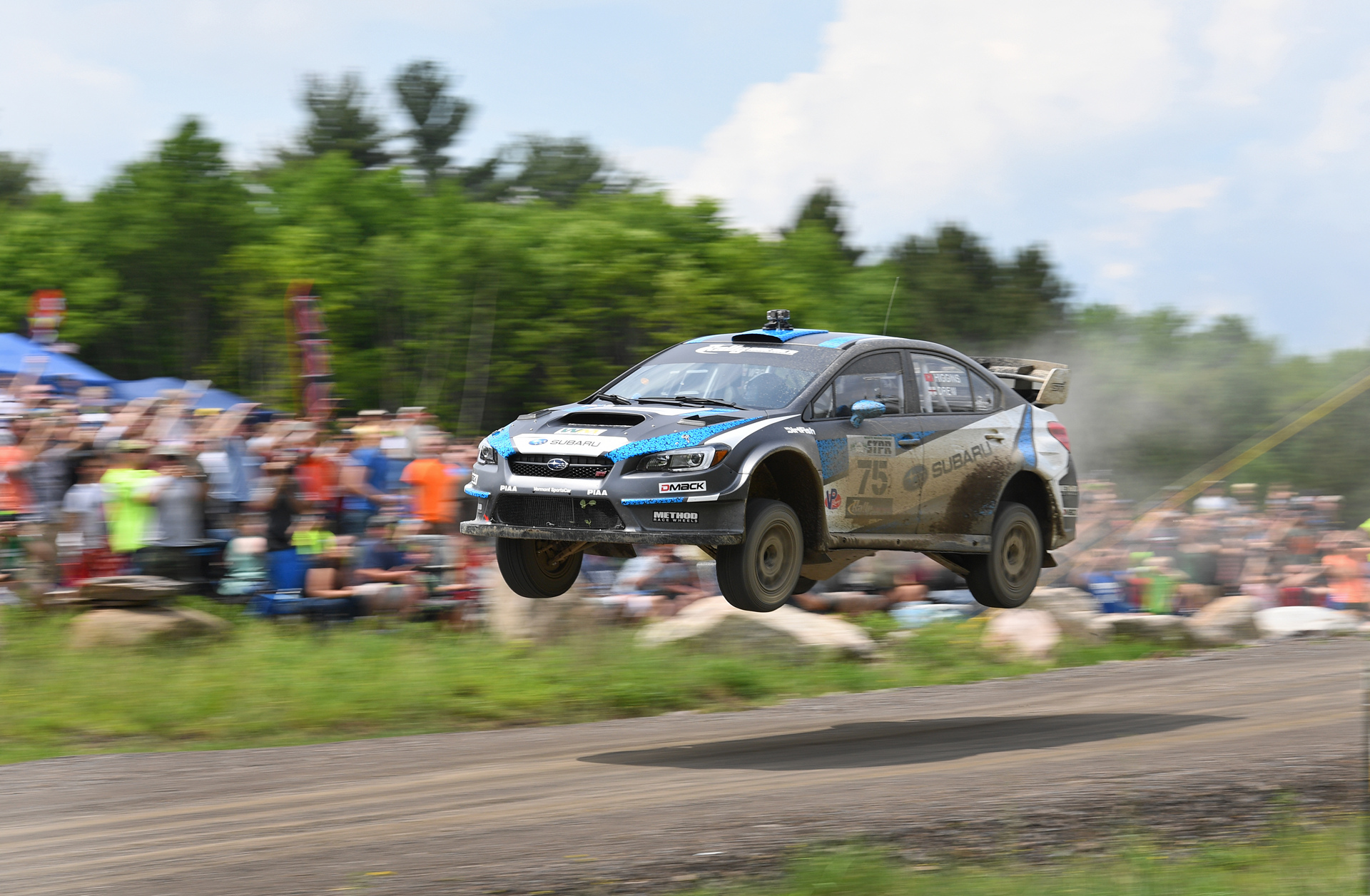 Subaru Rally Team USA driver David Higgins continued his recent dominance of the Susquehannock Trail Performance Rally (STPR) with a faultless performance this weekend, earning him his third straight victory there. Higgins, with co-driver Craig Drew won all but two of the event’s 13 competition stages at the wheel of their 2016 Subaru WRX STI rally car.

Higgins’ chief rival and Subaru teammate Travis Pastrana was forced to withdraw from the event after going off course early on the second day, Pastrana and his co-driver Christian Edstrom were uninjured. 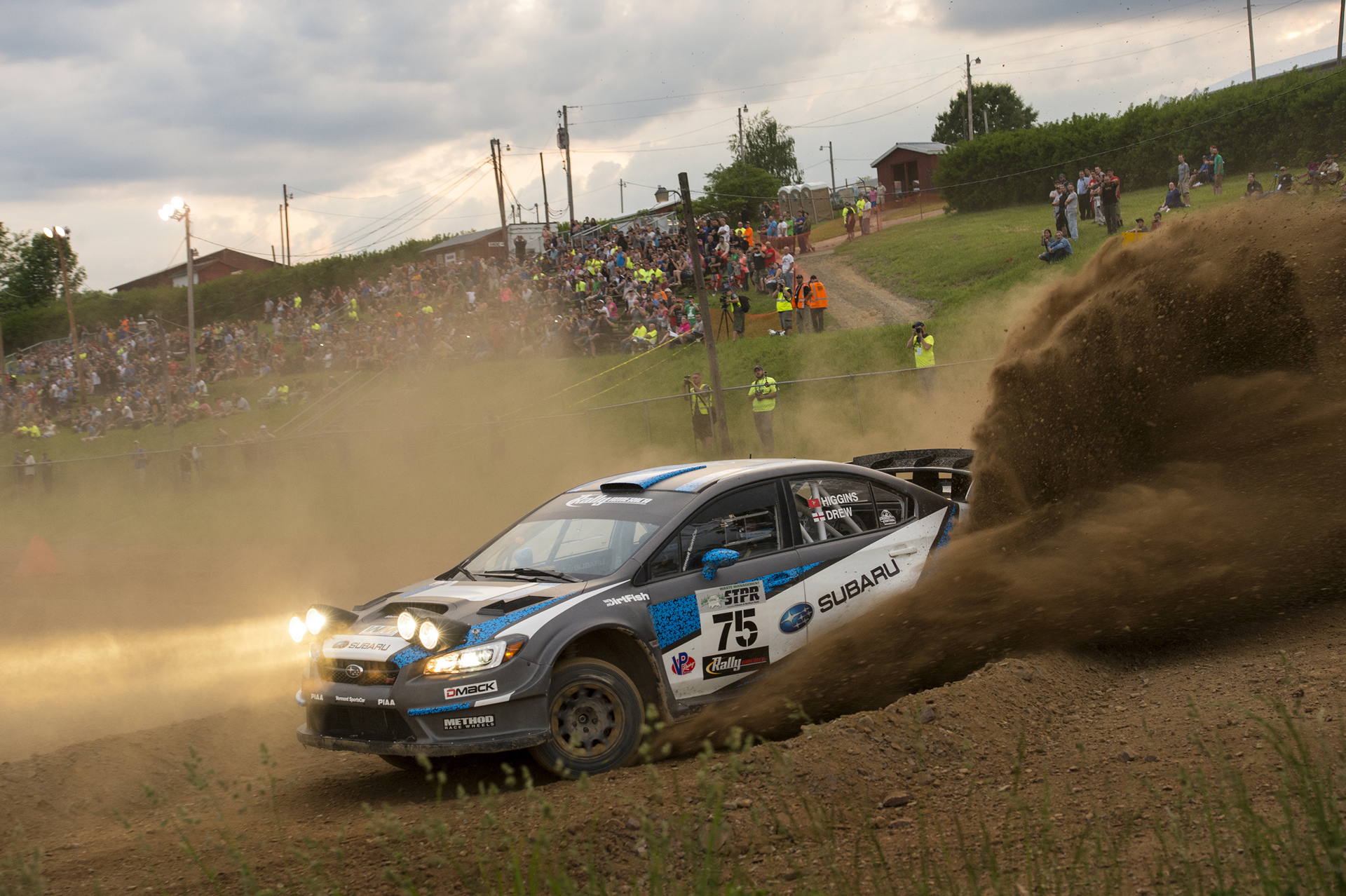 Round five of the 2016 Rally America National Championship Series, STPR is headquartered in the town of Wellsboro in central Pennsylvania. STPR celebrates its’ 40th anniversary this year and is the oldest, continuously-running motor sports event in the state. The event features extremely fast serpentine forest roads that are regarded as some of the most challenging in the championship. The sometimes slick conditions, coupled with trees just inches from the racing line leave zero margin of error for the drivers.

Higgins has now tallied six victories at STPR during his career. He also has extended his lead in the Rally America National Championship where he is aiming for his sixth straight Driver’s title.

“STPR is a huge challenge, the nature of the roads with the high-speeds and trees so close means you can’t make any mistakes,” explained Higgins. “(Co-‘driver) Craig Drew was perfect on the notes and our Subaru was a joy to drive here, the team has done a great job with the car, as we bested many of our stage times from last year.” 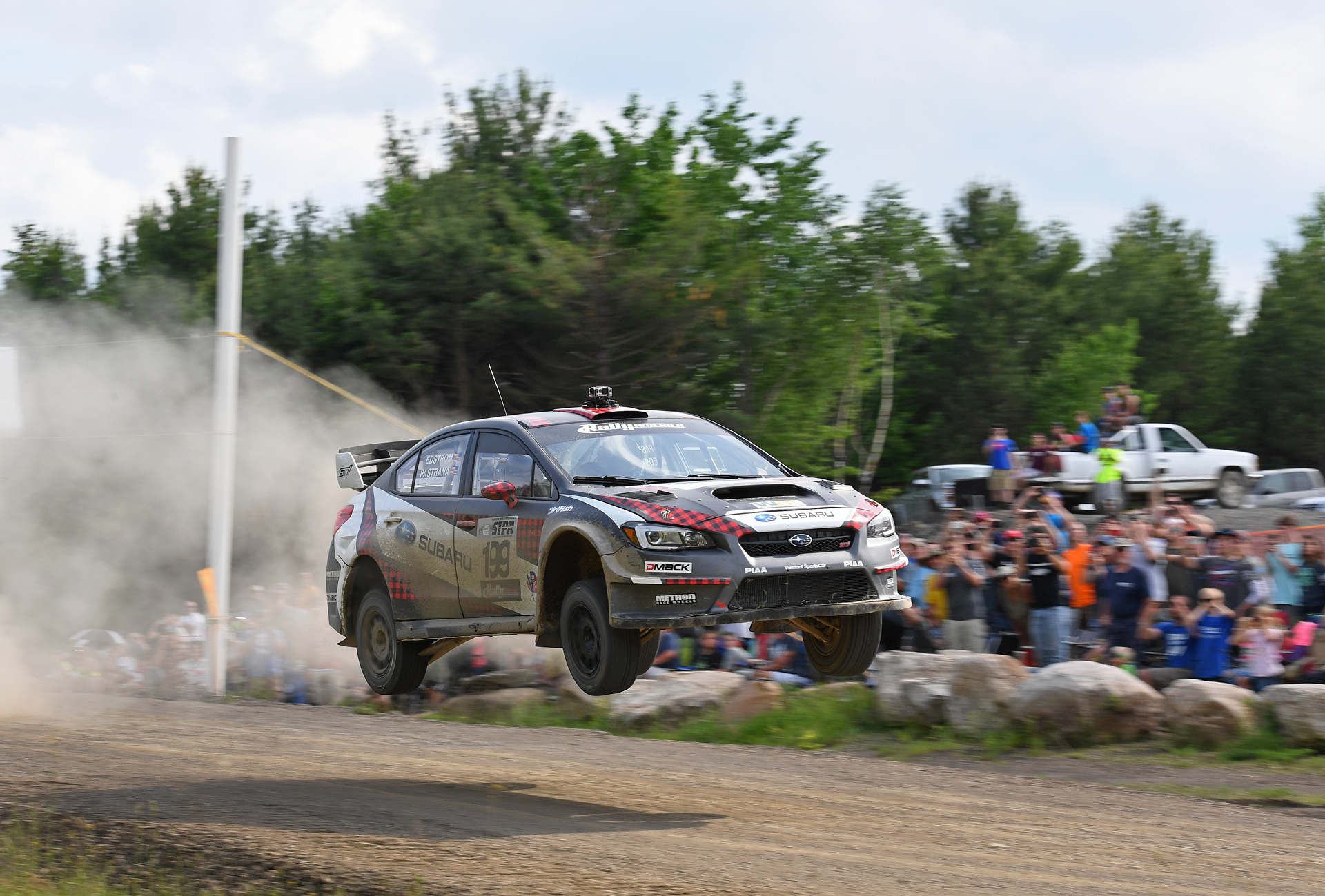 Subaru driver Travis Pastrana showed strong pace despite retiring early from the rally from an off © Fuji Heavy Industries, Ltd.

For Higgins’ teammate Travis Pastrana a victory at STPR remained elusive for another year. STPR is the only event in the Rally America series that Pastrana has yet to earn a victory on, although he has earned several podiums in the past.

“It is such a privilege to drive this Subaru here, and we just got caught out this time. I have not raced here since 2009 and so we knew it was going to be challenge to go against David and Craig here. This rally is so fast and there is just no room for error. We’ll try again next year to earn that win!”

Subaru Rally Team USA’s next stage rally event will be the New England Forest Rally (NEFR) July 15-16 where David Higgins will compete. Travis Pastrana will sit out NEFR this year as due to commitments to the Nitro World Games, held in Salt Lake City, July 16th.