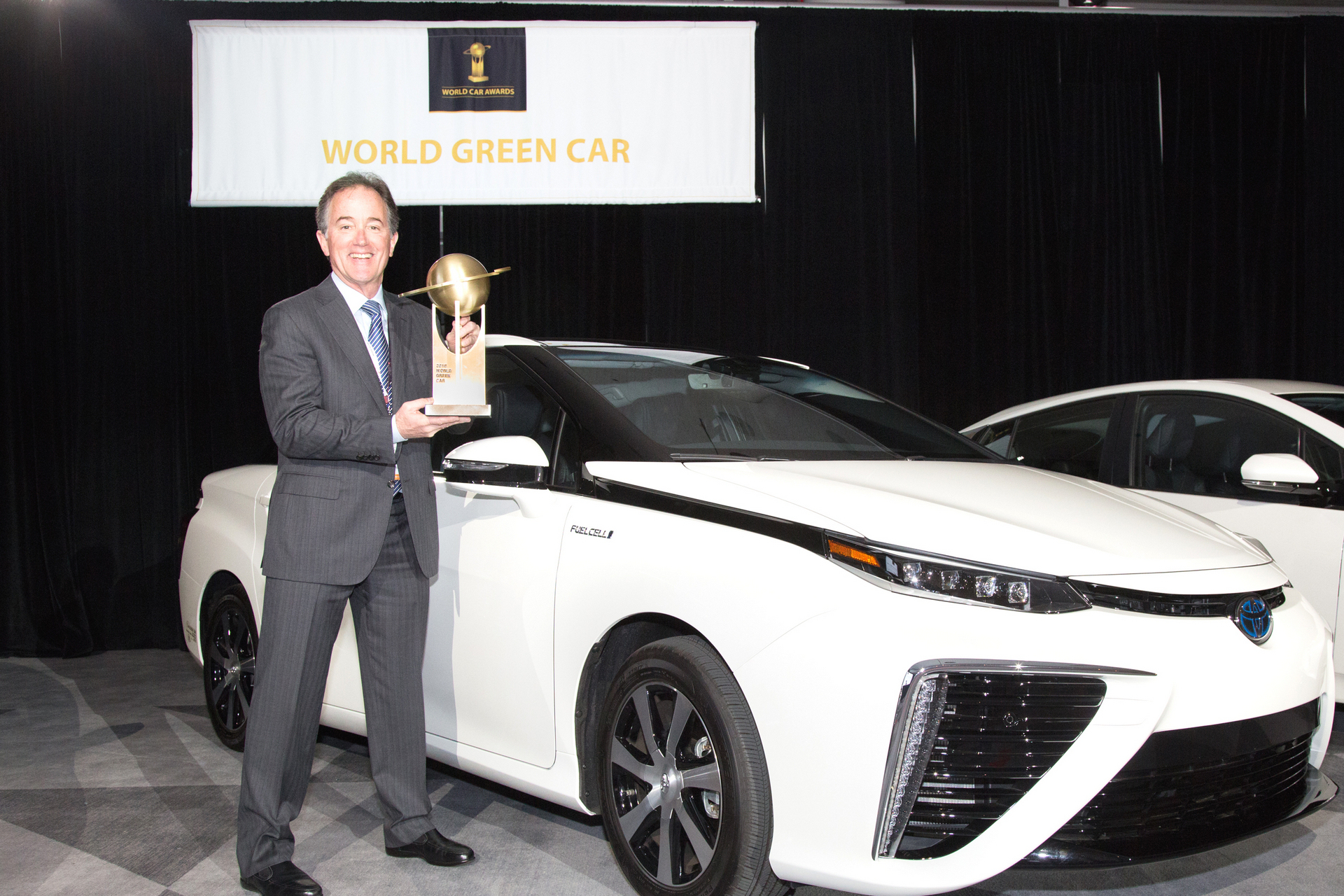 “Just as Prius changed the world nearly 20 years ago, the hydrogen-powered Mirai is ready to make history,” said Bill Fay, group vice president and general manager, Toyota Division. “With a range of over 300 miles per tank, a refueling time of under five minutes, and emissions that consist only of water vapor, Mirai is leading the world forward toward a more sustainable future.”

The Mirai was chosen from an initial entry list of eight new vehicles from all over the world. Tailpipe emissions, fuel consumption, and use of a major advanced power plant technology (beyond engine componentry), aimed specifically at increasing the vehicle’s environmental responsibility, were all taken into consideration.

Vehicles in all award categories are selected and voted on by an international jury panel comprised of 73 top-level automotive journalists from 23 countries around the world.