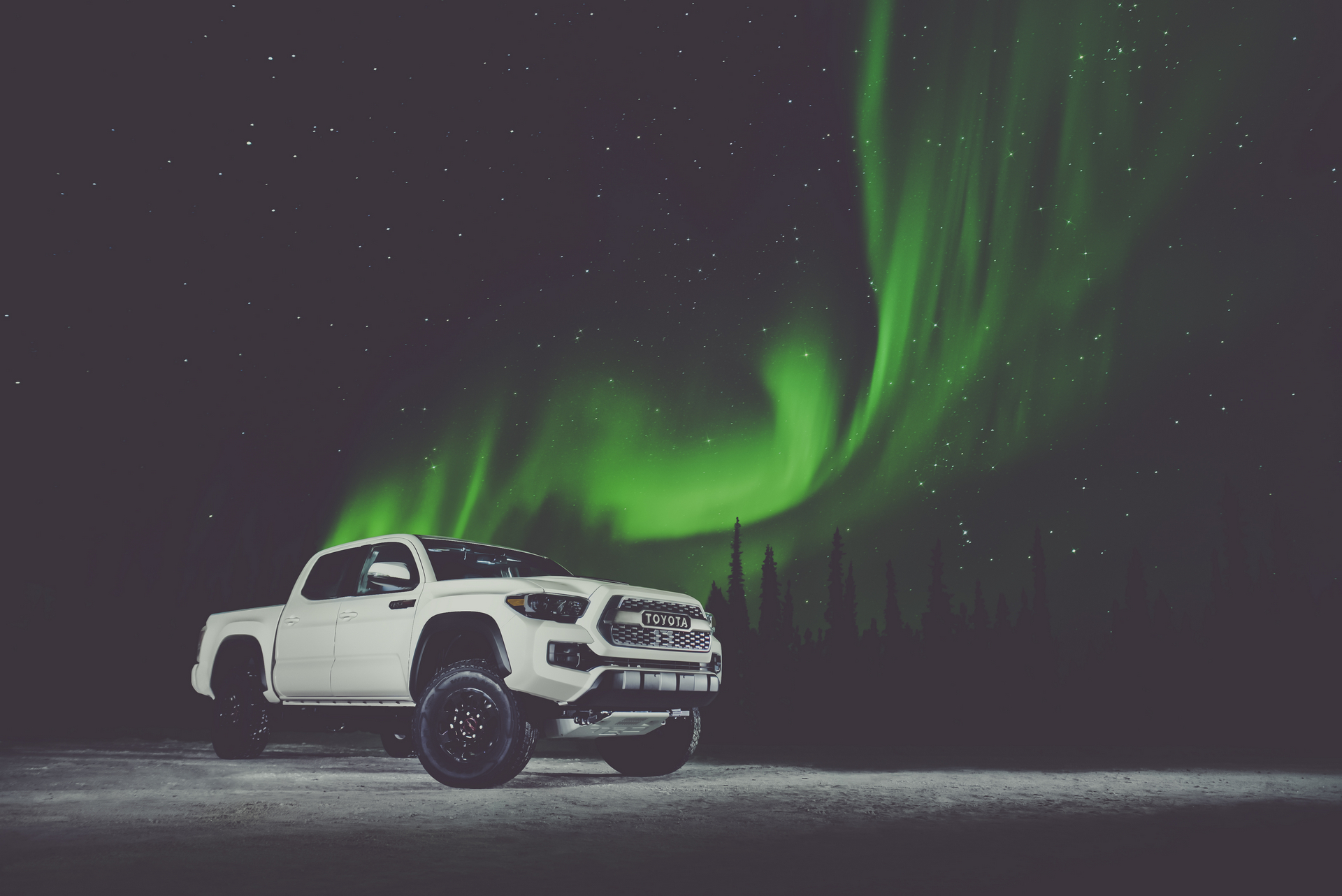 It’s dirtier than ever and it’s coming soon! It’s the highly anticipated return of the all-new Toyota Tacoma TRD Pro! Whether tackling treacherous snow-covered terrain, driving off the beaten path, or surviving extreme conditions where roads fear to tread, the adrenaline-pumping Tacoma TRD Pro will be up for any challenge.

Based on the ninth-generation Toyota Tacoma pickup that launched last fall, the Tacoma TRD Pro will start getting down and dirty when it reaches dealerships later this month.

The Toyota Tacoma rejoins the 2017 model year TRD Pro family with all-new factory-installed off-road equipment designed by the experts at Toyota Racing Development (TRD) to make it EVEN MORE off-road capable than before.

Aimed squarely at extreme off-roading enthusiasts who know the value of body-on-frame construction, and challenge themselves and their trucks and SUV’s in some of the harshest conditions, the new 2017 Tacoma TRD Pro will raise the bar on TRD Pro performance. Courtesy of TRD, the new Tacoma TRD Pro will add an array of new performance equipment and features, making this a truly next-generation TRD Pro product, and the new benchmark for challenging off-road terrain.

The 2017 Tacoma TRD Pro is designed to not only look tough, but to perform in the toughest off-road environment. Based on the Tacoma TRD Off-Road 4×4 Double Cab Short Bed model in either 6-speed manual (with clutch start-cancel switch) or 6-speed automatic transmission, the new Tacoma TRD Pro will be available in three exterior colors: Cement, Barcelona Red Metallic, and Super White. The exterior of each Tacoma TRD Pro model will also include:

Driving a truck designed for harsh off-road conditions does not mean you also have to live without riding in comfort or the latest safety and convenience technologies. The new Tacoma TRD Pro combines performance and convenience with standard features that include:

As in all Tacoma models, a GoPro® mount is located on the windshield for serious off-roaders who like to document their exploits with GoPro® HERO cameras.

The new 2017 Tacoma TRD Pro continues to be all about off-road performance. The Tacoma TRD Pro will be powered by a 3.5-Liter V6 DOHC 24-valve direct-injection Atkinson-cycle engine with VVT-iW (Variable Valve Timing-intelligent Wide) intake and VVT-I exhaust.

Tacoma TRD Pro really earns its off-road cred through suspension and exhaust enhancements that include:

Every Tacoma TRD Pro will be equipped with 4WDemand part-time 4WD with a transfer case and Automatic Limited-Slip Differential (Auto LSD) that are both electronically-controlled. Also standard will be a V6 Tow Package that includes a Class-IV towing receiver hitch, ATF cooler (automatic only), engine oil cooler, power steering cooler, 130-amp alternator, 4- and 7-pin connector with convertor, and Trailer-Sway Control (TSC).

The added traction of 4WD is great, but with Active Traction Control (A-TRAC), it’s even better! Equipped only on the Tacoma TRD Pro manual, A-TRAC is a 4WD traction control system that uses the 4-channel ABS system to control power flow to the front and rear wheels, all without cutting throttle input, to help make traction no matter where you may be.

When the trail gets challenging, Tacoma TRD Pro’s Crawl Control (CRAWL) will help drivers conquer their off-road adventure. Equipped on automatics only, this advanced system automatically modulates the throttle and brakes on five low-speed settings so you can keep your focus on navigating across difficult terrain.

Equipped on Tacoma TRD Pro automatic is the Toyota Multi-terrain Select system. With five modes to choose from, the system helps regulate wheel spin by automatically adjusting the engine throttle and traction control. When combined with Goodyear Wrangler All-Terrain tires with tough Kevlar construction, Multi-terrain Select helps enhance traction dramatically, meaning you can get back to the fun more quickly.

Tacoma TRD Pro’s Hill Start Assist Control (HAC), equipped on automatic transmission models only, helps you safely get up those hills. This technology helps minimize Tacoma from rolling backward when you move your foot from the brake to the gas pedal, so you can move upward with confidence.

An electronically controlled locking rear differential is also standard to help distribute engine power evenly to both rear wheels so they move at the same speed, providing more grip in low-traction conditions.

The MSRP for the Tacoma TRD Pro does not include the delivery, processing, and handling (DPH) fee of $940. The DPH fee for vehicles distributed by Southeast Toyota (SET) and Gulf States Toyota (GST) may vary.