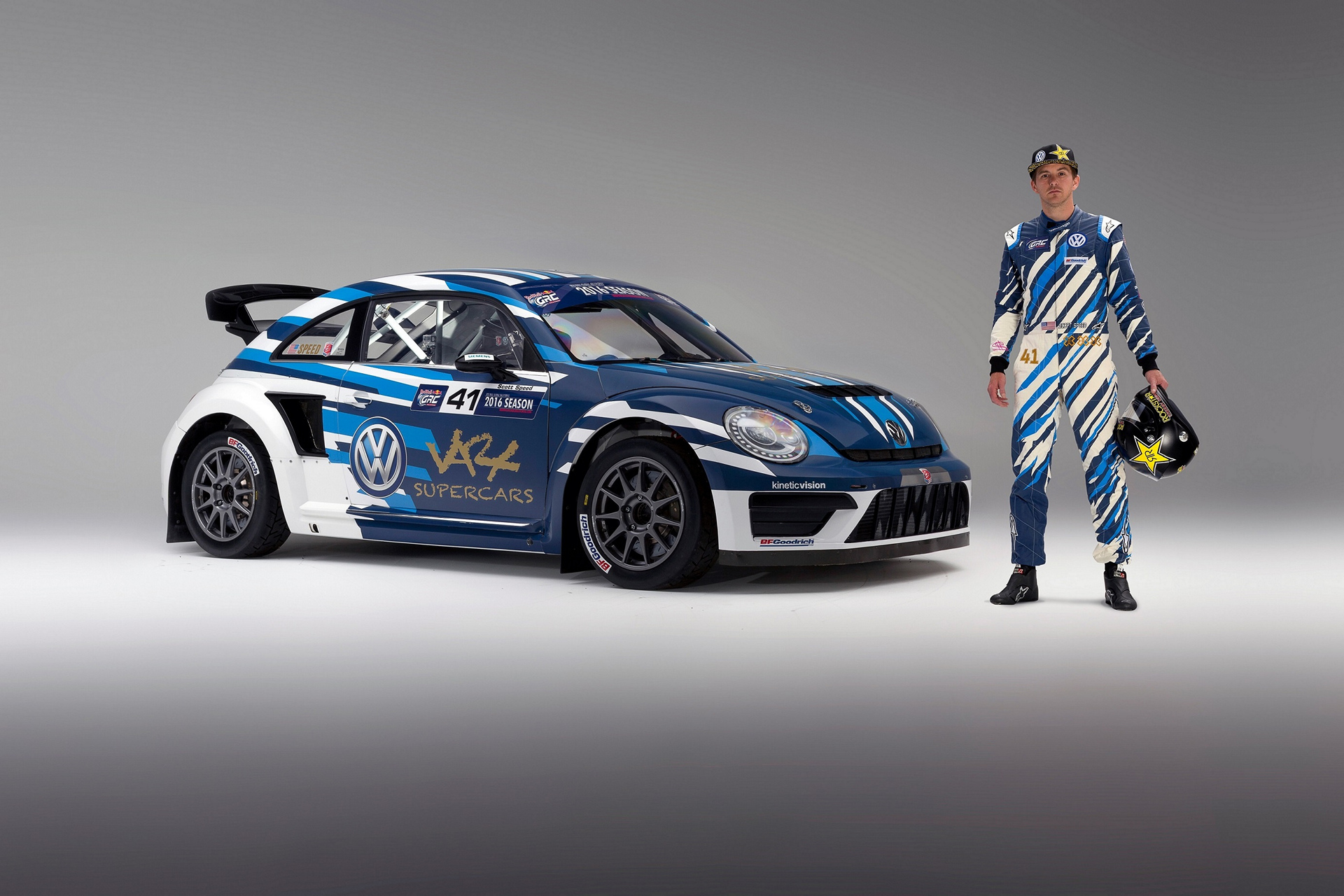 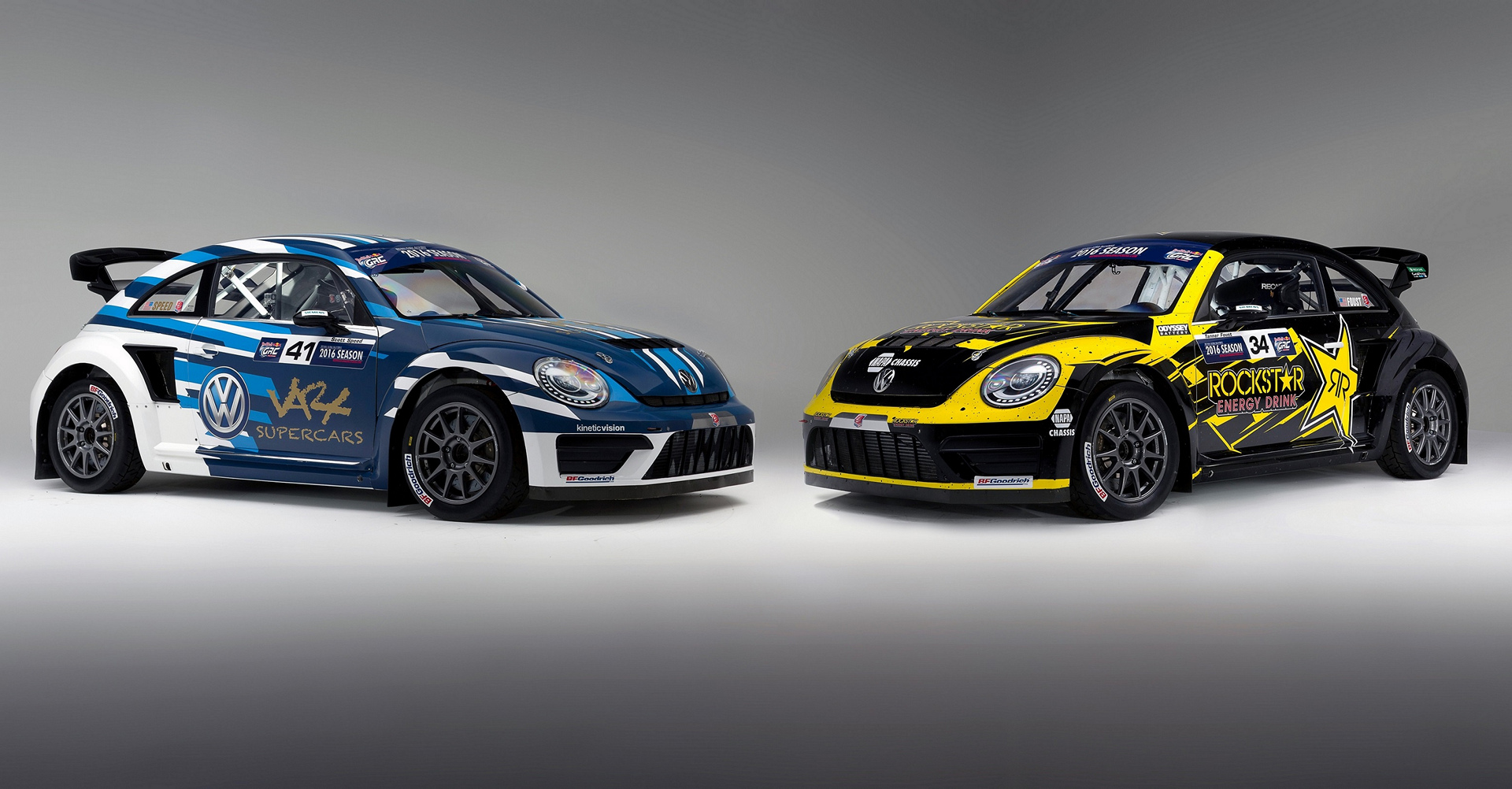 Volkswagen Andretti Rallycross enters the 2016 Red Bull Global Rallycross championship this weekend, May 21-22, in Phoenix with high expectations, aiming to match the successes of their 2015 campaign which included a series-high six race wins, the driver’s championship for Scott Speed, and overall team accolades for the season. With consistency in drivers, key team personnel, and machinery, the VARX team has a stable platform to continue the run of success it saw in 2015.

Tanner Foust and Scott Speed will team up together for a third straight season, forming one of the strongest pairings in the sport, “Scott and I complement each other really well,” explained Tanner Foust during pre-season testing. “Our different backgrounds, drawing on experience from so many diverse driving disciplines, allow us to help one another out in ways we couldn’t if we both came from the same sort of racing.” Speed echoed the sentiment, heaping praise on his teammate Foust, “I’ve got one of the best teammates you could ask for with Tanner. He’s been a part of Global Rallycross from the beginning and his experience with this kind of racing is unparalleled. Tanner’s been a great resource to help our team become the best out there in such a short time.” 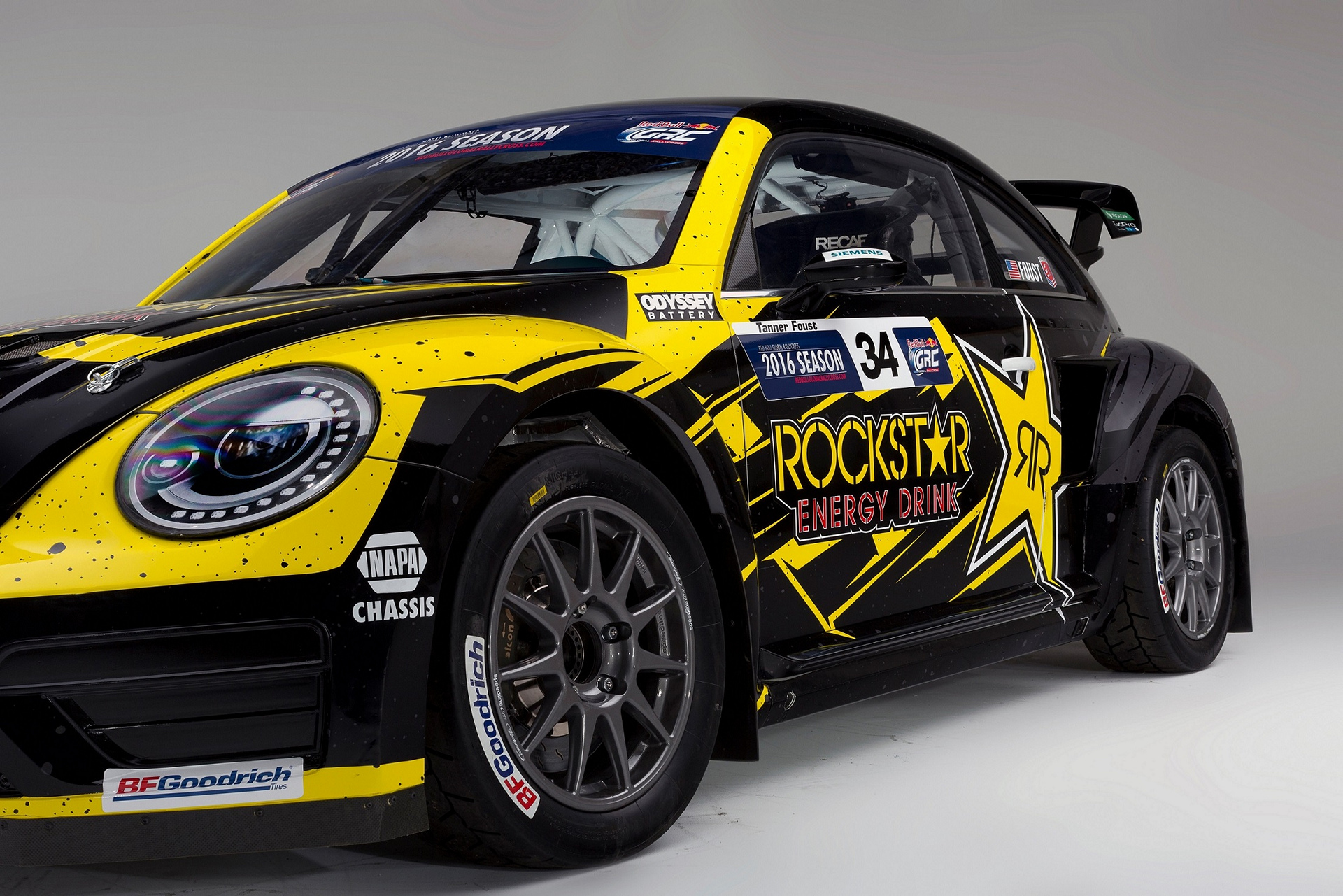 The Volkswagen Andretti Rallycross team is a collaboration between Indianapolis-based Andretti Autosport and Volkswagen Motorsport in Hannover, Germany. 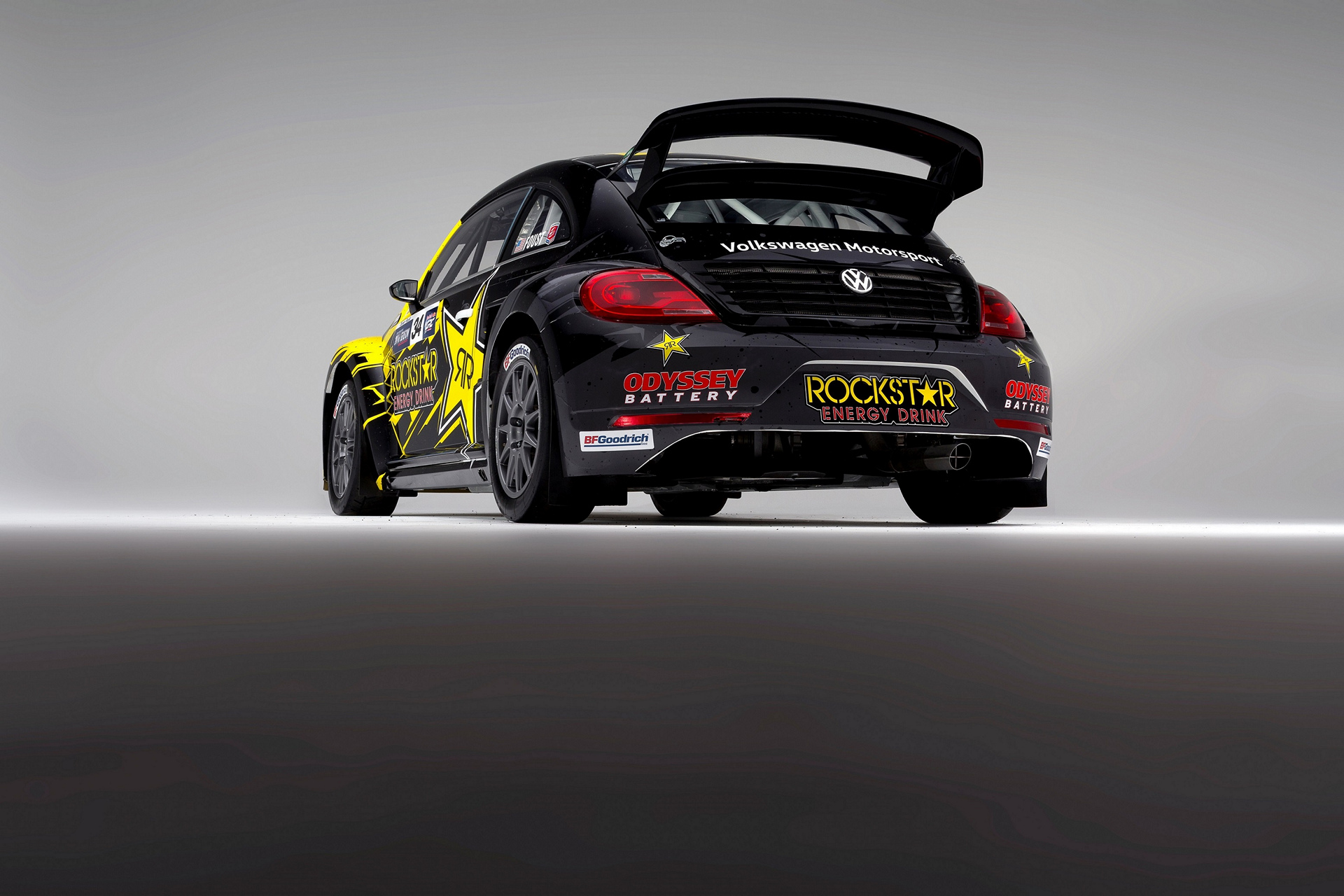 “The VARX team is an international effort unlike anything else in Global Rallycross,” said Foust. “We spend a lot of time working with Volkswagen Motorsport and benefit from the championship-winning experience and development of their World Rally Championship program. It’s an advantage that’s helped us a great deal in our own work with the Beetle GRC, speeding us along the learning curve with a new car.” 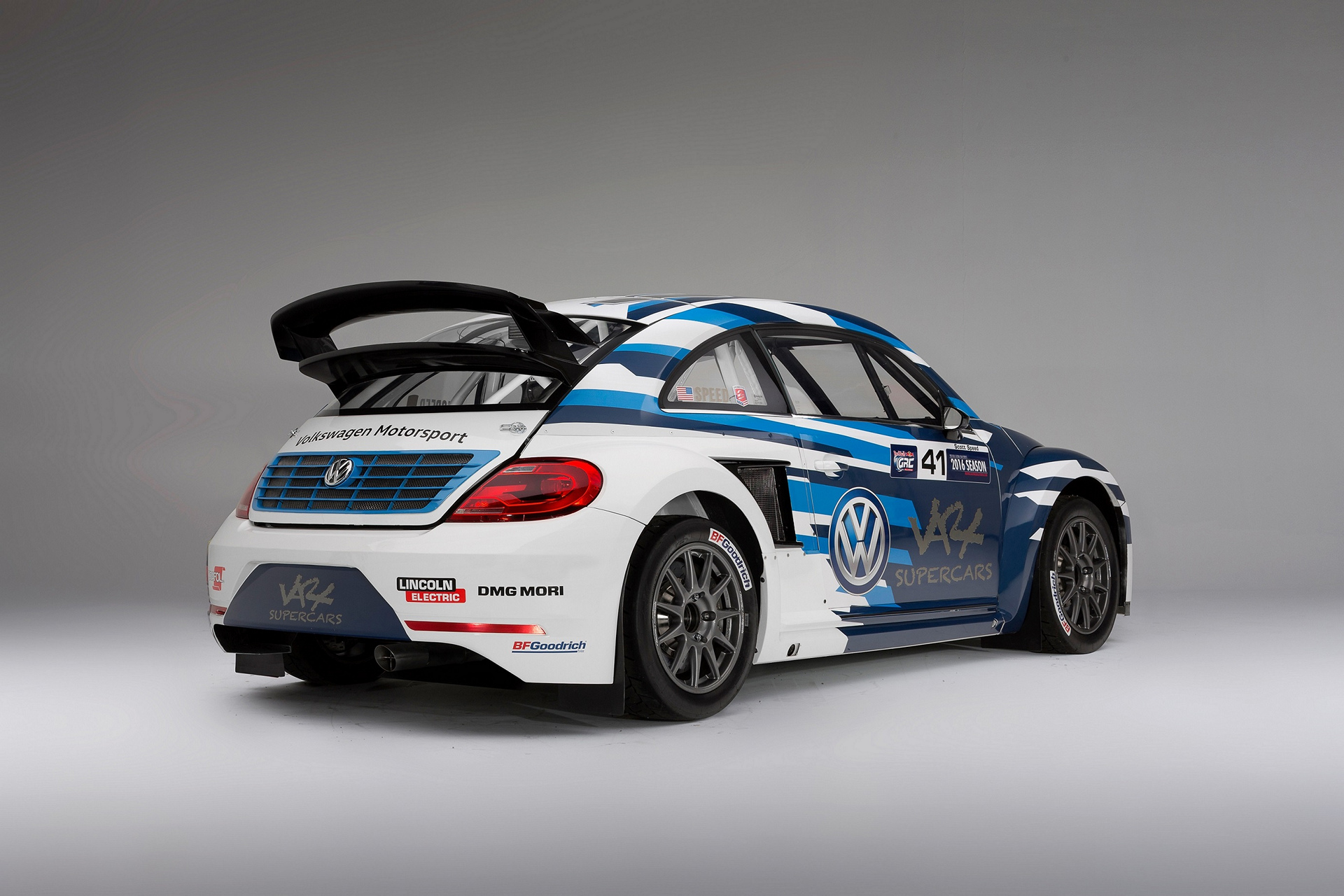 This is the second full-season for the 560 horsepower Volkswagen Beetle GRC, a platform that claimed six victories, six pole positions, and eight other podium finishes in 2015.

“At the start of last season, we didn’t know a whole lot about the car, so we made a lot of educated guesses about what would work,” said Speed. “As the results show, the Beetle GRC was extremely quick out of the box, and I’m looking forward to what we can do now that we have a better understanding of the vehicle’s dynamics and characteristics.”

Speed will be searching to repeat his championship-winning form of 2015, defending a title he clinched with a third-place finish in the season finale at Las Vegas.

“It’s been a long time since I’ve had a chance to go back-to back with championships, so I’m looking forward to the challenge,” he said with a smile. “I’m grateful to both Volkswagen and Andretti for the opportunity they’ve given me by putting me in this car with the best team on the grid.”

For his part, Foust won’t make his teammate’s job any easier than it has to be.

“Scott had a great season last year, but I’m going to make him work for it in 2016. I know from personal experience what it takes to win back-to-back championships in GRC, so I hope he comes prepared,” he laughed. “Either way, with the team we have behind us, I’m confident that like last year, the championship will come down to one of us. I’m excited to get started!”

The first two rounds of the 2016 Red Bull Global Rallycross Championship will air on NBC Sports this Sunday, May 22 at 2:00PM (ET).