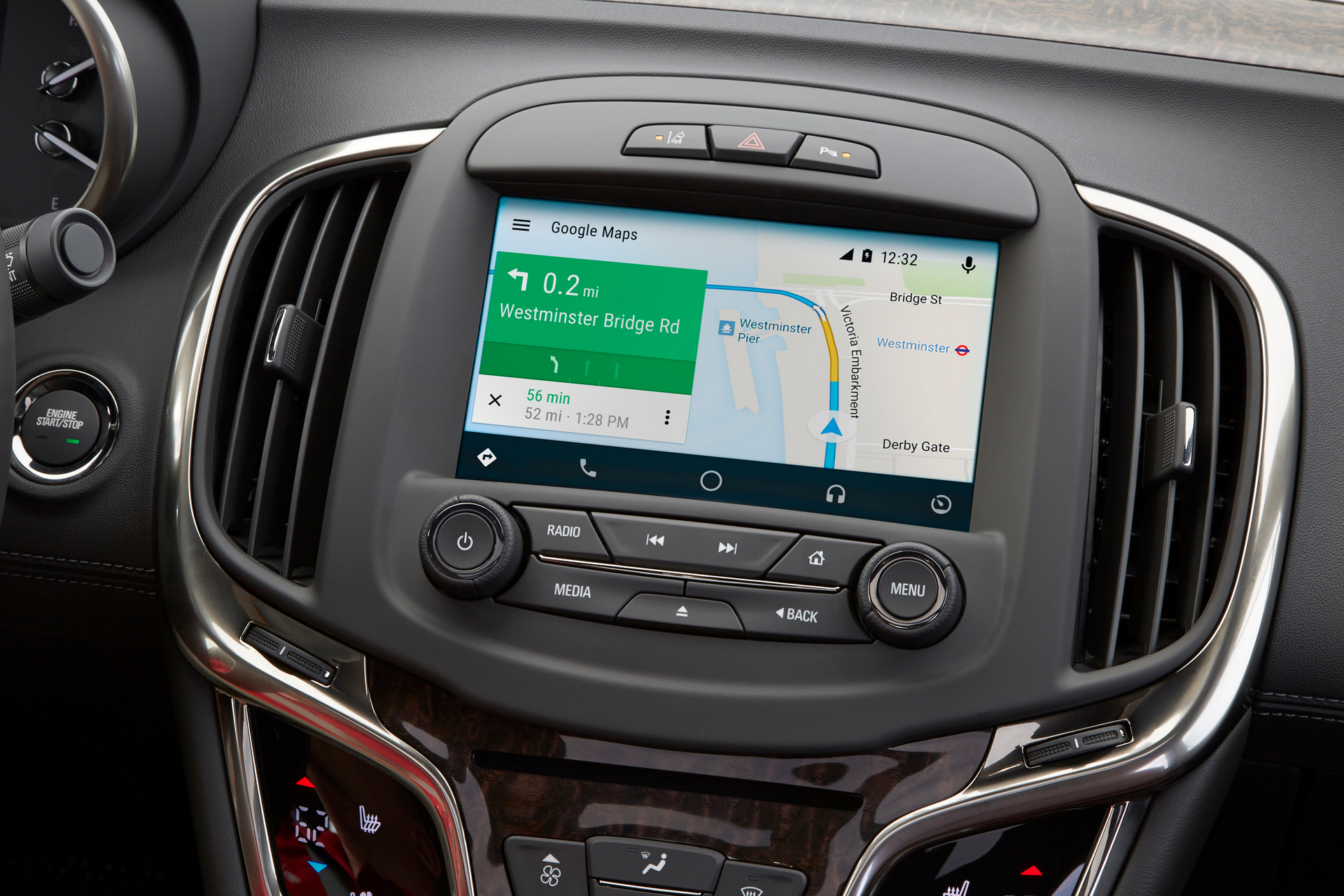 Earlier this year, Buick announced it will offer Android Auto and Apple CarPlay compatibility in the 2016 LaCrosse and Regal, with Apple CarPlay included as standard equipment from the start of the model year and Android Auto available later. Customers who purchased those vehicles and use Android phones will now have the same level of smart, simple smartphone integration.

“Innovation at Buick means investing in features that contribute to the well-being of our customers, meaning features that contribute to a better in-vehicle experience,” said Duncan Aldred, vice president of Buick and GMC Sales, Service and Marketing. “Our commitment to Android Auto is such a strong proof-point of that strategy and we’re delighted to make it available to new and existing Buick customers.”

Buick’s availability of Android Auto and Apple CarPlay will continue to expand this year with the arrivals of new products to the brand’s showrooms. For the 2017 model year, availability will include the Regal and the all-new LaCrosse, as well as the Envision compact crossover and redesigned Encore small SUV.

Android Auto requires a phone running the Android Lollipop 5.0 operating system or higher, while Apple CarPlay requires an iPhone 5 or later. The user interfaces themselves are designed and developed by Apple (for Apple CarPlay) and Google (for Android Auto).

Compatible third-party apps need to be downloaded to a phone before using. Apple and Google’s privacy statements and terms of use apply. Data rates will also apply.

Smartphone integration technology is just one piece of Buick’s commitment to keeping customers connected in a smart and simple way while on the road. Every new Buick also comes standard with OnStar 4G LTE connectivity, which enables a built-in Wi-Fi hotspot for up to 7 devices as well as connected services like OnStar AtYourService, offering savings on relevant purchases like Audiobooks.