Nissan’s “No Charge to Charge” Program Increases to 27 Cities in the U.S. with the Addition of Orlando 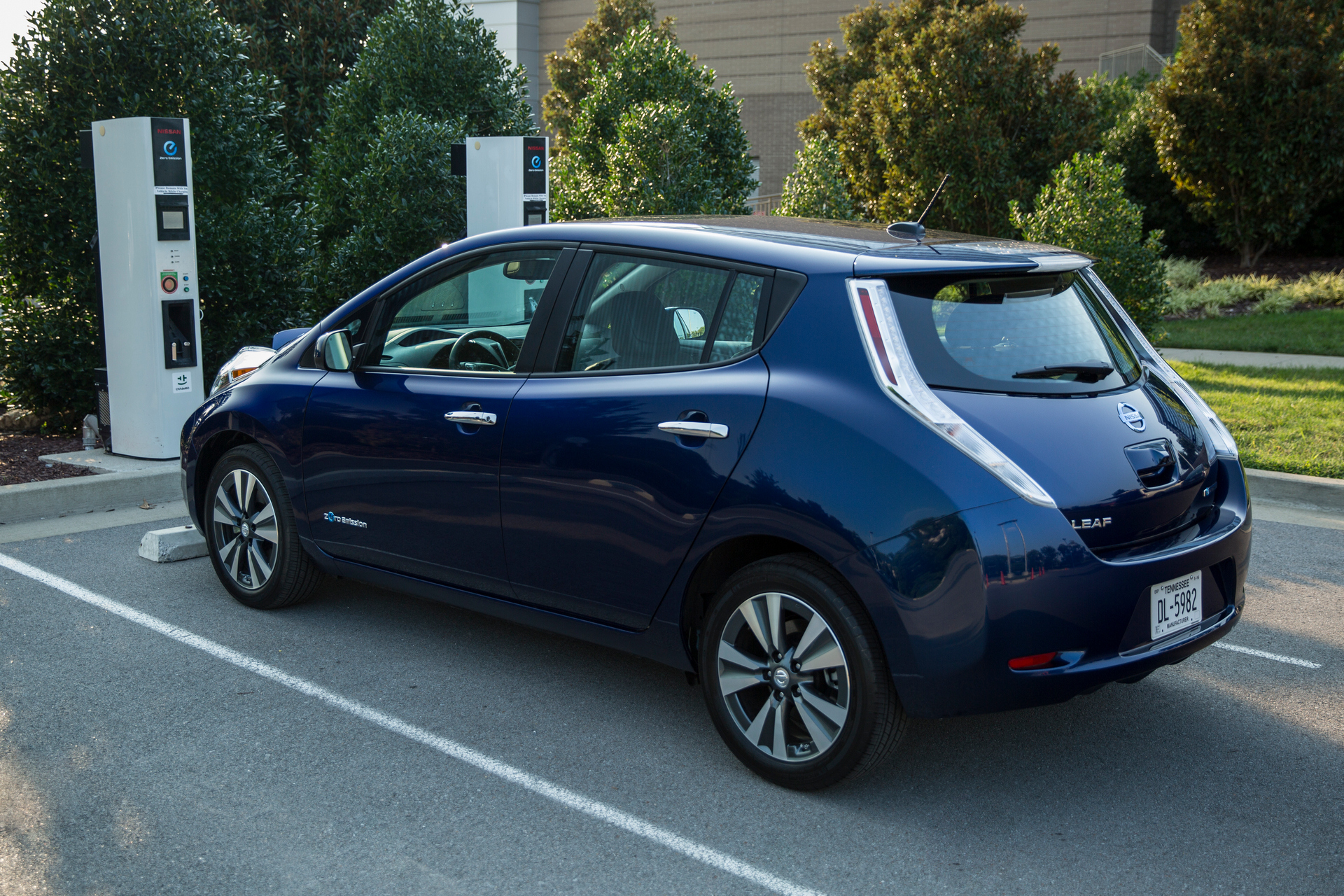 Nissan’s “No Charge to Charge” promotion has officially arrived to the Sunshine State. Nissan will now provide new Nissan LEAF buyers two years of complimentary public charging with the purchase or lease of the all-electric car from participating LEAF-certified dealers in Orlando. 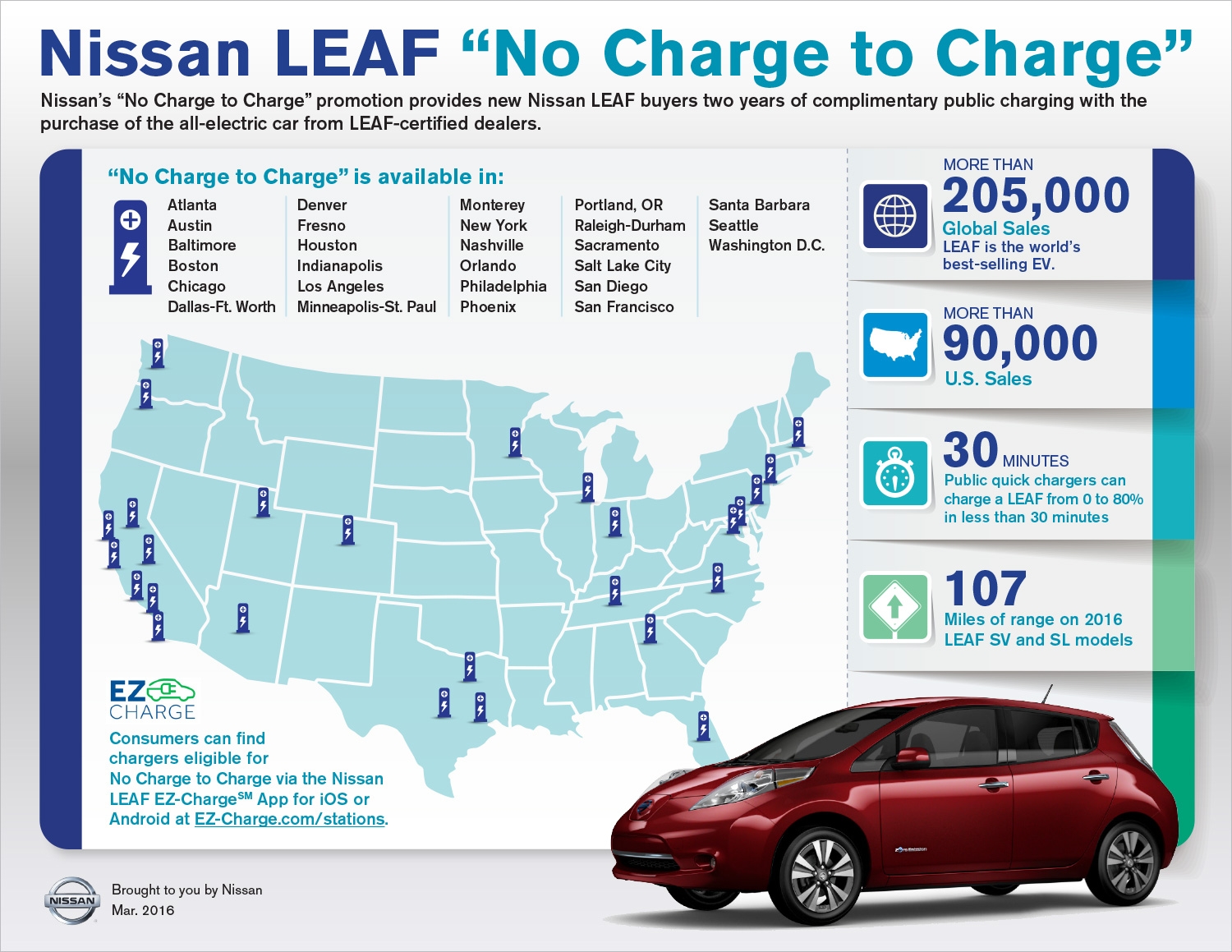 All LEAF models feature an 80kW AC synchronous motor that generates 107 horsepower and 187 lb-ft of torque, providing a highly responsive, fun-to-drive experience that consumers often expect from traditional, gasoline-powered vehicles. Unlike internal combustion engine-equipped vehicles, LEAF has no tailpipe, which means there is no emission of CO2 or other greenhouse gases. The public quick chargers can charge a LEAF from zero to 80 percent in less than 30 minutes.

Consumers can find chargers eligible for “No Charge to Charge” via the LEAF EZ-Charge app for iOS or Android or at ez-charge.com/stations.