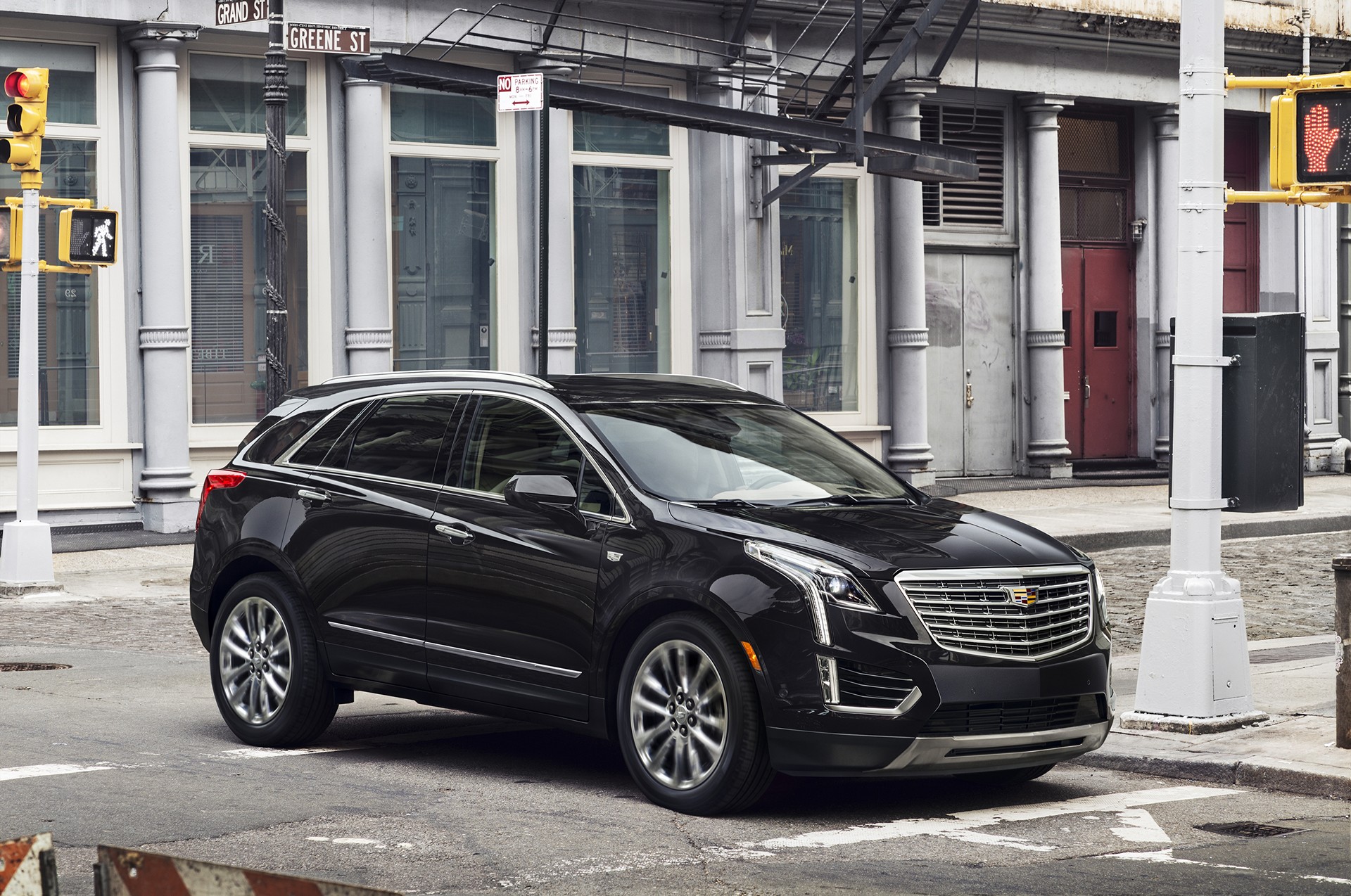 Cadillac unveiled the first-ever 2017 Crossover Touring 5 (XT5,) a comprehensively upgraded luxury crossover and the cornerstone of a new series of crossovers in the brand’s ongoing expansion. The first-ever XT5 premieres this month at the Dubai and Los Angeles auto shows and begins production in the U.S. and China in spring 2016. 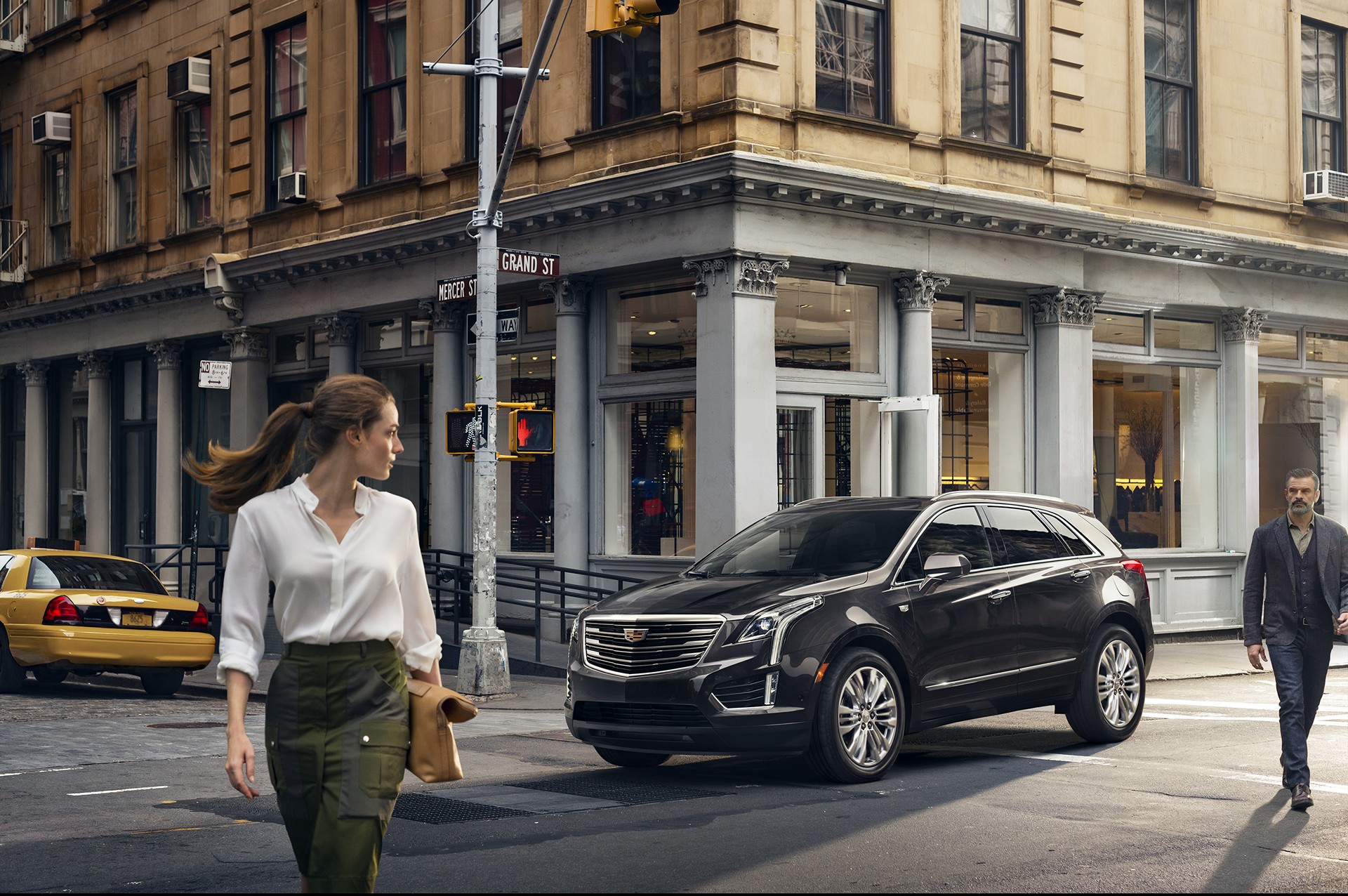 “The all-new XT5 not only enters the most popular segment in the worldwide luxury auto market, it is the first of four new crossovers from Cadillac,” said Cadillac President Johan de Nysschen. “It’s pivotal to our ongoing growth, which is why we’ve developed XT5 from the inside out to provide customers more space, more technology, more luxury and more efficiency.” 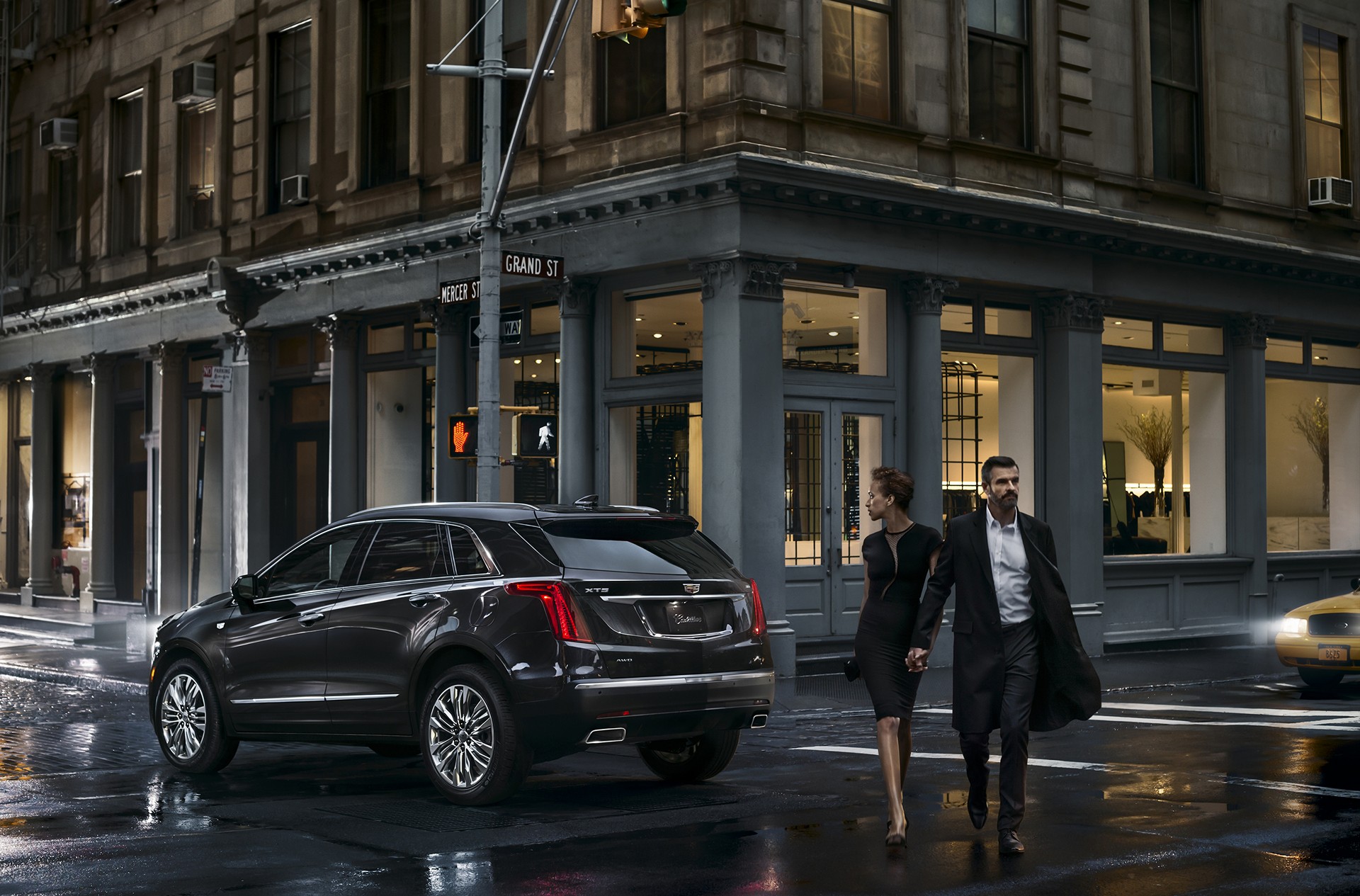 The new luxury crossover joins Cadillac’s lineup immediately following the new range-topping CT6 Sedan, as the brand enters a new phase of product growth. The XT5 is the next chapter in elevating the Cadillac brand: it is bold, distinctive, sophisticated with superb driving dynamics. This new crossover perfectly reflects Cadillac’s positioning in the luxury automotive marketplace, de Nysschen said. 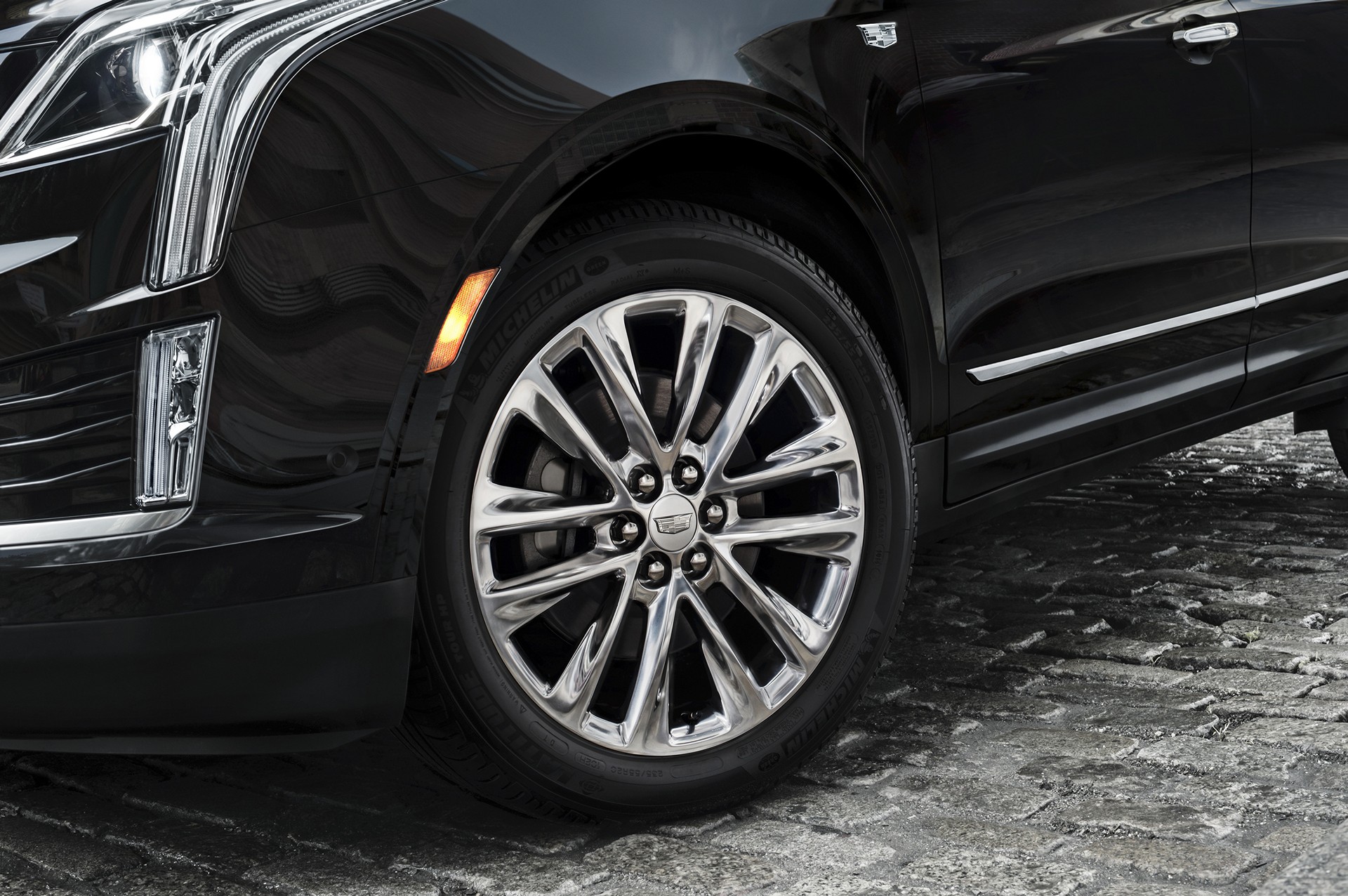 The Cadillac XT5 is completely new, residing on a unique chassis and structure.

Rear-seat legroom is increased 3.2 in. (8.1 cm) in the XT5, compared to the SRX. The rear seat reclines and slides fore and aft, as well. 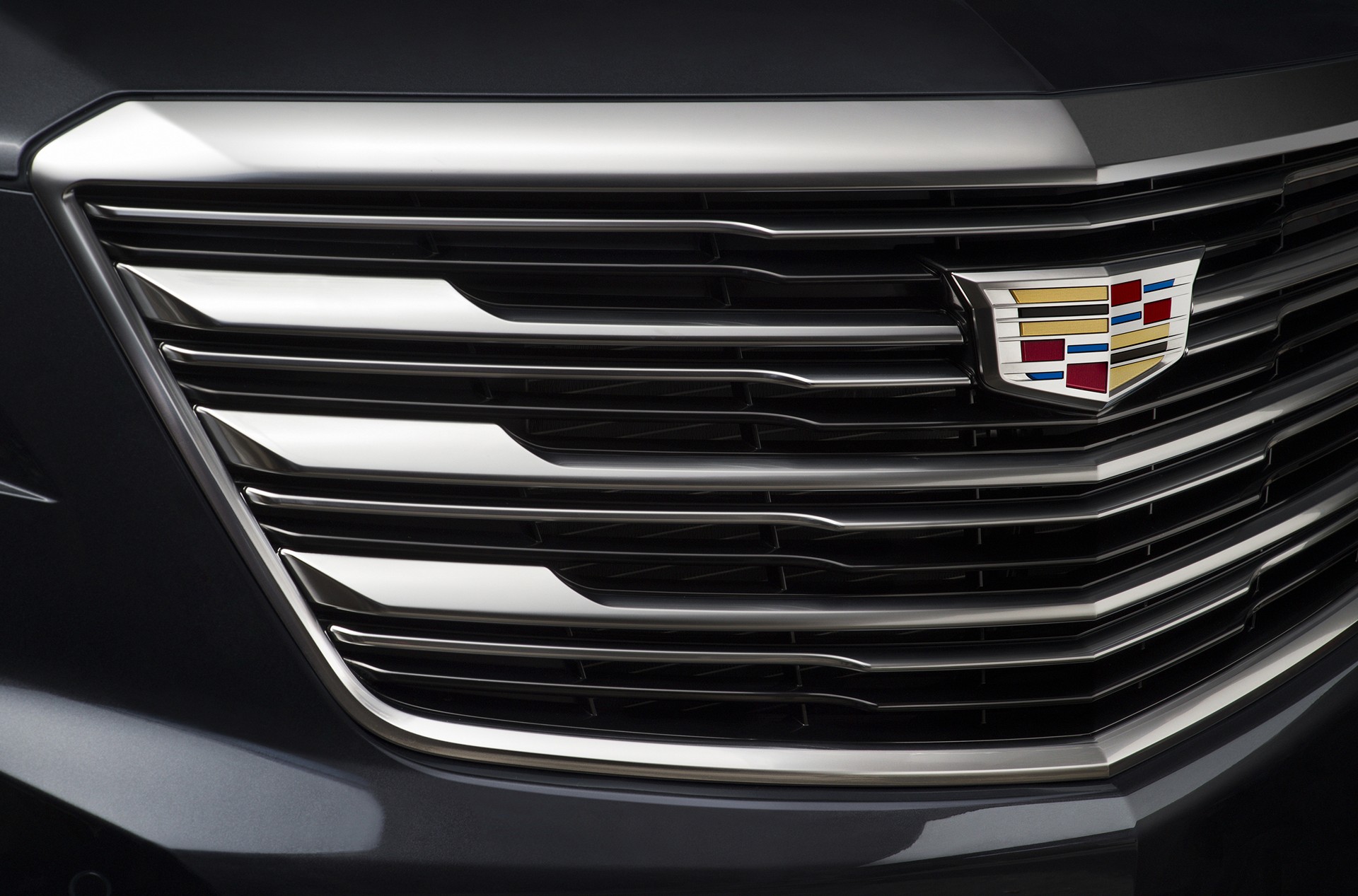 This was achieved using many of the techniques applied on the Cadillac CTS and ATS sport sedans – the lightest cars in their respective segments. This includes the use of laser welding, ultra high-strength steel and advanced analytics that ensure a stronger structure, and excellent crash performance with less overall bulk.

“The new XT5 takes the lessons learned from Cadillac’s highly acclaimed lightweight and agile luxury cars and adjusts the formula for the unique desires of the crossover vehicle customer,” says David Leone, Cadillac executive chief engineer. “Reducing mass and bulk not only improves driving dynamics, it enables us to improve interior space and fuel efficiency.” 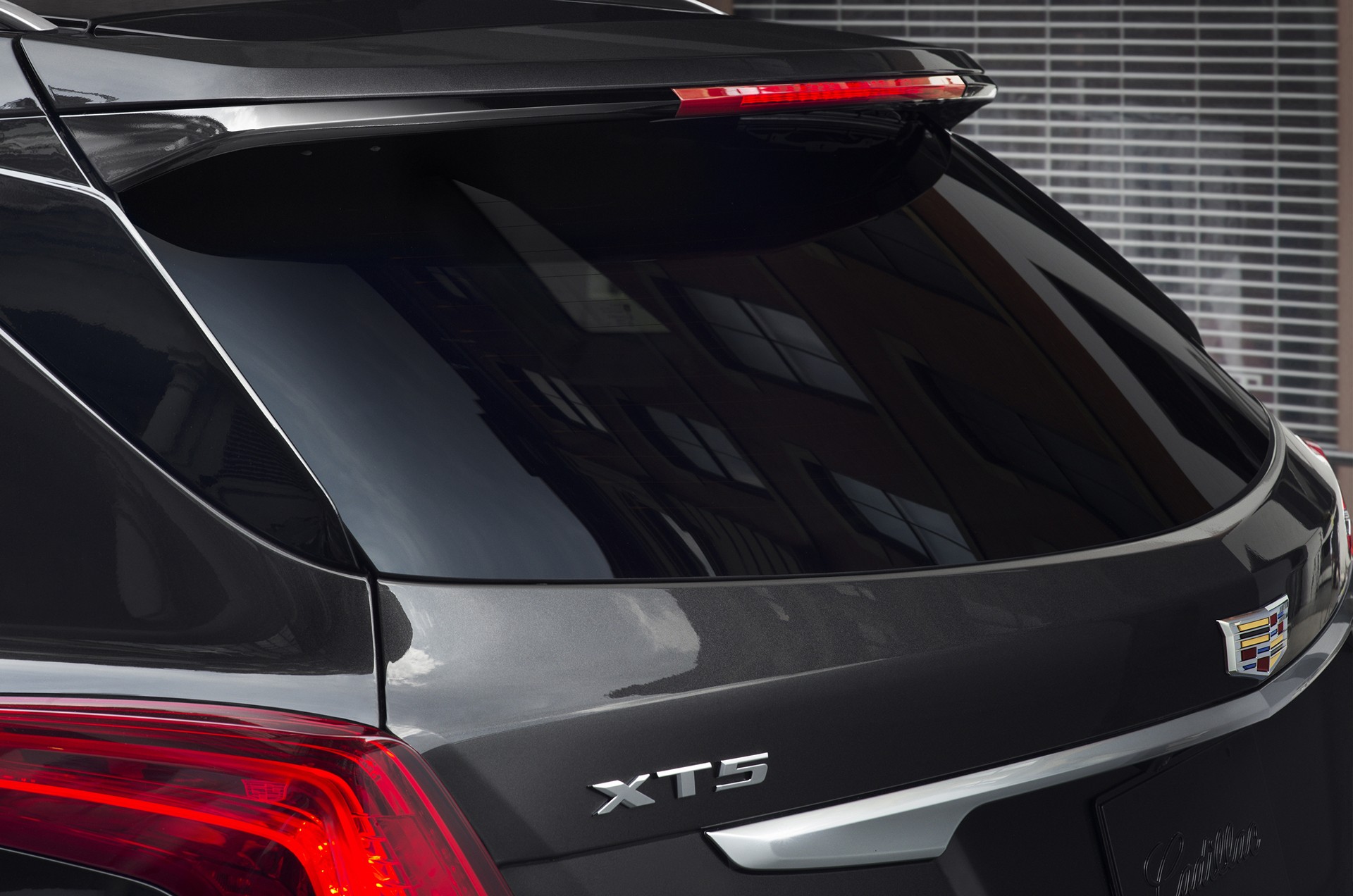 The new architecture delivers a wheelbase two inches longer than the SRX, and a track one inch wider, enabling more useable interior space. However, the XT5’s overall length, width and height are fractionally smaller than the SRX. This gives the car a firmly planted stance, and a lean and sleek look.

The XT5 brings a new level of sophistication to showcase Cadillac’s evolving design language, recently seen on the upcoming CT6 Sedan. The XT5 has a strong visual presence, a lean, taut, liquid quality to the surfaces with flowing, uninterrupted lines separated by crisp edges.

“The XT5 has a great stance, with wheels further to the corners and overhangs reduced,” said Andrew Smith, Cadillac executive director of global design. “Our team continues to evolve the design language of Cadillac.” 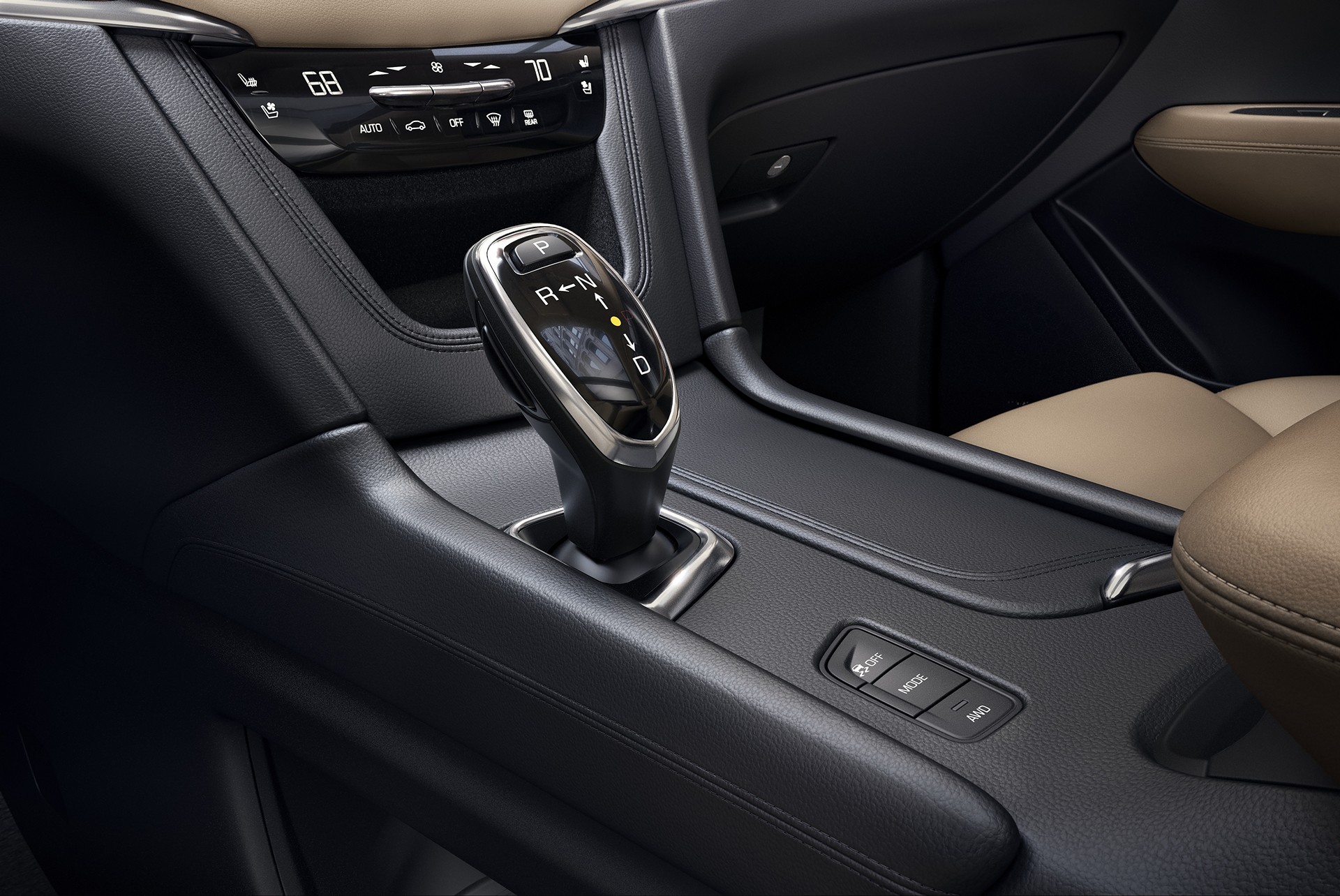 The XT5’s interior is based on a philosophy of clean, modern elegance and craftsmanship.

“We believe that luxury crossover customers particularly focus on interior design and materials,” said Smith. “This design direction is predicated on modern craftsmanship and the artistic integration of technology.”

Interior surfaces inside the XT5 are wider and more horizontal in orientation, emphasizing efficient use of space. Like all Cadillac models, the interior is assembled with cut-and-sewn wrapped panels, rather than molded surfaces typical of mainstream vehicles. 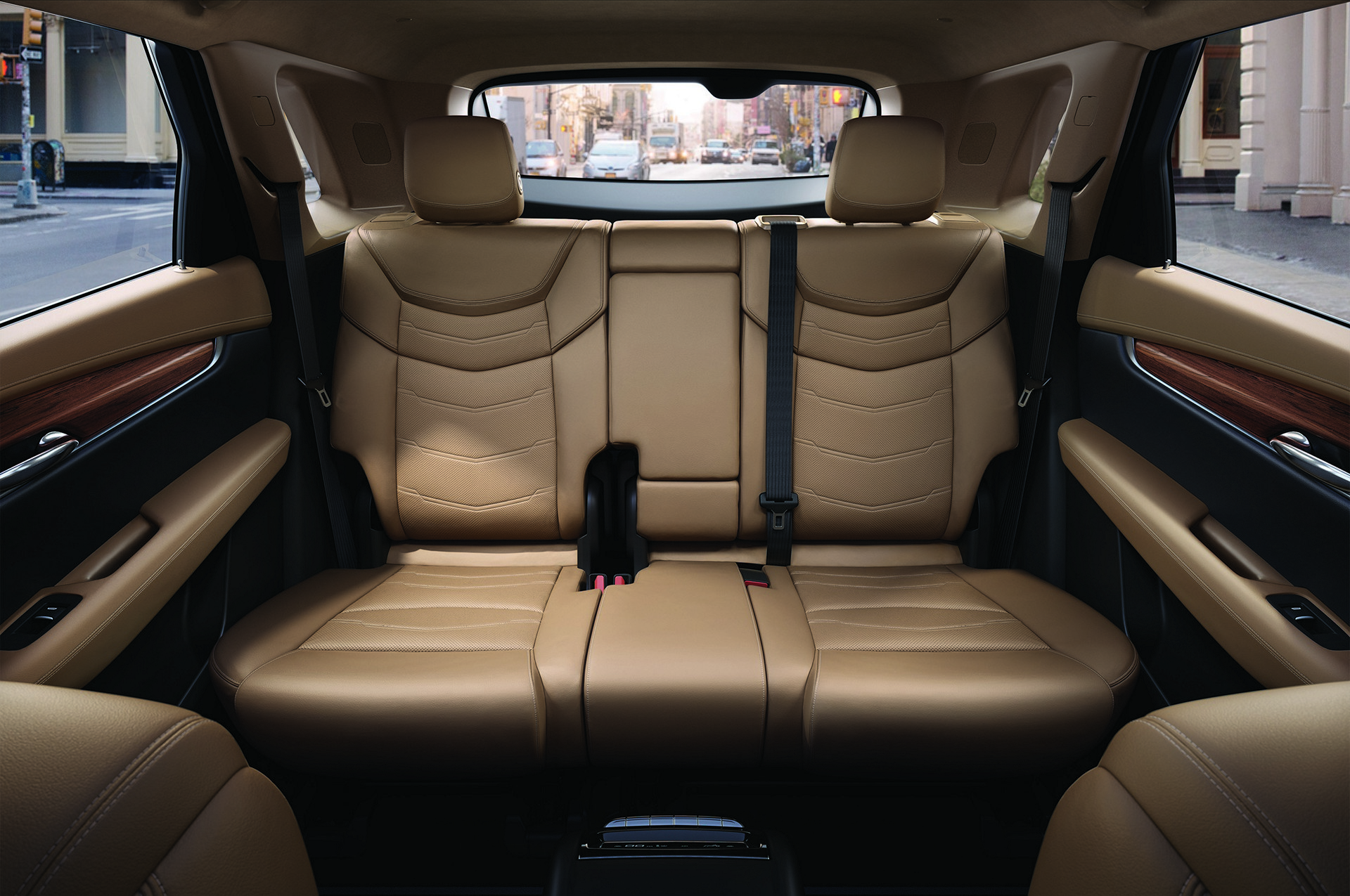 “Our focus for the interior was sophistication and simplicity, ensuring an economy of lines to reduce visual noise and clutter,” Smith said. “A feeling of space is the ultimate luxury, so we sought to emphasize that. We also use a greater variety of authentic materials and palette of colors to deliver expressive interiors in all trim levels.” 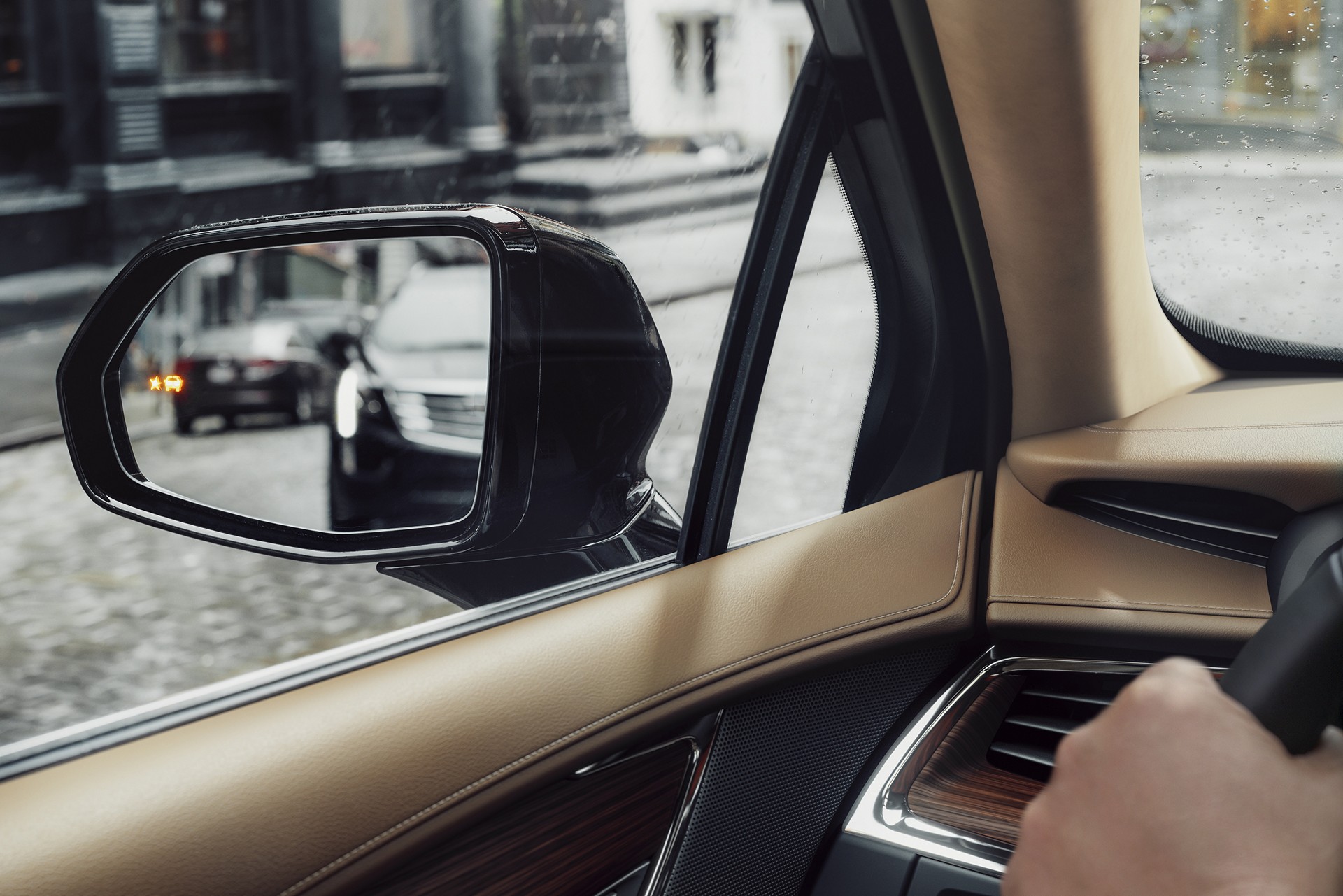 Cadillac will offer a Platinum edition for the first time in this segment. Made popular initially on Cadillac’s Escalade, the XT5 Platinum includes unique interior and exterior trim and materials and combines them with the highest technology features. In total, the XT5 includes five interior color and trim choices, with decorative trim options ranging from carbon fiber to two types of aluminum and three types of genuine wood. 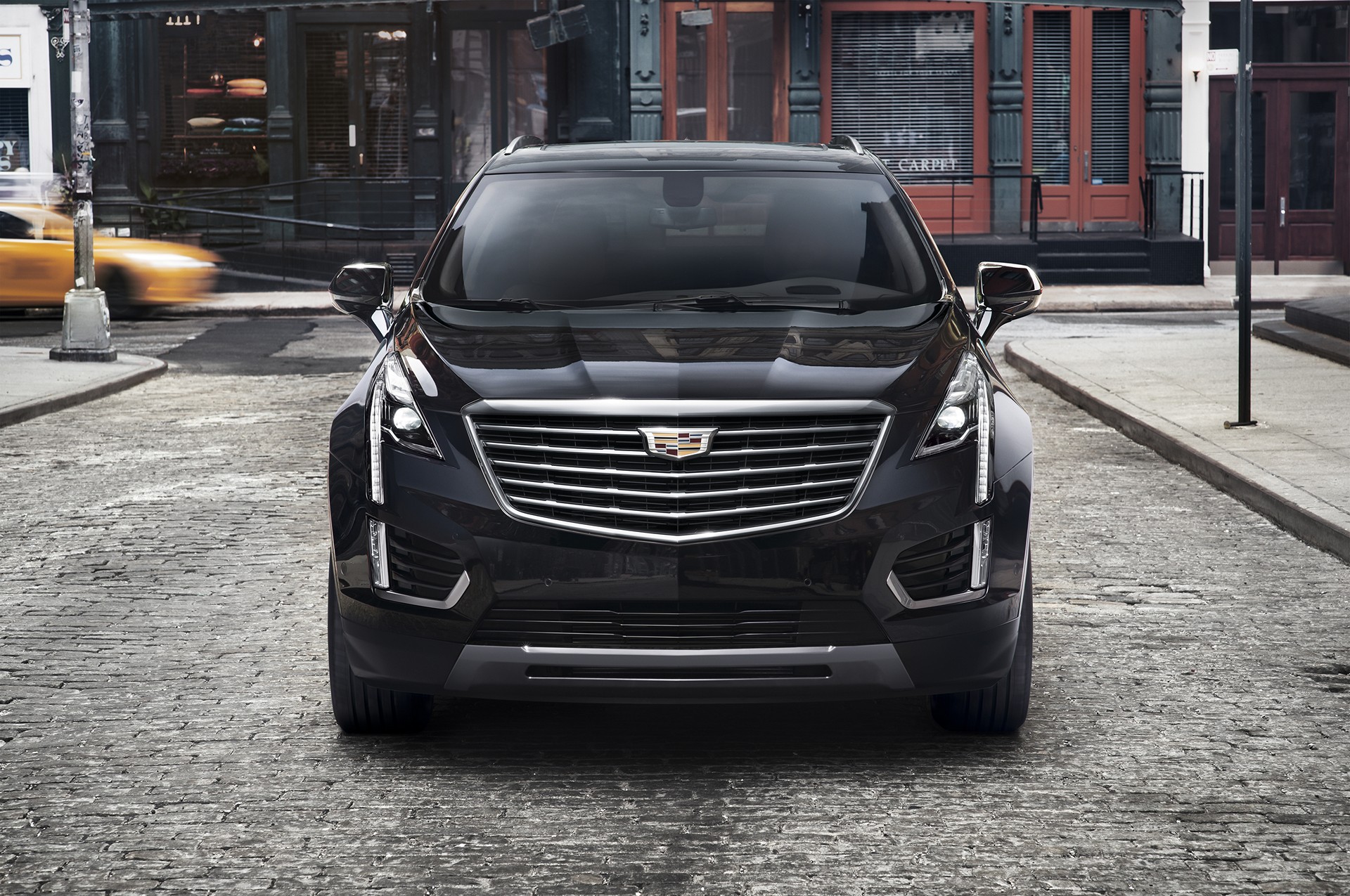 In the U.S. market, the 2017 Cadillac XT5 will be powered by the new 3.6-liter V6 engine which debuted earlier this year on the brand’s ATS and CTS sport sedans and is featured on the CT6. This engine has been completely redesigned and features Active Fuel Management cylinder deactivation technology, which allows the engine to seamlessly and automatically switch to a fuel-saving 4-cylinder mode under low or moderate loads.

With an estimated peak output of 310-horsepower and 270 lb-ft of torque, the new V6 uses variable valve timing for strong response and smooth power delivery. Cadillac’s new Stop/Start technology automatically stops and starts the engine when the vehicle is at rest in traffic stops, saving fuel and reducing emissions while enhancing the quietness expected of a luxury vehicle. 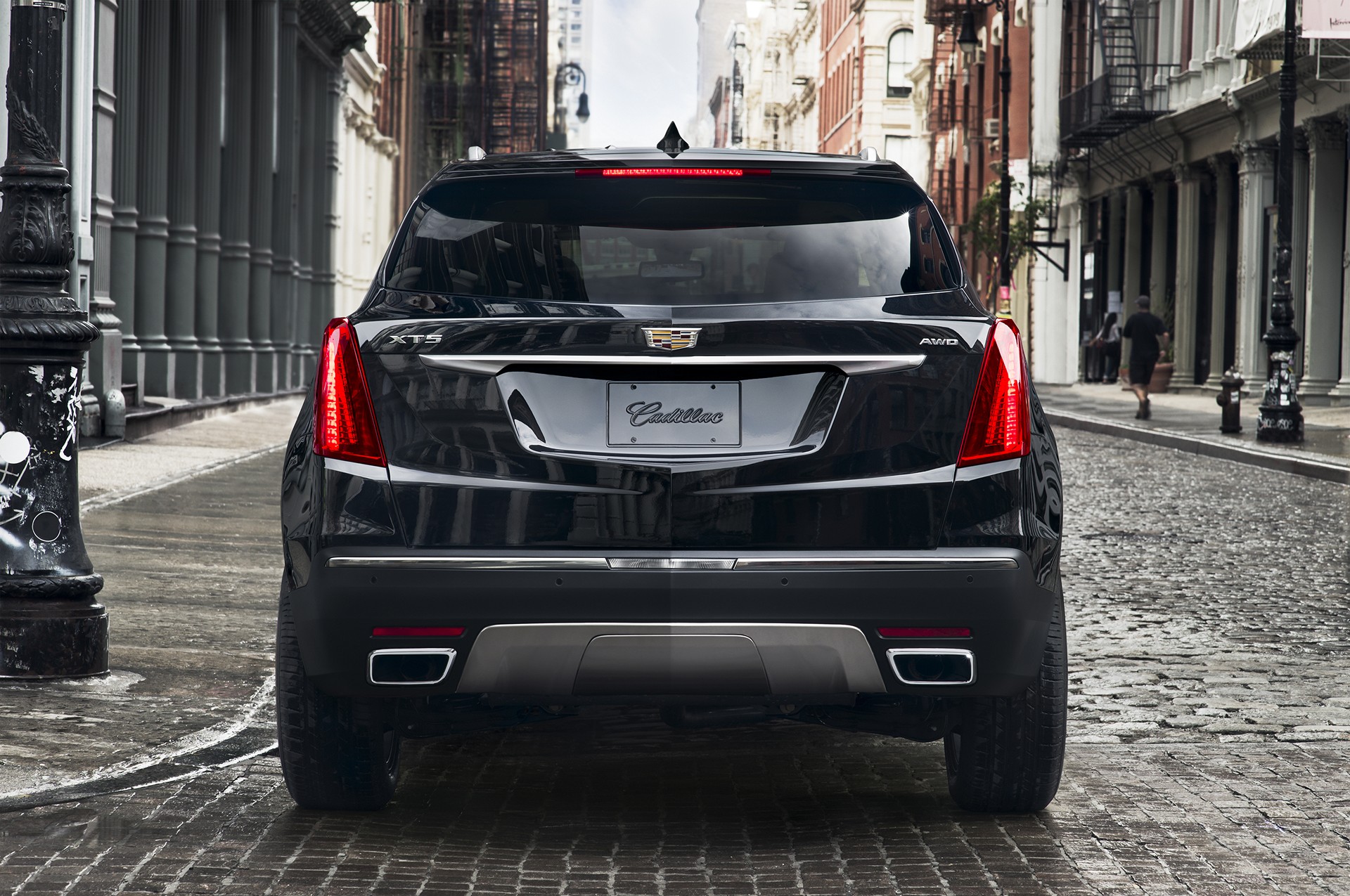 In China, the XT5 will be offered with a standard 2.0-liter four-cylinder turbocharged engine. Powerful, yet compact, the 2.0T also features Stop/Start technology. 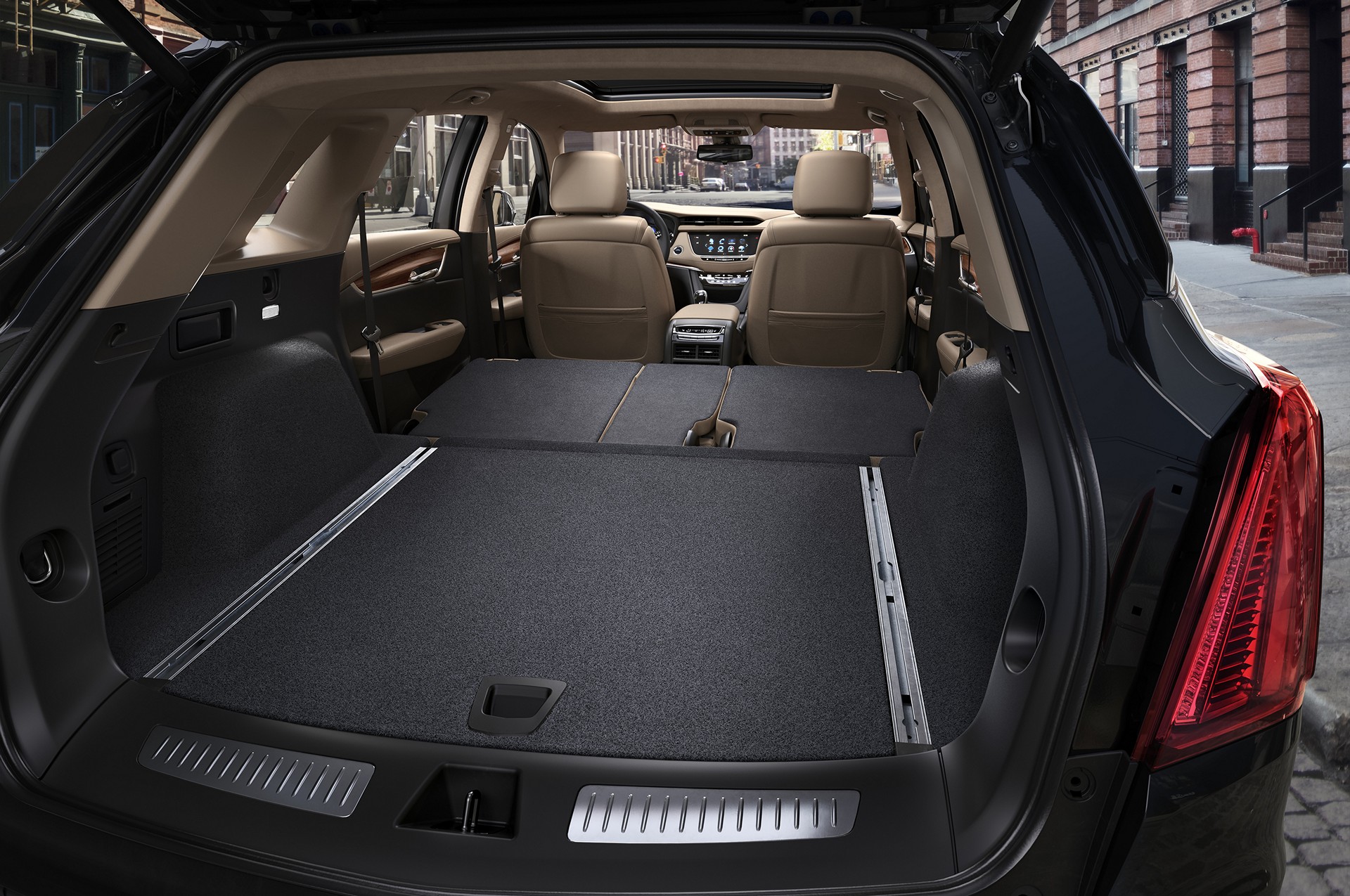 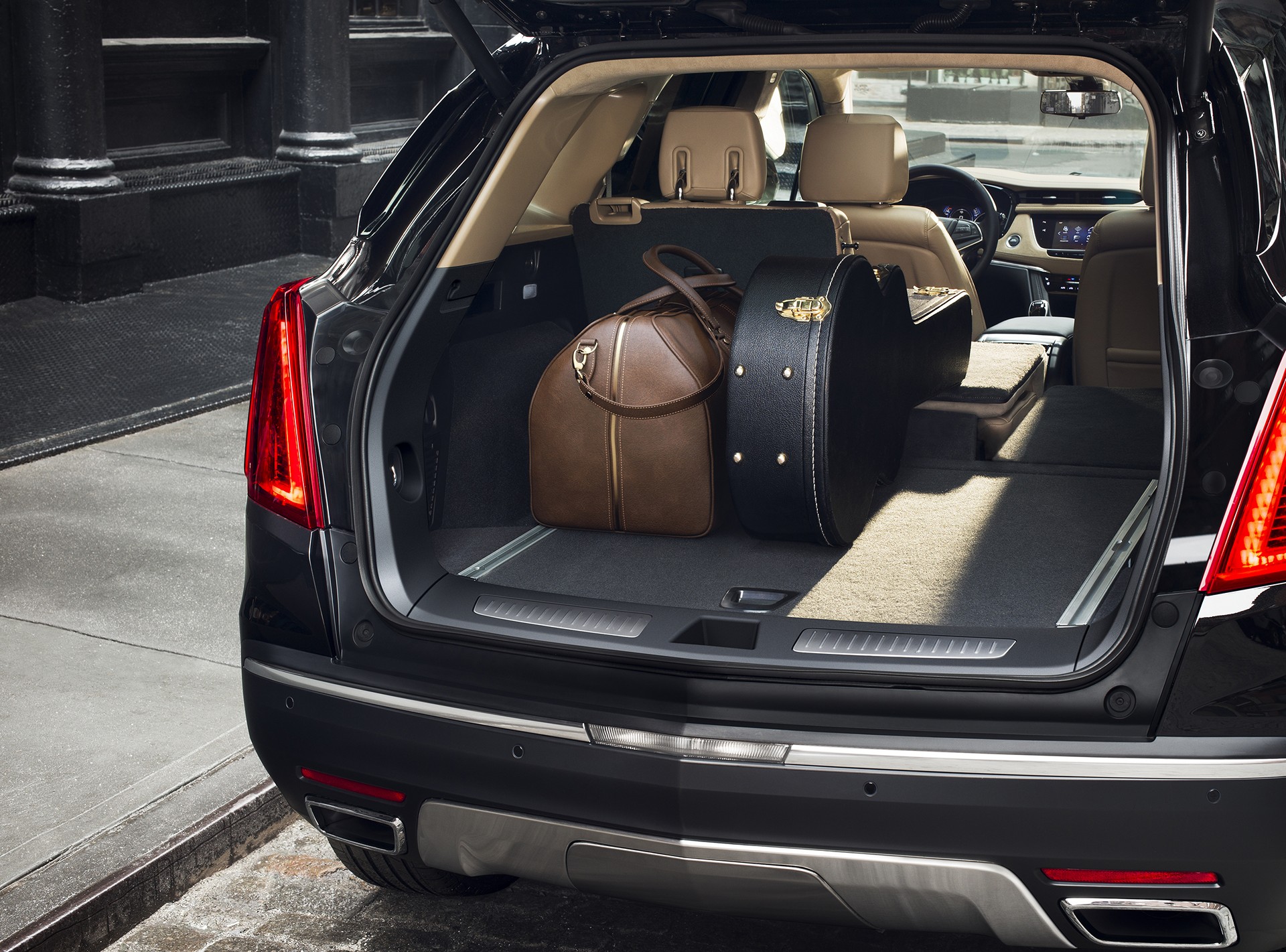 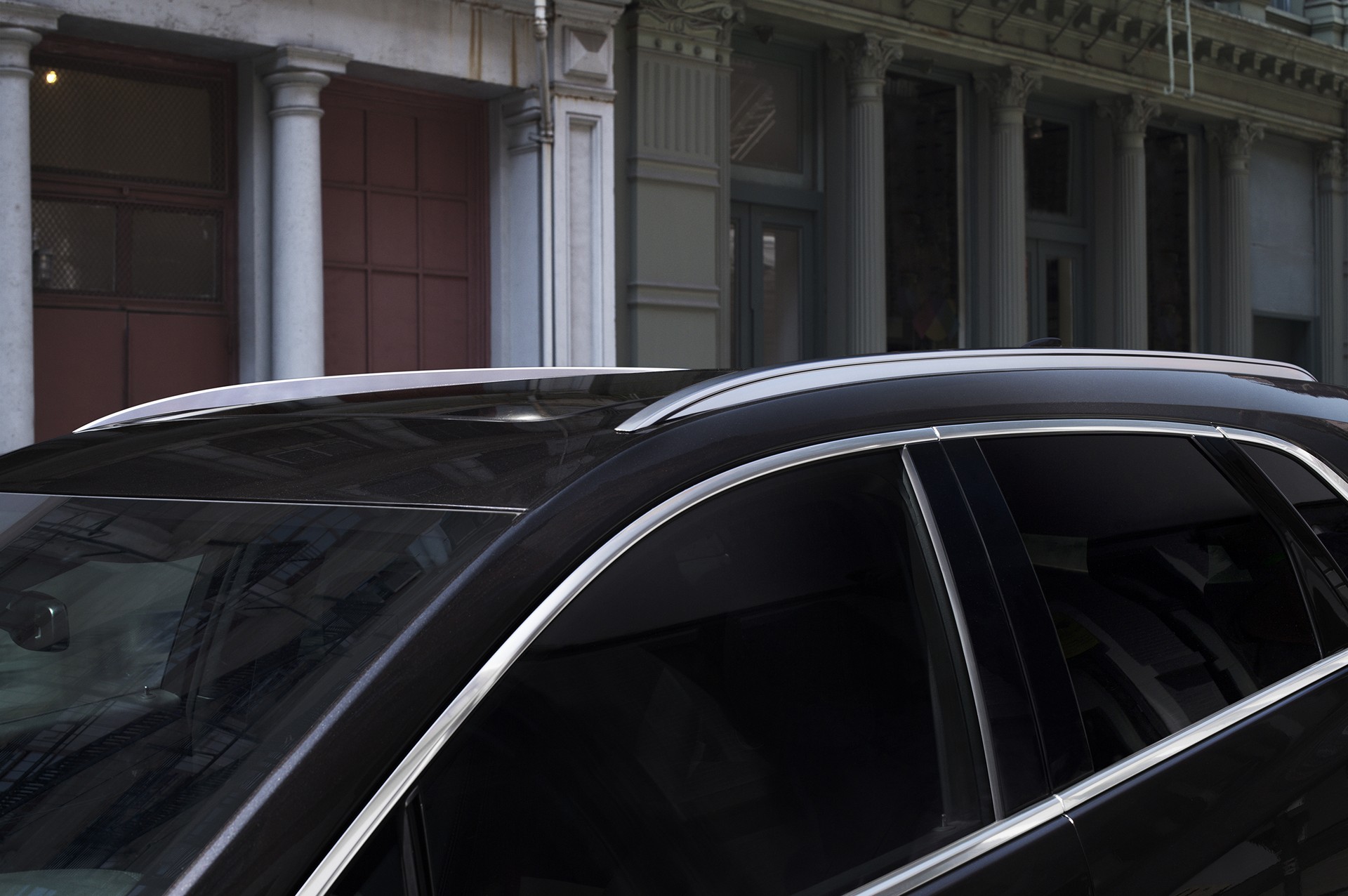 The AWD system is driver-controlled, and includes a new “disconnect” feature that disables the rear drive unit for improved fuel efficiency and reduced emissions.

The lightweight structure of the XT5 is stiffer and stronger than the SRX due to the use of improved materials and advanced design methods. A diagonal “A-frame” front chassis brace in the underbody was added to provide a more solid driver feel and stiffness for the vehicle in turns.

The new suspension features lightweight components with a MacPherson Strut design in the front and a five-link independent design at the rear. 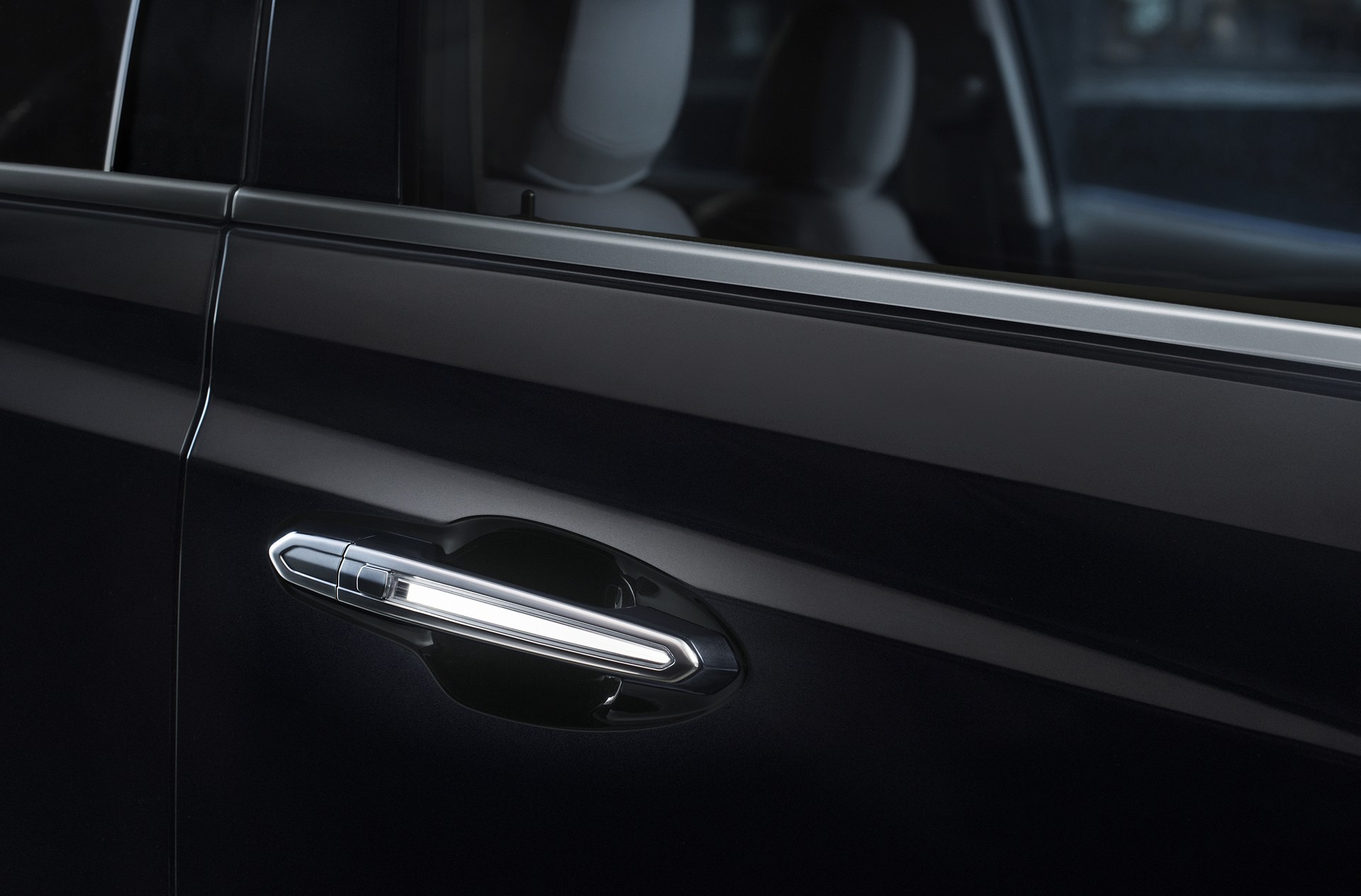 Standard wheels are 18-inches with 20-inch wheels optional. All versions equipped with 20-inch wheels have a Continuous Damping Control system to manage ride control in real time. Additional ride bushings on the rear cradle are exclusive to the XT5 Platinum model and are specifically tuned to provide added ride comfort for rear seat passengers. 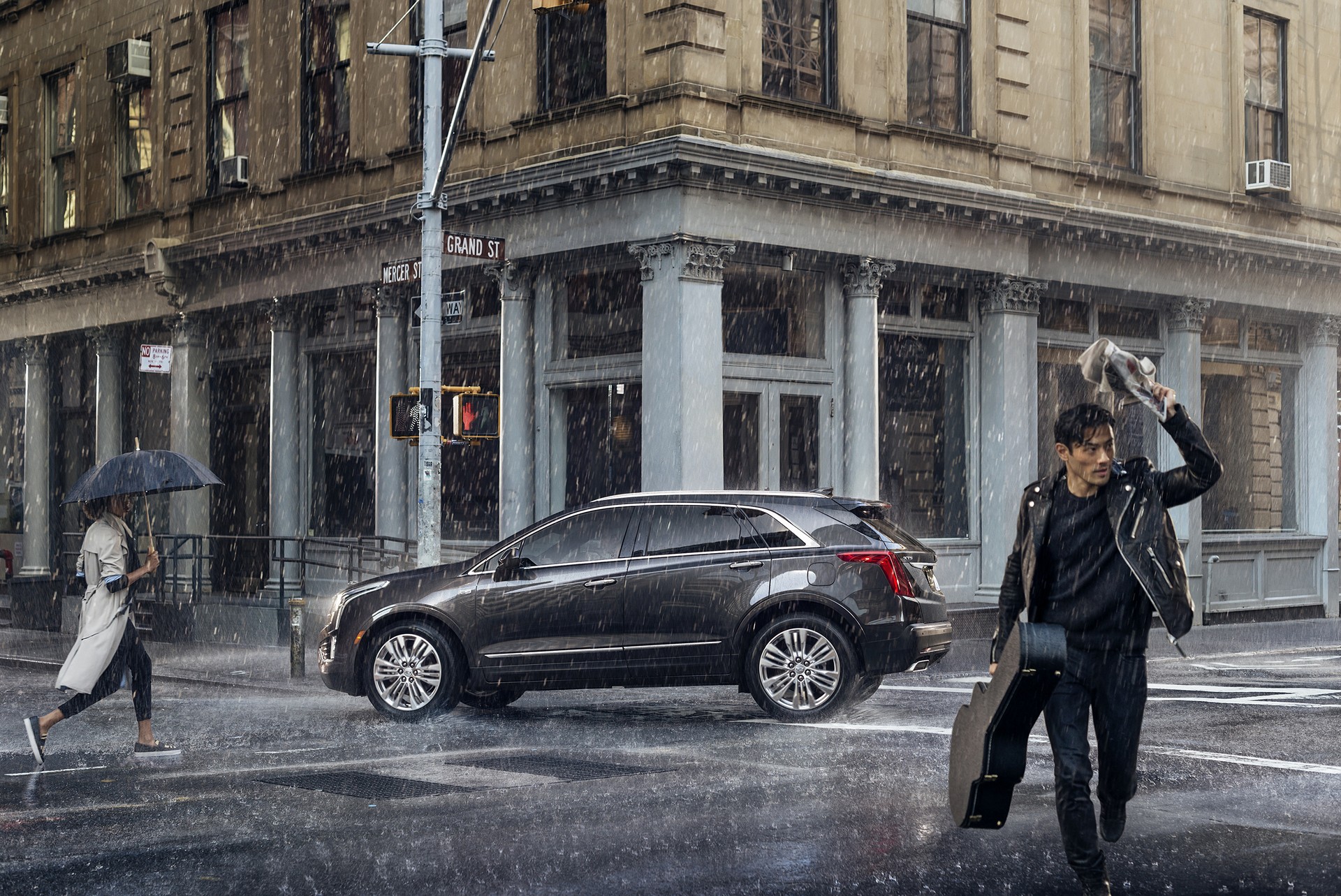 Cadillac’s patented new industry-leading Rear Camera Mirror system debuts on the CT6 sedan and the XT5. The system enhances the driver’s rear vision by 300 percent, using a video display applied over the conventional inside rearview mirror. A high-dynamic range camera records wider images behind the car, streams the image to video processing software which “removes” obstacles such as the roof, rear pillars and rear seat passengers, projecting an unobstructed view to a Liquid Crystal Display.

The Cadillac CUE system for connectivity and control is upgraded for the XT5. A faster and more powerful processor provides best-ever response and accuracy. The XT5 features an integrated wireless charger for mobile devices, with a slot designed into the center console. Like all Cadillac models in 2016, XT5 features 4G wireless connectivity, with a standard integrated Wi-Fi hotspot and standard Apple CarPlay and Android Auto for simpler in-car phone integration.

The rear liftgate of the XT5 includes hands-free operation, allowing it to open or close via gesture control beneath the rear bumper.

An optional color reconfigurable Heads-Up Display is available. Cadillac’s signature LED light pipes are standard inside and out, while full LED headlamps are optional. A Surround Vision feature enables a “bird’s eye” view of the perimeter around the car to assist in parking.