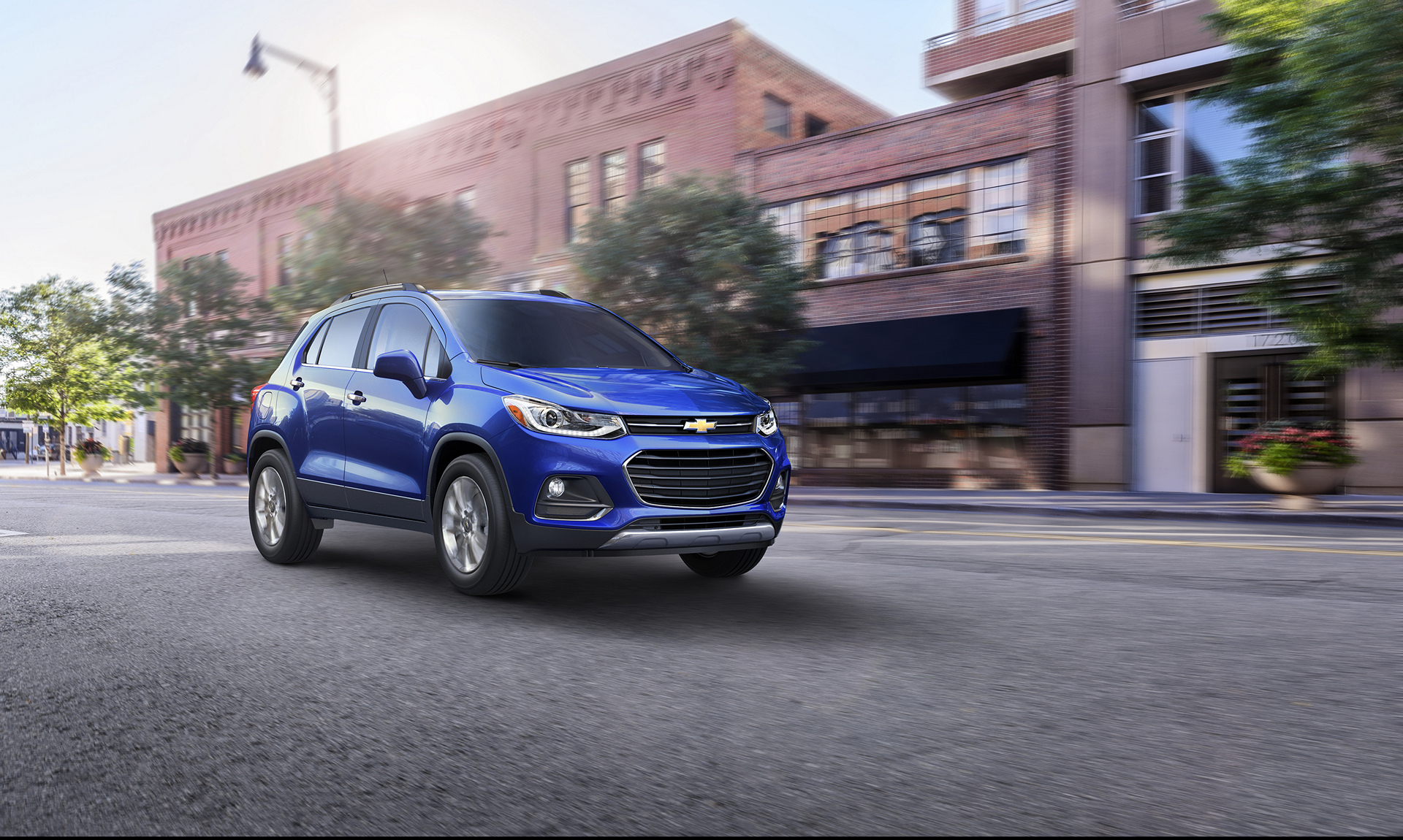 Building on its early success and the rapid growth of the segment, Chevrolet today introduced the 2017 Trax – a more expressive take on one of America’s best-selling small SUVs. 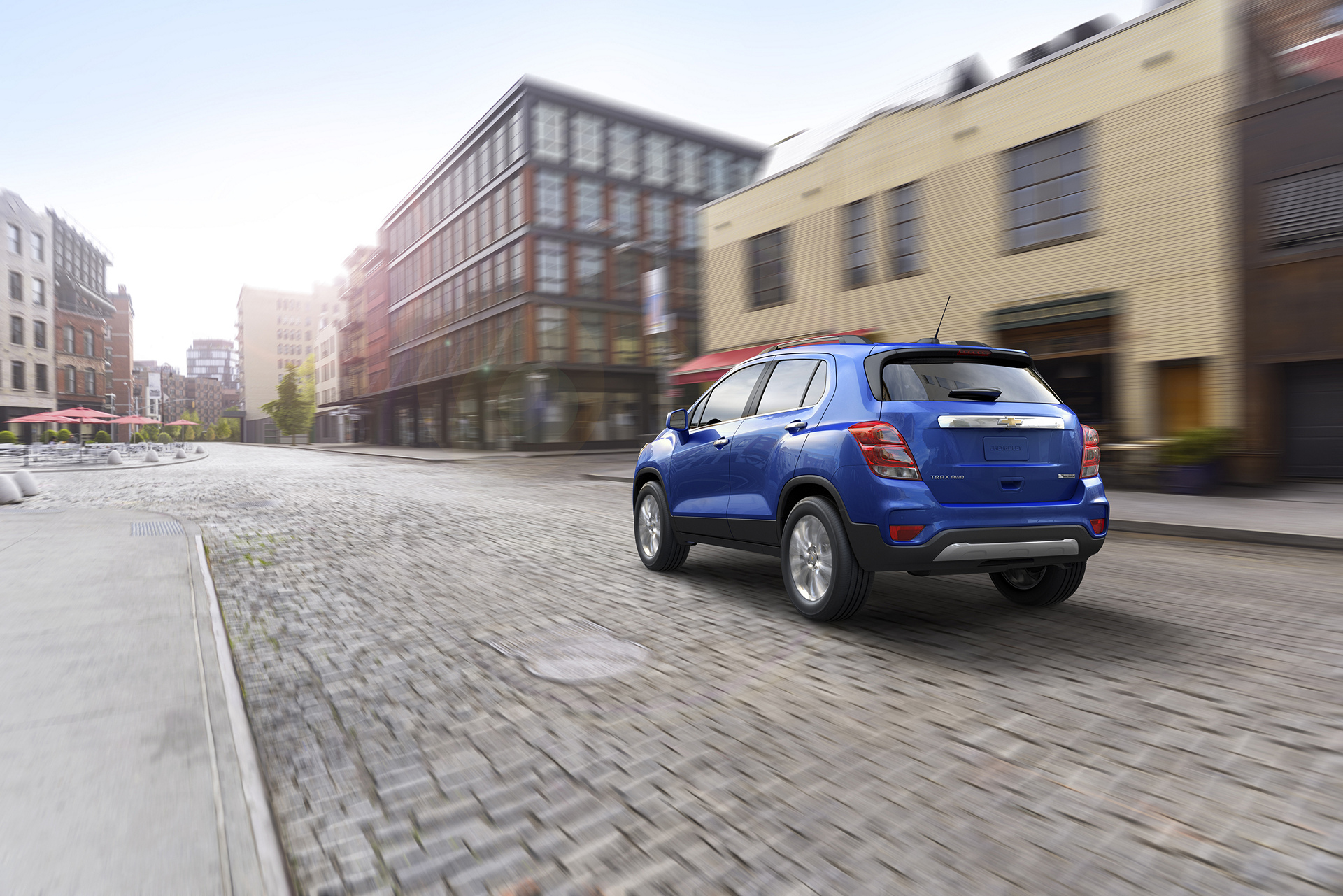 “In the fastest-growing segment, Chevrolet Trax’s momentum is sure to continue with great design enhancements, premium details, and the latest technologies,” said Steve Majoros, director of marketing, Chevrolet Cars and Crossovers. “Features such as Apple CarPlay and Android Auto compatibility and four new active safety features offer customers more than most competitors – and at an entry-level price.”

With sales of 63,303 in 2015 – its first full year on the market – the Trax quickly climbed to the second-best-selling small SUV in America. It is also ranked in the top three globally, achieving more than 400,000 sales in 73 markets since its launch in late 2012. China and the United States are its top markets.

In the United States, more than half of Trax’s customers with a trade-in turned in something other than a Chevrolet. Trax also attracts nearly 60 percent female customers – the highest percentage in the brand’s entire lineup.

“With the Colorado and Trax, Chevrolet and our dealers are able to offer brand-new entries in fast-growing segments, which helps bring new customers to Chevrolet,” said Majoros. “And with other new vehicles such as the Cruze Hatchback and Bolt EV, we will continue to attract new customers to the Chevrolet franchise and continue to grow market share, as we did in 2015.”

The 2017 Trax goes on sale this fall, offered in LS, LT and new Premier trims. 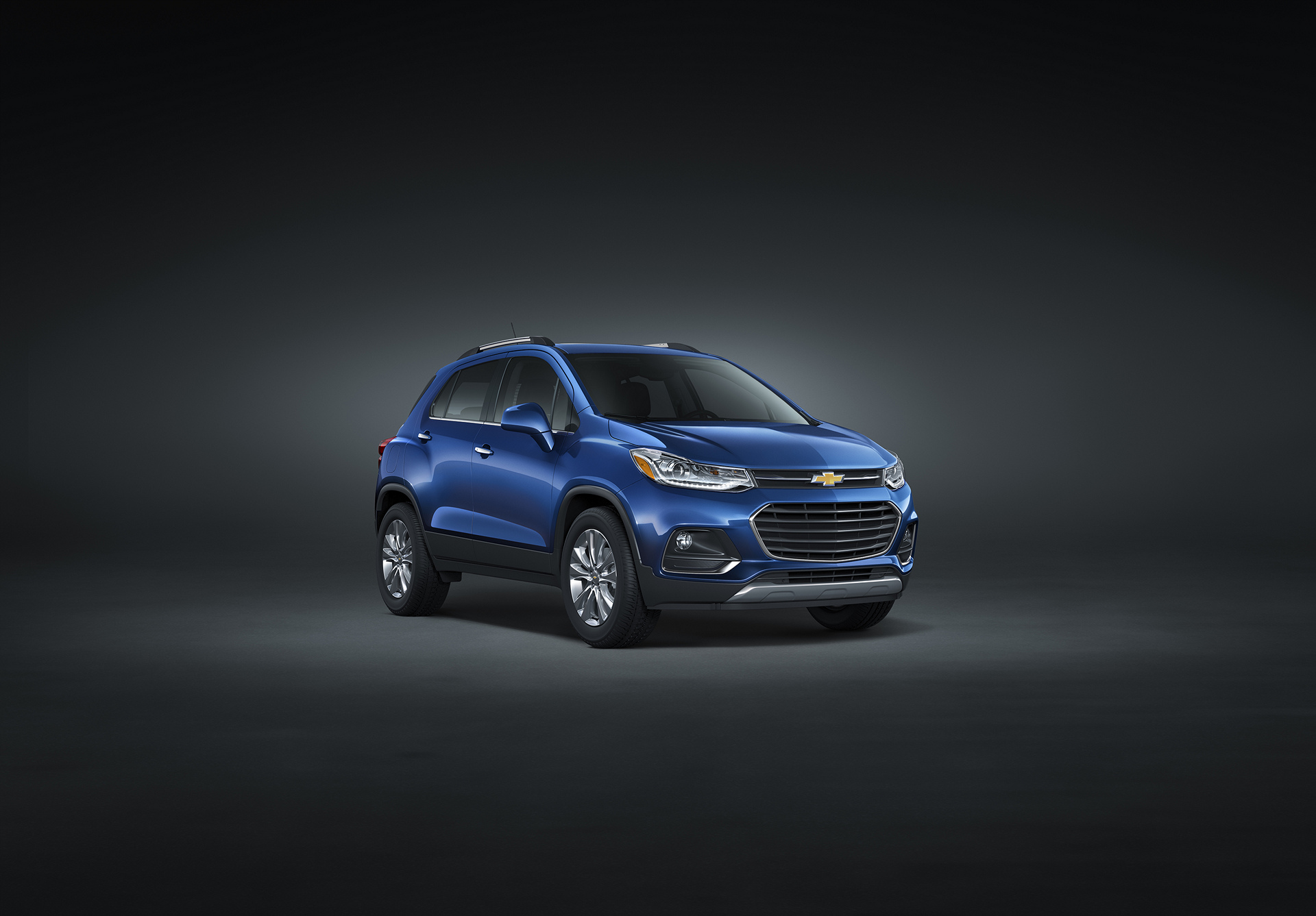 The Trax’s fresh, contemporary appearance reflects the modern face of Chevrolet around the globe. A new grille and headlamps echo the styling elements seen in new Chevrolet models such as the Malibu, Cruze and Volt.

At the rear is a new fascia and dual taillamps, with the Premier model featuring LED signature lighting. The Premier is also offered with new 18-inch aluminum wheels. 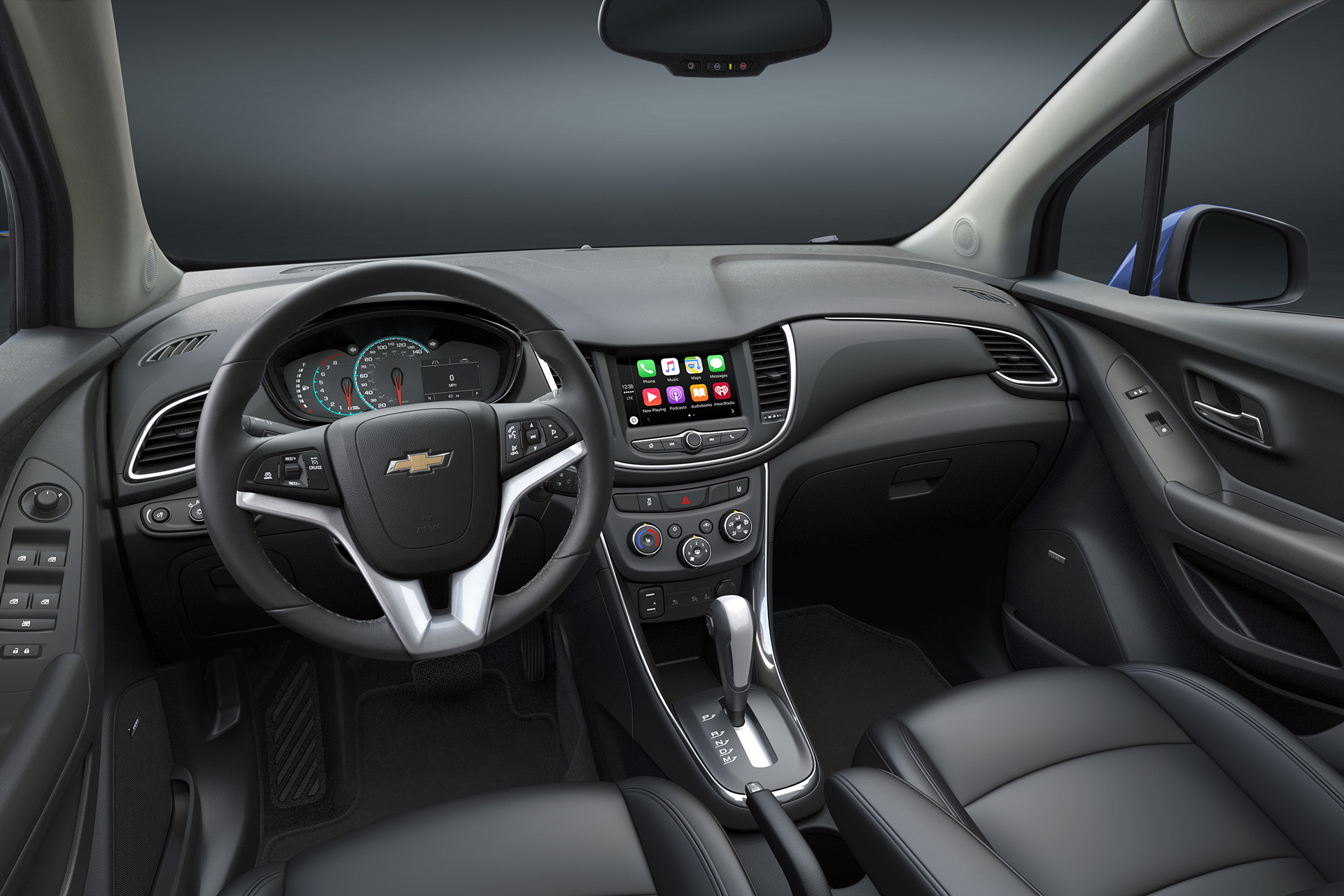 A modified instrument panel is the foundation for the 2017 Trax’s premium interior enhancements. It interprets Chevrolet’s signature dual-cockpit design more expressively, with an upper dashboard hood that flows uninterrupted across the panel to enhance the perception of spaciousness.

“Customers will really notice the elevation in the Trax’s interior design and attention to detail,” said Kim. “It’s an environment that transcends segment boundaries, offering rich, premium appointments and seamless integration of the technologies they rely on most.”

Also new for 2017 is the instrument cluster, which features a new gauge display with prominent analog speedometer and tachometer readouts along with digital displays from the standard driver information center. 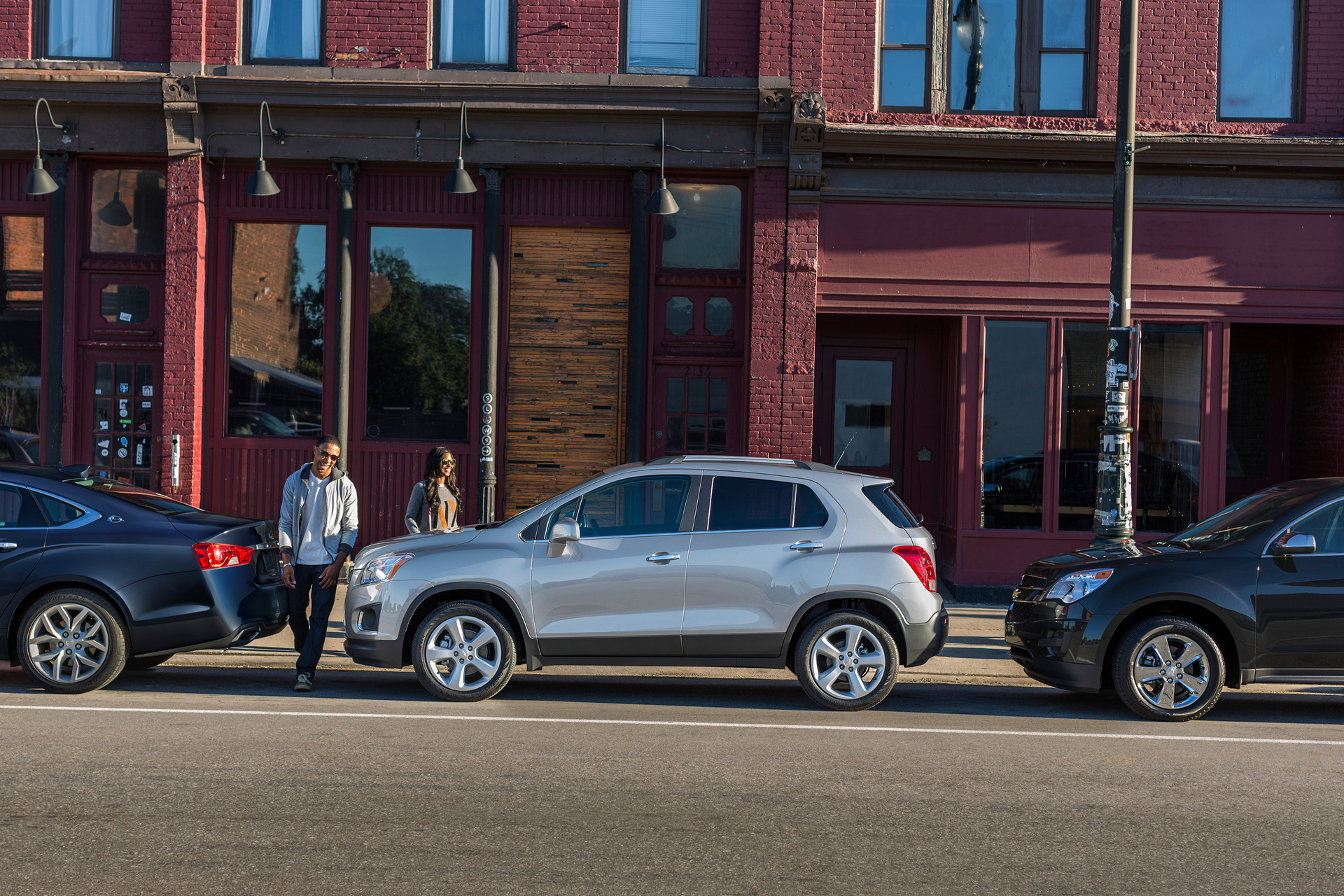 With the 4G LTE connection, Trax allows passengers to connect up to seven personal devices such as smartphones, laptops and tablets, to high-speed wireless Internet. Keyless Open and Start also add to the Trax’s roster of available new technologies. 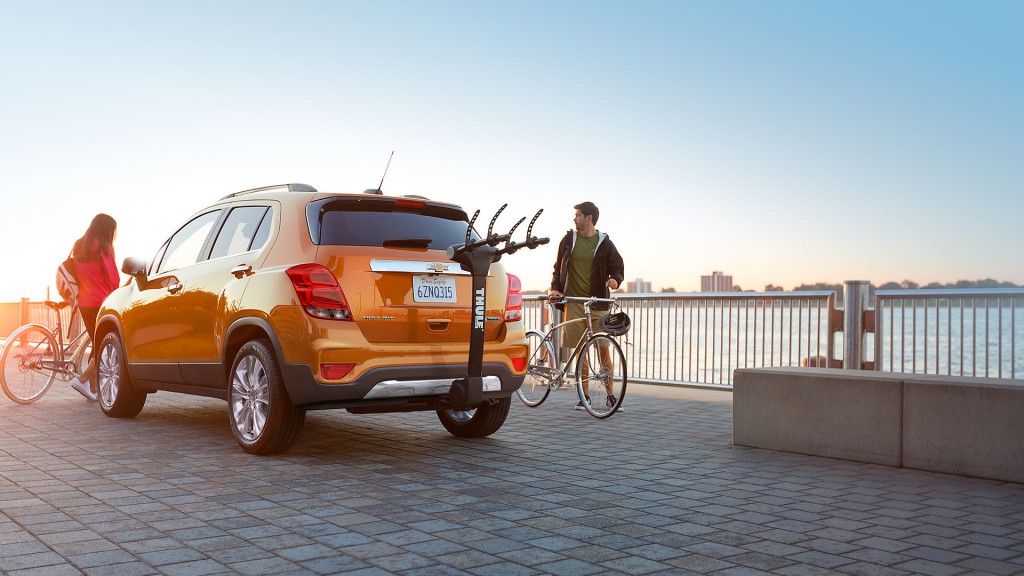 New active safety features are designed to help alert drivers to potential crash situations. They are available depending on the model and include:

Founded in 1911 in Detroit, Chevrolet is now one of the world’s largest car brands, doing business in more than 115 countries and selling more than 4.0 million cars and trucks a year. Chevrolet provides customers with fuel-efficient vehicles that feature engaging performance, design that makes the heart beat, passive and active safety features and easy-to-use technology, all at a value.